This is the Renna M. Carlson Library on the campus of Clarion University in Clarion, Pa, on Wednesday, Oct. 21, 2020. 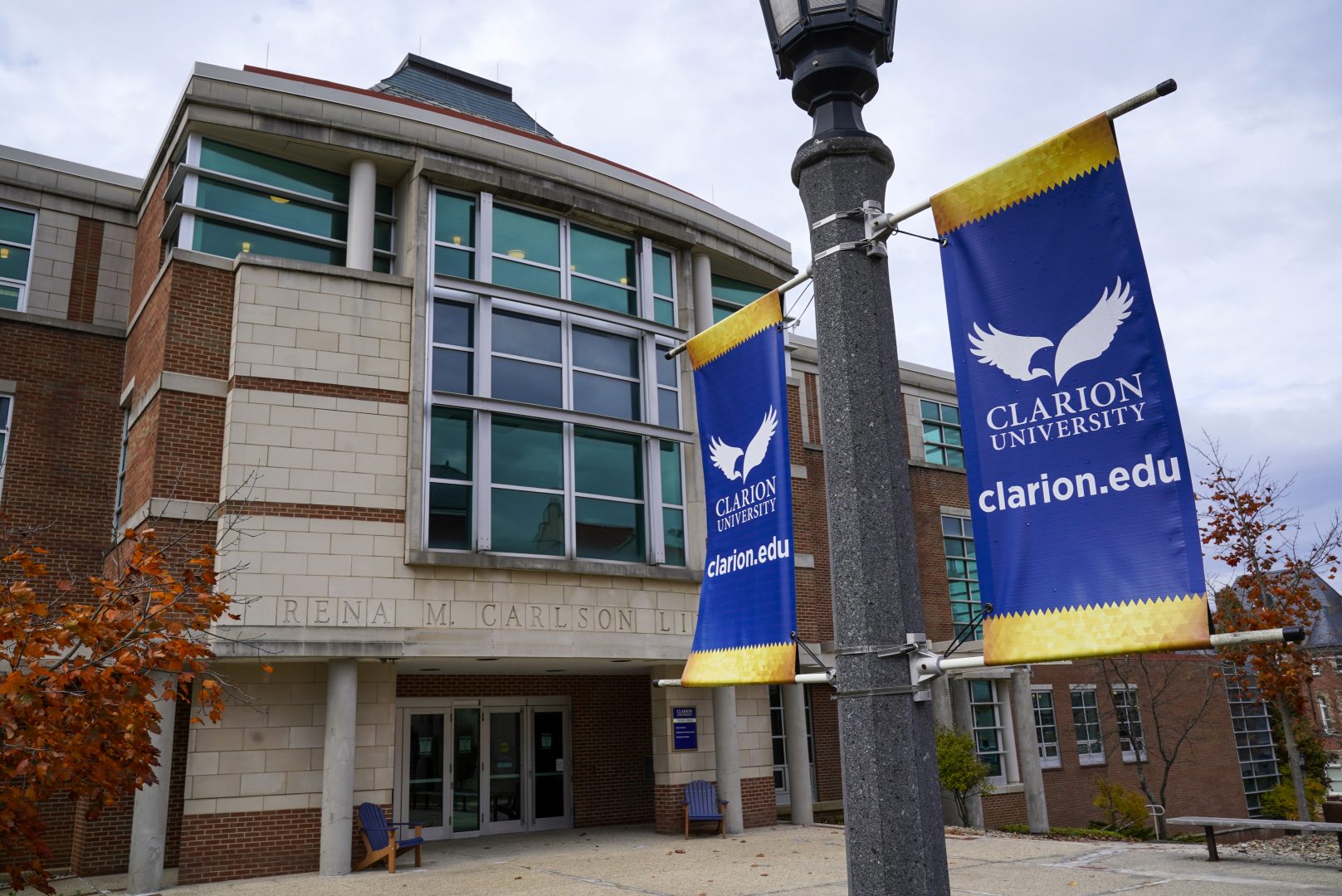 This is the Renna M. Carlson Library on the campus of Clarion University in Clarion, Pa, on Wednesday, Oct. 21, 2020.

(Harrisburg) — Six of Pennsylvania’s 14 state-owned universities will be consolidated into two new institutions under a unanimous vote Wednesday by the State System of Higher Education’s governing board.

“We know that significant change must occur if we are going to ensure that accessible, affordable public higher education remains available and attractive to students,” Board chairwoman Cindy Shapira said in opening remarks.

The board deliberated for hours before voting on the two separate “integration” plans.

In all, it will cost the university system nearly $30 million to bring to life over the next several years.

The long-term aim for university leaders is to cut student costs by 25% by getting them to graduate more quickly, enrolling high school students, raising more money from donors and grants and expanding federal work study offerings.

As long as the combined schools can grow student enrollment, tuition and state funding each by one percent per year, planners estimate they’ll be on solid financial ground within the next two fiscal years.

A crucial element of the savings plan for the western universities is to offer more online classes. Opponents disagree with system leaders on how popular that will be among current and future students.

Bloomsburg University Assistant Professor Dan McCurry is one of them. In addressing the board Wednesday, he pointed to data collected by the State System itself that showed just seven percent of the more than 1,000 university and community members that gave public comment last month supported the integration plan.

He also criticized a survey planners used to gather feedback from current and future students, which had a one to four percent response rate.

“This is not simply due to apprehension: there are significant problems with this plan, only a select few of which have been addressed in the most recent update,” McCurry said.

Chancellor Daniel Greenstein said many concerns about what will change and how to go about doing it have been addressed. Before the board voted, he said much about life on and around the six campuses won’t change overnight.

“But if [it does], it will do so only gradually, in ways that are communicated well in advance, and with opportunity to provide your input,” Greenstein said.

Bloomsburg junior and state system Governor Zakariya Scott said though she’s heard from students on her campus who feel “scared” about merging with other schools, she argued voting “yes” was the right move.

“They don’t want their programs to change and they don’t want their accreditation to be considered useless,” Scott said. “But I feel like this change will, in the end, make these universities…useful for working adults and students trying to become adults.”

Greenstein said students currently enrolled in the affected universities will be able to finish their degrees. In-person instruction and residences on campus will remain.

“For years, there’s been a lot of people that said we need to do something,″ board member Sam Smith said. “I believe this is the best thing we can do.”

“If only the strong survive, the weak will perish and that [would] have catastrophic impacts across various regions of the commonwealth,” Smith added.