Payton Ridenour traveled to Bogota, Colombia for the UCI World Cup with her Olympic qualification dreams hanging in the balance, and she landed on the podium with an amazing 2nd Place finish against some of the world's best.

Pottstown BMX prodigy is prepared for her Olympic debut in Tokyo 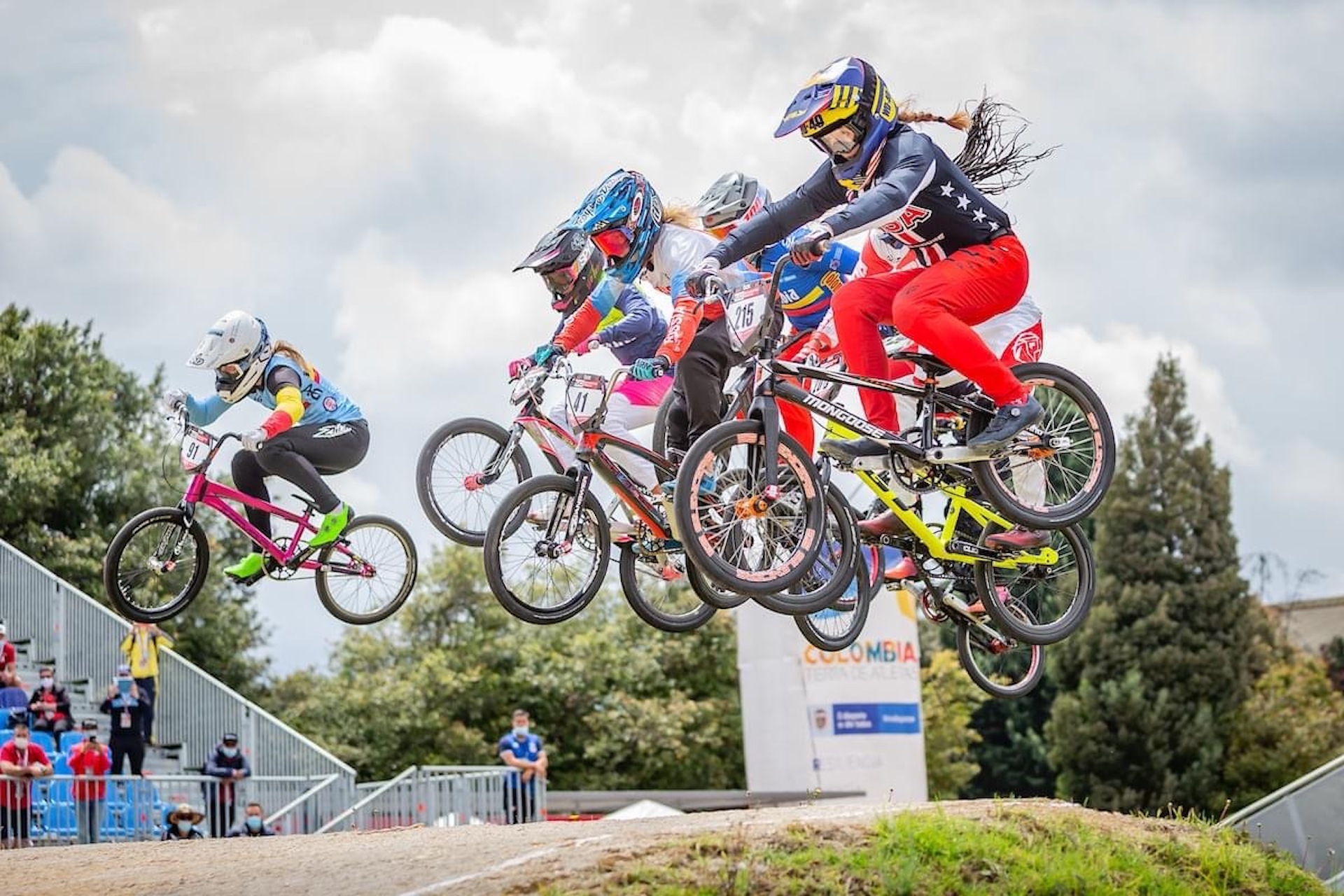 Payton Ridenour traveled to Bogota, Colombia for the UCI World Cup with her Olympic qualification dreams hanging in the balance, and she landed on the podium with an amazing 2nd Place finish against some of the world’s best.

(Philadelphia) — There’s a sport that’s not widely recognized in our neck of the woods. BMX stands for bicycle motocross — it’s big out West. Cyclists race on dirt tracks replete with bumpy obstacles and tight turns. It all starts at the top of a steep ramp.

WHYY’s Jennifer Lynn spoke with Ridenour over Zoom during her training break in Chula Vista, California.

If I were to explain BMX to someone, I would say it’s just going down a big starting hill, pedaling as fast as you can, and hitting these jumps to the bottom, and just doing a full-on sprint for like 35 seconds, but with obstacles in the way. With all that combined, you have seven other people next to you. If you were to actually try it, a lot of people, they would get on the bike, and they can’t even go over the jumps.

It’s a tough sport for sure. And physically tough, mentally tough, and emotionally tough.

How did you get into BMX?

My dad used to race just on the amateur level when he was younger. And then one day, he took me to our local track in Pottstown when I was 5. And I’ve been riding since then.

And you have your own track? I think I saw on Instagram somebody was building a track. Was that in your backyard?

Yes, my dad and I built that track in my backyard. It’s been awesome because near me there’s not a lot of BMX tracks, and the racing scene isn’t that big. And it’s something that my dad and I do together. It brings us together, and it brings some of my friends over, and we get to ride and just have fun.

It does sound like fun. During the pandemic, how did things change for you? Did you find yourself on that backyard track a lot because you couldn’t get together with other people?

Yeah, my local track was closed, and I couldn’t travel anywhere. So that track in my backyard was the best thing for me. I was out there almost every day, just practicing and trying to get better on my bike, because with BMX there’s always something new that you can learn and try to do and you’re never going to be at a standstill.

And there’s a challenge that awaits you in Tokyo. You’re going to be among more than two dozen riders. The course is a longer track than you’re used to. Is that accurate?

The course in Tokyo is significantly longer than a regular track, and the BMX tracks are going to be low-30s to mid-30s seconds long. But this track is going to be probably mid-40s. So even though it doesn’t sound like a lot, when you think you’re doing a full-on sprint for that long, it’s definitely a lot longer.

How will you know when you’re ready for Tokyo?

I think I’m ready. I’ve been training here in California, but I’ve been preparing for the games for a while now, honestly, like I would say my whole BMX career, because ever since I was little, I wanted to compete in the Olympics. I’ll definitely be ready.

And you are so good at keeping busy. During the COVID break for athletes, you wrote a children’s rhyming alphabet book that teaches kids about BMX. It’s good to expand the base of interest for the sport, which has, in particular for women, grown. And you have seen this firsthand.

When I was younger, there were just a few top female pro athletes in BMX. But now, my generation especially, has added at least 10 new girls just in the U.S., like just so many more girls that are racing now, which is awesome. And everybody just wants to keep progressing.

Payton, you have been tested on the track for years and now qualify for the Olympics. It’s a dream come true for you. Before we go, here’s another test. I hope you don’t mind me asking. How do we know you’re really from Pottstown?

Because I say hoagie instead of subs.

Light on the meat. And I like lettuce and then cheese, but keep it simple.

We’ll have one waiting for you and come back. Lots of luck.