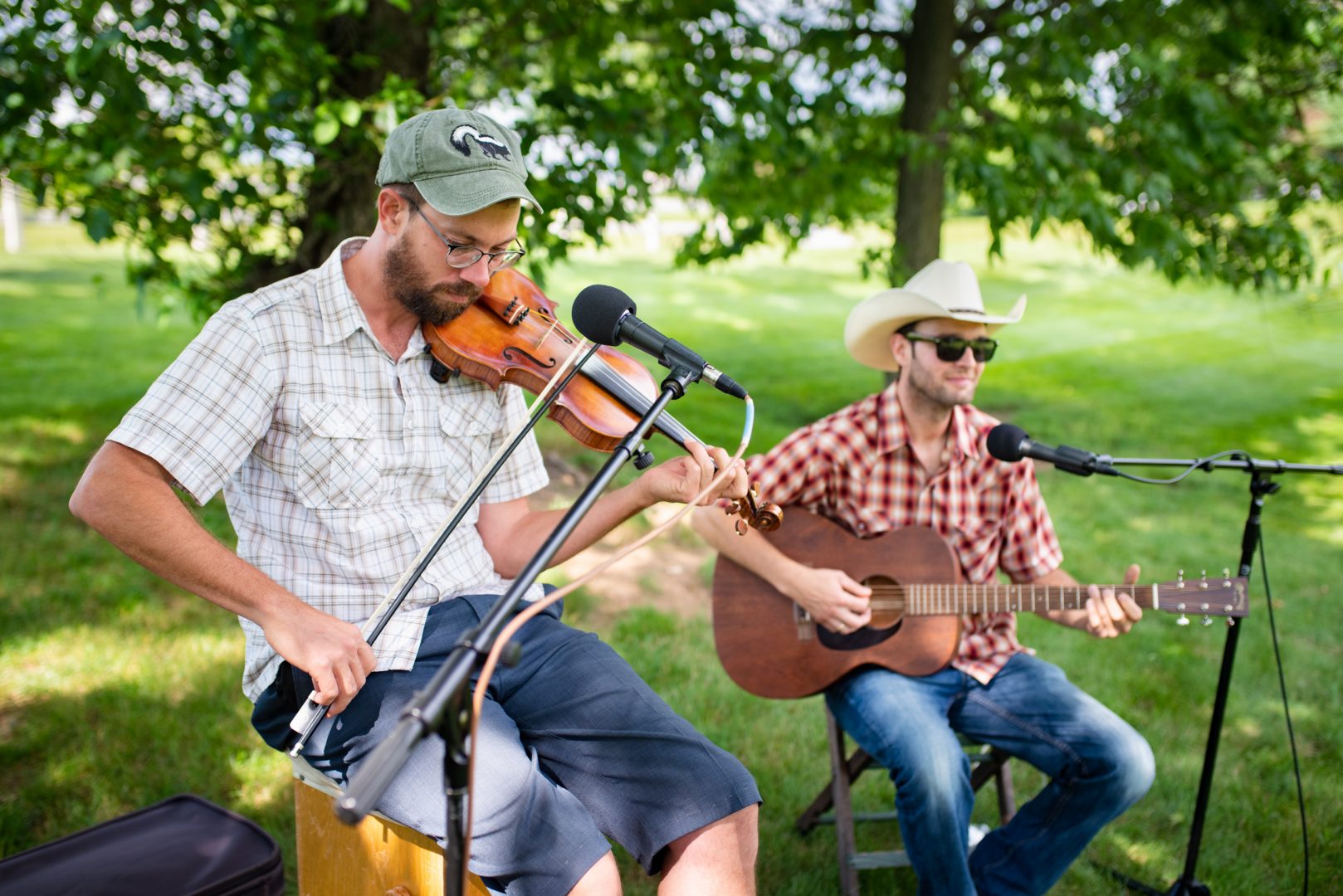 If you’re ever at Root’s Market, Kitchen Kettle Village or Lancaster Market and you hear what sounds like folk music and tap dancing, you might be near a music duo known as The Part Time Managers.

George William plays guitar, harmonica, percussion and sings, while Ian Carroll plays fiddle and sings, but Ian he also sits on a cajón,  a wooden box-shaped percussion instrument, which he plays via two pedals with his feet, while simultaneously tapping his feet on a wooden board. It gives the impression that he’s dancing while playing and makes for a rather entertaining performance.

Their repertoire largely consists of traditional folk style music, but their musical roots are pretty eclectic.

“I grew up at Renaissance faires,” says Ian.

“So I grew up around Celtic music all the time. And then also around a lot of Middle Eastern music too. So I was lucky enough to be raised amongst pretty accomplished musicians that showed me a lot of stuff growing up.”

George as well has played music at various ethnic events and gatherings.

“I’ve been playing ethnic music for the last twenty years and I collaborated with Ian at Greek functions [and also playing] Arabic and Klezmer music. Ian’s forte is actually the Arabic/Turkish hand drum.”

“Yeah Middle Eastern percussion,” Ian says. “My mom’s a belly dancer so I grew up performing for her troupe and playing for her dance classes … [George and I] have so much in common musically. That’s really hard to find, at least for me. It just works really well with us.” 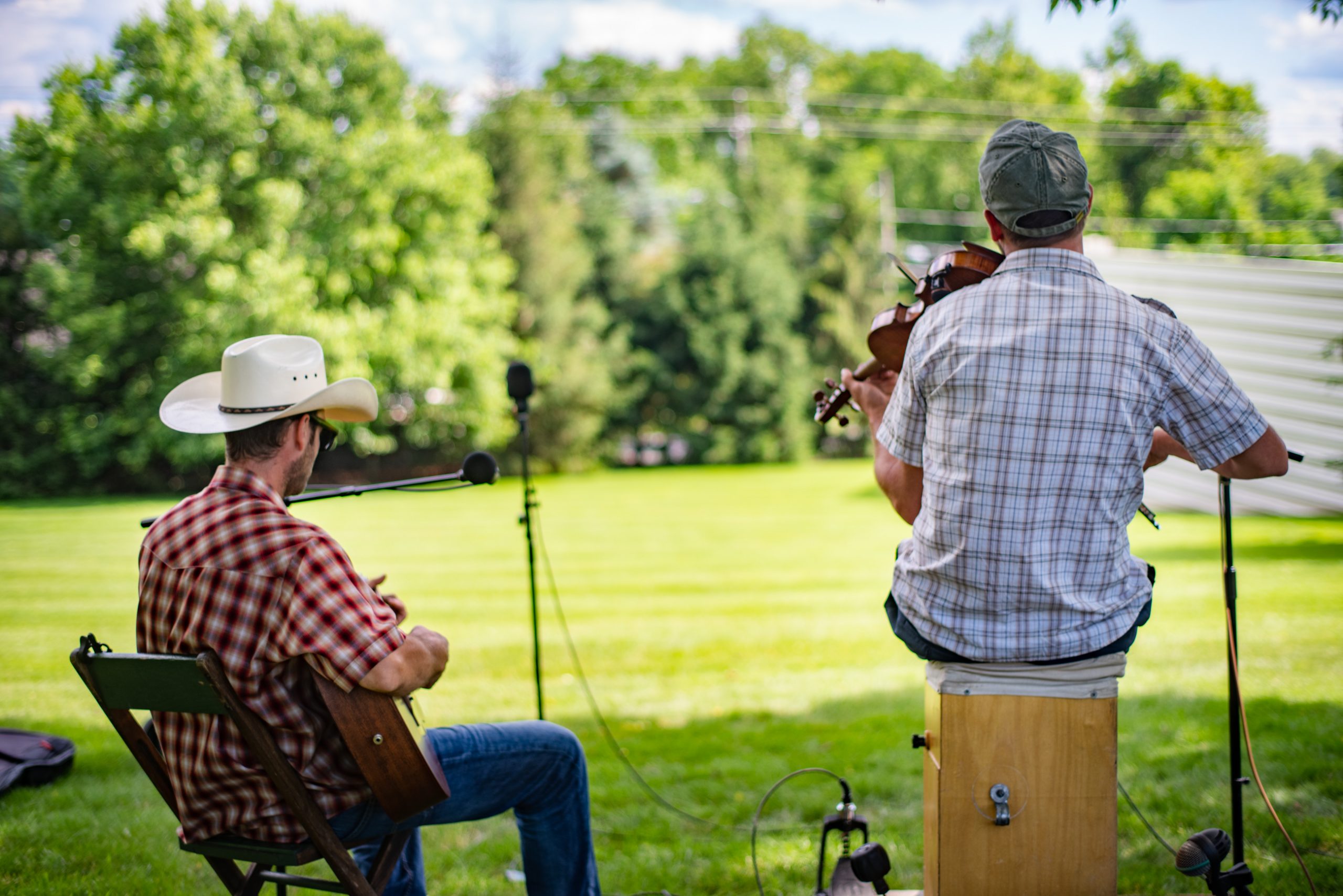 Both are full-time musicians and play together 5 days a week.

“I feel like, because of societal pressures, I’ve been trying to avoid being a full-time musician for my whole life,” George says.

“Now I realize that’s the only thing I can do. I feel like if something is supposed to happen in your life, if you’re supposed to do something, it doesn’t matter how hard you try to avoid it, you can’t.”

Ian adds, “I worked my way to being the chef of a big kitchen for a long time and I was working a lot … I guess you have expectations about how you’re supposed to live your life so I got my self situated to have children and then I just didn’t have kids. Then I was like, ‘Well, why am I doing all this?’ So it kind of brought my life back into focus. If I’m not going to have a family then I might as well put my energy into something that gives me some sort of purpose instead of just working a job for the rest of my life.”

In addition to the traditional tunes, they incorporate some of their own songs as well. They played a song for us called “Infinite Moments” by Ian.

“Every moment is unique and everything is unique,” Ian says. The concept that history repeats itself or that you can expect things to pan out like they did for you before is flawed. But we kind of operate with the assumption that it will. I think it’s kind of freeing to realize that we don’t have control, we can’t predict anything and that we just need to kind of surrender to the moment and try to just be there as much as possible.” 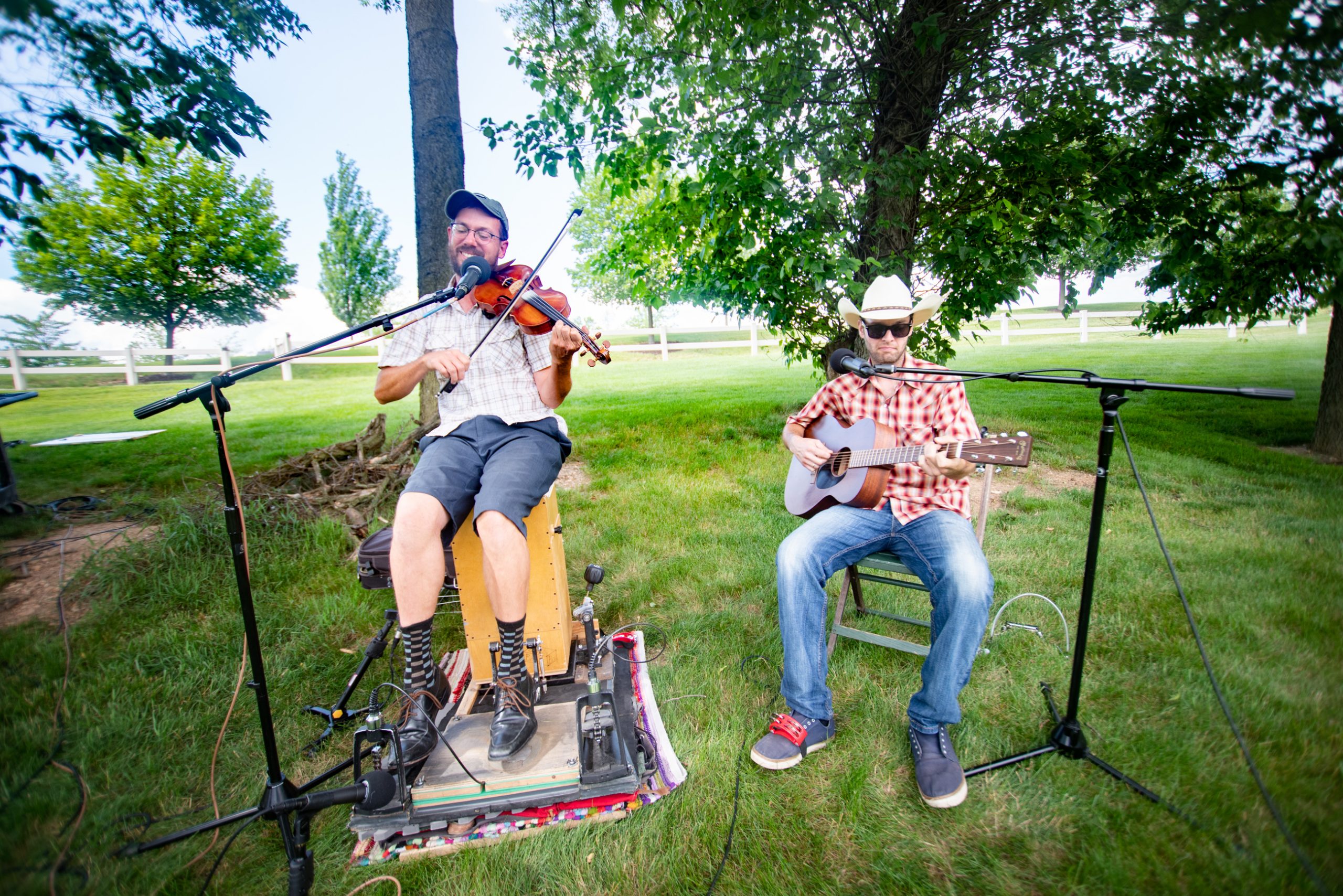 A rather timely piece of advice comes in the form of a song by George, who came up with the idea while his daughter was washing her hands.

“She’s three and a half years old … She started singing that: ‘Wash your hands/with soap and water/rub them…’ And I thought that was cute so I said, ‘Hey, I’m gonna steal that.’ I thought it was a good social commentary for today’s day and age. A lot of times we forget just basic knowledge. There’s nothing wrong with washing your hands. It’s the best thing in the world,” he says with a laugh.