The state's next congressional map will begin its journey through the legislature in the House and Senate State Government Committees, chaired by Rep. Seth Grove (pictured) and Sen. David Argall.

Rep. Seth Grove (R., York) said his committee will hold at least eight public meetings across the state and accept suggestions for the map through a new website. 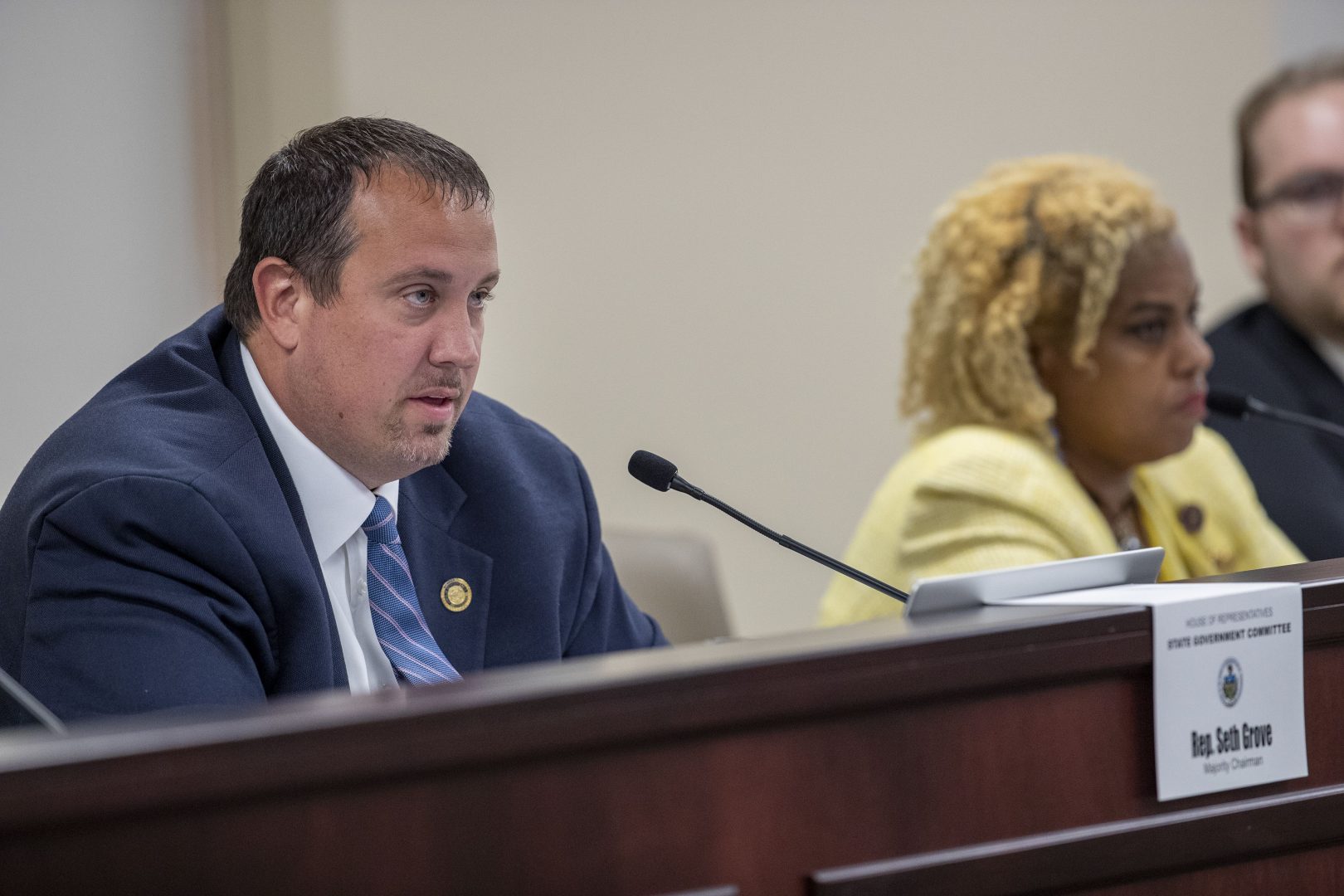 The state's next congressional map will begin its journey through the legislature in the House and Senate State Government Committees, chaired by Rep. Seth Grove (pictured) and Sen. David Argall.

(Harrisburg) — A key Pennsylvania lawmaker committed Monday to transparency measures aimed at making the decennial redrawing of the state’s congressional map a more open process than in the past.

State Rep. Seth Grove (R., York) said his committee will hold at least eight public meetings across Pennsylvania and accept suggestions for the map through a new website. Those are central tenets of legislation introduced in recent years by state Rep. Wendi Thomas (R., Bucks) and backed by good-government groups including the Committee of Seventy and Fair Districts PA.

“This new process will prevent extreme partisan gerrymandering and promote accountability by the voters,” Thomas said Monday outside her district office in Richboro. “In these divisive political times, many people have lost faith in their political systems. It’s critical that we have an open system, as much as possible.”

Anti-gerrymandering advocates had pushed Republicans who control the General Assembly to put stricter guardrails in place ahead of the redrawing of the state’s political maps, which help determine the balance of power in Harrisburg and Washington for the next 10 years. But Thomas’ legislation failed to advance in the House, while a companion bill in the Senate was gutted to focus solely on the congressional map.

As lawmakers departed for summer break, advocates declared redistricting reform dead and told Spotlight PA and Votebeat they would have to depend on leaders’ rhetorical promises of transparency.

The state’s congressional districts — which will drop from 18 to 17 next year because of sluggish population growth — are drawn by lawmakers and then presented to the governor for his signature. That map will begin its journey through the legislature in the House and Senate State Government Committees, chaired by Grove and State Sen. David Argall (R., Schuylkill).

Last decade, the final congressional map was introduced and approved by then-Gov. Tom Corbett, a Republican, in roughly a week. “I don’t remember any public input this early on,” Grove said Monday.

Grove said he will kick off a series of regional meetings later this month as lawmakers wait for the U.S. Census Bureau to deliver the population data in August needed to create new districts.

Once that data is released, members of the public will be able to draw and submit their own maps.

Pennsylvanians will also be able to comment on the state’s current congressional map, which was redrawn by the state Supreme Court in 2018 after the justices found the previous version unfairly benefited Republicans, and define their “community of interest,” a basic principle in redistricting that mapmakers should use when deciding which areas to keep together.

Pa. Republican lawmakers and the U.S. Capitol attack
As part of WITF’s commitment to standing with facts, and because the Jan. 6 attack on the U.S. Capitol was an attempt to overthrow representative democracy in America, we are marking elected officials’ connections to the insurrection. Read more about this commitment.
Rep. Seth Grove, R-York County, supported Donald Trump’s 2020 election-fraud lie by signing a letter urging members of Congress to object to Pennsylvania’s certified electoral votes going to Joe Biden. The election-fraud lie led to the attack on the Capitol.

Increased transparency isn’t the only way the process will differ this time. Both the executive and judicial branches are now controlled by Democrats. Gov. Tom Wolf will have the power to veto the map, while the state’s high court may intervene if Wolf and GOP leaders face a stalemate.

Grove, the author of a major election overhaul recently vetoed by Wolf, said he hopes “the governor engages with this process early on.”

“We are constitutionally mandated to get this done, so I think it’s all in our best interest to work together,” Grove said.

Pennsylvania’s state House and Senate maps are not drawn through legislation, but rather by a panel of legislative leaders and an appointed chair. That process has traditionally included public meetings.

The Legislative Reapportionment Commission’s current chair, Mark Nordenberg, recently said he wants citizens to be able to submit suggestions through the redistricting website. The panel will hold a public hearing Tuesday in Harrisburg.