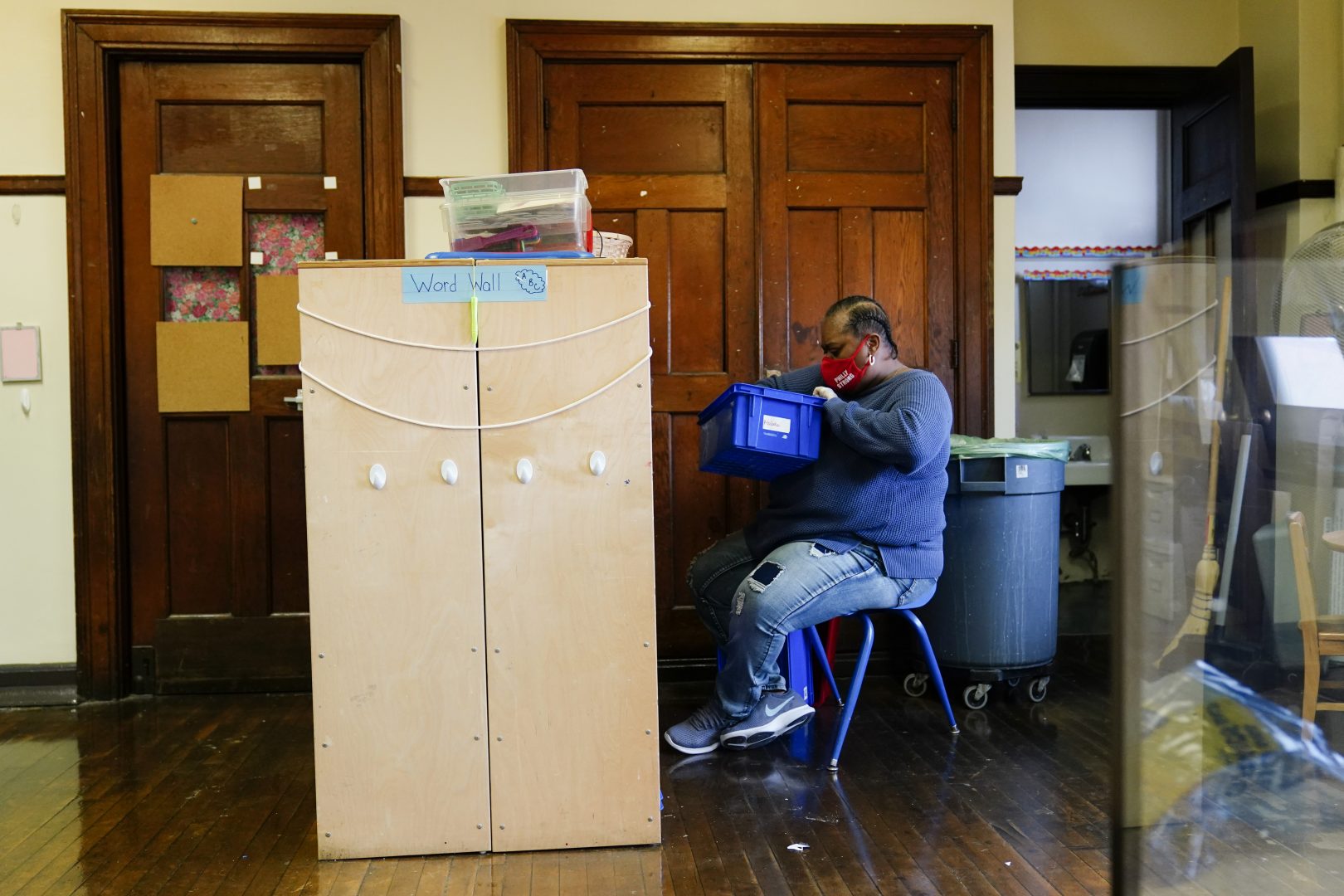 As students in Pennsylvania trickled back into classrooms during the 2020-2021 school year, Black and Latino children were more likely to remain remote than White students, according to a report released by the Centers for Disease Control and Prevention.

The team of researchers, including Brown University economist Emily Oster, produced the study for the CDC. It found racial gaps in access to in-person learning in most states.

Pennsylvania’s disparity was among the highest.

The study used estimates based on publicly available data from 1,200 U.S. public school districts, as well as available district enrollment data from the U.S. Department of Education.

In Pennsylvania, the proportion of White students with access to full time in-person learning was 21.5 percentage points greater than the proportion of non-white students on average for the entire 2020-2121 school year, Schoof said. The analysis was based on a sample of 633,775 students from districts across the state.

The CDC report suggests that the racial gap might be due to higher COVID-19 hospitalization and mortality rates in urban districts, where in-person learning was less likely. Those districts usually have more students of color, the report said.

The findings in the CDC-published study are consistent with a Penn State study from last year, authored by education researchers Katharine Dulaney and Erica Frankenberg. It also found that more Black and Latino students lived in districts that did not have the option of in-person learning. 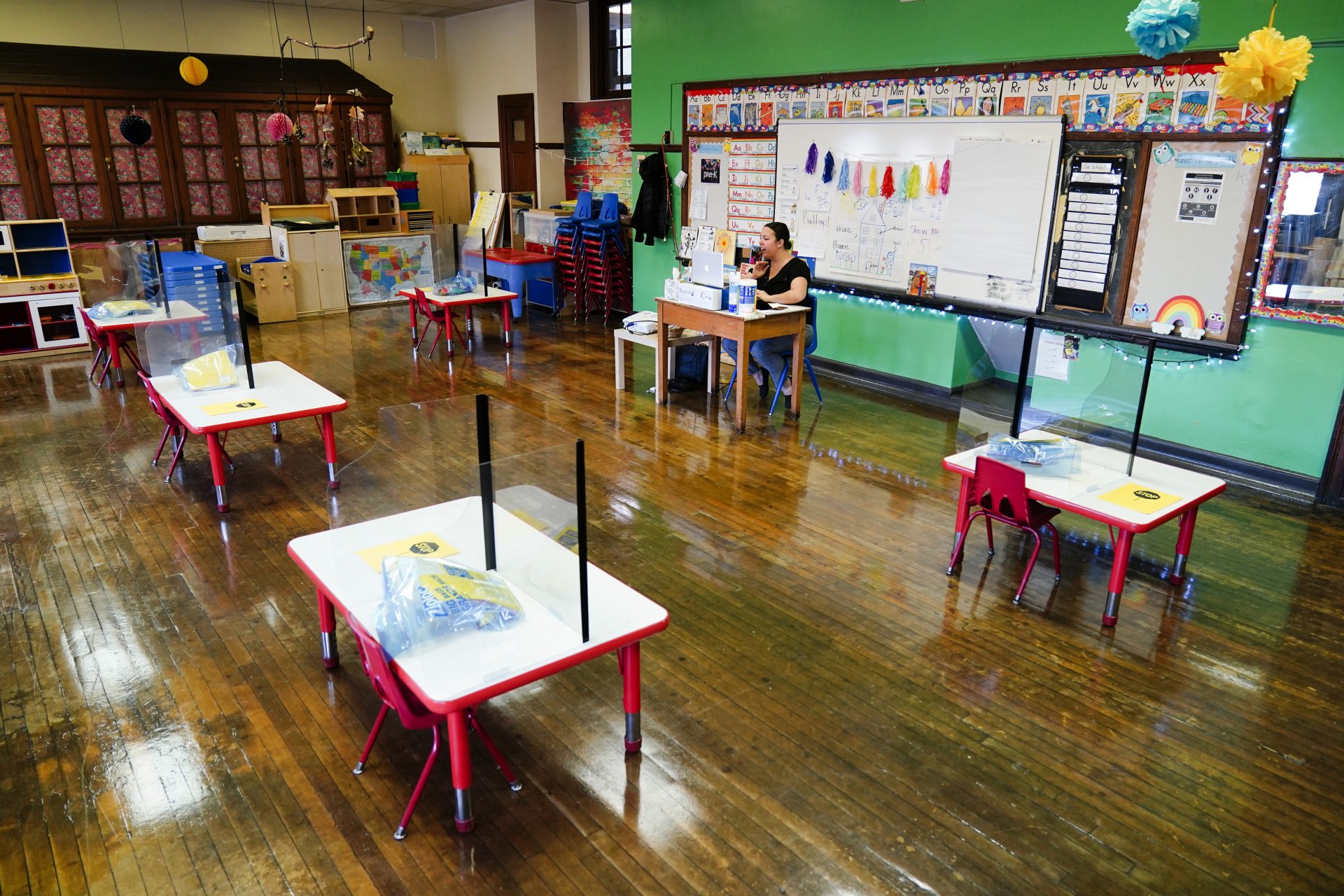 Dulaney said that in order to address the disparity gap, schools should focus on trauma-informed practices and use COVD-19 relief funds to help students manage the unprocessed trauma from the past year and a half.

Frankenberg, co-founder and director of the Center for Education and Civil Rights, said it’s important that schools emphasize community-building in order to address the racial gaps that widened during the pandemic.

“It’s really important to concentrate on transparency and rebuilding trust with teachers and especially families of color given the patterns demonstrated,” Frankenberg said. “I think ensuring that community is rebuilt is key.”

Stephen Sharp, counselor for the Hempfield School District and president of the Pennsylvania School Counselors Association, said schools could prepare for the upcoming year by prioritizing mental health to help students re-integrate with the school community.

“Districts can be intentional with their planning of advisement or mentoring time, so that students can have time to connect with each other and a caring adult, while pairing that with academic support instruction as well,” Sharp said.

Deborah Klehr, executive director of Education Law Center, which has offices in Philadelphia and Pittsburgh, says that lack of adequate and equitable funding in Pennsylvania has contributed to the inequities.

Some wealthy districts were able to deploy plans for remote learning and later transition to safe in-person learning, but others were unprepared to operate in a crisis, Klehr said.

“The resource gaps that contributed to the disparities are varied and deep. But to name a few, significant technology gaps in low-wealth school districts got in the way of implementing remote learning, and substandard facilities and ventilation issues made it impossible in many of these schools for students to return safely to in-person instruction,” Klehr said.

A 2020 study conducted by Research For Action, a nonprofit education research organization, found that more than 70% of students in high poverty schools in Pennsylvania are students of color. The report used 2015-2016 federal civil rights data, which was the most updated dataset at the time.

“Pennsylvania measures as among the most inequitable school systems in the country,” said David Lapp, Director of Policy Research at Research For Action. “Almost nowhere else in the country do policymakers provide on average, high educational opportunities to white students and students from high wealth communities, compared to such low educational opportunities to black and other students of color, and to students living in low wealth communities.”

The newly signed Pennsylvania state budget provides more than $400 million dollars for education, including $100 million for the state’s 100 most underfunded schools in different parts of the state.

The Department of Education said it cannot confirm the CDC study’s findings until it updates its own data from that school year.

“PDE is aware that this past year’s pandemic disproportionately affected students across the commonwealth, including students of color, English learners, migrant students, and those with disabilities,” the department said in a statement. “However, this information cannot be confirmed until we have updated data for the 2020-2021 school year from our schools.”