Senator Sharif Street speaking at an anti-gun violence press outside of City Hall in Philadelphia, July 6, 2021.

‘How many more must die?’: Philly lawmakers plead for help reducing gun violence 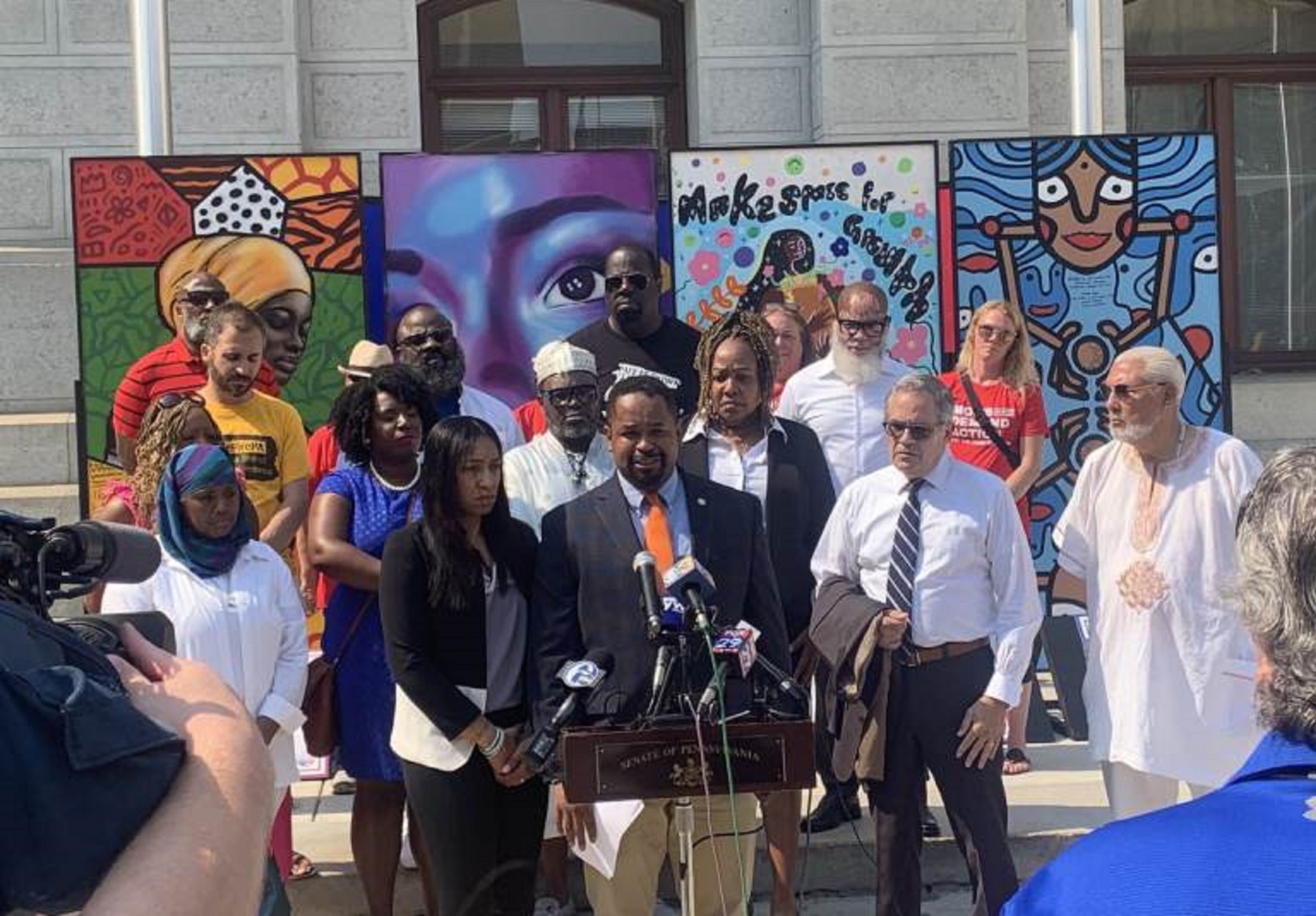 Senator Sharif Street speaking at an anti-gun violence press outside of City Hall in Philadelphia, July 6, 2021.

A day after a holiday weekend wracked by shootings, elected officials in Philadelphia are calling on their counterparts in Harrisburg and Washington to do more to help reduce gun violence.

State Sen. Sharif Street, whose 21-year-old nephew was murdered in broad daylight over the weekend, said it’s time for everyone to step up and set aside partisan politics. He added that Republican lawmakers who control the legislature have consistently refused to even consider gun control measures introduced in the General Assembly, including bills aimed at restricting the sale and purchase of military-grade firearms, banning weapons in public parks, and improving the reporting of lost or stolen handguns.

Philadelphia is suing the state, including Republican leaders in the General Assembly, to enact its own gun control measures, because state preemption laws make it illegal for the city to pass its own legislation.

“This is beyond politics,” Street, a Democrat, said during a news conference outside City Hall on Tuesday. “None of you will be voted out of your districts for funding programs for violence prevention. Nobody. Not one district in the commonwealth.”

The latest state budget includes $30 million to support grassroots anti-violence groups across Pennsylvania. But Street and state lawmakers again decried the decision to set aside $7 billion in reserves — between federal stimulus dollars and excess revenue — instead of spending that surplus on services and programs designed to help taxpayers, including efforts to reduce gun violence. The violence continues to plague communities across the state, especially Black and Latino ones.

Street’s colleague, Democratic State Sen. Vincent Hughes, said stockpiling that kind of cash is unconscionable right now — a truly “violent” act during a crisis that’s claiming the lives of so many on such a regular and unrelenting basis.

“How many more must die?” Hughes asked.

A spokesperson for Republican leaders in the State Senate did not immediately respond to a request for comment.

“There are too many states like Pennsylvania and Texas and others where it’s not gonna happen,” he said.

Last month, Biden announced that Philadelphia would be one of 15 cities to participate in a collaborative tasked with working with one another and the administration to share best practices and evidence-based solutions.

According to city data, more than 50 people have been shot since the start of July — a span of less than a week. At least 10 of them have died from their injuries, including Salahaldin Mahmoud, a tow-truck operator and first cousin of Street’s wife.

Mahmoud was killed after gunmen opened fire during a Fourth of July cookout in West Philadelphia. Sicarr Johnson Jr., a 23-year-old fashion designer, was also killed. The cookout was to celebrate Johnson’s fourth year in business with his clothing line, Premiére Bande. A 16-year-old girl was wounded, but survived her injuries.

More than 1,000 people have been shot so far this year, a roughly 24% increase over the same time last year, the deadliest in three decades.

Pennsylvania Turnpike tolls to jump by 5% early next year