Erin Bellard pours a drink for a customer at her bar on Manhattan's Upper West Side, Monday, May 17, 2021, in New York. 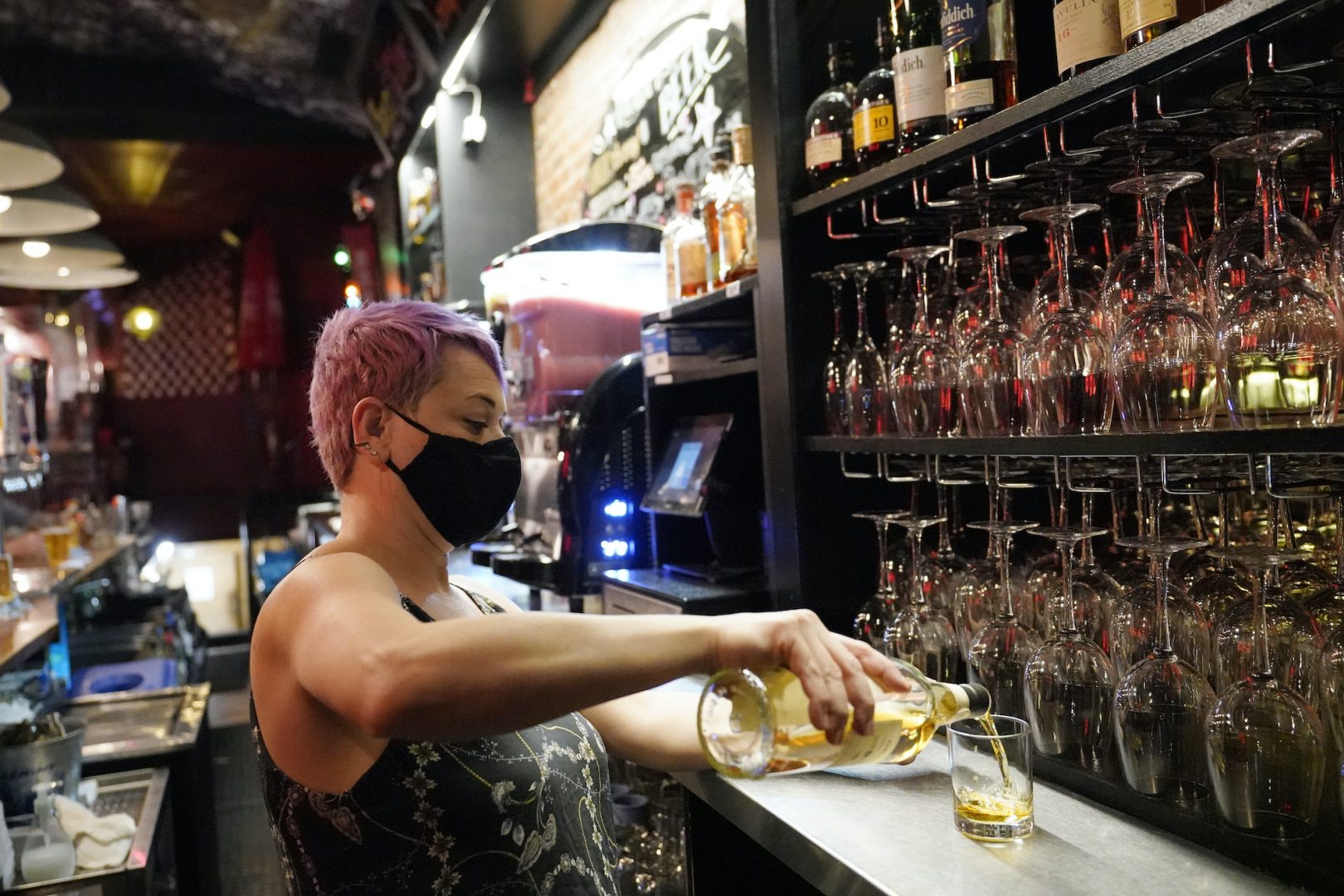 Erin Bellard pours a drink for a customer at her bar on Manhattan's Upper West Side, Monday, May 17, 2021, in New York.

(Philadelphia) — With state lawmakers recessed for the summer, there’s virtually no chance Pennsylvania will get cocktails-to-go back before at least the fall.

So now, restaurants and bars that increasingly relied on them to cover pandemic-induced budget gaps are heading back to the drawing board, or just accepting their losses.

For Patti Brett, who owns and is currently the sole person working at Doobies Bar in Fitler Square, the timing was especially bad.

Doobies had struggled through the pandemic, but the combination of cocktails-to-go and a successful GoFundMe had helped Brett get together enough money to redo the floors — a long-needed project. She had planned to still sell cocktails while it was happening.

Doobies is small, and Brett hadn’t felt comfortable opening fully while social distancing measures were still in effect. She estimates to-go cocktails made up about 70% to 80% of her business, before the rules prohibiting them suddenly came back into place on June 15.

“My sincere hope is that all the little places that are struggling get some sort of relief… It’s going to be a rough summer,” she said, “but hopefully everybody can survive.”

Thanks to voters passing a constitutional amendment giving the legislature new power to end emergency orders, the GOP-controlled legislature promptly used that power to end Gov. Tom Wolf’s COVID-19 restrictions. In doing this, they also made cocktails-to-go illegal again.

After that, there was a brief window where it appeared a bipartisan consensus might emerge and bring the popular idea back permanently. But a bill to do so was bogged down in partisan infighting. Senate Republicans wanted to use it to loosen the Pennsylvania Liquor Control Board’s hold on liquor sales, something Wolf doesn’t support, and the bill stalled out during the rush to finish a state budget before summer recess.

“The timing couldn’t be worse,” said Melissa Bova, vice president of government affairs at the Pennsylvania Restaurant and Lodging Association, which fought to preserve cocktails-to-go.

“We have a lot of street festivals, outdoor concerts, and now these restaurants can no longer supply that alcohol for those events,” she said.

She noted, it hits especially hard in places like Philly, which already had a thriving cocktail scene and really embraced the to-go culture during the pandemic.

“Our industry was used as a political football,” she concluded. “It’s disappointing.”

Drew Horne, a longtime general manager at a well-known South Philly bar and restaurant, feels similarly. He didn’t want to name the business, and noted he’s expressing his own opinions, not those of his employer.

“They’ve done this repeatedly over the last year and a half,” he said of lawmakers — referring to what he sees as shifting rules for bars and restaurants. “I don’t like to rely on anything … but I do rely on the government to do their part and not rug-pull us like that.”

To-go cocktails weren’t make-or-break for the business he manages, he noted. But they certainly helped during a period of slow sales, and losing them so quickly — then thinking they might be restored, then getting disappointed again — took a toll after more than a year operating in the red.

“We made it,” he said of getting through the pandemic mostly intact. “We’re good. But for all those other people that were struggling … those are the people that yeah, they need that extra $20, $30, $40 thousand of revenue.”

Doobies is one of those smaller businesses that really needed the money.

Brett notes, her GoFundMe has been a lifeline. “The generosity that was shown to us just overwhelmed me,” she said.

She had hoped to still sell some cocktails out the back door while the bar’s floors were being reworked. Now, she’s taking losses until she can reopen, likely in a few weeks.