Any Senate-issued subpoenas for such an investigation will face strident opposition from Democrats and, almost certainly, court challenges

(Harrisburg) — Following in the footsteps of Arizona’s Senate Republicans, Pennsylvania’s Republican-controlled Senate is considering an investigation into how last year’s presidential election was conducted, a quest fueled by former President Donald Trump’s baseless claims that fraud was behind his loss in the battleground state.

Any Senate-issued subpoenas for an Arizona-style “election audit” will face strident opposition from Democrats, legal questions and almost certainly challenges in Pennsylvania’s courts, as battles over election laws rage through swing states and Congress, spurred on by Trump’s falsehoods.

Senate Republicans have been mostly silent about their internal deliberations.

Sen. Doug Mastriano, a rising force in Pennsylvania’s ultra-conservative circles who has talked of his desire to bring an Arizona-style audit to Pennsylvania, led a private briefing Wednesday for Republican senators on his plan.

In Arizona, the state Senate used its subpoena power to take possession of more than 2 million ballots and the machines that counted them, along with computer data.

In the letter, the law firm discussed the legality of using money from a private, nonprofit organization “to pay expenses for vendors, including a consultant and counsel” as part of an “oversight investigation” of the 2020 election led by the low-profile committee that Mastriano chairs. 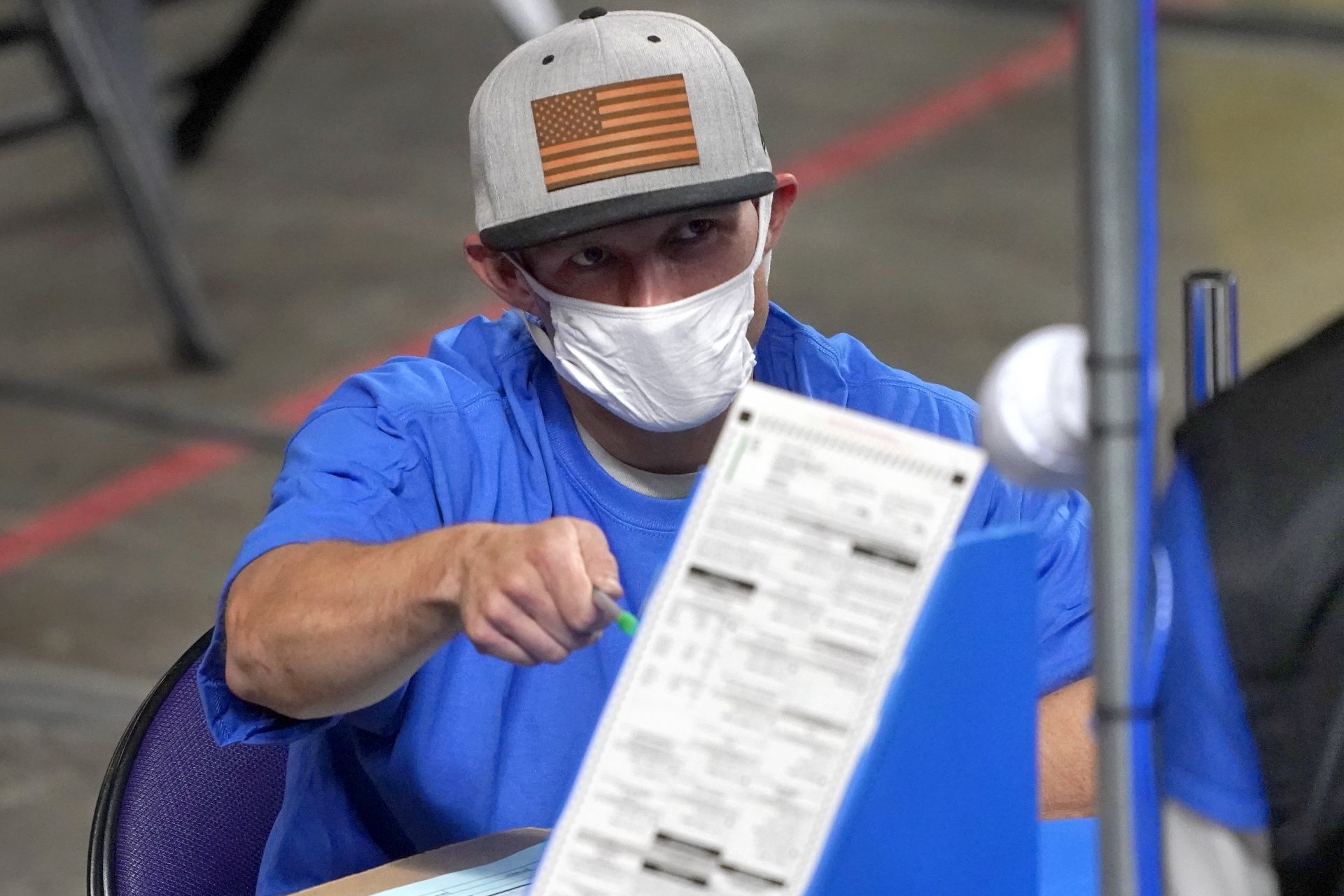 FILE PHOTO: Maricopa County ballots cast in the 2020 general election are examined and recounted by contractors May 6, 2021, at Veterans Memorial Coliseum in Phoenix.

“While we cannot predict how the Pennsylvania Supreme Court would decide the issue, in our opinion, to a reasonable degree of legal certainty, Pennsylvania law does not prohibit the Caucus or Committee from accepting or benefiting from such financial support,” lawyer Bruce S. Marks wrote.

The letter said “the purpose of the investigation is to develop legislation which will enhance voter participation and election integrity.”

Mastriano did not return phone calls. In a phone call Friday, Marks — who did legal work for the Trump campaign after the 2020 election — confirmed he wrote the letter, but otherwise declined comment.

Mastriano, who chairs the Senate Intergovernmental Operations Committee, could theoretically issue subpoenas to counties with a majority vote of his committee. The Democratic bastions of Philadelphia and Allegheny County, home to Pittsburgh, could be prime targets.

Voting machines, ballots and other election records could be demanded. The process could cost millions of dollars. In Arizona, Senate Republicans kicked in $150,000 to help pay for the audit, but the lead contractor, Cyber Ninjas, and Republicans won’t say who or what organizations are funding the rest of the operation or how much it is costing.

Mastriano, who has helped spread conspiracy theories about widespread fraud in the election, traveled to Arizona in June to see the audit there firsthand.

“We’ll bring the information back to the Senate leadership, we’ll back-brief them on the way ahead and then hopefully we can come up with an approach here to make sure every person in Pennsylvania can rest assured they have one vote and it counts,” Mastriano told a radio host from WEEO-FM last month. 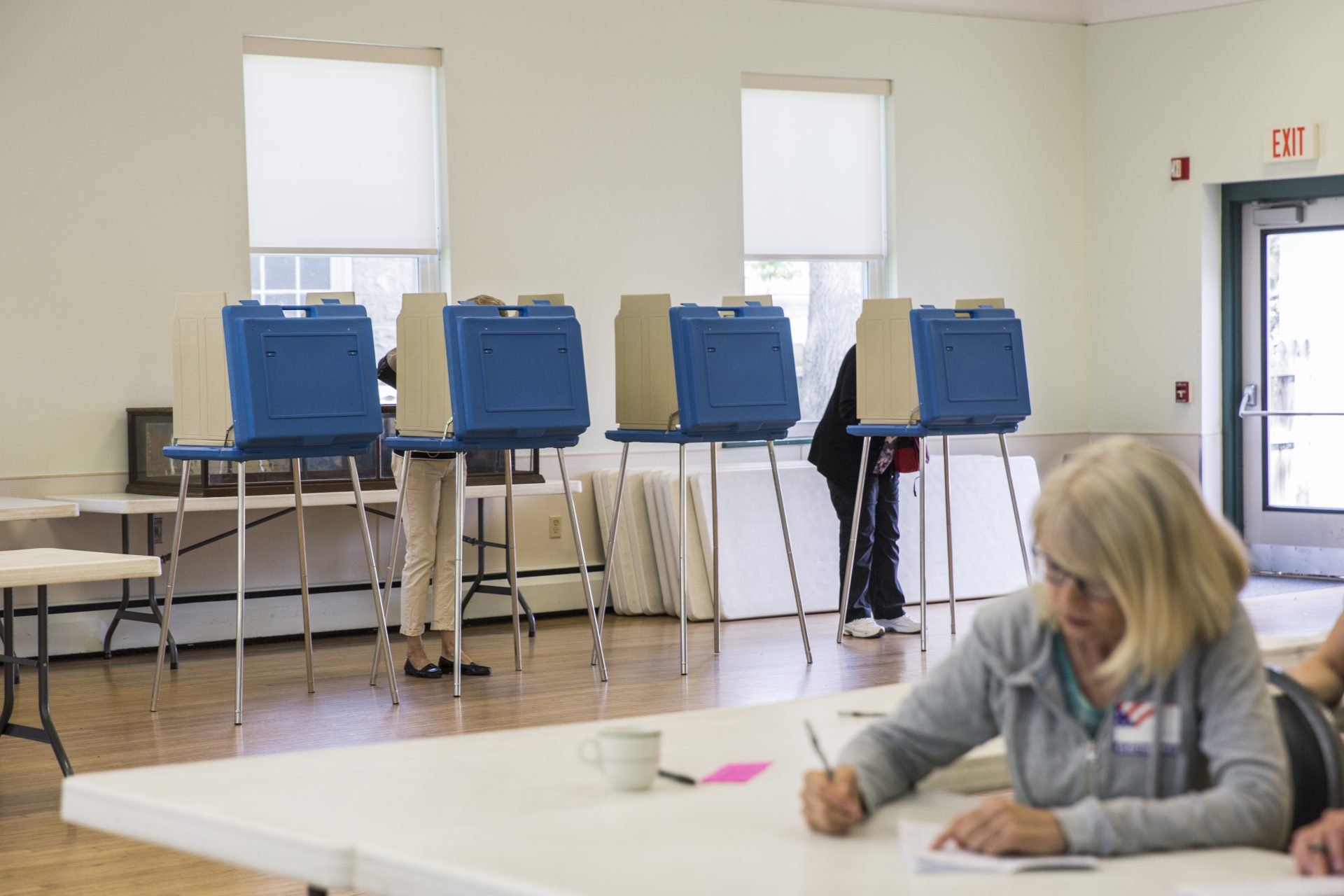 Republican consideration of an election audit in Pennsylvania comes as Trump supporters have pushed for audits and reviews of ballots in political battlegrounds in a bid to turn up evidence that Biden’s victory was illegitimate.

No county election board, prosecutor or state official has raised a concern over any sort of widespread election fraud in November’s election in Pennsylvania, a crucial state that Democrat Joe Biden won by more than 80,000 votes, or just over 1 percentage point.

Trump’s efforts to overturn Biden’s victory has been roundly rejected by courts at every level, including by judges appointed by the former president. Trump’s attorney general has also said there was no widespread fraud in the U.S. that would have changed the results of the election.

“I don’t know the ins and outs. I don’t know who’s going to pay for an audit. I don’t know how extensive it might be,” Bartolotta said. “I do know that there are millions of Pennsylvanians who have questions and concerns and there is a lack of trust.”

Pa. Republican lawmakers and the U.S. Capitol attack
As part of WITF’s commitment to standing with facts, and because the Jan. 6 attack on the U.S. Capitol was an attempt to overthrow representative democracy in America, we are marking elected officials’ connections to the insurrection. Read more about this commitment.
State Sen. Doug Mastriano’s support of Donald Trump’s election-fraud lies included staging a policy committee meeting in November that gave Trump lawyer Rudy Giuliani a platform for disinformation. Mastriano and Sen. Camera Bartolotta (R-Washington) are among the several dozen state lawmakers who signed letters asking Congress to delay certification of Pennsylvania’s 2020 election result, despite no evidence that would call that result into question.
To see the complete list of Pa. elected officials who took actions to sustain or amplify the election-fraud lie, click here.

She said she was not sure what the next step might be. But, she said, she wanted to ensure the cost is not borne by state taxpayers.

“I want to be absolutely certain that anything we’re doing — if anything gets done — is done in a legal way and is constitutional,” Bartolotta said.

Critics say an election audit is duplicative, given the legal requirements for each county and the state to review election results for accuracy and investigate any discrepancies. Democrats, meanwhile, blame Trump and Republicans for spreading lies about the election that have sown distrust among voters.

The official rules of Pennsylvania’s Senate grants its committees broad authority to issue subpoenas to “any public agency” in the state.

Senate Minority Leader Jay Costa, D-Allegheny, said he was unaware of a Senate Republican plan, but questioned whether Mastriano’s committee had authority over the subject matter of elections to legally issue such subpoenas. Traditionally, a different Senate committee has handled election issues.

Senate Democrats can challenge the subpoenas in the state Senate and in court, Costa said.