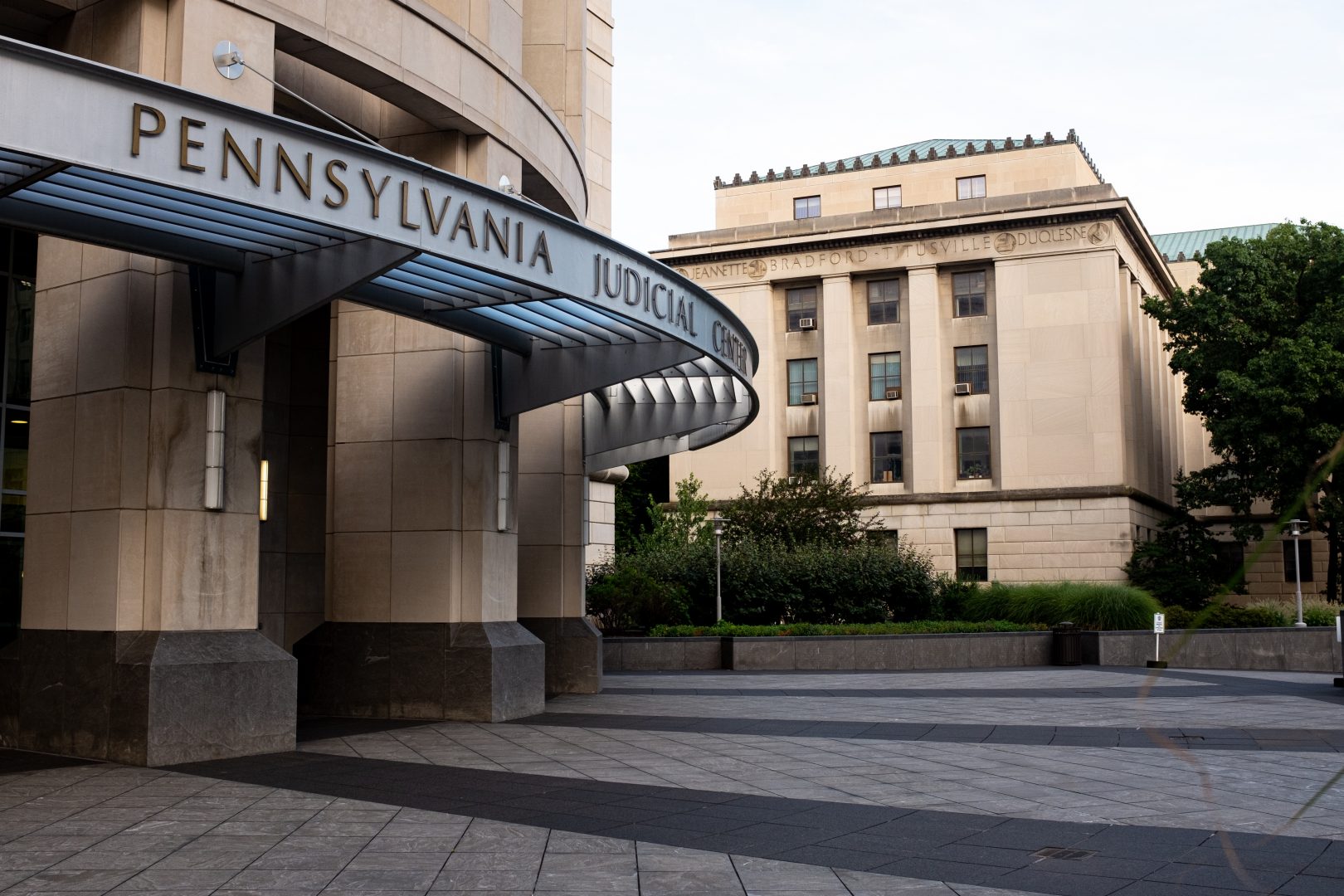 (Harrisburg) — In the months leading up to the 2020 election, county officials pleaded with the Republican-controlled state legislature to allow pre-canvassing before Election Day and to clarify procedures with mail-in ballots and dropboxes.

“We don’t want Pennsylvania to become a national news story,” the County Commissioners Association of Pennsylvania tweeted back in September.

Administrators worried the gray areas in election procedure would leave counties vulnerable to attacks and accusations.

And that’s exactly what happened. Pennsylvania counties and the Department of State became the target of unprecedented litigation before and after the election that resulted in extensive legal fees.

Pennsylvania counties had warned that unless they were allowed to prepare ballots for counting — known as pre-canvassing — earlier than normal, results would be significantly delayed. As counting continued on election night in the commonwealth and other states, President Trump falsely said that indicated something was wrong.

The lawsuits then became part of Trump’s effort to retain power despite having lost the election. They failed, mostly because of lack of standing or evidence.

WITF talked with legal scholars and election experts about what happened and what it might mean for the U.S. electoral system.

“A core bedrock principle of our legal system is you can’t just sue because you don’t like something that’s happening in the world. You have to actually have been injured and you need to show that you are injured,” said Paul Berman, professor of law at George Washington University.

That constitutionally-based requirement is called “standing.” Some Trump supporters argue the cases were dismissed on technicalities and the allegations were never examined in court. But Berman said standing is the heart of the claim.

“If you can’t show that you have been injured by whatever it is the defendant supposedly has done — you don’t have a claim, and that’s not a technicality,” he said.

Litigation is typical in the months leading up to an election, Berman said, as groups across the political spectrum work to clarify rules and procedures.

The League of Women Voters filed a suit in early August over the issue of voter signatures, for example. The Hangley firm worked with Bucks, Philadelphia, and Allegheny counties on their legal defense, costing the counties a combined $18,660, according to the invoices.

What was different this year were the allegations of fraud, particularly surrounding mail-in ballots. Pennsylvania’s Act 77, which passed with overwhelming Republican support in 2019, allowed no-excuse mail-in voting for the first time.

“Having election litigation is not the problem,” Berman said. “The problem is filing litigation with no basis in fact or law. That is what corrodes respect for the judicial system and ultimately is really just about sowing chaos.”

American courts were designed to be a plaintiff-forward system. Berman said when a plaintiff files a claim, they are not expected to have all the evidence needed to prove their case. He says plaintiffs can have access to discovery and other sources that may have the evidence they seek.

“But on the other hand, we don’t want to just allow every case to go forward because then government, police forces, corporate defendants, and so on would be tied up in litigation all the time. And it would impose undue costs. So this is a difficult balance that has to be struck,” he said.

Yet legal fees stacked up because lawyers had to respond to the claims. The Department of State spent $3.4 million. And counties’ combined total was more than $1 million.

The institutions held … but were left battered and bruised

Trump’s election-fraud lie and extensive litigation helped sow doubt in many voters’ minds about the legitimacy of the election and their faith in the legal system.

No widespread fraud was uncovered after over 60 lawsuits, some adjudicated by Trump appointees. Pennsylvania counties conducted a standard recount of votes before they were certified in November and found no evidence of malpractice. And, federal, state and local officials from both parties have said the election was secure.

And yet, about two-thirds of Republican voters believe the election was stolen.

Elaine Kamarck, founding director of the Center for Effective Public Management at the Brookings Institute, said the post-election lawsuits abused the system, especially given the fact that none brought in Pennsylvania would have changed the result had they been successful.

“All they’re doing is spreading distrust of the legal system,” she said.

“One of the broader things we’re having to figure out in the internet age is how to get people to discern reality from worlds which they can go on the internet and convince you … of things that are simply, absolutely, not true,” she said.

Republicans have accused the Democratic-majority Pennsylvania Supreme Court of making a political calculation when it ruled against Trump and his allies. Some refer to Republican Chief Justice Thomas Saylor’s dissenting opinion for Rep. Mike Kelly’s Act 77 challenge, which said the suit “presents troublesome questions about the constitutional validity” of the mail-in voting law. Nevertheless, Saylor stopped short of calling for Pennsylvania’s electoral results to be delayed. 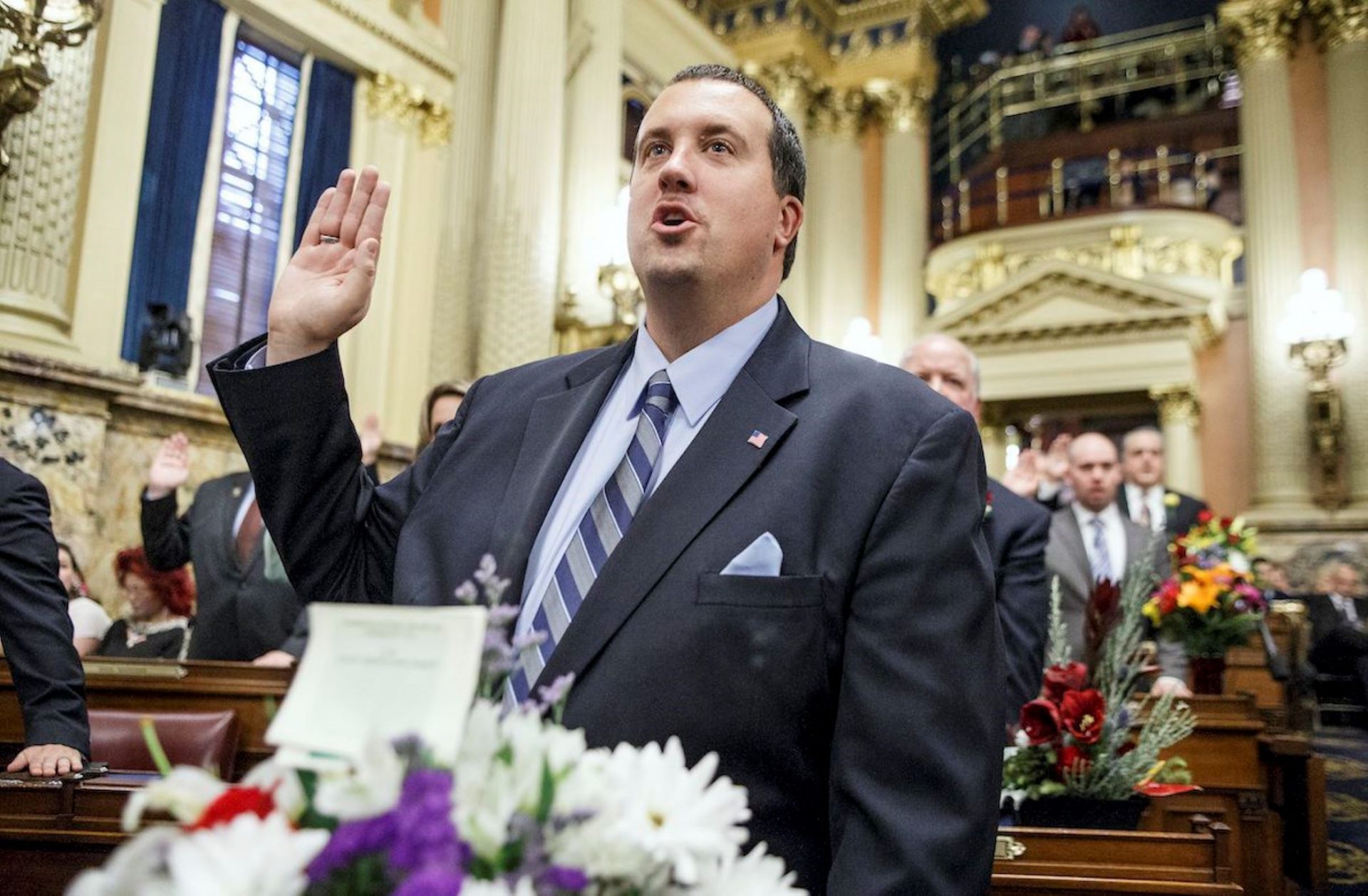 Several counties hired outside counsel to represent them in the election litigation, and the cost dug into budgets that were strapped for cash during the COVID-19 pandemic.

Moreland said states need to prepare for this to happen again, and to fund election administration properly.

“The state (General) Assembly and county commissions should be looking at (that) as they think about what could we do better the next time around,” Moreland said.

Kamarck is calling on the federal government to help state and local governments, particularly when state legislatures refuse to do so. She likens the disinformation and fraud allegations in 2020 to the election interference by Russia in 2016.

“Feds can spend money on hardening the states’ election systems. Between 2016 and 2020, there was a fair amount of money spent to protect the computer systems of state elections,” she said. “I think that is good. We don’t seem to have had much Russian interference in the election machinery.”

Republicans in the state legislature passed a bill that would make changes to Pennsylvania election law.

The Voting Rights Protection Act, introduced in early June, would allow election workers to prepare ballots to be counted before Election Day, one of the things counties have asked for. Another provision would move back the deadline to request a mail-in ballot application to 15 days before Election Day, rather than seven days.

Other items in the proposal would make things more complicated for election administrators.

Counties would have to issue registration cards that in-person voters would have to show, and the process of mailing them out would be used to clean voting lists of dead or otherwise ineligible names. The proposal also includes signature matching procedures to verify voter eligibility.

Pa. Republican lawmakers and the U.S. Capitol attack
As part of WITF’s commitment to standing with facts, and because the Jan. 6 attack on the U.S. Capitol was an attempt to overthrow representative democracy in America, we are marking elected officials’ connections to the insurrection. Read more about this commitment.
Rep. Seth Grove, R-York County, supported Donald Trump’s 2020 election-fraud lie by signing a letter urging members of Congress to object to Pennsylvania’s certified electoral votes going to Joe Biden. The election-fraud lie led to the attack on the Capitol.

Much of the bill’s content was drawn from State Government Committee hearings held after the election. The hearings grew in part from Republicans’ inaccurate claims of fraud and irregularities in the state’s voting system. President Joe Biden won Pennsylvania by more than 80,000 votes.

The bill’s sponsor, York County Republican Rep. Seth Grove, later admitted the known fraud in Pennsylvania in 2020 was committed by Republicans, and at a level that “would not have shifted hundreds of thousands of votes,” he told the Pennsylvania Capital-Star.

The bill “includes all aspects of issues brought before the committee,” Grove said.

Democratic Gov. Tom Wolf vetoed the bill, with his office calling it “an extremist proposal” attempting to undermine confidence in the election system and make it harder for people to vote.