FILE - In this Sept. 5, 2017, file photo, a flag is waved outside the White House, in Washington. The Trump administration is extending a ban on green cards issued outside the United States until the end of 202 and adding many temporary work visas to the freeze, including those used heavily by technology companies and multinational corporations.

Pa. immigrants hopeful, but skeptical that Dem control in D.C. will finally create a path to citizenship

Immigration groups around Pennsylvania and the country want to keep pressure on Washington to include a path to citizenship in the final package. 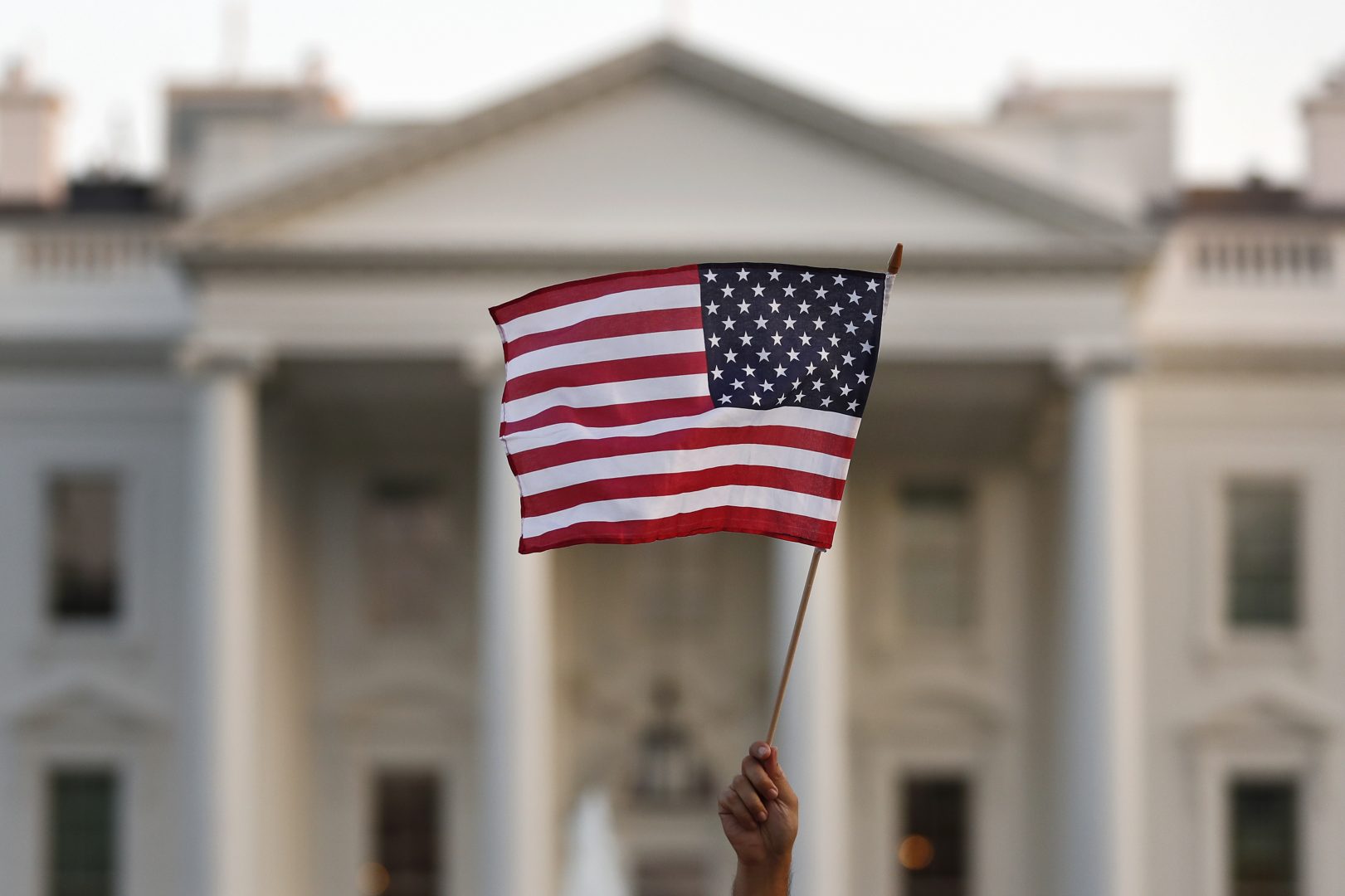 FILE - In this Sept. 5, 2017, file photo, a flag is waved outside the White House, in Washington. The Trump administration is extending a ban on green cards issued outside the United States until the end of 202 and adding many temporary work visas to the freeze, including those used heavily by technology companies and multinational corporations.

(Philadelphia) — During the run up to the 2020 election, then-presidential candidate Joe Biden’s campaign material called immigration to the United States an “irrefutable source of our strength.”

But when Yessenia Gutierrez, who was raised in Philadelphia by Guatemalan parents, heard recent comments by Vice President Kamala Harris telling Guatemalans not to come to the United States, she was not at all surprised.

“This is a continuation of what [politicians have] always done,” said Gutierrez. “They can say one thing, but do another.”

Migration from Central America to the United States has been steadily increasingsince 1990, with factors like climate change, organized crime and economic insecurity driving people northward, according to the think tank The Inter-American Dialogue. Thirty-six thousand of Pennsylvania’s current residents were born in Central America, per the Migration Policy Institute.

During former President Donald Trump’s administration, many people fleeing these conditions were trapped in dangerous refugee camps outside the U.S. border, separated from their children, and vilified in public discourse. Biden campaigned on reversing these policies and updating the U.S. immigration system. While recent White House attention has focused on stopping border migration, local Central American immigrants and activist groups are putting pressure to change laws in the U.S.

In Guatemala in early June, Harris spoke about plans to implement an anti-corruption task force, invest $40 million to boost the education and economic opportunities for Indigenous women, and to give the country 500,000 doses of the COVID-19 vaccine.

Gutierrez, who is a member of the Movement of Immigrant Leaders in Pennsylvania (MILPA), has been hearing about the root causes of migration being poverty, crime, and corruption, all her life. That’s why she is skeptical about the Biden administration’s ability to address these longstanding issues.

“These corporate politicians can’t be trusted to eradicate poverty in the U.S., in their own country, much less in a region where the U.S. has politically and economically destabilized politics for decades,” she said.

Past attempts to give aid to alleviate poverty and slow migration – for example a program to build outhouses for potato farmers – were not effective, reported the New York Times.

Since Biden took office, he has rolled back many of the previous administration’s immigrant policies, changing enforcement priorities within the United States and lifting travel and visa restrictions targeting specific countries. But his administration has also been criticized for not ending all of Trump’s exclusionary practices, such as a pandemic policy called Title 42, which allows the U.S. to essentially close its borders due to the possibility of communicable disease.

While on the campaign trail President Biden also promised that he would take urgent action to modernize America’s immigration system, updating decades-old laws and providing a pathway to citizenship for some of the country’s estimated 11 million undocumented residents. He unveiled a plan to do so over the course of eight years in May.

“I think the fact that the doors are open and the conversations are happening, it’s encouraging,” said Vazquez-​Carrero, state director with CASA Pennsylvania. “That doesn’t mean that the fight stops,” she continued.

In the spring, several news outlets reported that Sen. Majority Leader Chuck Schumer (D-NY) planned to push through immigration legislation using budget reconciliation, after laws to provide a pathway to citizenship failed to move through Congress. Democrats are considering using this move, which involves tacking legislation to the fiscal year budget, to change policy on everything from climate change to Medicare, as well as immigration. If successful, it bypasses the possibility of a filibuster, as these changes only require 51 votes to pass the Senate — exactly what Democrats have including Vice President Harris’ tie-breaker vote.

Immigration groups around Pennsylvania and the country want to keep pressure on Washington to include a path to citizenship in the final package. Of particular interest are programs like Deferred Action for Childhood Arrival and Temporary Protected Status — both of which have allowed many immigrants to avoid deportation and work in the United States, without a path to citizenship.

“Being undocumented is not a crime … It is a violation of an outdated procedure that needs overhauling and needs it now,” said Heidi Roux, assistant director of Immigrants Rights Action in Doylestown, a group founded to aid undocumented Central Americans in their community.

Groups such as Make the Road Pennsylvania and New Sanctuary Movement of Philadelphia have called on Pennsylvania’s congressional delegation to take a more forceful stance in support of creating a path to citizenship through reconciliation, and organized town halls where undocumented Pennsylvanians can speak directly for the need for these reforms.

“After 25 years in the U.S., my dream is to be able to hug my family again,” said Maria Del Carmen, a member of Make the Road PA.

U.S. Senator Bob Casey and Rep. Mary Gay Scanlon (PA-05) have responded and will be participating in one such event on Monday.

“Senator Casey supports comprehensive immigration reform and believes Congress should do whatever it takes to get it passed. If that means using the reconciliation process or reforming the 60-vote rule, then he’s open to it,” said a Casey spokesperson.

This movement makes Thaís Vazquez-​Carrero hopeful that real change, after 30 years of partisan gridlock on immigration, could happen.

“Immigrant Latinos went out to the polls in numbers that we have never seen before. So we showed up. It’s time for them to show up for us,” she said.

The midstate's U.S. attorney had prosecuted it all. Then came the pandemic and an insurrection.