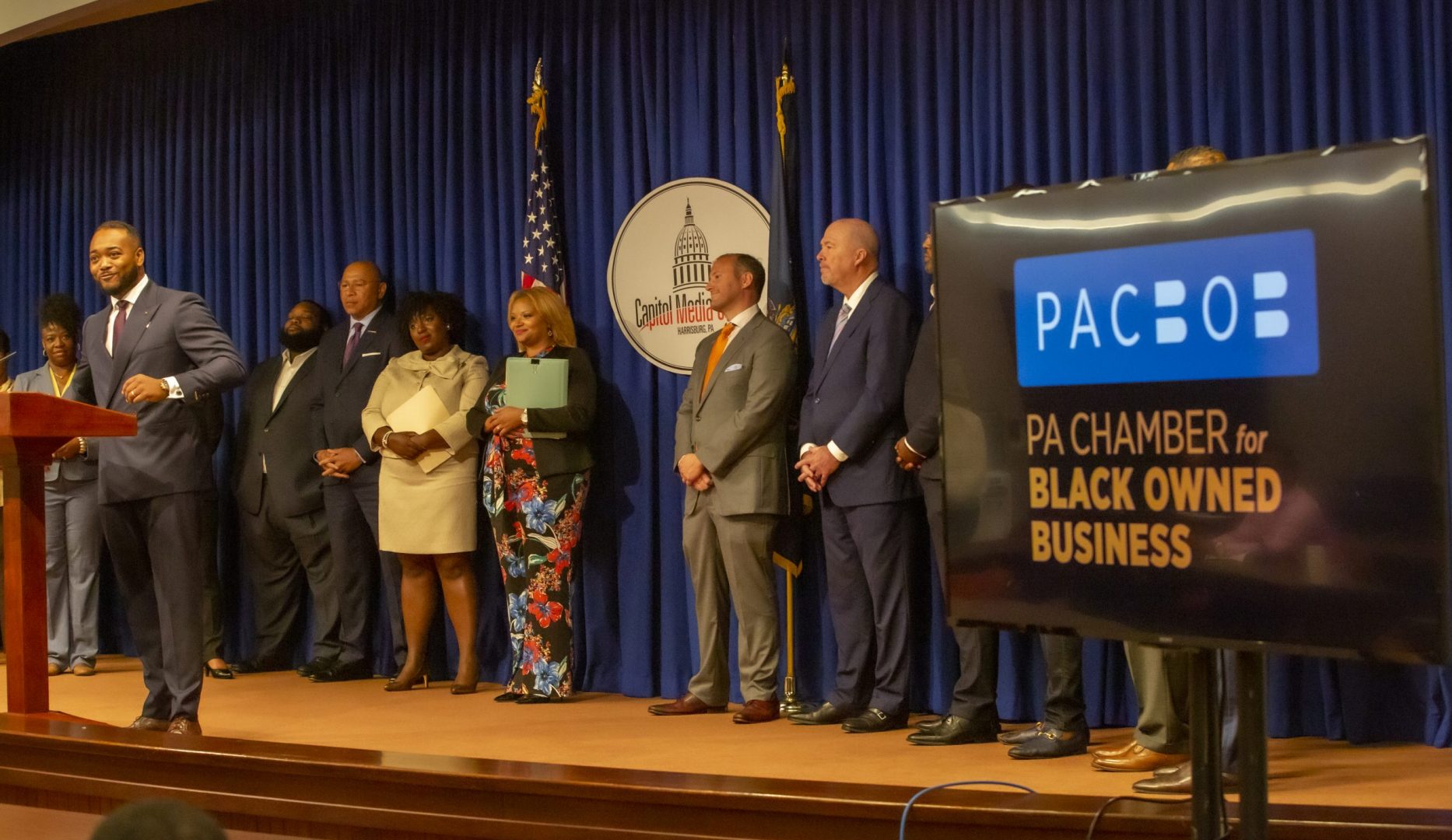 When the economy began to shut down due to the coronavirus pandemic, Black businesses were hit disproportionately hard. Between February and April 2020, they declined 41 percent, in comparison to 17 percent for White-owned businesses, according to a study from the National Bureau of Economic Research.

The nonprofit, known by its acronym as PACBOB, launched Monday and is the first statewide organization to lobby on behalf of Black businesses.

David Dix explains the organization’s goals are to connect Black entrepreneurs to a larger network of business owners and to help them get access to investment and training.

“This effort is to recognize first that we are all stronger together, so we’re trying to break down silos, break down barriers and create the biggest tent possible for Black businesses to succeed,” Dix said.

“Places like Erie, which is my hometown, places like Reading, Scranton, are not covered by any of the regional African American chambers, so we intend to be that support system for those areas,” Dix said.

The organization will also partner with the Pennsylvania Chamber of Business and Industry and other companies that can help provide access to investors.

“Growing up every single day and being able to go to the corner and see a store being owned by somebody that looked like me and by somebody who lived in my community made a difference,” Rep. Jordan Harris (D-Philadelphia)  said at the launch event.

Regilynn Haywood, 27, owns a spa called There She Glows in Harrisburg. When COVID-19 hit, she relied on her parents to stay afloat. She had to close for eight months. She got a PPP loan and unemployment benefits to help during the time her business was shut down. 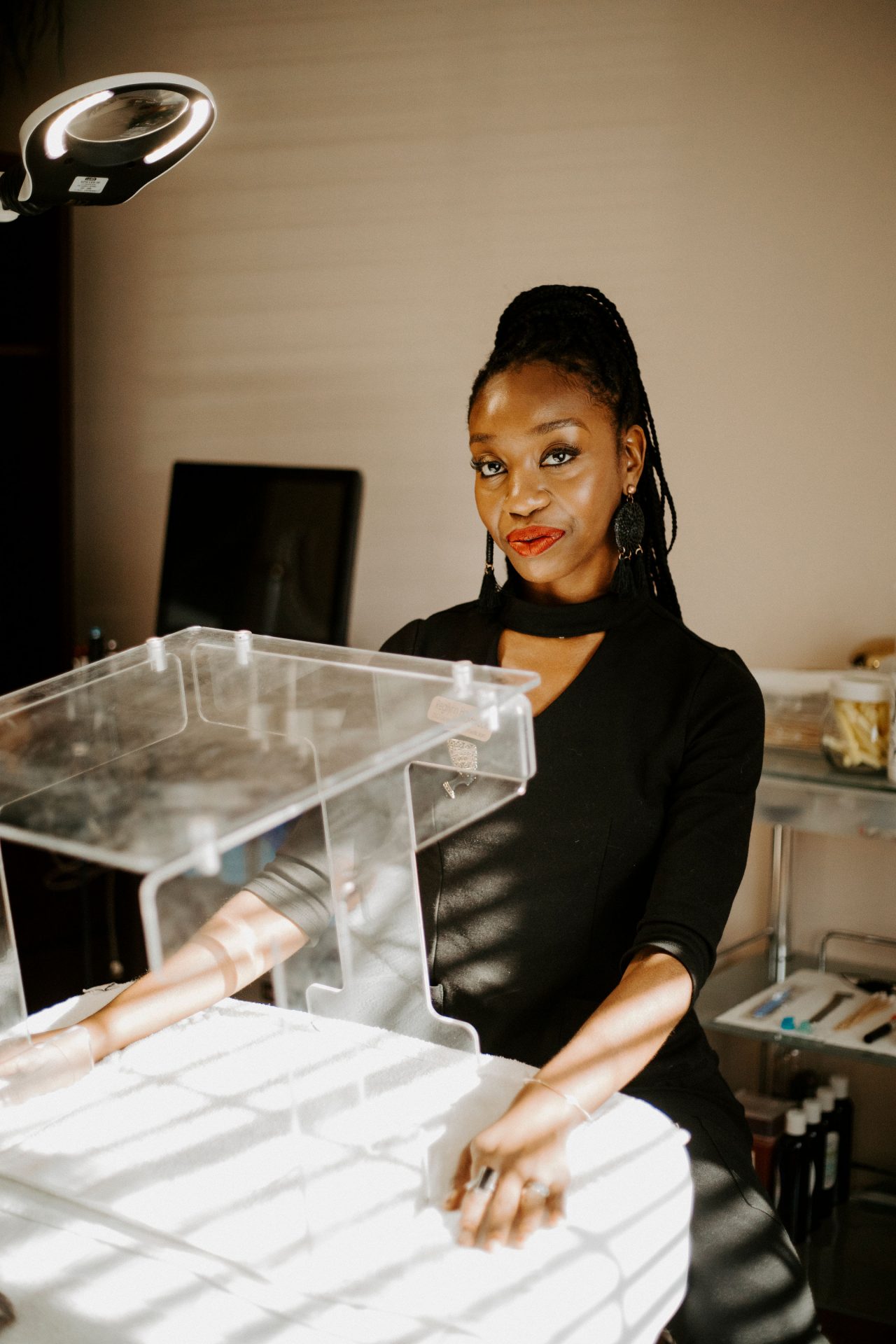 Regilynn Haywood is the owner of There She Glows in Harrisburg. She had to close down her business for almost a year due to the pandemic.

Haywood’s parents, Felicia and Reginald “Reggie” Haywood, own Hairliners, a salon in Harrisburg.

“I would not have survived if it were not for the legacies that my parents had already created in this community, because I was not able to pay rent anymore,” Haywood said.

By now, Haywood has been able to recover and even hired two new employees, but she says that for many Black business owners who lack generational wealth, that is not possible.

“In order to not be undervalued and overlooked, we have to have a blueprint and that has to be passed down just like it is in the White community,” Haywood said. A blueprint, Haywood said, means access to property, money and also knowledge of how to run a business.

“We’re going to be working all throughout summer to make sure that all the gaps are filled, that our team and infrastructure reflects the broad geographic and gender diversity of this beautiful commonwealth,” Dix said.

Leaders from other Black chambers of commerce have called on Pennsylvania’s state government to invest in the Black economy. In an op-ed published in the Pennsylvania Capital Star, Regina Hairston, CEO of the African American Chamber of Commerce of Pennsylvania, New Jersey, and Delaware, called on the state legislature to use budget funds to help Black businesses recover from pandemic losses.

“Pennsylvania has over $7 billion dollars American Rescue Plan funding available for use, and currently, our Commonwealth is sitting on a $3 billion dollar surplus, totaling $10 billion dollars in funds that can be used to help communities devastated by this pandemic,” Hairston wrote.