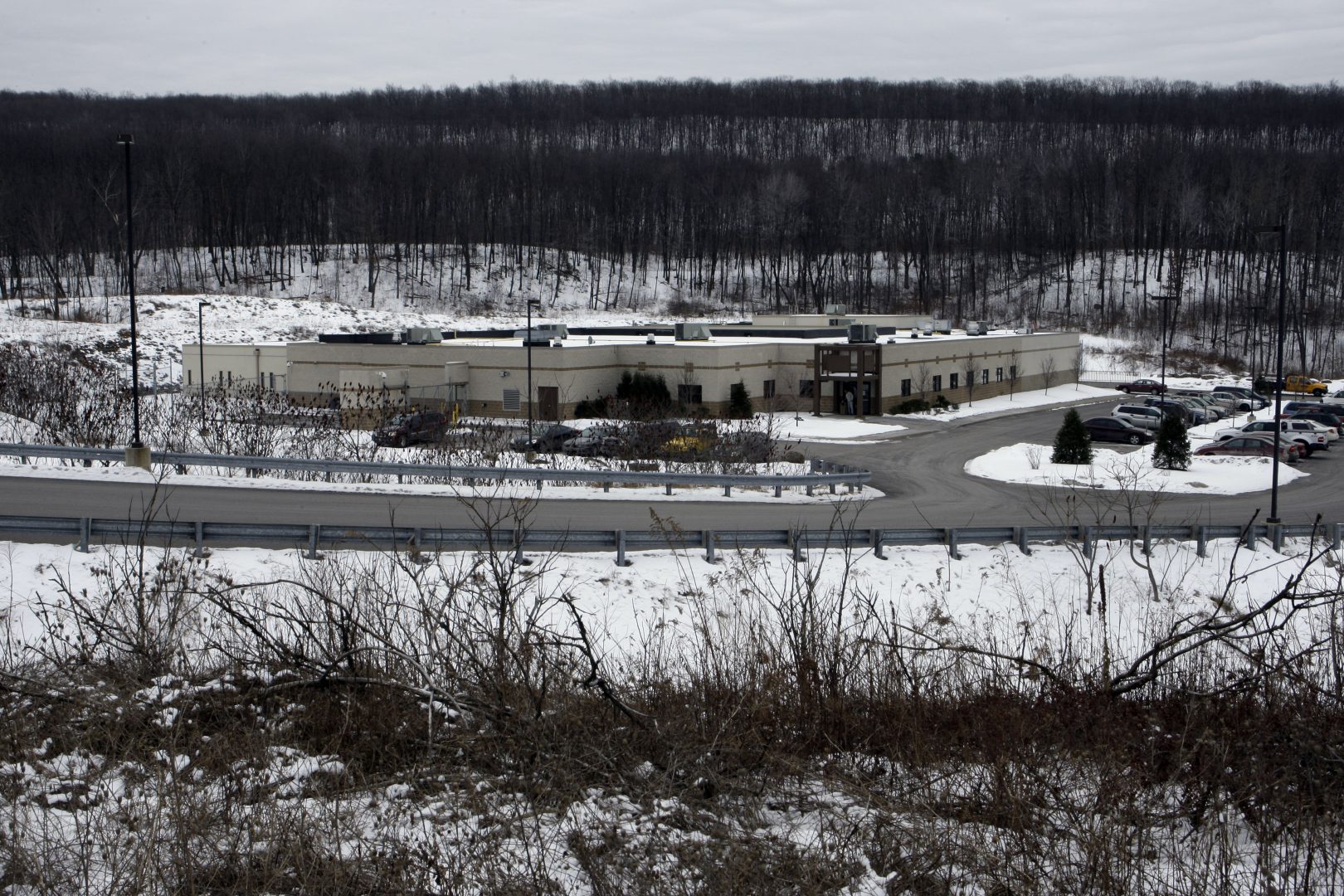 (Harrisburg) — Pennsylvania locks up far too many first-time and low-level youth offenders, with Black youth in particular disproportionately yanked from their homes and prosecuted as adults, according to a governmental task force that made recommendations on Tuesday to reform juvenile justice in the state.

Young offenders told the task force of being stuck for years in a system they couldn’t seem to escape, lodged in facilities far from home that weren’t clean or safe and did not offer effective treatment or education. One girl said she’d “learned to live in an institution but not as a person in the world.”

A substantial percentage of young people who commit a minor crime, and are considered at low risk of reoffending, are nevertheless removed from home and placed in a residential facility, the group found in its 16-month review. The practice is widespread despite research showing that out-of-home placement is “generally not effective at reducing recidivism for most youth — and can instead be counterproductive,” the report said.

Policymakers found widespread geographic and racial disparities in how youth offenders are treated, with Black youths more likely than white youths to be removed from home and prosecuted in adult court. Black youths represent 38% of cases in juvenile court, but 62% of the youths detained before adjudication and 47% sent to a residential facility, the report said. The use of detention varied widely from county to county.

“It was glaring that there is such racial disparity,” task force member Rep. Tarah Toohil, R-Luzerne, said at a news conference at the Capitol in Harrisburg. “Many times you have families that are crying out to the system to say, ‘Help our family, we’re having difficulties in many different areas.’ And then that family gets snared into their child being taken away.”

The task force, which included state lawmakers, officials in the administration of Democratic Gov. Tom Wolf, local officials and others, made a range of administrative, statutory and budgetary recommendations. They include:

With Pennsylvania incarcerating a higher-than-average percentage of its youth, the task force said its plan would reduce the population of young people in residential facilities by nearly 40% in five years and save nearly $81 million that could be reinvested in a range of youth services. 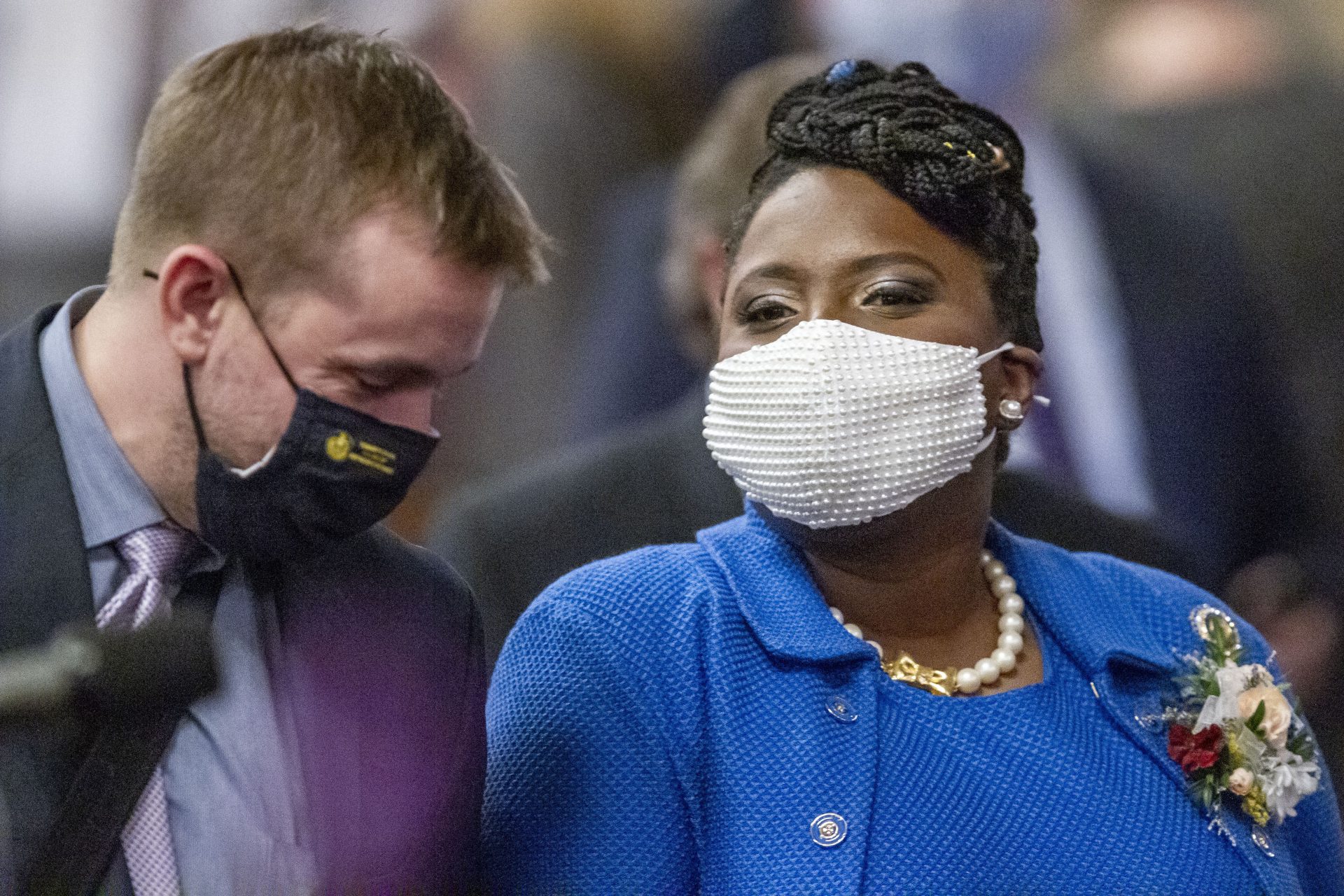 FILE PHOTO: In this Tuesday, Jan. 5, 2021, file photo, Speaker of the House Bryan Cutler, R-Lancaster, left, talks with incoming House Minority Leader Joanna McClinton, D-Philadelphia, on the House floor before the Pennsylvania House of Representatives are sworn-in at the state Capitol in Harrisburg, Pa.

House Minority Leader Joanna McClinton, D-Philadelphia, called for policies that “ensure that children across the commonwealth are in fact treated as children, and that they are not put into a pipeline that simply prepares them for a lifetime of recidivism, crime, punishment.”

Added McClinton, who spent nearly 10 years as a public defender in Philadelphia: “And that is something that has occurred for far too long.”

“Although the recommendations contained in the report fall short of true transformation, they are a vast improvement over current law and practices,” said Malik Pickett, a staff attorney at the organization. “We hope that the Pennsylvania Legislature will move swiftly to enact these protections into law.”

Legislative leaders and Wolf formed the task force in December 2019. The group was tasked with making recommendations on how to make people safer, improve accountability and save tax dollars. Its members were appointed by Wolf, the court system and the Legislature.

“We need to do better by our youth and communities, and that’s why this important work remains a top priority for all of us,” Wolf said in a statement.

His spokesperson said the administration will determine what changes it can make on its own.

All Sunday hunting restrictions would be canceled by new bill