(Pittsburgh) — Just like last year, the Pittsburgh Pirates have one of the worst records in Major League Baseball this season, and one fan is so frustrated that he’s announced a long-shot bid to buy the team himself.

“I just want to make the team relevant, and I think I have a plan to make that happen,” said Ty Ballou, at a press event Monday at Pittsburgh Pro Fitness, a gym he co-owns in Emsworth. 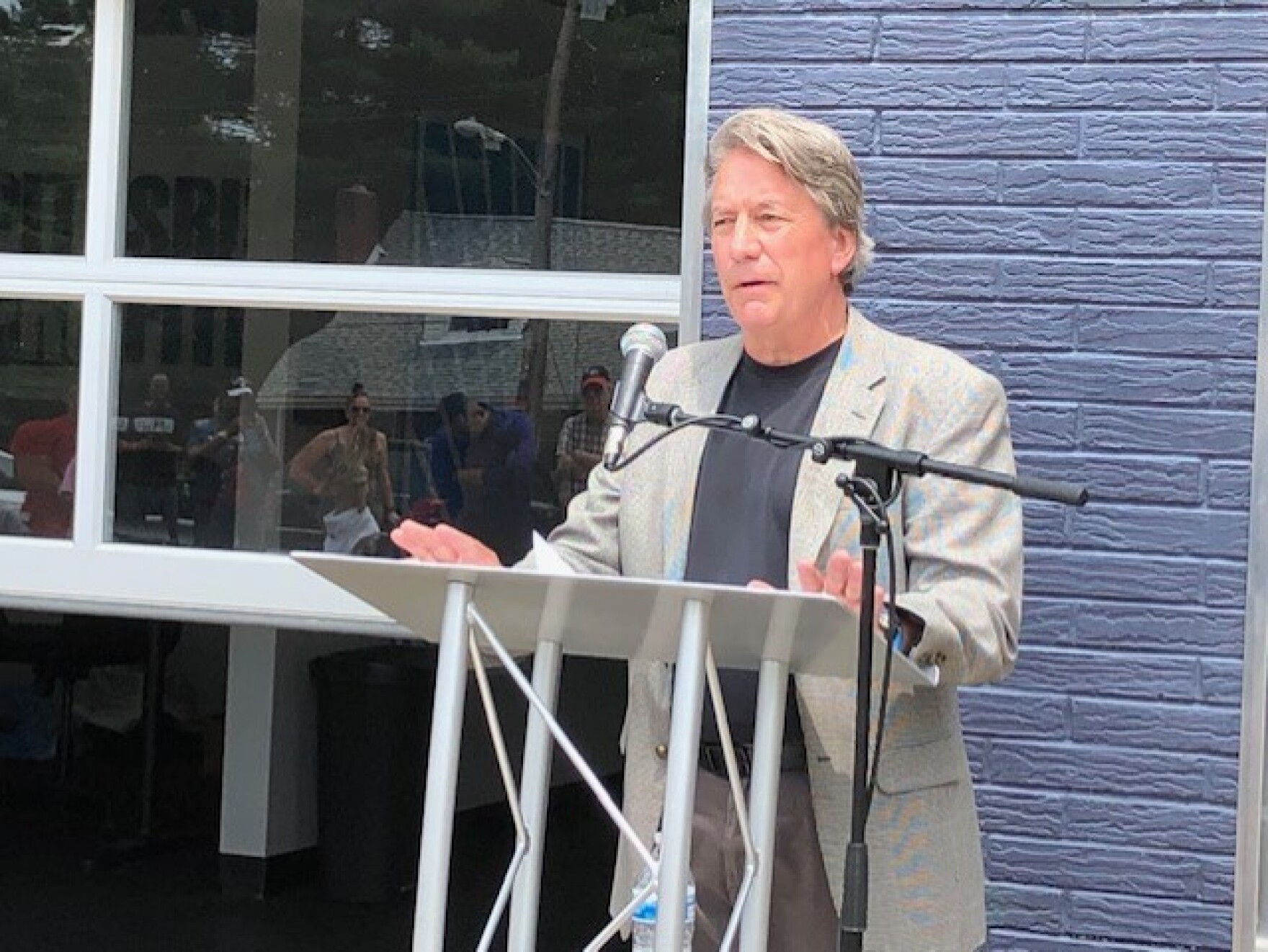 Ballou also owns PLB Sports & Entertainment, a company that creates branded products, like snack foods, for pro athletes in Pittsburgh and elsewhere. Since the 1990s, he’s worked locally with everyone from Mario Lemieux and Jerome Bettis to JuJu Smith-Schuster, and nationally with quarterback Doug Flutie, on Flutie Flakes.

Ballou is from Chicago. He said he fell for the Pirates after moving to Pittsburgh in the early ’90s to work for the Clark Company. Pirates owner Bob Nutting purchased the club in 2007, and it’s had only four winning seasons since. Accomplished and promising young players like pitchers Gerrit Cole and Jameson Taillon, and slugger Josh Bell, have been dealt away for little to no return, and the team’s payroll is among the lowest in baseball, and well under half the Major League average.

This year, the Pirates have also earned unwanted national media attention for their on-field gaffes on offense and defense.

“I think after 14 years, that’s enough, right? We’ve given him 14 years to put a good product out there, and this isn’t a good product,” said Ballou at the press event, speaking to media and a couple dozen supporters in the gym’s parking lot.

Professional sports franchises are dauntingly expensive. This year, the Pirates, a small-market team, were valued at $1.28 billion by Forbes.

Ballou said he is ready to talk numbers only with Nutting. That could be a challenge in itself: Nutting has said publicly he intends to keep the team. A phone message to the Pirates seeking comment on Ballou’s announcement was not returned by press time.

Ballou said he also planned to reach out to seek support from local civic and corporate leaders. Asked who might be in his investment group, he declined to name names. He said he plans to contact Nutting by month’s end.