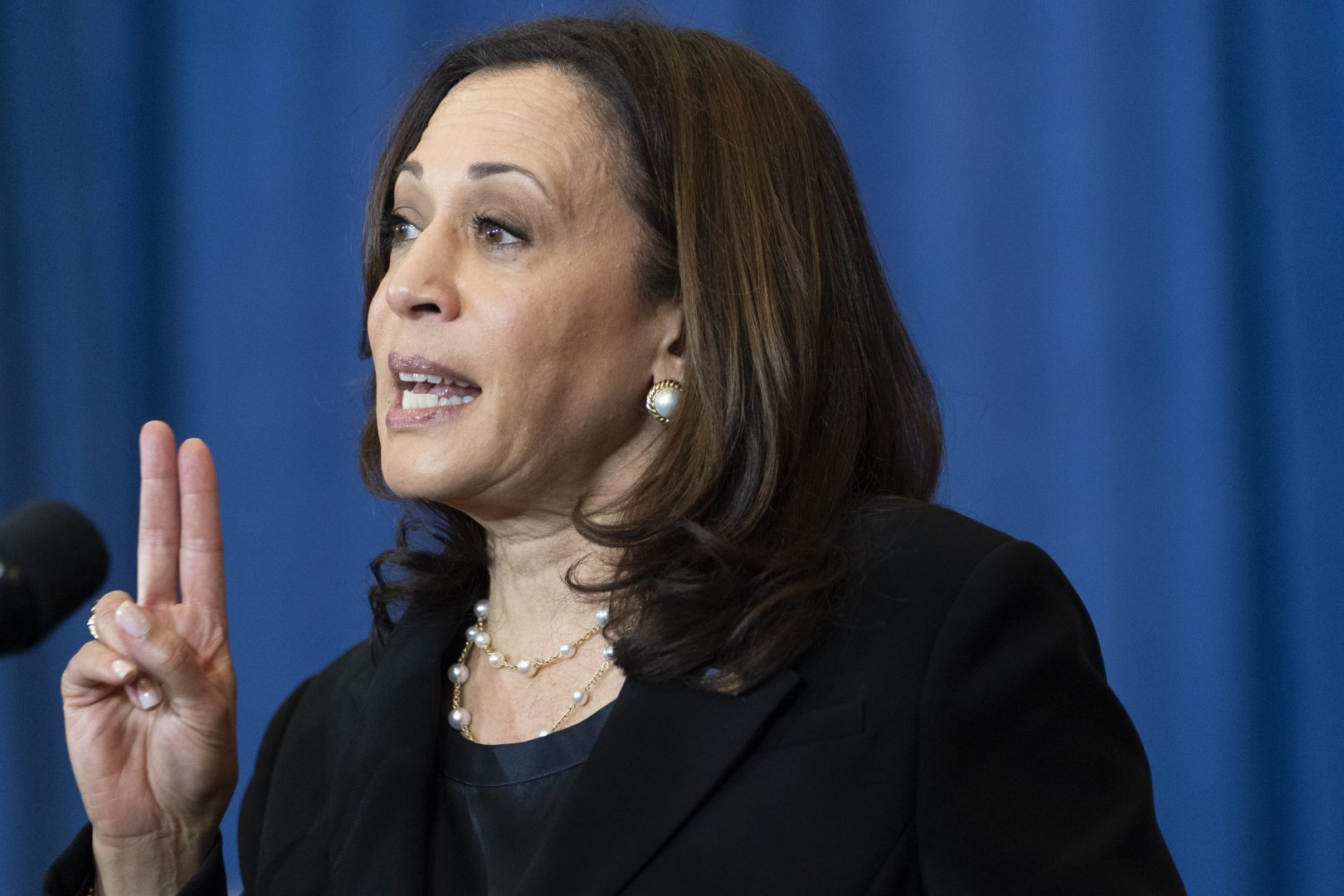 (Pittsburgh) — Vice President Kamala Harris visited a Brookline daycare and recreation center Monday to build awareness for a White House anti-poverty program whose success may depend on how many people hear about it.

In a speech that clocked in at less than 20 minutes, Harris said the Biden administration’s expansion of the Child Tax Credit could be a key tool in reducing child poverty by nearly half. She recalled meeting a child in a children’s program who told her “I want to be everything” when she grows up, saying “All of our communities’ children … want to be whatever they want to be. And it is our responsibility to support them every step of the way.”

Harris’ appearance was part of what the White House is calling “Child Tax Credit Awareness Day,” an effort to tout — and encourage participation in — an expansion of federal tax credits for families with children.

As part of the COVID-relief program called the American Rescue Plan, for all but the wealthiest households, the value of the credit has been increased from $2,000 to $3,600 for children 5 and under, and $3,000 for children between 6 and 17 years old. And under the law, the credit will be front-loaded, payable in monthly installments of $250 to $300 beginning in July, rather than coming due when taxes are filed next spring.

Some 39 million families are slated to begin receiving the benefit automatically in mid-July, according to the IRS. The White House is ramping up efforts to publicize the credit’s expansion, which many see as a potentially game-changing policy to benefit poor families: Some estimates are that it could help lift half of all impoverished children out of poverty.

But in many cases — especially those involving families who haven’t filed taxes for the past two years — the success of the program will rely on people signing up for the benefit. The White House unveiled a website to help people do so, childtaxcredit.gov. 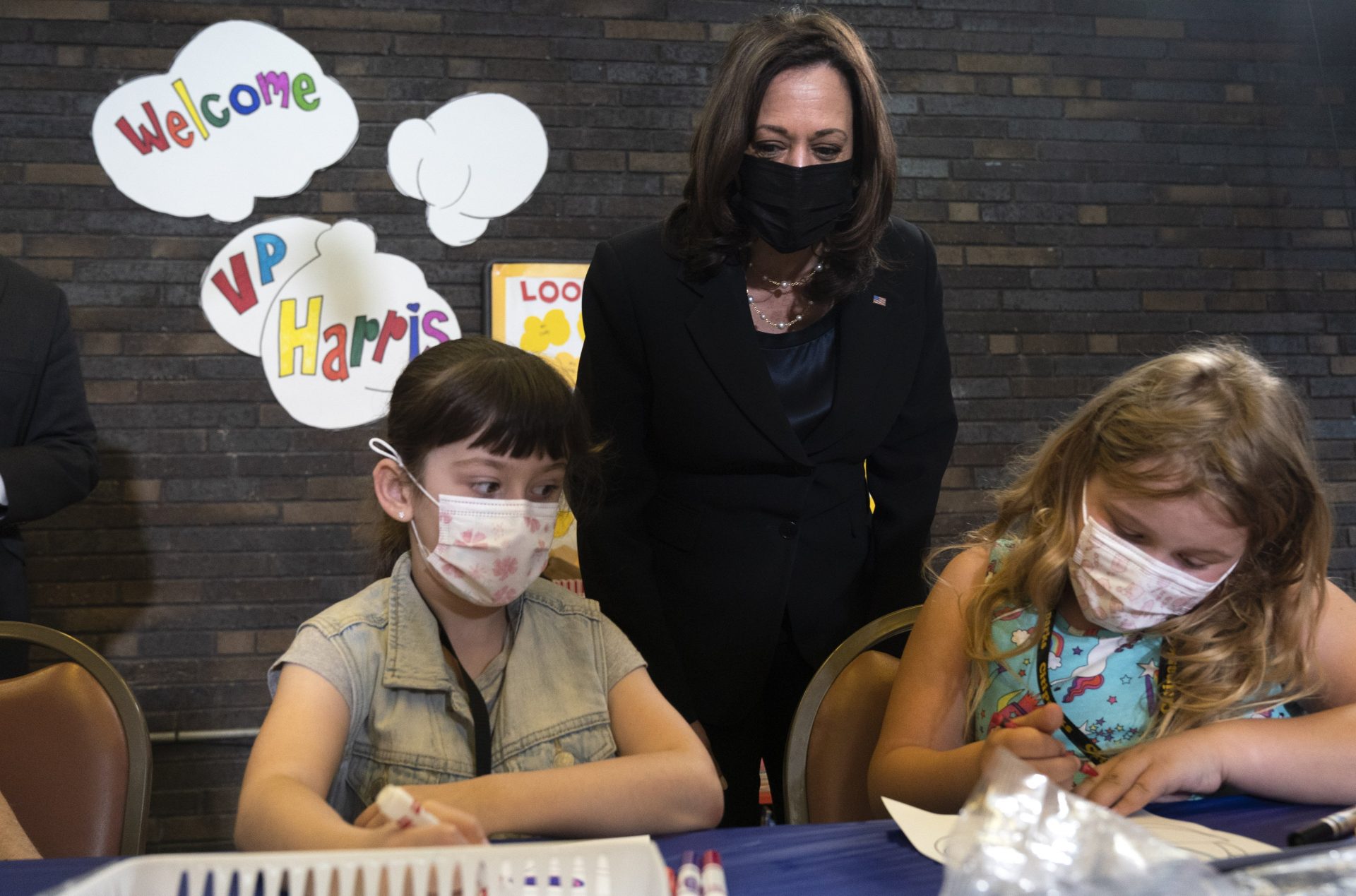 In Brookline, Harris noted that while current taxpayers didn’t need to do anything to enroll in the program, others “have to take action. You have to do something to get it,” by visiting the website and filling out what she called “a simple form. … And that’s it.”

“When more families know about the relief … that is how we will be able to lift our children out of poverty,” she said.

The challenge of notifying lower-income families has raised concerns in some quarters that the IRS may lack the ability to connect with the people who have the most to gain from the benefit, precisely because they are the least likely to file income tax returns.

Even going to a website to complete what Harris called “a simple form” presents challenges, because internet access suffers from a “digital divide” in which lower-income families and communities of color may not have internet service at home.

City Council member Ricky Burgess acknowledged the problem shortly after the event. While he said people in his community — and some of his own family members — would benefit from the credit, local service groups would need help getting the word out and addressing disparities in internet access.

“It all goes together,” he said.

And even as the economy recovers from the coronavirus pandemic, there are still concentrated pockets of need. The Census Bureau last month reported that one-third of families with children are struggling to handle essential expenses like food and rent: One in five say they are behind on their rent. As with many indices of poverty, the problems are especially acute in households of color, where as many as 42 percent of households say they struggle to pay essential expenses.

The Brookline event was the first of two appearances Harris is set to make today. This afternoon she will be attending a roundtable discussion at the IBEW Local 5 hall on Pittsburgh’s South Side, where she will discuss a White House task force on helping workers unionize.