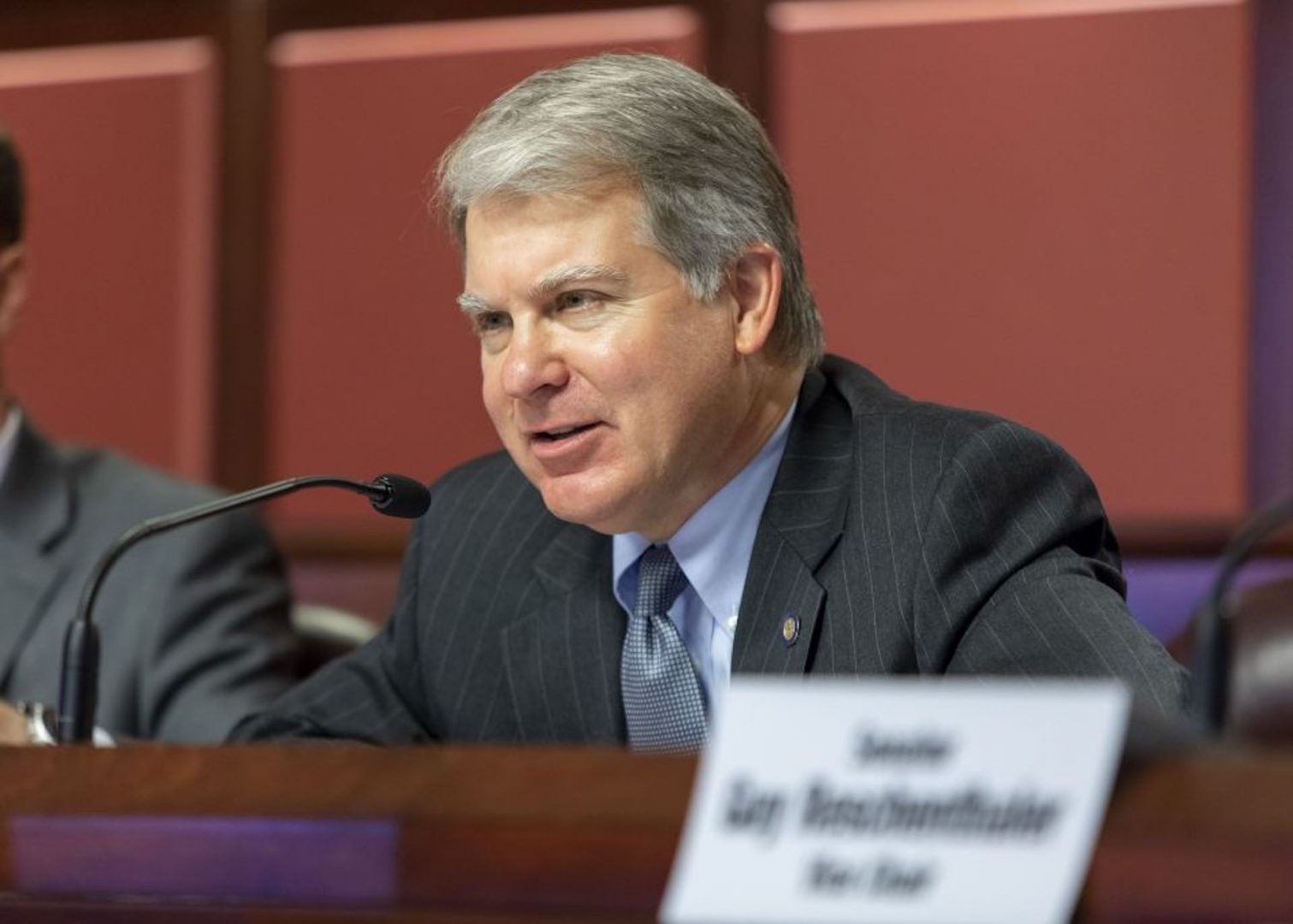 (Harrisburg) — The Pennsylvania state senator in charge of a key election committee is backing an audit of the November presidential contest similar to Arizona’s partisan ballot review, four days after former President Donald Trump called him out and claimed he was dragging his feet.

But such an effort, particularly if advanced by just one political party, will be sure to attract criticism and come with critical questions, including how much it would cost, who would pay for it, and why it would be any more trustworthy than the widely accepted audits already completed.

Argall’s counterpart in the state House has rejected an additional audit, but the Senate is able to order its own review, and Argall’s committee has the power to subpoena ballots.

“The results are the results,” Argall said Friday during Spotlight PA’s Capitol Live event, when asked if he accepted November’s results as legitimate. “The Electoral College has spoken, you know the president has been sworn in. I understand that’s a reality.”

County election and state officials, as well as Trump’s own attorney general, have repeatedly said there was no evidence of widespread fraud in Pennsylvania, and that the results were accurate and reflected the will of voters across the state.

Yet Pennsylvania has been and continues to be the focus of Trump and his most ardent supporters, who falsely claim the 2020 election was stolen. Many Republican lawmakers, including leadership in the House, signed on to a letter calling for Congress to reject the state’s electors for President Joe Biden, while prominent senators, including Argall, asked the body to delay certification of the Electoral College because of “inconsistent and questionable activities.”

On Monday, Trump targeted Argall as well as state Senate President Pro Tempore Jake Corman (R., Centre), demanding an audit and asking if they were “stupid, corrupt, or naive?”

“I feel certain that if Corman continues along this path of resistance, with its lack of transparency, he will be primaried and lose by big numbers,” the former president said in a statement.

Despite sustained efforts by Trump and some Republicans across the U.S. to cast doubt on the results of the election, Argall said, “I don’t know why people are so mistrusting of the results.”

“I just know that they are,” he said.

Argall said he was focused on the process, including decisions by the state Supreme Court and the Wolf administration that “completely ignored” what lawmakers intended when they passed a major election overhaul in 2019 that, among other things, instituted universal mail voting.

Experts previously told Spotlight PA and Votebeat that guidance from the Department of State on issues like “curing” mail ballots with problems like a missing privacy envelope was the result of gaps in the law. Rulings from the state’s high court, including one that allowed mail ballots to be received past the standard deadline, cited the pandemic as requiring extraordinary relief.

“Do I have 100% confidence … that everything was perfect? No, I’d really like us to take a detailed review of that,” Argall said. “That’s why we’re looking at changing pieces of the election legislation, and it’s also why I think it wouldn’t hurt at all to go back, do that audit, and say, ‘How exactly did that work out?’”

Pa. Republican lawmakers and the U.S. Capitol attack
As part of WITF’s commitment to standing with facts, and because the Jan. 6 attack on the U.S. Capitol was an attempt to overthrow representative democracy in America, we are marking elected officials’ connections to the insurrection. Read more about this commitment.
Sen. Dave Argall supported Donald Trump’s 2020 election-fraud lie by signing a letter asking Congress to delay certifying Pennsylvania’s 2020 election result, despite no evidence that would call that result into question.
Rep. Seth Grove signed a letter urging members of Congress to object to Pennsylvania’s electoral votes going to Joe Biden.
These actions supported the election-fraud lie, which led to the attack on the Capitol.

Those concerns, and how to fix them, have already been the subject of 10 hearings by the state House panel and culminated in a sweeping GOP proposal to change voting in Pennsylvania. Argall said he couldn’t be sure what, if anything, another audit would reveal.

Asked if he thought the election was fair and secure, he said, “Can’t we do the audit, and answer that, so that we all have a final answer?”

“So is that a yes or a no?” the interviewer responded.

Argall is chair of the powerful Senate State Government Committee, which, in addition to election bills, considers redistricting legislation. In a wide-ranging interview with Spotlight PA, the senator said there are talks to advance an amended version of a bill that would put additional guardrails on the decennial process of drawing new political maps.

The bill, proposed by Sen. Lisa Boscola (D., Northampton), would add more transparency to the legislative and congressional redistricting process. But Joe Kelly, her chief of staff, told Spotlight PA and Votebeat on Friday that Argall’s proposed amendment would focus only on the process by which the congressional map is drawn.

Kelly said the senator was disappointed the bill wouldn’t include reforms to how the state House and Senate maps are drawn. Unlike the congressional map, only a five-member commission of General Assembly leaders and an appointed, third-party chairman can approve the legislative maps.

Boscola hasn’t been involved in drafting the amendment, Kelly said, and was told of it Thursday.

Argall declined to provide specifics about which provisions were included in the amendment, and which might be removed, but said there appeared to be a consensus that municipal, county, and school district boundaries should be kept intact. When asked why he had not prioritized the legislation or similar redistricting reform bills in the past, Argall said he is not interested in moving measures that will not pass the House.

That chamber, at the moment, is focused on a major election overhaul that includes stricter voter ID rules, signature verification requirements for mail ballots, and in-person early voting.

Rep. Seth Grove, chair of the House State Government Committee, said earlier this month the chamber would not authorize “any further audits on any previous election” and would instead focus on changing the state’s voting statute.

But Argall said Friday he thinks it “would not be a bad idea at all to proceed with an audit” and that he hopes to “wrap up” the issue in the next few weeks. He said he would want the review to be independent, whether through the state auditor general’s office or a Senate-commissioned probe.

There would also be options when it came to paying for an additional audit, he said.

“One would be yes, do it through public funding,” he said. “The other would be the Arizona model way in which they found, I guess, private donors willing to pick up the cost.”

A private option runs counter to the election legislation Argall’s GOP colleagues are pushing in the House, which would ban counties from taking private dollars in order to pay for voting administration.