In this June 29, 2020 file photo, the Supreme Court is seen on Capitol Hill in Washington. (AP Photo/Patrick Semansky)

Thursday's decision shows the "court's extraordinary support for religion,” said Lee Epstein, a law professor at Washington University in St. Louis and co-author of the study. 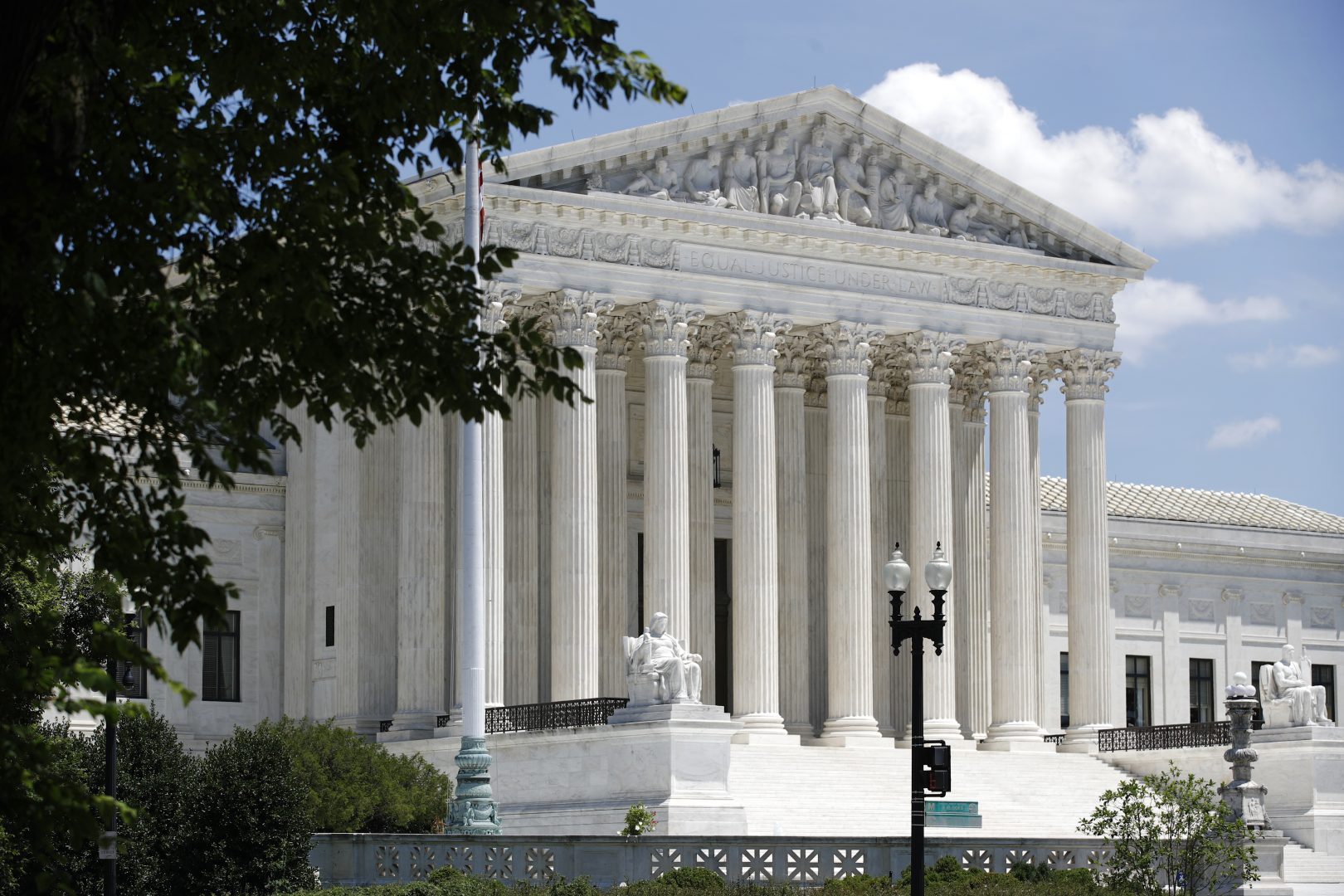 In this June 29, 2020 file photo, the Supreme Court is seen on Capitol Hill in Washington. (AP Photo/Patrick Semansky)

(Washington) — Justice Samuel Alito called it a “wisp” of a decision — a Supreme Court ruling Thursday that favored Catholic Social Services in Philadelphia but was far from the constitutional gale wind that would have reshaped how courts interpret religious liberty under the First Amendment.

Still, there was a shift.

Governmental entities are now on notice that if they want to ban discrimination against LGBTQ persons or anyone else, they must not allow for any exceptions, or else religious groups will have the right to ask for them and they’ll have a strong case for getting them.

The city said the agency violated its requirement that contractors not discriminate on the basis of sexual orientation. Catholic Social Services had unsuccessfully argued in lower courts that it should be exempted under its religious belief that marriage is solely between a man and a woman. Also, it noted there were more than 20 other agencies that would work with same-sex couples.

A decades-old Supreme Court precedent says that if a government policy applies to everybody, religious groups can’t claim an exemption even if it conflicts with their beliefs.

But in Thursday’s majority opinion, the court noted that Philadelphia’s contract with foster agencies allowed the human services commissioner to make exceptions to its non-discrimination law.

“Where such a system of individual exemptions exists, the government may not refuse to extend that system to cases of religious hardship without a compelling reason,” the court said, adding that the city doesn’t have a compelling reason to deny the Catholic agency an exception.

University of Louisville law professor Samuel Marcosson, who focuses on constitutional law and LGBTQ rights, said the ruling will put governments in “what may sometimes be a difficult decision whether to make their policies absolute.”

Their dilemma will be whether to “sacrifice the flexibility to make exceptions that make sense to achieve important policy goals, or allow those exceptions to become much broader in practice than the government would like since religious groups would be able to take advantage of them,” Marcosson said.

While all nine justices agreed with the decision, Alito and two others wanted to go further. They urged the court to reconsider the 1990 precedent it’s based on: Employment Division v. Smith, which held that Oregon’s drug prohibitions applied to everybody, even those using them for religious ceremonies.

Alito was not alone in predicting that if Philadelphia removes its no-exceptions stance, that won’t resolve things. The case, or a similar one, could come before the court again soon.

“It’s not going to work if Philadelphia tries to come within the ruling by taking away all their discretion granting exemptions,” said Bruce Ledewitz, a law professor at Duquesne University in Pittsburgh and specialist in constitutional law.

He said that under Chief Justice John Roberts, the court’s direction is so predictable that if it takes such a case, the religious party will win. If a religious party would likely lose, the court wouldn’t take the case in the first place, he said.

“What you have is a historical moment in the court’s history,” he said. “The majority feels for whatever reason that religious liberty is threatened, and they’re going to uphold religious liberty.”

Indeed, a recent study tracking cases before the Supreme Court found that it has overwhelmingly sided with religious petitions, and that whereas past cases often focused on the rights of religious minorities, recent decisions have favored mainstream Christian groups.

Thursday’s decision shows the “court’s extraordinary support for religion,” said Lee Epstein, a law professor at Washington University in St. Louis and co-author of the study.

Mary Catherine Roper, deputy legal director at the American Civil Liberties Union of Pennsylvania, which represented two organizations that intervened in the case to seek equitable treatment for LGBTQ families in Philadelphia’s foster system, said the ruling has a silver lining: The majority opinion does not question Philadelphia’s right to ban discrimination in its foster care system.

“We’re disappointed for the families and children of Philadelphia,” Roper said, but glad that the court didn’t allow Catholic Social Services “to remake the foster care system under their own beliefs.”

Roman Catholic Archbishop Nelson Perez of the Archdiocese of Philadelphia, which is affiliated with Catholic Social Services, applauded the ruling, saying it “makes it abundantly clear that religious ministries cannot be forced to abandon their beliefs as the price for ministering to those in need,” he said.

But not all religious voices were supportive.

“The Catholic hierarchy may think that they have achieved a stunning victory,” said Francis DeBernardo, executive director of New Ways Ministry, which advocates for LGBTQ Catholics. “In fact it is a crushing defeat for the Catholic values of equality, respect and human dignity of all people.”

M. Currey Cook of Lambda Legal, which advocates for LGBTQ rights, said the case would look different if there were evidence of the Catholic agency’s policies’ impact on LGBTQ couples or children.

“When confronted with such facts in a future case,” Cook said, “the court will have to grapple for the first time with the ways such discrimination harms the foster children whose needs and best interests must always be paramount in child welfare cases.”

adoptionLGBTQreligionSupreme Court of the United States