Within the first 12 hours of the launch, more than 62,000 Pennsylvanians had filed claims and the Department of Labor & Industry deemed the new system a success. 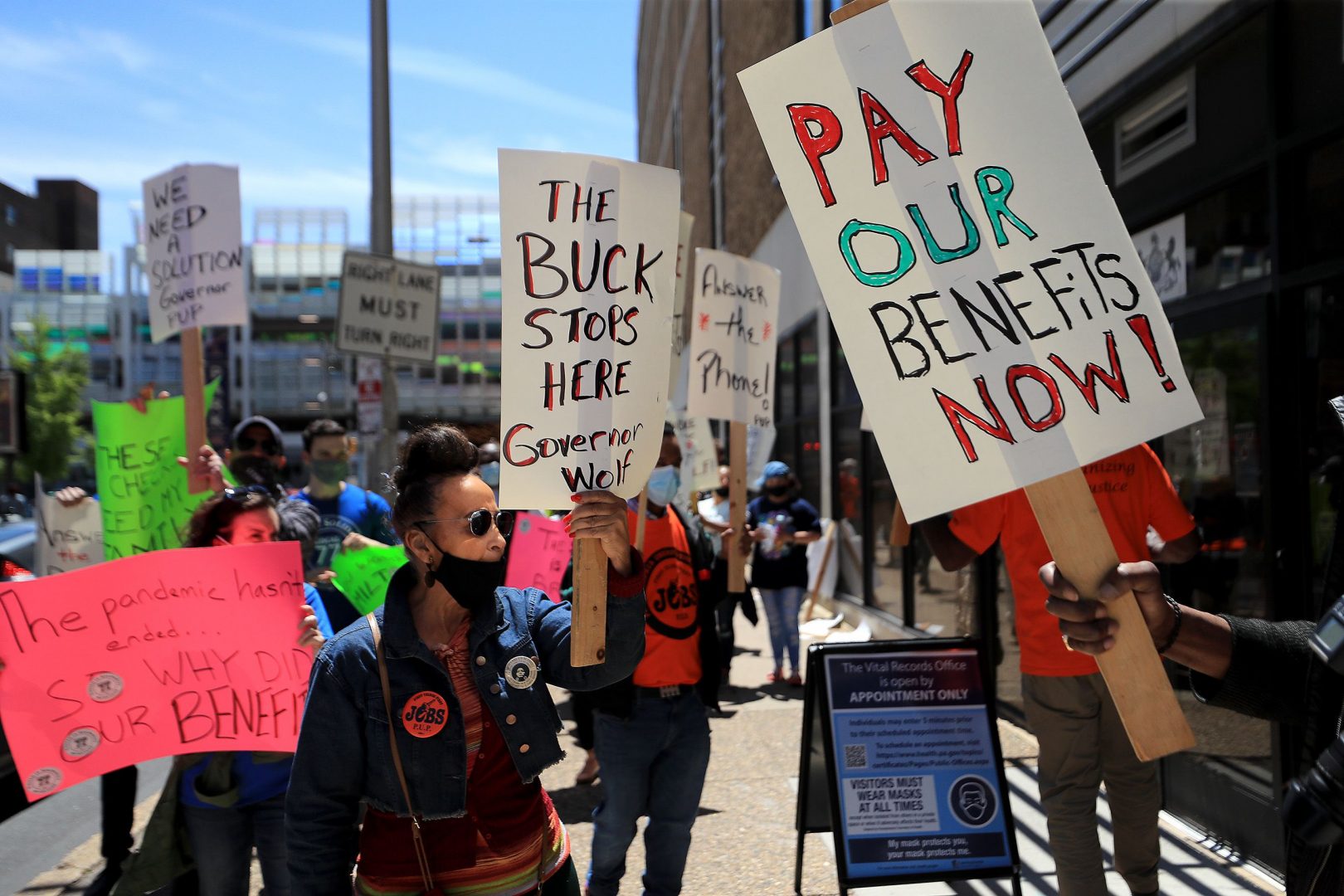 Within the first 12 hours of the launch, more than 62,000 Pennsylvanians had filed claims and the Department of Labor & Industry deemed the new system a success.

(Harrisburg) — Pennsylvania’s Department of Labor and Industry said Wednesday more people are filing for unemployment payments using the new system it rolled out last week. But a Pittsburgh-based group that has helped hundreds of those out of work during the pandemic said others are still having trouble.

Spotlight PA reported the official launch of a new state unemployment benefits portal last Tuesday was riddled with technical hiccups. At the time, people were being denied their payments when they were previously eligible, and were even being wrongly identified as incarcerated.

Labor and Industry Secretary Jennifer Berrier said the situation has markedly improved since then.

In the last eight days, she estimates more than 400,000 people have successfully used the new system, to either file a new claim for state unemployment payments or to file a weekly report for payments they were already getting. That’s about 100,000 more than had done so as of last Friday.

“Those numbers are tracking with the amount of weekly claims and new claims we were seeing filed on the old system, so we believe that the majority of individuals are successfully able to log in and file using the new system,” Berrier said during a press briefing Wednesday.

But Barney Oursler, who directs the volunteer Mon-Valley Unemployed Committee, says people like him who were getting paid before are still being denied because of system glitches.

“I went on and looked at my history on the new system, and it looks like I was disqualified for three prior weeks that I had reported for under the old system,” he said. “It hadn’t changed when I looked today.”

Oursler said others have reported the state-run phone system won’t let them provide their income as they’re required, so until someone at the Labor and Industry Department can personally follow up with them, their check may end up being withheld.

“There are just so many different ways that these glitches add up to a system failure that they’re refusing to address. That’s the feeling we’re getting,” he said.

The agency has a webpage outlining glitches like that and listing whether the error has been fixed internally. Fixes for several of those problems, including the one Oursler himself said he’s experiencing, are “in progress,” according to that page.

“I’m an old guy,” Oursler said. “I’m not desperate in the same way people who have got kids and families who are trying to make ends meet. Their desperation is being redoubled.”

The biggest contention Oursler has is with the claims data itself. He said the Labor and Industry Department is not being transparent about the number of people who were getting paid under the old system, but who have yet to successfully file a weekly claim using the new one.

The agency on Thursday provided a chart with data from the last week of May, just before the system changeover, that showed the number of people with unique Social Security numbers that were regularly filing for state unemployment and pandemic emergency unemployment totaled nearly 360,000. Both of those programs are now managed under the new system.

Berrier said most problems her staff are hearing about are user errors, and said those who are having trouble should use the online self-help materials the agency has compiled.

Oursler, meanwhile, said Gov. Tom Wolf should order the agency to pay anyone who was receiving state unemployment checks before the changeover and who isn’t now because of system problems.

“The assumption ought to be that they’re still unemployed and the failure of the system to allow them to keep reporting is the reason their payments are being cut off,” he said.