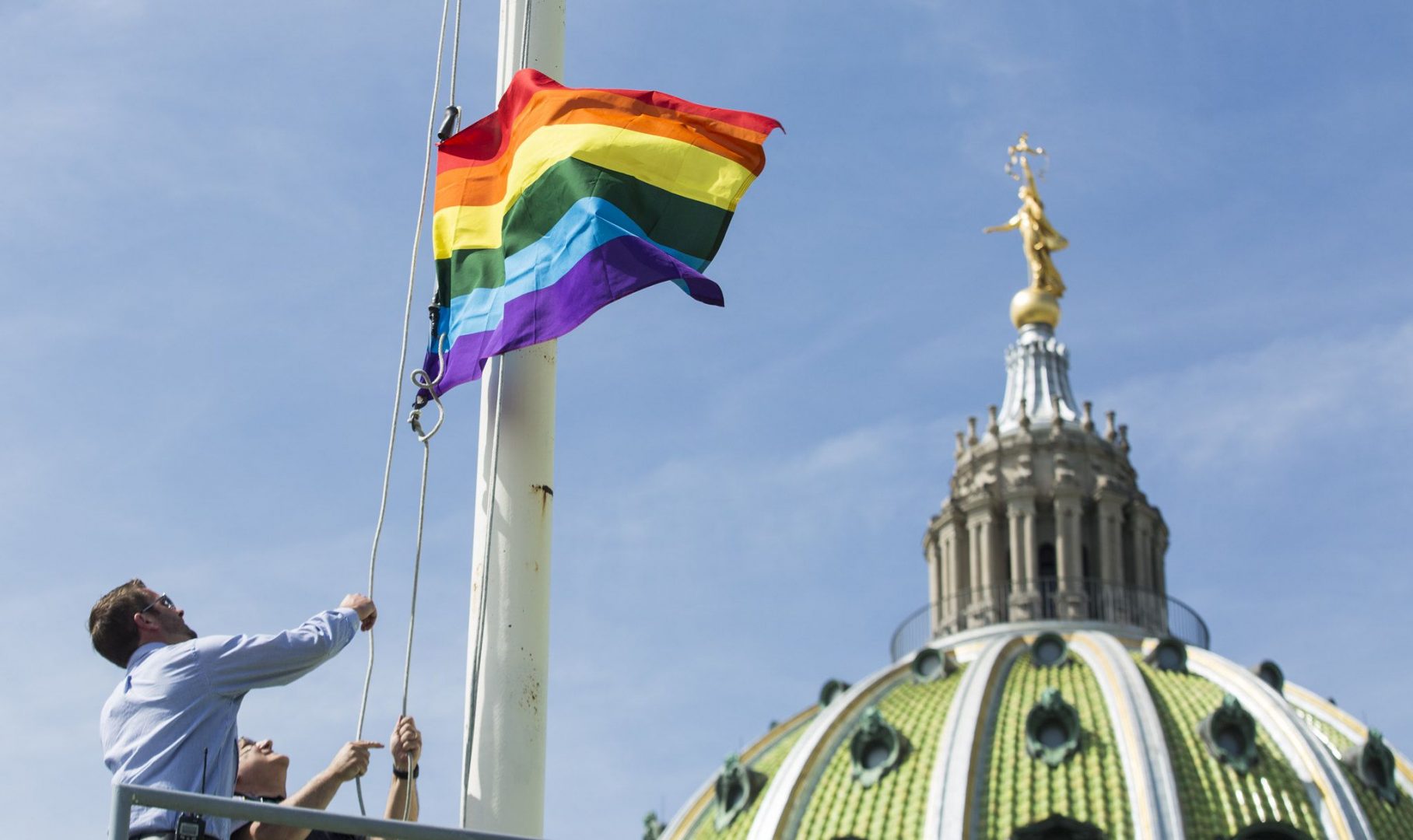 (Harrisburg) — Democratic lawmakers have reintroduced a bill that would prohibit discrimination based on sexual orientation and gender identity in Pennsylvania.

Gov. Tom Wolf joined the legislators to express his support. He said current protections are “a patchwork system” on the municipal and county levels that does not provide comprehensive protections for LGBTQ Pennsylvanians.

“I got to say, as a native Pennsylvanian, it remains an embarrassment for Pennsylvania that we stand out among our neighboring states for failing to provide basic civil rights protections for Pennsylvanians,” Wolf said Tuesday at a news conference about the bill.

The legislation, known as HB 300, would expand the 1955 Human Relations Act to include gender and sex categories as protected. It aims to prevent discrimination in the workplace, in housing and other public institutions.

Pennsylvania counties and cities, including Allegheny County and Philadelphia, have passed similar ordinances, but there is no statewide law that ensures protections for LGBTQ individuals.

State Rep. Dan Frankel, a Democrat from Pittsburgh, has been trying to get the legislation passed since 2001. 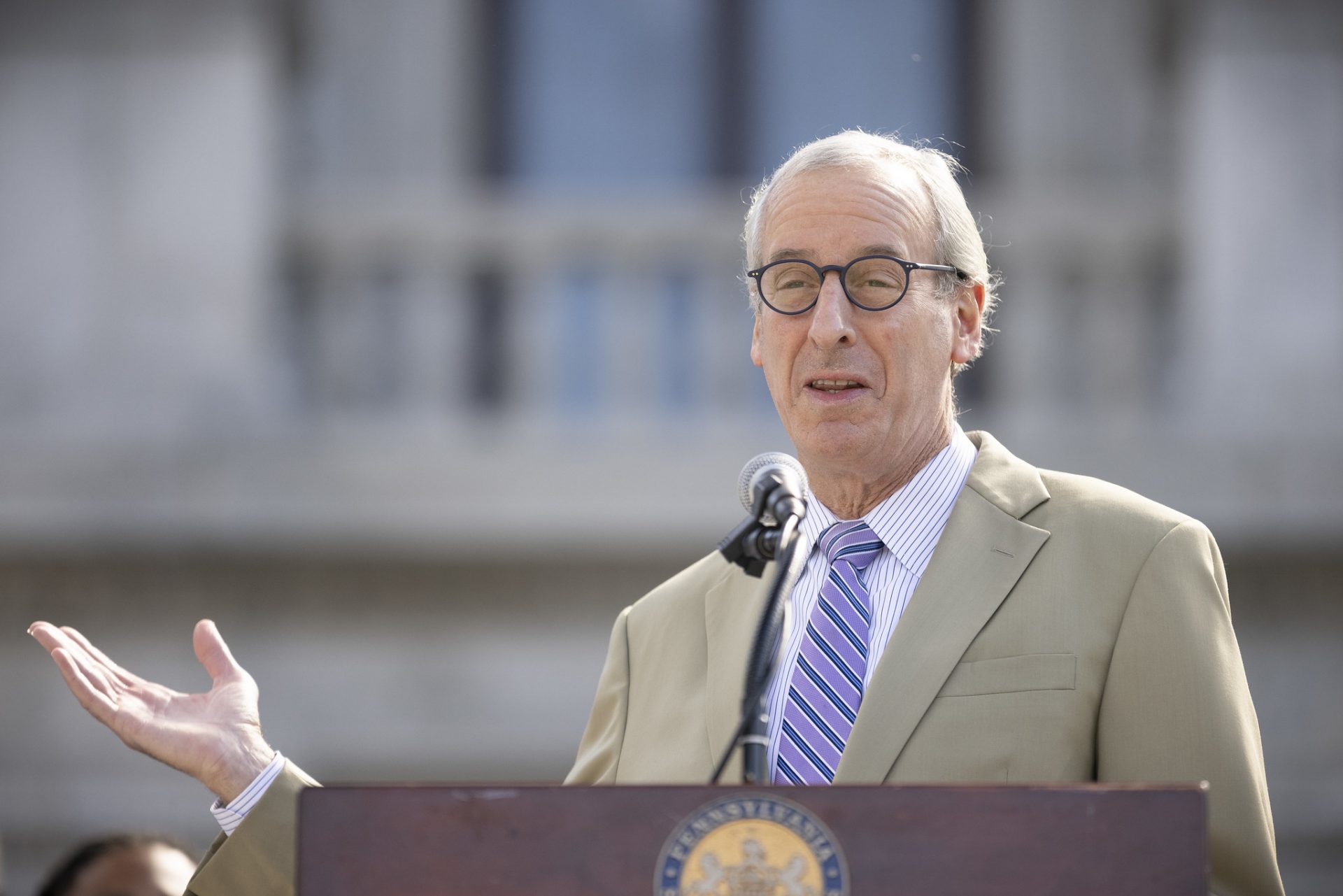 Rep. Dan Frankel speaks at an event in support of the Fairness Act on the Capitol grounds June 15, 2021.

“Allegheny County, where I come from, has done that very thing and our vibrant and diverse community of LGBTQ+ people there can feel protected and know that they have recourse when they experienced discrimination,” said Frankel, the main sponsor of the bill.

In 2016, Wolf passed two executive orders to provide LGBTQ protections in the workplace for state employees and for contractors doing business for the commonwealth. The Fairness Act would ensure those protections are codified into law.

The Democratic legislators decried the Republican legislative majority for obstructing past attempts to pass a Fairness Act bill. In 2020, Frankel wrote to former Rep. Garth Everett, then Republican chair of the House State Government Committee, that the bill “has not received as much as a hearing despite bipartisan support with over 90 cosponsors.”

It is an absolute embarrassment that in 2021 gender identity and sexual orientation are weaponized to deny PA residents economic autonomy and a decent quality of life. We must pass the #PAFairnessAct and ensure dignity for all LGBTQ+ people across this commonwealth. pic.twitter.com/H8XB6FBWwv

Jason Gottesman, House Republican Caucus spokesperson, responded to the criticism in a statement.

“It seems inconsistent and intellectually dishonest that Democrats today, including the governor, advocated for rigorous legislative engagement on this issue when they have been missing in action in doing the same thing for legislation being advanced by the Republican majority,” he said.

Twenty-two states have statewide laws that explicitly ban discrimination based on sexual orientation and gender identity. 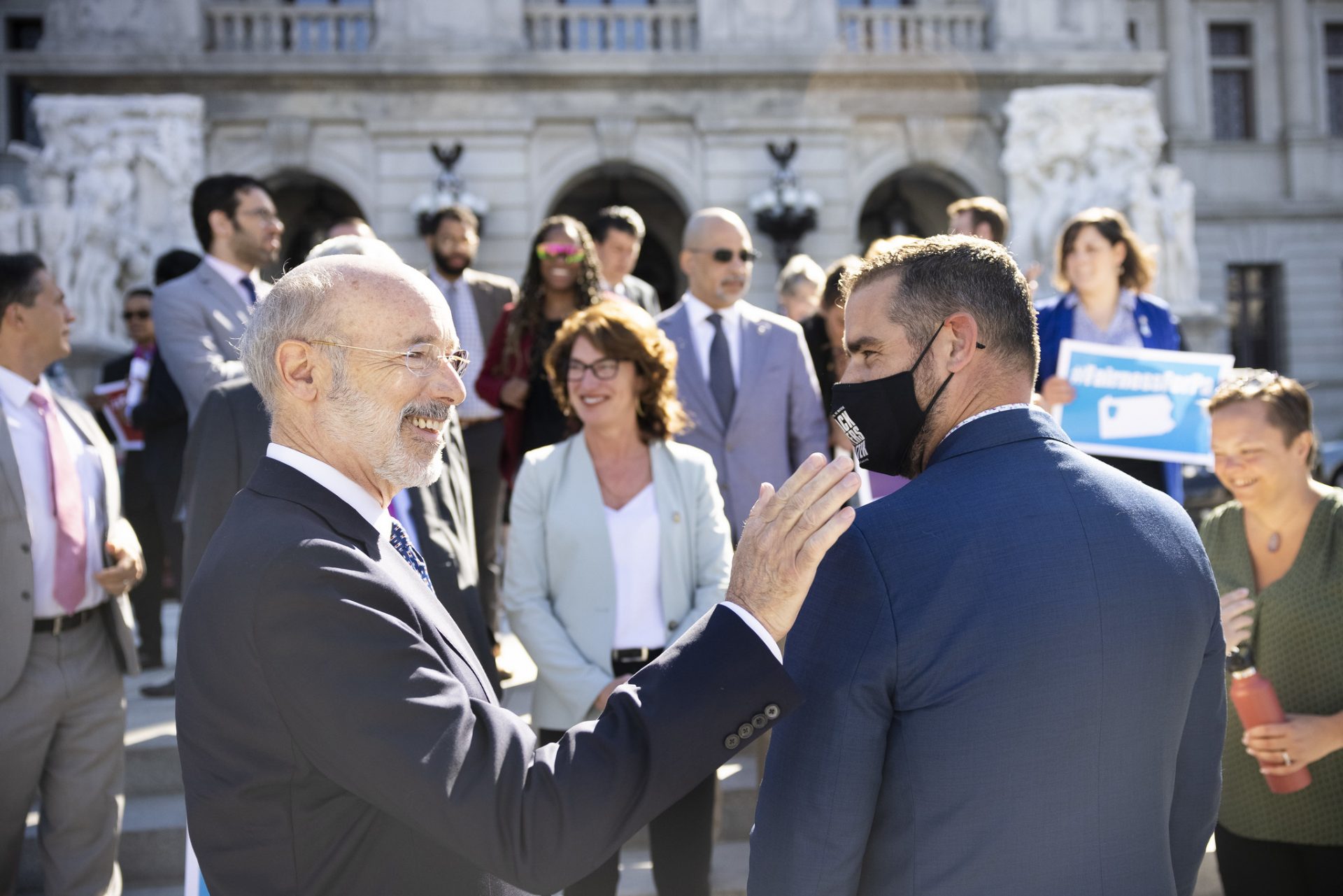 Gov. Tom Wolf speaks with Rep. Brian Sims after an event in support of the Fairness Act on the Capitol grounds June 15, 2021. The act would extend nondiscrimination provisions in state law to protect against discrimination based on sexual orientation and gender expression or identity.

“When it is mentioned that there are only three openly LGBTQ members of this general assembly, that is not a cause for celebration. That is an indictment of what is wrong,” Kenyatta said. “The people who are most impacted are not in the room where the decision is being made.”

David McDougal, a resident of Pittsburgh and LGBTQ advocate active with Western Pennsylvania’s SAGE (Service and Advocacy for Gay Elders) program at Persad Center, said there is a need for more comprehensive LGBTQ anti-discrimination protections.

Jeff Miller from Pittsburgh, an LGBTQ advocate who was among the attendees at Tuesday’s news conference, said that the Fairness Act could also help protect older demographics of LGBTQ people.

“A lot of people don’t understand how much discrimination older people face, particularly, for instance, in care facilities where they’re mistreated or undertreated because of who they are,” Miller said. “That’s our particular emphasis right now that this would ensure that that kind of medical discrimination against the our elder community would stop.”