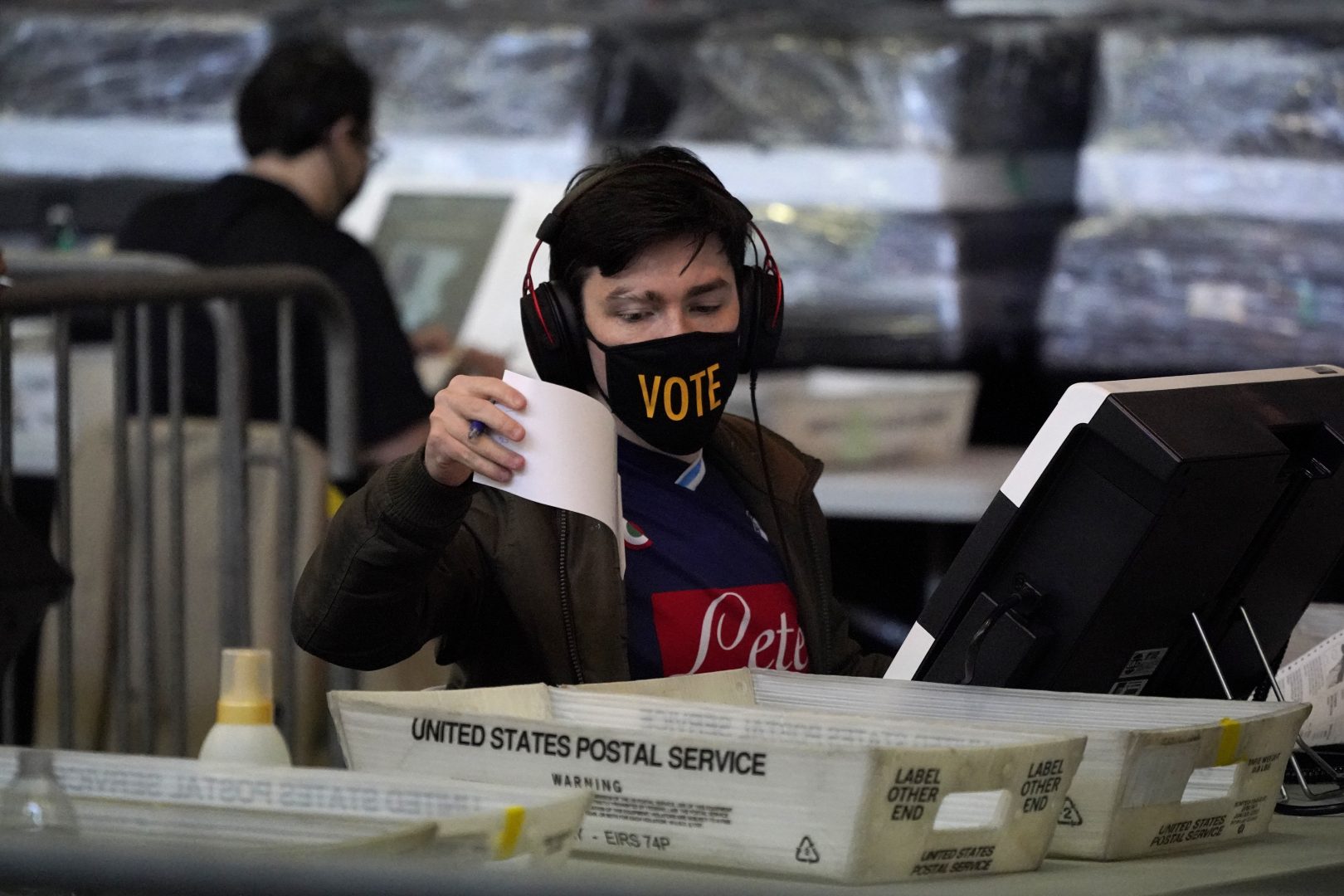 (Harrisburg) — The Republican House sponsor of a measure that would make broad changes to the state’s election laws is trying to pressure Gov. Tom Wolf to approve it by month’s end.

Rep. Seth Grove (R-York) introduced the highly-anticipated bill late last week after months of speculation. He and other Republicans have described it as “comprehensive,” and the product of witness and expert testimony during a series of committee meetings earlier this year.

Grove said the bill includes “all aspects of issues brought before the committee.”

Those hearings were spurred on in part by false allegations of widespread voter fraud in the 2020 election by former President Donald Trump, his campaign and his allies. Election experts, officials of both parties and rulings by state and federal judges have all concluded the election was free and fair.

County election directors, though, have said the state’s election code can and should be updated to make their jobs easier. At the top of that wishlist has been extra time to both prepare and process mail-in ballots, and an earlier application deadline for those voters.

Grove’s bill would give them both, as well as more money to pay poll worker salaries and new state-funded electronic voter record books. But it would also usher in changes that voter advocacy groups like the Committee of Seventy say wouldn’t address actual problems. Mail-in voters would have to produce two forms of identification instead of one in order to apply for their ballot, and ballot drop boxes would be limited to one for every 100,000 county residents.

Gov. Wolf’s office calls the proposal “extremist” and said the Democrat is vowing to veto any version of it that contains those ideas.

“The governor has been clear, both privately and publicly, that he is always willing to have a conversation on election reform, but a proposal aimed at disenfranchising voters — by implementing unconstitutional voter ID, and restricting existing voting options — is a complete nonstarter,” spokeswoman Lyndsay Kensinger said in an email.

Grove said he is willing to compromise with Democrats on the bill, though he has not said which specific aspects he and Republicans are willing to budge on.

“I think we’re doing a great job at hitting both sides to make sure that we have the best election process.” Grove said.

Grove is among the state lawmakers who cast doubt on the 2020 election by repeating false allegations about Dominion Voting Systems, whose machines were used in 14 counties across the state. The company flatly rejected the claims months ago, and is suing outlets like Fox News and people like Trump lawyer Sydney Powell for billions of dollars in damages for their role in amplifying the accusations. Trump won 12 of the counties where Dominion machines were used.

Though Democrats like Rep. Margo Davidson (Montgomery) said they would like to wait until September to make any substantial voting law changes, Grove said there is “not much appetite” in his caucus to do that. Other time-pegged issues like the state budget and legislative redistricting could also get in the way of voting on changes after this month.

“We may have to move off election issues if this doesn’t get signed now. The fall is too close to the fall election for counties to get these changes in. I’m not sure anybody is interested in having changes in the 2022 election cycle,” Grove said.

Just hours after Grove’s news conference on the proposal, a special state Senate committee released its own suggestions for election law changes. While similar to the House’s ideas, the Senate group found that counties should have a shorter window to process mail-in ballots before Election Day, and that voters should have slightly more time to register and apply for those ballots.

“The House version..as I understand it, rewrote the election code,” Corman said. “I’m not sure we’re going to be that voluminous, but I’m sure there will be a lot of similar issues [addressed].”

In either case, Grove and others are pinning the fate of election law changes this year to Wolf’s ability to negotiate.

“If he’s not willing to do it, [then] it is on him that counties will not have these wonderful changes that we put in this bill to help them and also voters,” Grove said.

Pa. Republican lawmakers and the U.S. Capitol attack
As part of WITF’s commitment to standing with facts, and because the Jan. 6 attack on the U.S. Capitol was an attempt to overthrow representative democracy in America, we are marking elected officials’ connections to the insurrection. Read more about this commitment.
Rep. Grove (R-York) and Sen. Corman (R-Centre) are among the several dozen state lawmakers who signed letters asking Congress to object to or delay certifying Pennsylvania’s 2020 election result, despite no evidence that would call that result into question.
This supported the election-fraud lie, which led to the attack on the Capitol.

Pennsylvania Republicans eye referendums to get past vetoes