Exodus of election officials in Pa. and other states raises concerns of partisanship

“These conspiracy theorists are in it for the long haul. They’re in it to completely crumble our republic, and they’re looking at these election administrator positions."

(Lindenhurst, N.Y.) — There is no shortage of job openings for local election officials in Michigan. It’s the same in Pennsylvania. Wisconsin, too.

After facing threats and intimidation during the 2020 presidential election and its aftermath, and now the potential of new punishments in certain states, county officials who run elections are quitting or retiring early. The once quiet job of election administration has become a political minefield thanks to the baseless claims of widespread fraud that continue to be pushed by many in the Republican Party.

The exits raise a pressing question: Who will take these jobs? Barb Byrum, clerk of Ingham County, Michigan, has an idea.

“These conspiracy theorists are in it for the long haul. They’re in it to completely crumble our republic, and they’re looking at these election administrator positions,” said Byrum, a Democrat. “They’re playing the long game.”

It’s difficult to quantify exactly how many election officials across the country have left their posts and why, since the departures are not generally tallied. Retirements also are common after presidential elections. 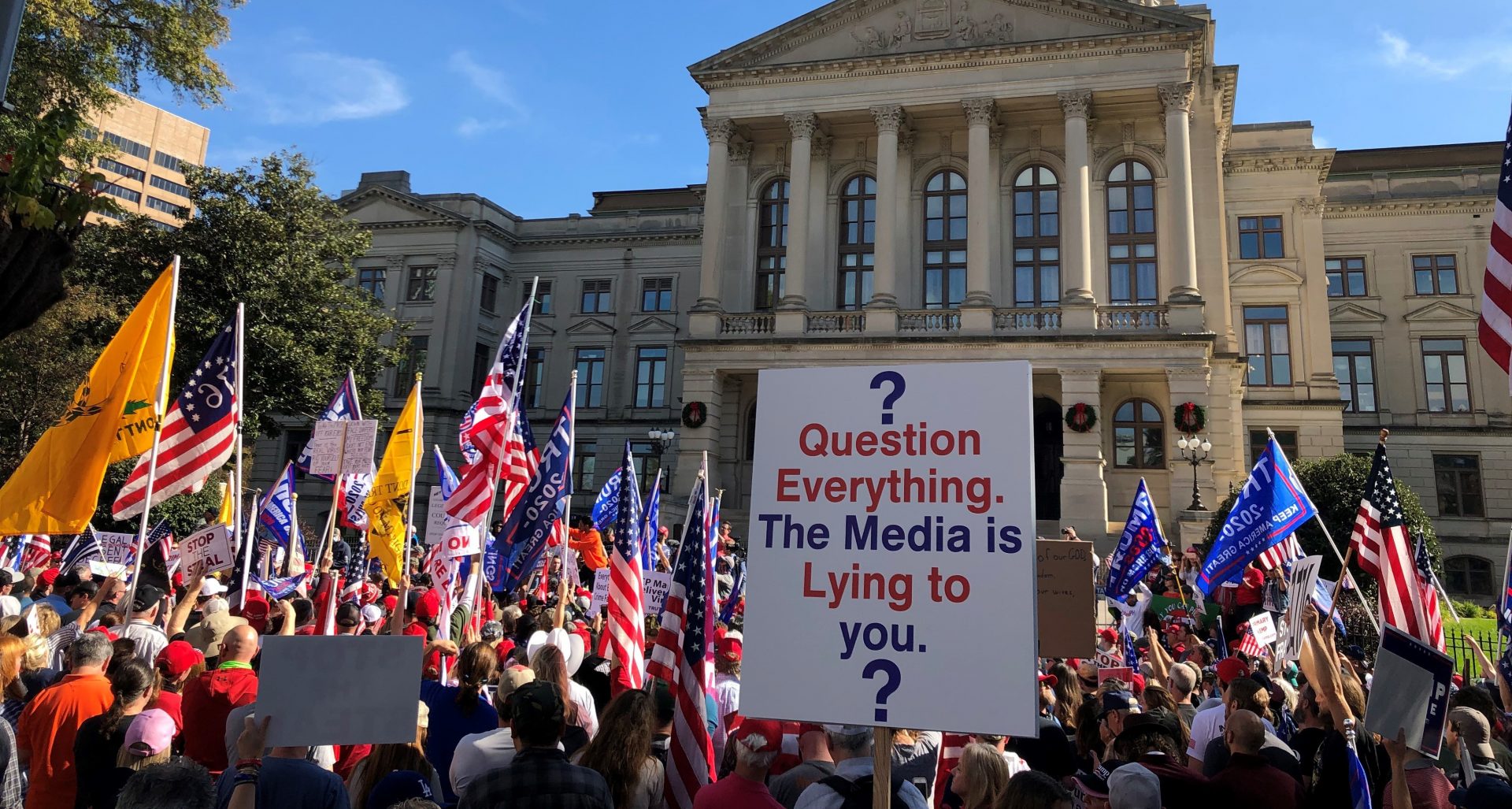 A rally organized by pro-Trump supporters to challenge Georgia’s election results, outside of the state capitol in Atlanta on Nov. 21, 2020.

But in places that do track such information, along with anecdotal accounts from county officials, it is clear that many have recently left because of the newfound partisan rancor around the jobs and the threats many local election workers faced leading up to the November election and afterward as former President Donald Trump and his allies challenged the results.

About a third of Pennsylvania’s county election officials have left in the last year and a half, according to a spokesman for the state’s county commissioners association, who cited heavy workloads and rampant misinformation related to voting among the reasons.

“It was particularly challenging last year with all the misinformation and angst out there,” said Lisa Schaefer, executive director of the ​County Commissioners Association of Pennsylvania. “And none of it was caused by county election officials.”

The executive director of a clerks association in Wisconsin said more than two-dozen clerks have retired since the presidential election and another 30 clerks or their deputies quit by the end of 2020. Thirteen have left since the beginning of this year. In Michigan, Byrum said she didn’t know a precise number of newly vacant positions but was able to rattle off several seasoned election officials who have recently left.

The local election jobs are being vacated as Trump’s false claims of fraud persist within the GOP and provide a platform for his loyalists to launch campaigns to become top election officials in several swing states.

In Georgia, U.S. Rep. Jody Hice, a Trump recruit who voted to overturn the presidential results in the House of Representatives, is challenging Secretary of State Brad Raffensperger, a Republican who has been attacked by his own party for upholding President Joe Biden’s victory.

Arizona state Rep. Mark Finchem, who was at the Jan. 6 rally outside the Capitol and is a chief supporter of a partisan review of ballots in Maricopa County, is running for secretary of state. Former Nevada lawmaker Jim Marchant, who has clung to the conspiracy theory that the election was stolen from Trump, is campaigning to replace Republican Secretary of State Barbara Cegavske, who has repeatedly denied claims of election fraud. Cegavske can’t run again because of term limits. 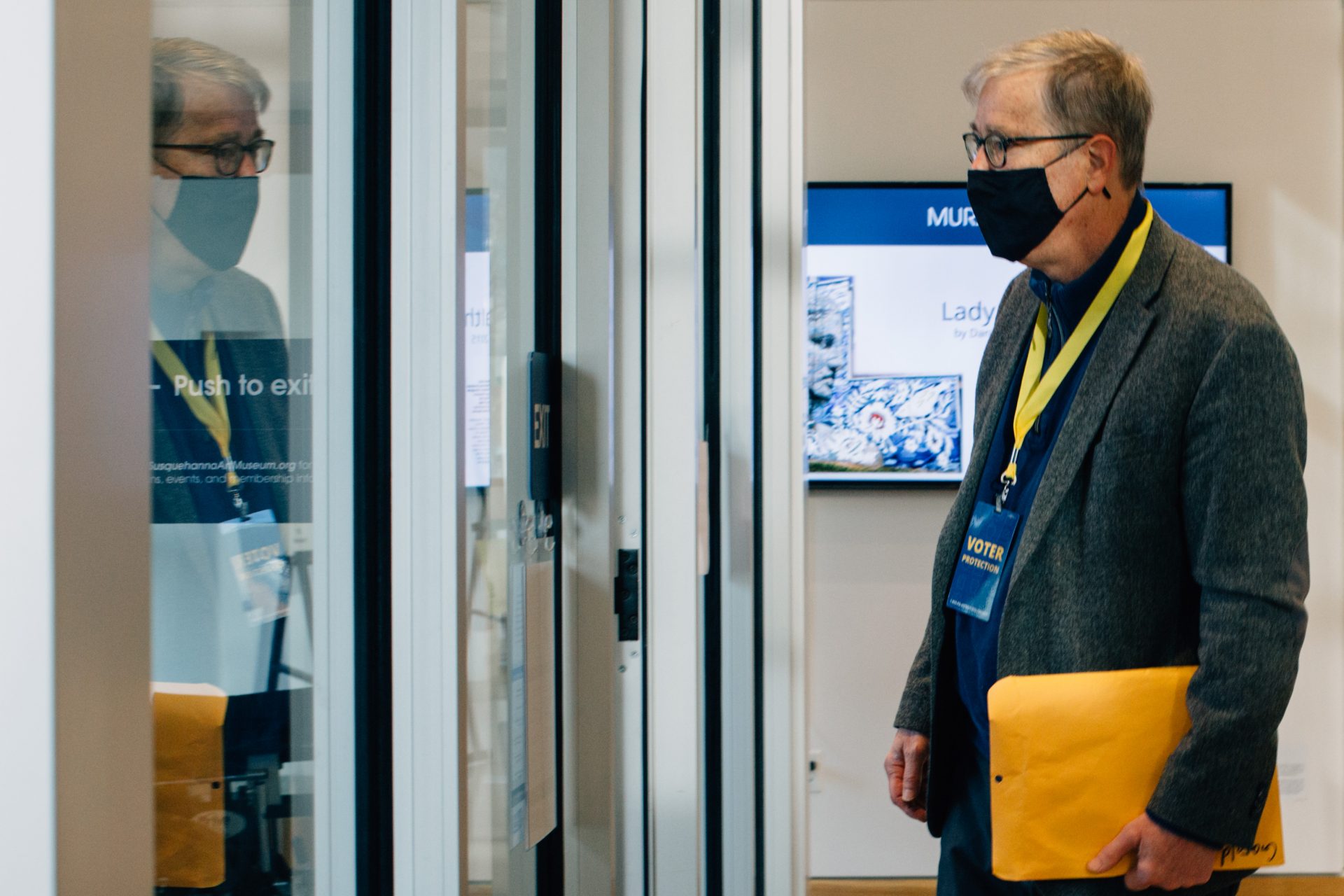 A poll watcher waits for voters to arrive at Harrisburg’s 6th Ward on November 3, 2020.

Sylvia Albert, voting and elections director for Common Cause, which advocates for expanded voter access, said that while the statewide positions come with more power, local officials generally have much discretion over how to solve common Election Day issues such as long lines, voter roll problems or trouble with voting machines.

“If you have an elections official who doesn’t want to expand access to the ballot, who finds democracy disturbing to them, they’re not going to fix problems and then they’re going to multiply,” she said.

Races for county offices receive far less attention than those for statewide positions, and many of those roles aren’t up for election for another year or more. Still, partisanship has already seeped into the process.

Republicans in Michigan chose not to re-nominate a GOP member of the state election board after he voted to certify Biden’s win in the state. In Scott County, Iowa, a GOP board chose not to hold a special election after the abrupt resignation of the longtime top elections official, a Democrat, and instead appointed a Republican.

The exodus comes as Republicans in a number of states pursue legislation that imposes new fines or criminal penalties on local election officials or makes it easier to remove them, as part of the GOP campaign to rewrite rules for voting and administering elections.

A new law in Iowa imposes a $10,000 fine on election administrators for a technical infraction of election rules. A similar law in Florida could lead to $25,000 fines for election supervisors if a ballot drop box is accessible outside early voting hours or is left unsupervised.

Wendy Helgeson, president of the Wisconsin Municipal Clerks Association and clerk of the village of Greenville, said the new penalties, coupled with the charged atmosphere around election work, could make the job unpalatable to some.

“It’s hard to convince someone it’s a good way to give back to the community when you’re afraid of going to clerk jail,” she said. “It’s harder and harder to get people to work in government as a whole.”