Republicans who advanced the resolution said terminating the emergency order was what Pennsylvanians demanded when they approved two constitutional amendments last month in what was widely seen as a referendum on the administration’s pandemic response.

Democrats countered with concerns about the legality of passing the measure before the election results are certified by the Department of State, the possibility it could risk federal funding, and what the potential harms may be especially to low-income households receiving additional food benefits. 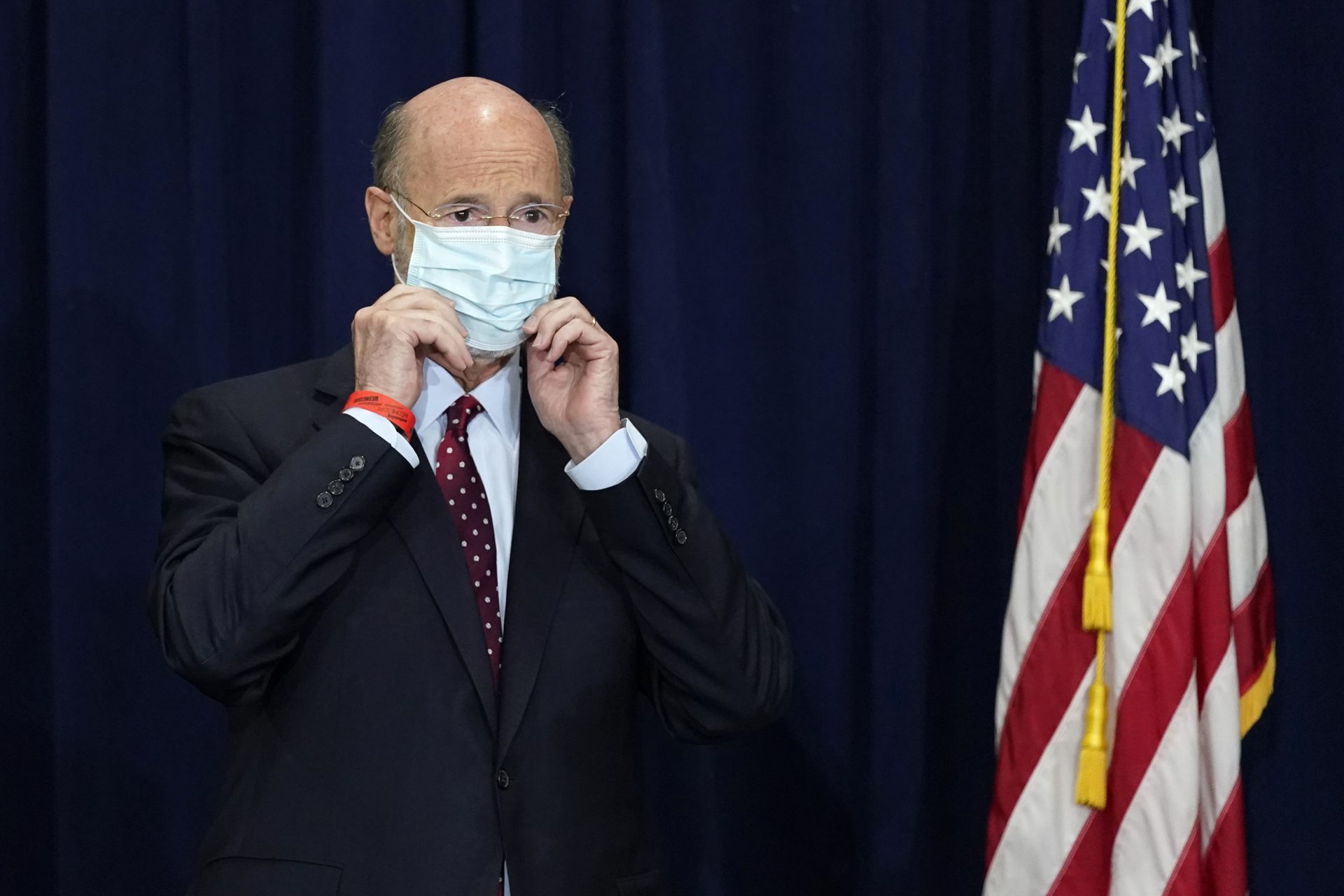 In a statement, his spokesperson, Lyndsay Kensinger, said Wolf “is disappointed that the Republican-controlled General Assembly has not taken action to extend the disaster declaration.”

“Over the last few weeks the administration has worked hard to educate and inform the General Assembly of the risks associated with ending the COVID disaster declaration prematurely,” she said. “To avoid serious consequences, the administration will do everything it can to work with the federal government to try to maintain federal funding in the absence of a declaration.”

House Republicans originally sought to continue parts of the declaration through October, while blocking the Wolf administration from putting in place business closures or other mitigation orders. They abruptly changed course Tuesday and passed a resolution to end the entire emergency order in a party-line vote.

The Senate followed suit Thursday, with one Democrat joining Republicans and the chamber’s sole independent.

At the same time, lawmakers voted to amend an unrelated bill to allow regulatory waivers still in place under the disaster order — including an emergency authorization of telemedicine and another that allows retired health-care workers to temporarily return to the field — to remain until Sept. 30.

Wolf’s spokesperson said the governor will sign the bill.

“What happened to tyranny, guys?” Rep. Matt Bradford (D., Montgomery) asked his Republican colleagues sarcastically. He called the vote to end the emergency order “political theater,” as all mitigation orders, save for a universal masking requirement, are no longer in place.

But House Speaker Bryan Cutler (R., Lancaster) said the label was “not truthful.”

“I think it sends the wrong message to our constituents. The reality is, we did work together,” he said, noting that the legislature passed 64% of bills unanimously last session (though, as Spotlight PA reported, few addressed the coronavirus). “We didn’t always agree, but we still found solutions. That is what we are here for.”

Just under 52% of voters during the May election backed curtailing the governor’s emergency powers. Unofficial election results show 2.2 million people voted on the questions, representing roughly a quarter of registered voters.

The constitutional amendments allow a simple majority of lawmakers to terminate a disaster declaration at any time without the governor’s consent, limit the length to 21 days, and transfer power to extend an emergency order from the executive to the legislature.

Wolf signed the COVID-19 disaster declaration in March 2020 after Pennsylvania announced its first presumptive positive cases of the then-novel coronavirus. Wolf has renewed the measure every 90 days since then, granting him the power to waive certain regulations and mobilize the National Guard.

The order became a Republican target as lawmakers — unhappy with business closures the administration put in place to slow the spread of the virus — unsuccessfully attempted to force Wolf to reopen the economy on a faster timeline.

Wolf repeatedly said the power to close businesses or limit their operations resides with the secretary of the Department of Health. But preventing future closures became a rallying cry as the GOP urged voters to approve the constitutional amendments.

In the lead-up to the May primary, the Wolf administration had warned ending the disaster declaration could have serious impacts on federal funding. The Department of Human Services said that, without the declaration, it cannot request additional food assistance benefits that have so far benefitted roughly 600,000 households.

Senate Majority Leader Kim Ward (R., Westmoreland) pointed to Michigan, where the state Supreme Court struck down the governor’s emergency orders in October. That state is still receiving the emergency allotments as it has separate public health orders in place, according to Ward’s office.

“We certainly have a lot of passion in this chamber on which direction we should have been going,” Ward said Thursday, “but for all practical purposes, the state of emergency in our commonwealth is over.”

Activists target top Republican in Pa. Senate as they push for gift ban