In this Nov. 3, 2020, file photo, people line up outside a polling place in Springfield, Pa. to vote in the 2020 general election. A Republican proposal made public on Thursday, June 10, 2021, would revamp Pennsylvania election law to affect deadlines, early voting and mail-in ballots and require ID for all in-person voters.

The ambitious 149-page bill would change deadlines, early voting and mail-in ballot procedures and mandate IDs for all in-person voters

The measure produced by State Government Committee Chairman Seth Grove is likely to encounter severe pushback from Democrats in a state where both parties are competitive in statewide races.

Although Pennsylvania’s closely watched 2020 election was carried out smoothly, many Republicans have called for election-law changes in the wake of former President Donald Trump’s baseless claims of widespread voting fraud.

Pa. Republican lawmakers and the U.S. Capitol attack
As part of WITF’s commitment to standing with facts, and because the Jan. 6 attack on the U.S. Capitol was an attempt to overthrow representative democracy in America, we are marking elected officials’ connections to the insurrection. Read more about this commitment.
Rep. Grove is among the several dozen state lawmakers who signed a letter asking Congress to overturn Pennsylvania’s 2020 election result, despite no evidence that would call that result into question.
This supported the election-fraud lie, which led to the attack on the Capitol.

“This is not a view of the Republicans or the Democrats,” said Grove, R-York, whose committee conducted hearings on the topic this spring. “This is a view of what we heard through 10 extensive hearings from all sides.”

The bill was introduced by Grove and House Republican leaders with just three weeks left before lawmakers are due to wrap up business and head home for the summer.

The detailed, complicated legislation will need approval by majorities of both Republican-majority chambers as well as Democratic Gov. Tom Wolf’s signature to become law.

“This proposal is not about protecting voter rights or increasing access,” Kensinger said. “It is an extremist proposal to try and undermine confidence in our election system, which led to the assault on the U.S. Capitol. They don’t like the outcome of the November election and now they are retaliating against the voters by pushing a proposal disguised as ‘election integrity.’”

The state’s counties, which run the nuts and bolts of elections, have urged lawmakers to pass just two specific changes to mail-in ballot applications and counting procedures by the end of June. They have said those changes to allow the counting of mail-in ballots before election day and to push back the deadline for applying for an absentee ballot will fix most of their election administration headaches in time for the Nov. 2 general election. 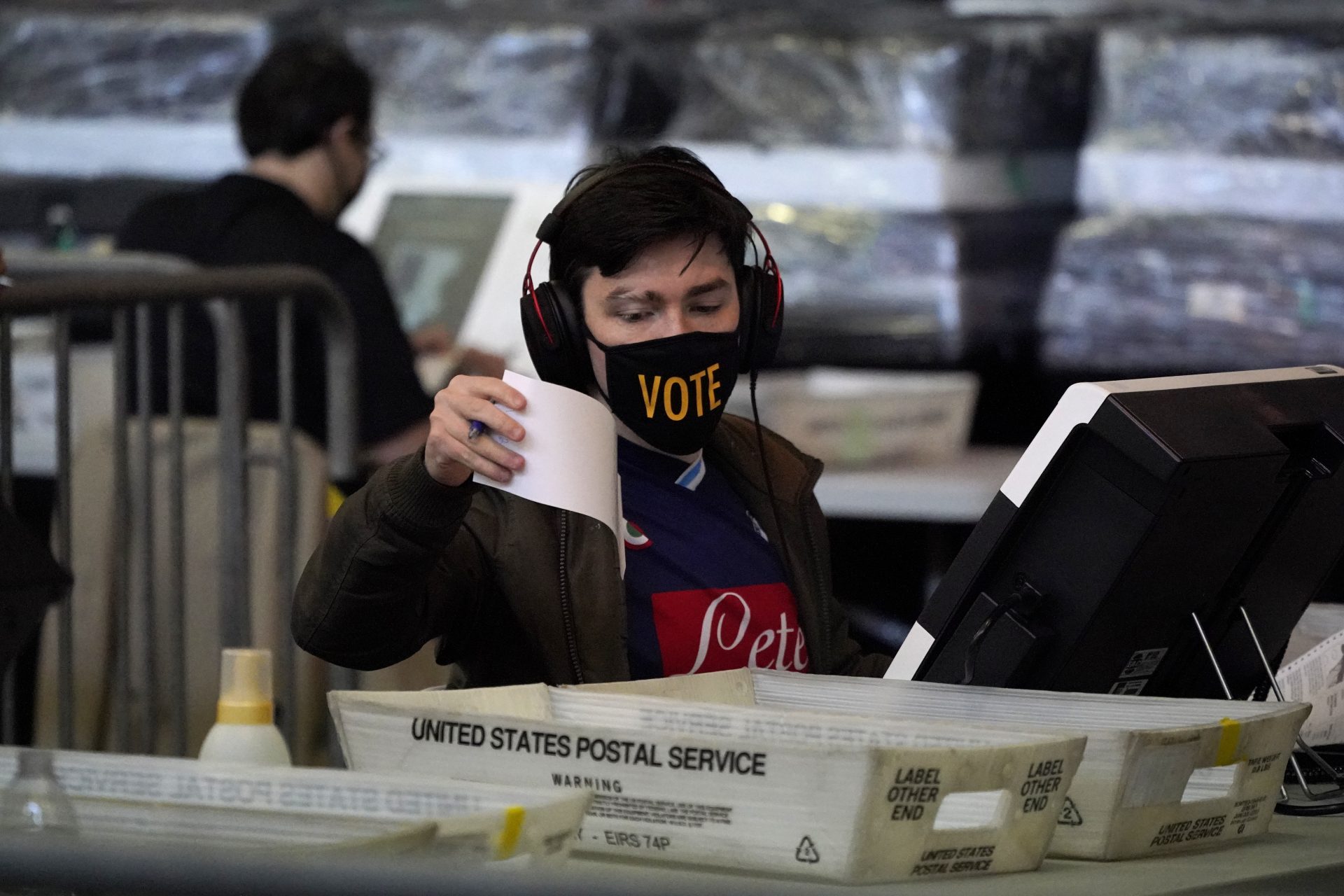 Grove’s bill was not negotiated with legislative Democrats or Wolf, leaving it to GOP leaders to hammer out an agreement in the coming weeks amid a busy period of final state budget negotiations.

“We plan on reviewing this 150-page rewrite of our election laws carefully since it was done with no Democratic input and it appears to make voting more complicated, not easier,” said House Democratic Leader Joanna McClinton. “Improving ballot access for all voters in a bipartisan way like we did in 2019 should be the standard for any election changes.”

The deadline to register to vote would change from 15 days to 30 days prior to an election, as had been the case before a 2019 law change. Mail-in ballots would have to be requested 15 days before election day.

Drop boxes for mail-in ballots would only be allowed for seven days before an election, and available for use during the hours of 7 a.m.-8 p.m. Counties must have at least one drop-box site and can add one for each 100,000 people who live in the county. They must be monitored by election inspectors from each major political party.

Early voting in person would be permitted starting in 2025.

The proposal includes rules for fixing problems on mail-in ballots envelopes, such as lack of signatures or dates. It would put in place new rules for how lists of registered voters are maintained.

Grove’s bill would also require audits of voting results and establish a Bureau of Election Audits in the state auditor general’s office with subpoena power to complete multiple audits, including “result-confirming audits” that will be due on the third Friday after every vote.

Counties would have to issue “scannable and durable” voter registration cards that those voting in-person would be required to show.

It would ban counties from accepting private donations aimed to help them run elections, as occurred last year. Any such donations would have to be distributed by the Department of State and be available to all counties.

The bill would end the current practice of letting people sign up to permanently receive mail-in ballots. Instead, voters would have to request one for each election.

It also boosts the fines for a variety of election law violations and raises the pay for judges of the election from the the current range of $75-$200 to $175-$300.

Grove’s committee is scheduled to take up the bill on Tuesday.