FILE PHOTO: Students walk through the campus of Clarion University in Clarion, Pa, on Wednesday, Oct. 21, 2020.

California, Clarion and Edinboro would form a “West” group and Bloomsburg, Mansfield and Lock Haven universities would form a “North East” group. 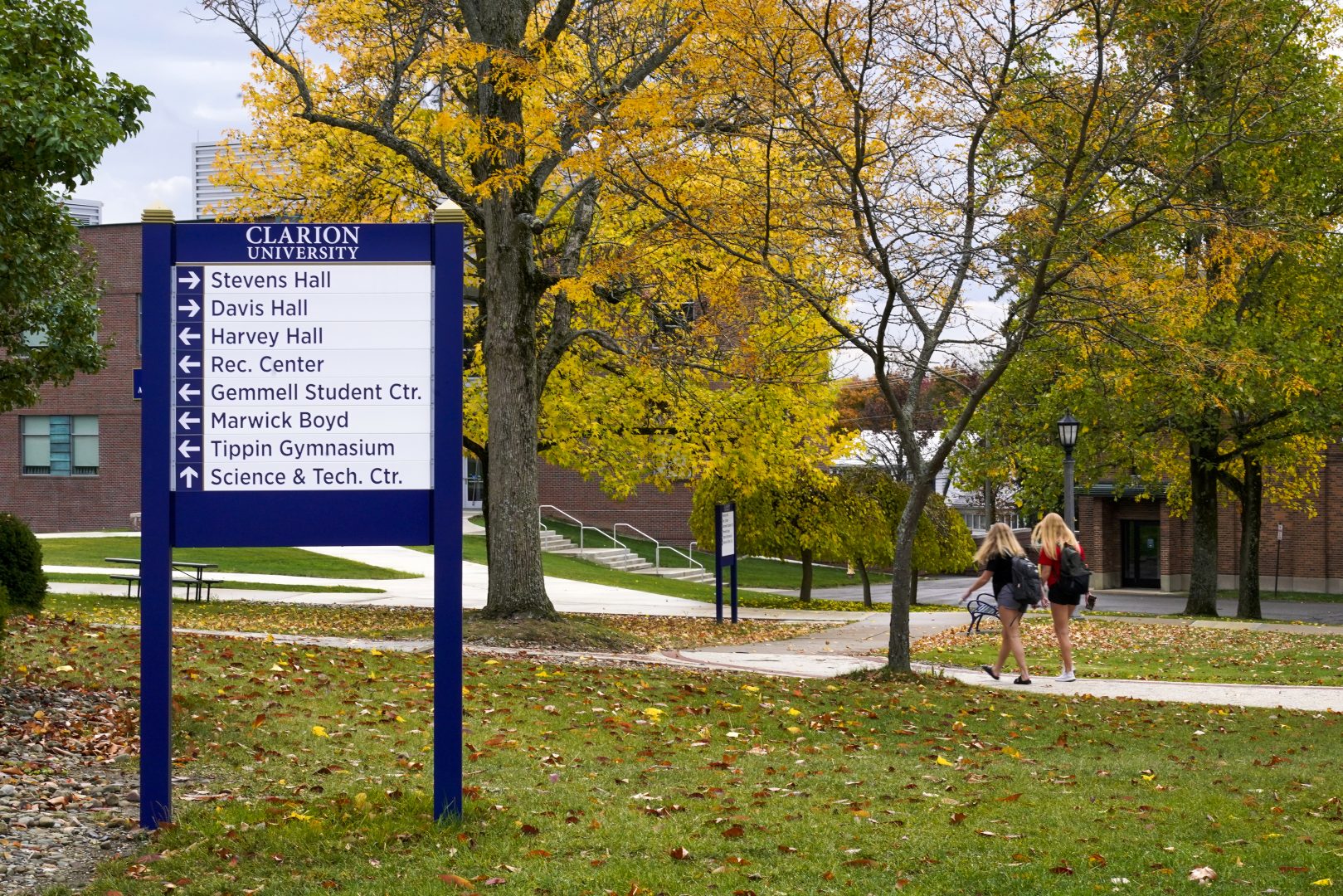 FILE PHOTO: Students walk through the campus of Clarion University in Clarion, Pa, on Wednesday, Oct. 21, 2020.

(Pittsburgh) — Members of the public have their chance to weigh in on plans to consolidate six of Pennsylvania’s 14 state-owned universities this week. The Pennsylvania State System of Higher Education (PASSHE) board of governors is hosting virtual public hearings Wednesday and Thursday.

Passionate opposition was shared at the first hearing Wednesday morning about merging California, Clarion and Edinboro universities. Most speakers asked the system board to delay the merge or forgo plans to consolidate schools altogether.

During Wednesday’s hearing, some criticized technical glitches as an example of the future of education for college students in Pennsylvania. Some speakers had poor connections or trouble unmuting to make their comments. 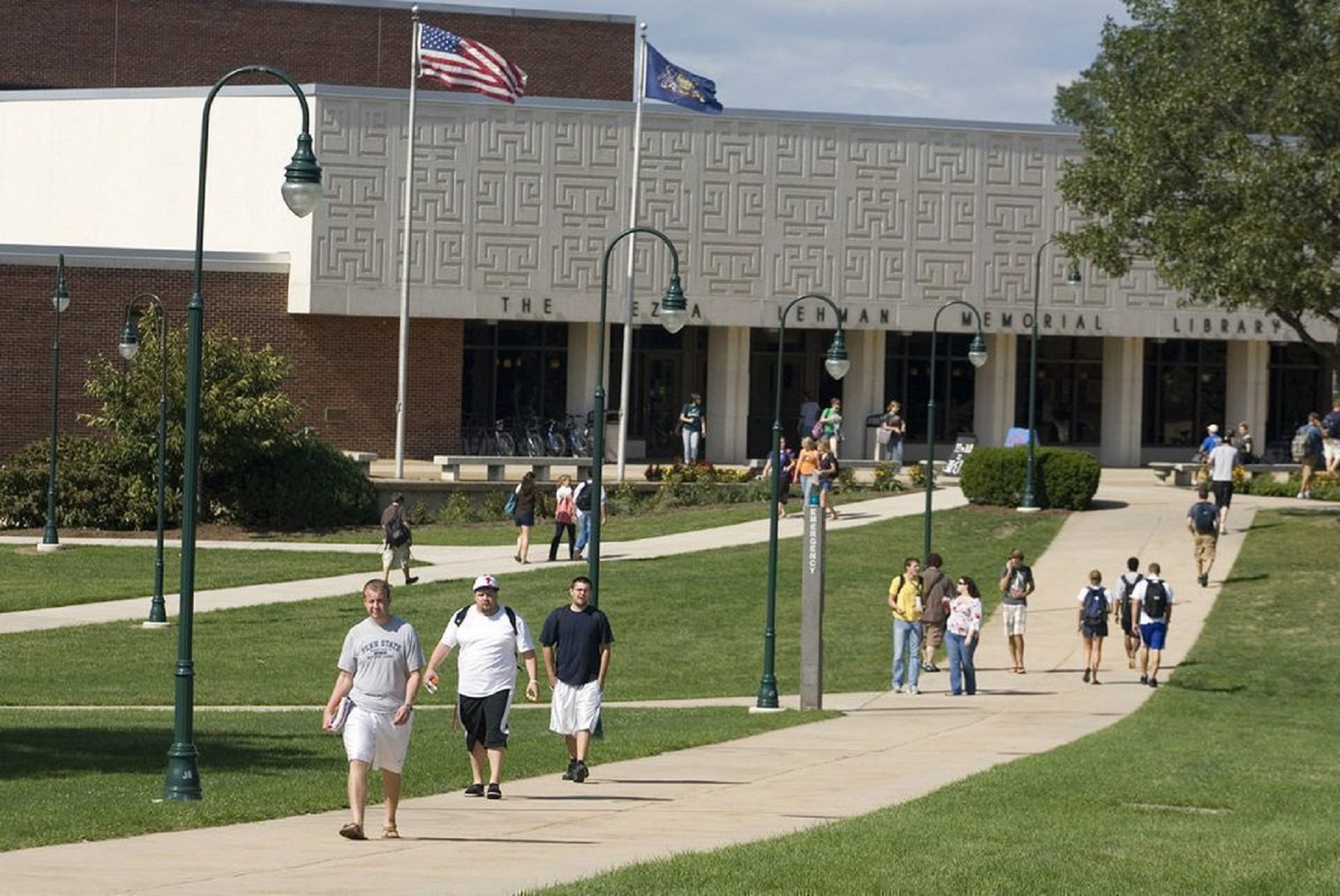 “We get our two minutes [to speak] … is that engaging? Is that the future we want?” asked Steven Gonzales. “This is the future that the kids are going to get. And the number one reason is money… Can we please take steps away from running colleges like businesses?”

Not all classes will be offered in person at all three campuses after the consolidation; remote classes would replace them. A virtual university will also be part of the new consolidated university. Many speakers decried having fewer in-person opportunities.

“I really think the benefit of going to Cal U or a Pennsylvania state school is that face-to-face friendly interaction and those specialized education skill sets,” said Fred Smith, who studied at California University and serves on its alumni board.

Smith also criticized the number of courses that would be primarily offered virtually. He said the online-only model puts state schools up against online courses available through Massachusetts Institute of Technology or private Silicon Valley companies.

“Google and Facebook are opening and standing up their own education departments. What is the sell for me to go to college for four years at Cal U versus getting a tech certification at Google in six months?” he asked.

Kimberly Firestine, an Edinboro alum, said the merger would also threaten on-campus programs like college newspapers. “It’s going to affect those programs … that are getting us jobs.”

Katherine Canazzi, a graduate student at West Chester University, said not enough is known about how the mergers would impact students. “If you move my classes to Bloomsburg… I won’t have child care,” she said. “You’re going to force people to move closer [to their new schools] when they’re already stretched thin.”

PASSHE’s board of governors has said the consolidation is necessary to confront declining enrollment at state schools.

“The size of the high school-leaving population in Pennsylvania has shrunk, state funding for higher education has forced us to push up tuition, which has also hurt our enrollment, and as universities get smaller, they can only manage as many programs as their enrollments can sustain,” PASSHE Chancellor Dan Greenstein told WESA’s The Confluence last month.

The PASSHE board of directors are likely to vote on the merger next month.

Another public hearing about the western plan is scheduled for 4:30 p.m. Wednesday afternoon. The public can view the hearing on the PASSHE YouTube page or connect via Zoom conference to speak to the board of directors.