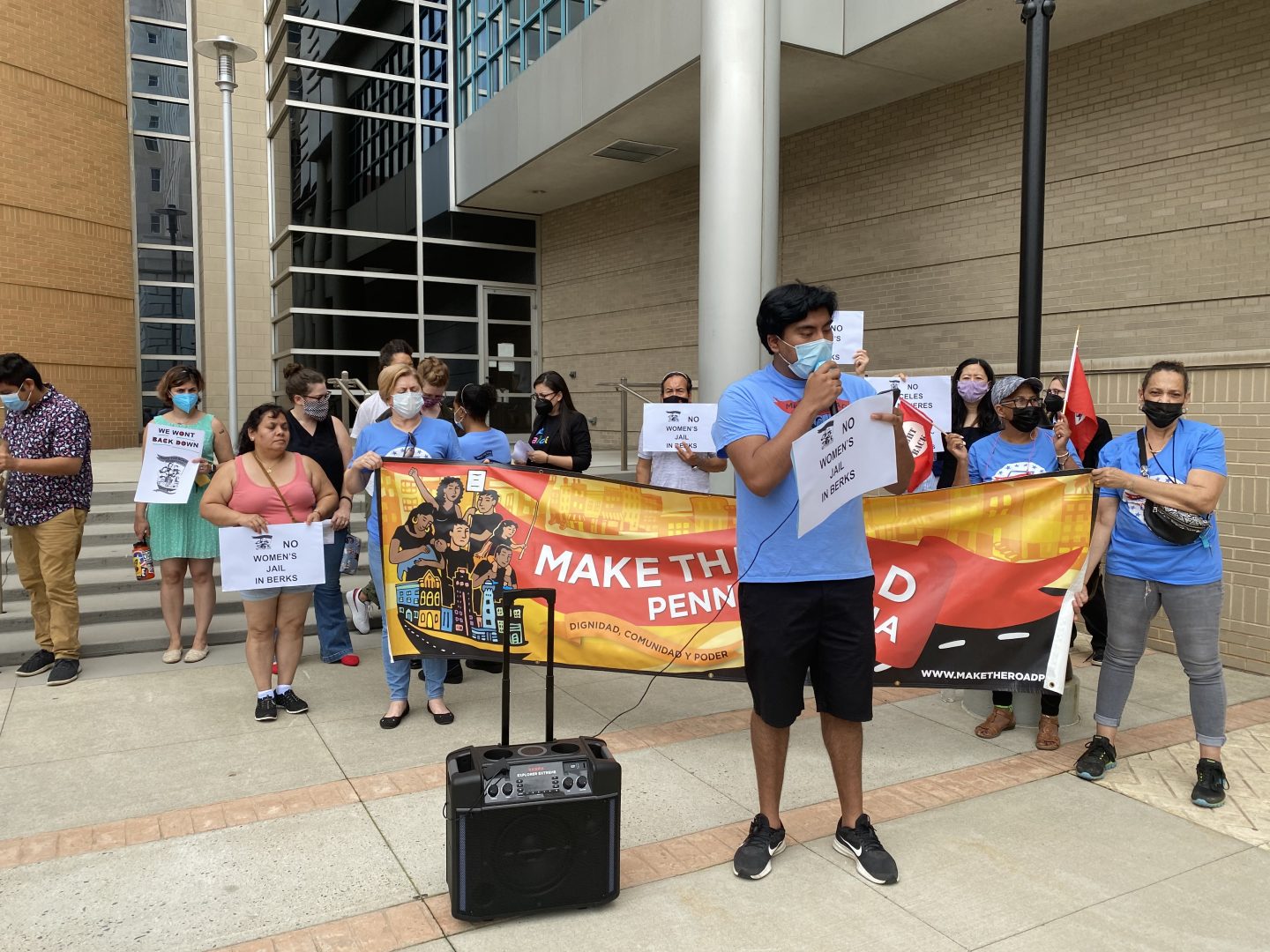 (Reading) — A lawsuit by immigrant advocates against Berks County Commissioners will go to trial after a Berks County judge Monday gave the green light for it to move forward.

The suit stems from the commissioners voting in late February to send a letter of support to U.S. Immigration and Customs Enforcement regarding a proposed use of the Berks Family Residential Center near Leesport.

Jennifer Lee of the Sheller Center at Temple Law School, who is representing the plaintiffs, said the elected officials broke state law when they left the public out of the process.

“The county commissioners excluded county residents from any discussions about a matter of importance to the community—the imprisonment of asylum-seekers at a county facility,” Lee said in a written statement. “[T]he county commissioners violated the state Sunshine Act when they voted on whether to support ICE’s plan to expand the facility and convert it to a women’s detention center without public discussion.”

The board did not publicly discuss the matter before taking the vote. Commissioners Christian Leinbach and Michael Rivera voted in favor of the letter of support, while Commissioner Kevin Barnhardt, the lone Democrat among them, voted against it.

The Pennsylvania Sunshine Act requires government entities to deliberate and take official action in an open and public meeting. It also requires that the public is allowed to attend, participate and comment before an agency takes official action, according to the state Office of Open Records.

The lawsuit filed by Latino civic group Make The Road Pennsylvania and seven other individual advocates argues the commissioners violated open meeting laws by privately deliberating an official action, not allowing a reasonable opportunity for the public to comment, and failing to keep written minutes of an official action.

The county objected to all three of the complaints. Berks County Judge Jeffrey Sprecher allowed the case to move forward, while examining the complaints of private deliberation and public comment.

Details have been scant about the future of the 96-bed center since detained families were released, days after commissioners approved their letter.

The county owns and operates the detention center in a contract with ICE. The federal agency pays the county around $1.3 million a year to lease space in the building. Commissioners are usually reticent about making any comments on the immigration detention center beyond supporting the work of the staff.

A sworn statement from an immigration official shows the proposal included potentially expanding bed space in the facility, a detail left out of comments made by Leinbach after people and news organizations asked for more information.

The letter of support was made public in May after the Reading Eagle newspaper appealed its denied Right-to-Know request. In the brief letter, county officials support either continuing the family detention program or taking only women migrants. The county did not support taking only men migrants.

ICE has yet to provide the proposal through a Freedom of Information Act request from WITF.

The Washington Post reported earlier this year that an unidentified Department of Homeland Security official said it will be used to detain women migrants.

An ICE spokesperson Friday said no one is currently being held in the center and the facility will possibly be used to detain families or other populations. A decision has not yet been made as to what will happen to the facility.