It’s a perennial conflict — but one that has become an even higher priority for some lawmakers in the wake of pandemic-related conflicts over how and why to reopen schools. 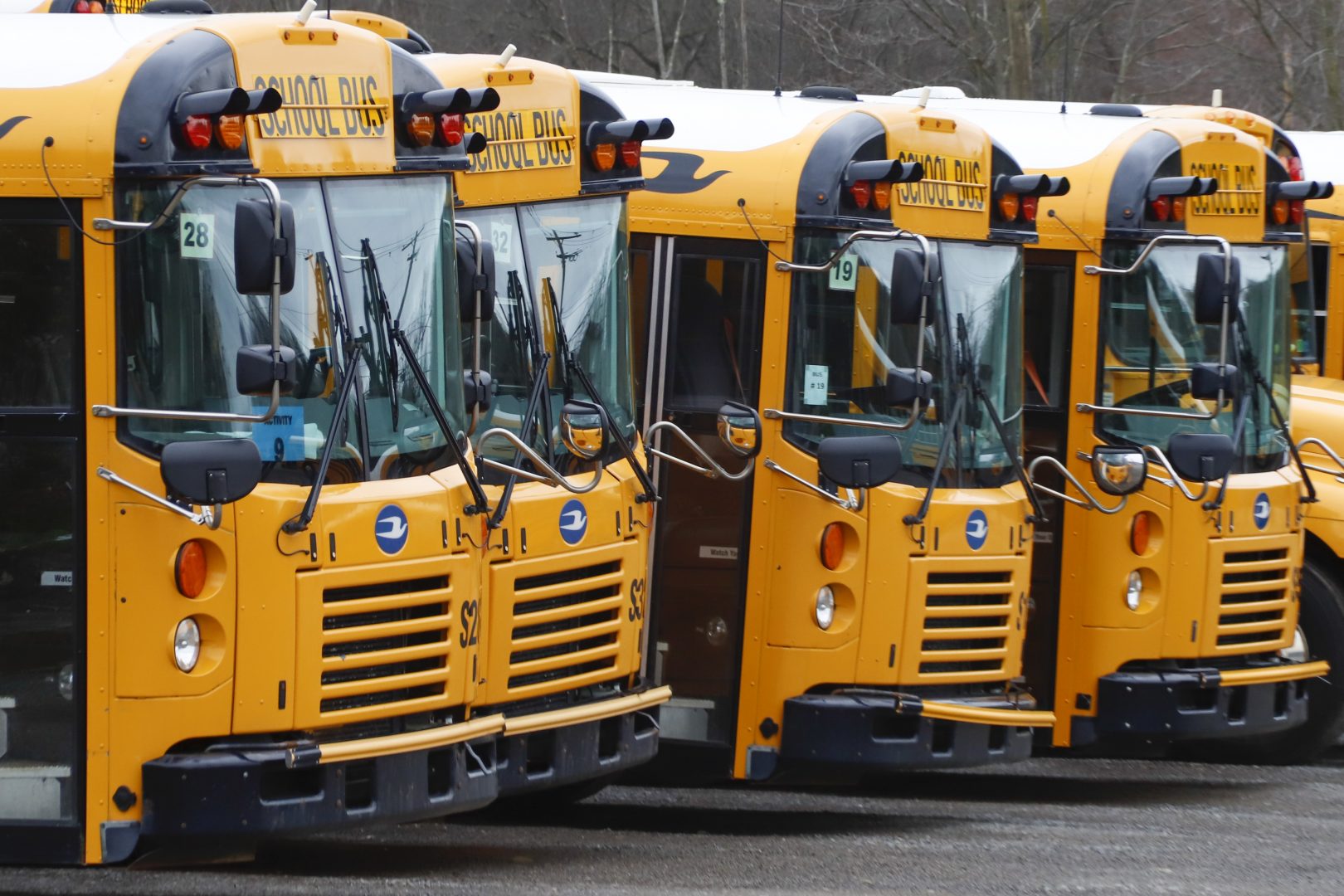 (Philadelphia) — Dueling visions of school reform are clashing in Harrisburg.

Top Republicans are embarking on a continued effort to expand students’ school options by increasing tax credit limits for donors who want to subsidize scholarships for students to go to private schools.

Gov. Tom Wolf and other Democrats are meanwhile fighting to bolster the state’s neediest public schools by routing more dollars into the commonwealth’s fair funding formula. They also want to impose stricter regulations on cyber charters — a sector that has been growing quickly and generally has a poor track record.

It’s a perennial conflict — but one that has become an even higher priority for some lawmakers in the wake of pandemic-related conflicts over how and why to reopen schools.

State Sen. Scott Martin (R-Lancaster), one of the lawmakers spearheading his party’s effort, said he believes reform is “critically important” given the “growing demand from the pandemic for the kids to return to school.” 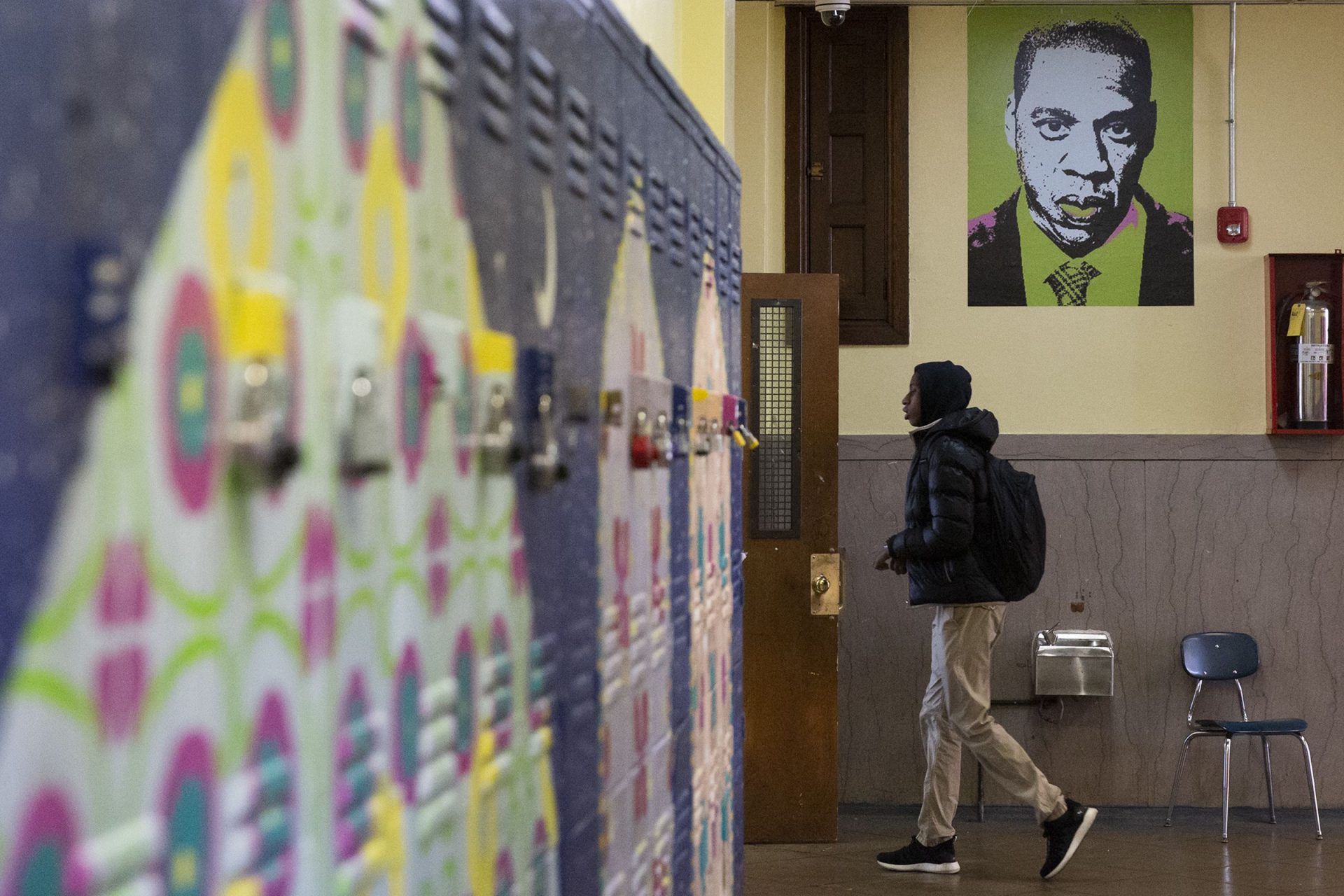 Martin and other Republicans who control the state legislature have begun moving a bill that would dramatically expand programs giving tax breaks to companies that fund private school scholarships, and also circumvent school boards power to approve and deny new charter school applications. The bill passed out of the Senate Education Committee Monday.

The Educational Improvement Tax Credit (EITC) program and the Opportunity Scholarship Tax Credit (OSTC) program together offer up to $240 million in tax credits for businesses and individuals who donate to groups that provide scholarships or run educational programs. Donors can deduct between 75% and 90% of the amount they give from their state tax bills.

Republicans have consistently pushed to expand the credits in recent years, and have gotten Wolf’s greenlight amid larger budget negotiations. Opponents argue the program routes potential money away from state coffers and benefits wealthier schools and students.

Data about who benefits from the program is scant, but a Keystone Crossroads analysis in 2019 found that many schools that get this scholarship aid report enrolling zero low-income students.

This year, Republicans’ proposal would raise the EITC from $185 million to $300 million, and raise OSTC from $55 million to $100 million.

As it stands, EITC is by far the commonwealth’s biggest tax credit.

Martin and Senate President Pro Tempore Jake Corman (R-Centre), another bill sponsor, argue that it’s clear students want to use the program. Citing recent hearing testimony from the Department of Community and Economic Development, Martin said about a third of the 67,000 students who submitted applications for EITC-related assistance didn’t get an award.

“One of the more important measurements in whether something is successful or not is how many people want it,” Corman said. “There’s a huge line for EITC, and for options for kids.”

He said it was inspired by Wolf and some school districts saying they hope to stop authorizing new cyber charter schools.

State Sen. Lindsay Williams (D-Allegheny), the minority chair of the Education Committee, accused Corman, Martin, and the bill’s other proponents of giving Democrats too little time to look it over. 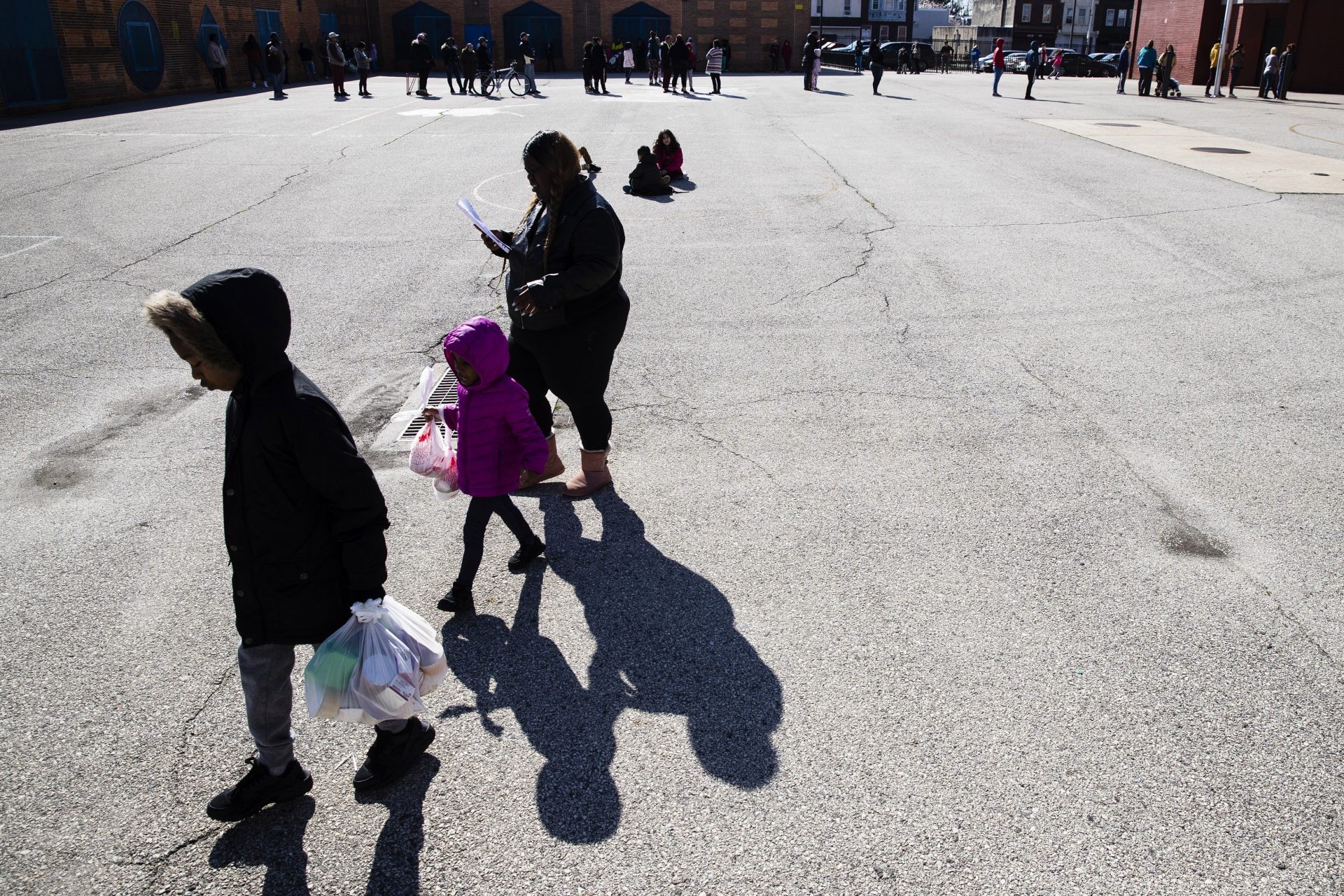 A woman and children walk away from the John H. Webster Elementary School carrying donated food and educational materials, in Philadelphia, Thursday, March 26, 2020.

She also called it a “massive tax break for corporations” that would only increase exponentially, thanks to a provision that would increase the credits by 25% every year so long as 90% of the available funds were in use the previous year.

Williams is sponsoring her own bill that is more specifically focused on charter school reform, including creating stricter ethical standards for the schools’ boards of trustees, establishing statewide performance standards, and more closely regulating the amount of money public school districts must pay to charter schools.

Although GOP lawmakers expressed some desire to work across the aisle on school reform and Martin said he didn’t intend his bill as an “ideological statement piece,” Wolf’s office said in a statement that it’s nowhere close to something he would support.

“Various components of this bill make this bill a non-starter,” Wolf’s spokeswoman, Lyndsay Kensinger, said in an email.

For example, she said, the proposed Public Charter School Commission is “another unelected, unaccountable form of Harrisburg bureaucracy appointed by political insiders will only result in increased costs to local school districts that will be paid for by increasing property taxes for Pennsylvanians.”