Penn State wide receiver Jahan Dotson (5) scores a touchdown on a 75-yard pass in the first quarter of an NCAA college football game in State College, Pa., on Saturday, Dec. 19, 2020.

Dozens of states leave athlete compensation on back burner

Nineteen states have approved legislation that would allow college athlete to make money through use of their name, image or likeness (NIL).

(Washington) — Now that he has graduated with a major in digital technology and culture, defensive lineman Dallas Hobbs wants an opportunity to profit off some of his graphic designs while he continues playing football at Washington State.

He also would like to hold charity fundraisers or youth football camps without worrying about potential compliance issues. The problem is that he happens to play in one of the states that hasn’t yet passed legislation to help athletes make money off their celebrity while they are still in school. 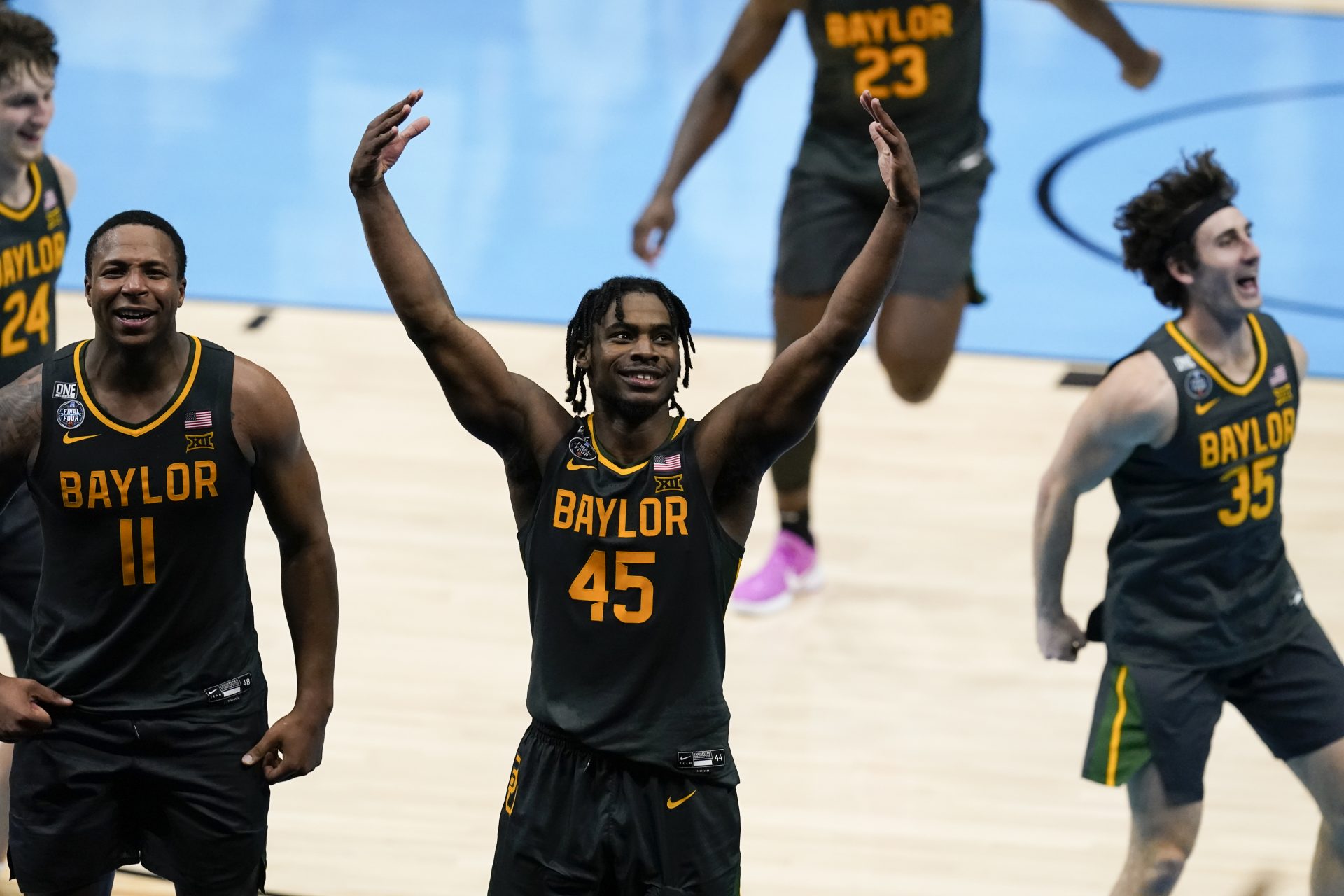 Nineteen states have approved legislation that would allow college athlete to make money through use of their name, image or likeness (NIL), according to data provided by the National Conference of State Legislatures. Illinois and Texas also have passed bills that await the signatures of their respective governors.

The legislation will become law July 1 in five of those states: Alabama, Florida, Georgia, Mississippi and New Mexico.

The remaining 29 states haven’t passed anything. That has athletes and athletic officials wondering if schools in those states could find themselves at a competitive disadvantage while others plunge ahead even as the NCAA and Congress eye blanket solutions.

“A lot of kids that are coming from places that don’t have a lot of money, their families aren’t very well off, they’re not going to go to a school where they’re going to have to struggle even more,” Penn State basketball player Myles Dread said. “They’re going to go somewhere where they can help not only support themselves and live comfortably, but help support their family.”

Dread said he has tried to lobby Pennsylvania officials to support measures that could help athletes. The state does have pending legislation on the topic but hasn’t passed anything yet.

At least Pennsylvania has made it that far. Ten states haven’t introduced any legislation on NIL, a list that includes Indiana, Utah and Wisconsin – all states with Power Five programs – as well as Alaska, Delaware, Idaho, Maine, North Dakota, South Dakota and Wyoming.

“I think the biggest concern would be recruiting,” Marquette athletic director Bill Scholl said. “If a student-athlete has a larger capacity to monetize their NIL in one state versus another, yeah, I think that’s a legitimate recruiting concern.”

It was only last week that legislation was introduced in Ohio, where state Sen. Niraj Antani, a Republican from suburban Dayton, is sponsoring a bill that would prevent universities from punishing athletes who earn compensation for various endorsements for anything that doesn’t involve marijuana, alcohol, tobacco and casinos.

Ohio State athletic director Gene Smith attended the news conference introducing the bill and warned what could happen if nothing gets enacted. 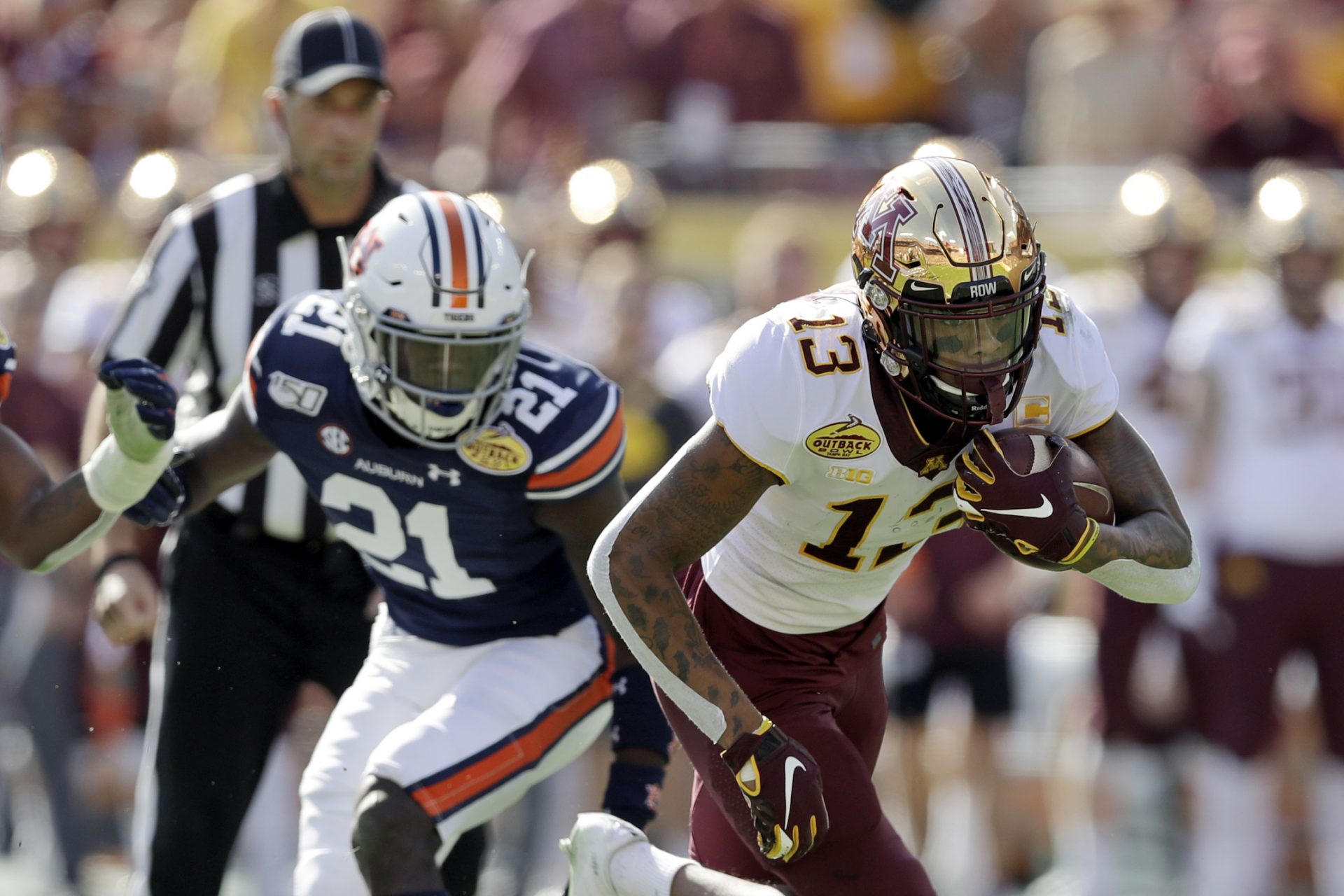 In this Jan. 1, 2020, file photo, Minnesota wide receiver Rashod Bateman (13) turns upfield against Auburn during the first half of the Outback Bowl NCAA college football gam in Tampa, Fla. Baltimore ranked last in the NFL averaging 171.2 yards passing per game and had the fewest pass attempts with 406 last season. That’s partly because the running game was so proficient behind quarterback Lamar Jackson, the catalyst for the league’s No. 1 rushing attack (191.9 yards per game) for the second straight season.

“If we are standing alone and we do not have this bill and or have the NCAA legislation passed, then we’ll be like the other 10 states, and we’ll be concerned,” Smith said. “Not just at Ohio State, for all the schools in the state of Ohio. Obviously, we’re the flagship, but I’m concerned about all the other schools as well in the state and all the student-athletes in the state.”

Athletic directors in states without legislation are holding out hope something is done at the NCAA level or in Congress that would put all schools under the same rules.

The NCAA said last month that its Division I Council is expected to act on NIL-related legislative proposals during its June 22-23 meeting. There are plenty of pending proposals in Congress on the subject.

“I think it’s important that we find a national solution to this issue,” Ohio athletic director Julie Cromer said.

But any national solution might not arrive before some state laws take effect.

Ramogi Huma, a former UCLA football player who now promotes the rights of student-athletes as executive director of the National College Players Association, said schools in states that haven’t already passed NIL-legislation need to lobby legislators to get something done.

“It’s poor insight to think Congress is going to rush in before July 1st and make everything right,” Huma said. “The athletic directors that are on the fence or sitting on the sidelines are making a big mistake. The college presidents and the lawmakers in those states and the boosters should understand that fact.”

There is no consensus on which Congressional measures could move forward. And at the state level, measures under consideration vary on the details.

“Even if all 50 states have laws, if they’re all different, then you still have some states with an advantage over other states,” Scholl said. “I believe that’s a legitimate concern.”

That creates plenty of confusion over just what will be allowed and how that could change depending on where an athlete is attending school.

“It’s just the wild West really right now,” Hobbs said. “It’d be nice to see the NCAA step in and really take hold of this and grant this NIL freedom.”