Demonstrators gather outside of the state Capitol in Harrisburg on Sept. 25, 2019, ahead of a gun hearing in the Senate Judiciary Committee.

Gun owners set to rally at the state Capitol today

Since Pennsylvania is an “open carry” state, gun owners who attend are allowed to hold their weapons on the front steps or other areas outside the building.

(Harrisburg) — The annual “Right to Keep and Bear Arms” rally is slated for this morning at the state Capitol.

It’s the Commonwealth’s first large gathering of armed gun owners in more than a year. The event is scheduled to begin at 10:00 a.m.

In past years, as many as 1,000 people have shown up for the event in support of upholding the second amendment and law and order.

Since Pennsylvania is an “open carry” state, gun owners who attend are allowed to hold their weapons on the front steps or other areas outside the building. However, if they want to go inside, they’ll have to check their firearms with police, which is standard policy according to Troy Thomspon, spokesperson for the Department of General Services. 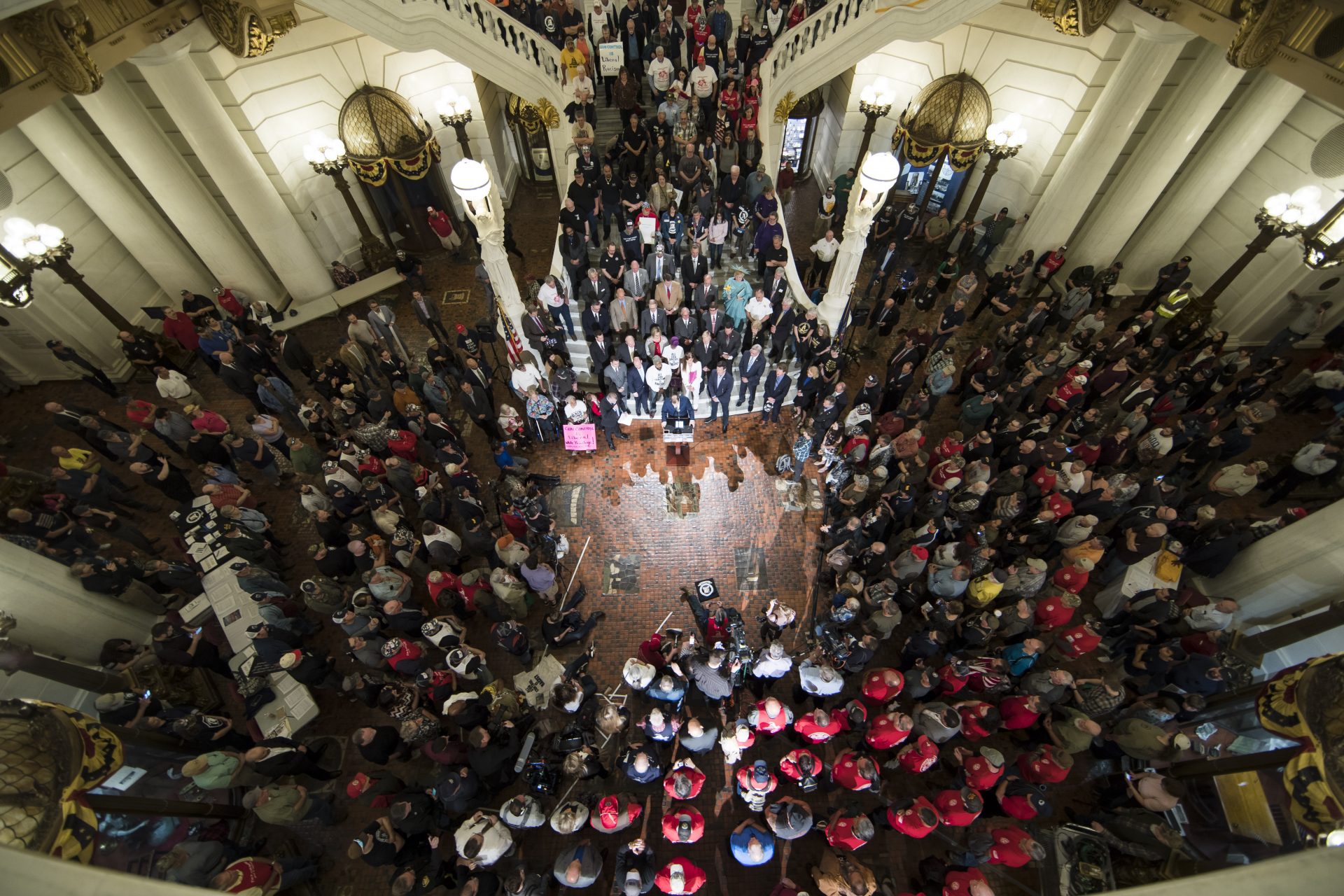 Gun rights advocates gather for an annual rally at the state Capitol in Harrisburg, Pa., Monday, May 6, 2019.

In the weeks after the January 6th U-S Capitol insurrection, the Pennsylvania state Capitol was on high alert and Governor Tom Wolf deployed the national guard to bolster security.

He said there are no plans for a heightened police presence given their experience with the annual event.

But Capitol Police are working with other agencies to monitor any conversations about potential threats and Thompson said they will have “the appropriate personnel and resources to be deployed as necessary.”