A vial of the Phase 3 Novavax coronavirus vaccine is seen ready for use in the trial at St. George's University hospital in London Wednesday, Oct. 7, 2020.

A new type of COVID-19 vaccine could debut soon

The protein subunit vaccine is based on a well-understood technology and doesn't require special refrigeration.

(Washington) — A new kind of COVID-19 vaccine could be available as soon as this summer.

It’s what’s known as a protein subunit vaccine. It works somewhat differently from the current crop of vaccines authorized for use in the U.S. but is based on a well-understood technology and doesn’t require special refrigeration.

In general, vaccines work by showing people’s immune systems something that looks like the virus but really isn’t. Consider it an advance warning; if the real virus ever turns up, the immune system is ready to try to squelch it.

In the case of the coronavirus, that “something” is one of the proteins in the virus — the spike protein.

The vaccines made by Johnson & Johnson, Moderna and Pfizer contain genetic instructions for the spike protein, and it’s up to the cells in our bodies to make the protein itself.

The first protein subunit COVID-19 vaccine to become available will likely come from the biotech company, Novavax. In contrast to the three vaccines already authorized in the U.S., it contains the spike protein itself — no need to make it, it’s already made — along with an adjuvant that enhances the immune system’s response, to make the vaccine even more protective.

Protein subunit vaccines made this way have been around for a while. There are vaccines on the market for hepatitis B and pertussis based on this technology.

A large test of the Novavax COVID-19 vaccine’s effectiveness, conducted in tens of thousands of volunteers in the United States and Mexico, is about to wrap up. Dr. Gregory Glenn, president of research and development for Novavax, told an audience at a recent webinar hosted by the International Society for Vaccines that “we anticipate filing for authorization in the U.K., U.S. and Europe in the third quarter.” 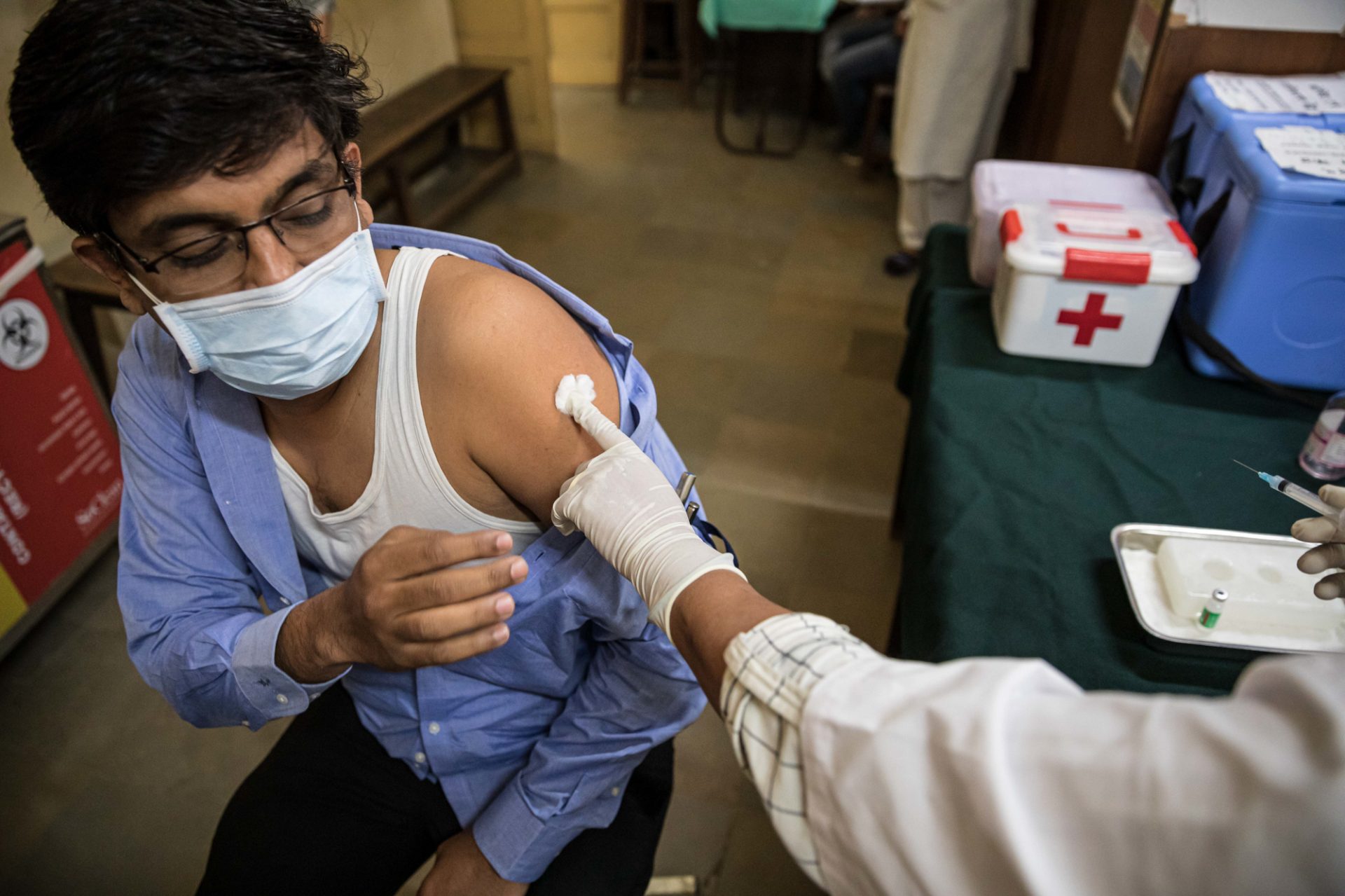 Amit Sonawane, 35, an engineer at a district health office, gets his first vaccine dose in Palghar, India.

To make the virus protein, Novavax uses giant vats of cells grown in the lab. But there’s another way to make the protein: Get plants in a greenhouse to do it.

That’s the approach being used by the Canadian biotech firm Medicago.

The plants used are related to the tobacco plant, and have been modified to contain the genetic instructions to make the viral protein.

The plants do something very valuable — they make a lipid shell that surrounds a bunch of the viral proteins, with the proteins sticking out.

“The plant will assemble the protein in a shape and form that is looking like the virus,” says Nathalie Landry, Medicago’s executive vice president for scientific and medical affairs. “So, if you look at an image of it, it looks like a virus, but it cannot induce any disease. But when [it’s] injected as a vaccine your body will raise a good immune response.”

Early studies suggest Medicago’s candidate vaccine does just that, and the company is confident enough in those findings that it’s already begun a large study in people that could involve as many as 30,000 volunteers in 11 countries.

Landry acknowledges that development of the Medicago COVID-19 vaccine has lagged behind others.

“We’re a latecomer, but we’re coming,” she says.

Another latecomer that’s coming is the pharmaceutical giant Sanofi. Its protein subunit vaccine against the coronavirus is also grown in cells in the lab.

Late last year the company was getting ready to mount a large study of the vaccine’s effectiveness when the early results in a smaller group of people showed it did not seem to be inducing the immune response that would be protective.

“Especially in elderly individuals in that study, it was not as immunogenic as it should be,” says Dr. Paul Goepfert at the University of Alabama at Birmingham, who was one of the researchers involved in those early studies. He says the issue turned out to be an incorrect calculation of the dose of vaccine being delivered.

“So instead of giving 10 micrograms of the dose, they were actually giving one microgram,” Goepfert says. 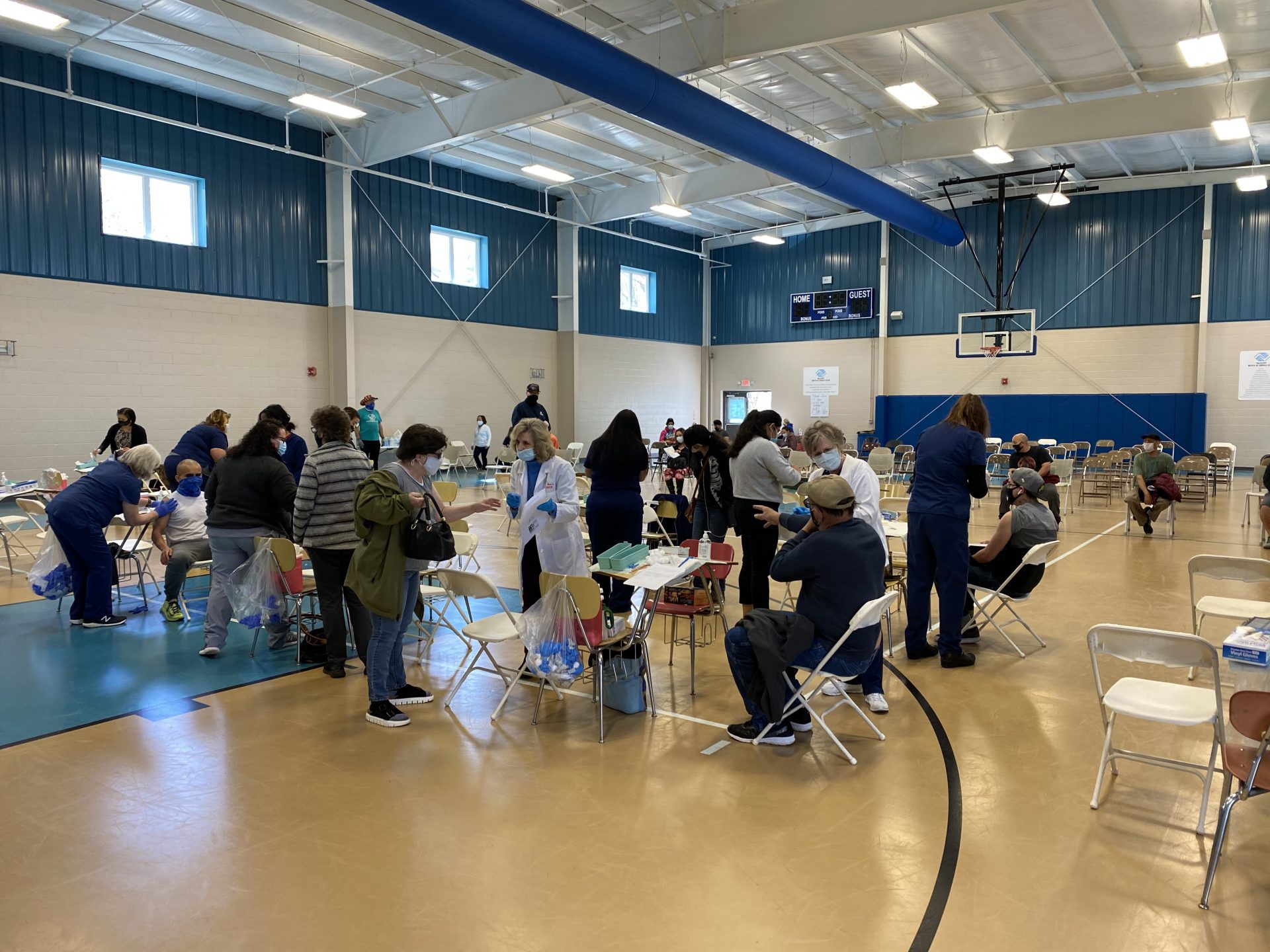 Sanofi has fixed that problem and repeated the early studies with good results. The company is now enrolling volunteers in a large efficacy trial.

Goepfert says it’ll be a good thing if all these vaccines make it to consumers. But that alone isn’t going to solve the problem of getting people vaccinated.

Why? “Because the vaccines that we have now are just beyond our wildest dreams kind of effective,” he says. “And I’m living in a state right now where it just frustrates me how slow our vaccine uptake is.”

Goepfert lives in Alabama. According to the latest numbers from the Centers for Disease Control and Prevention, only Mississippi has a lower per capita rate of vaccination.