Amish reaction to vaccine mirrors that of rural neighbors in Pa.

“We don’t have data because Amish folks were, generally speaking, not interested in being tested, for a number of reasons."

(Elizabethtown)  — In Plain community newspapers, the obituaries for Amish and Old Order Mennonites rose during the pandemic, just as they did in other communities.

That’s how Steven Nolt identified COVID-19′s impact on the Plain communities across Pennsylvania because, beyond that, there are no reliable methods for measuring how many people in those communities contracted the virus or received the vaccination.

“We don’t have data because Amish folks were, generally speaking, not interested in being tested, for a number of reasons,” said Nolt, interim director of Elizabethtown College’s Young Center for Anabaptist and Pietist Studies.

“In some cases, they would say things like: ‘I knew I was sick. I didn’t have to go and tell someone I was sick.’ Or another concern of: ‘Well, if it turns out I’m sick, I’m going to be told to do this and this that I don’t want to do.’” 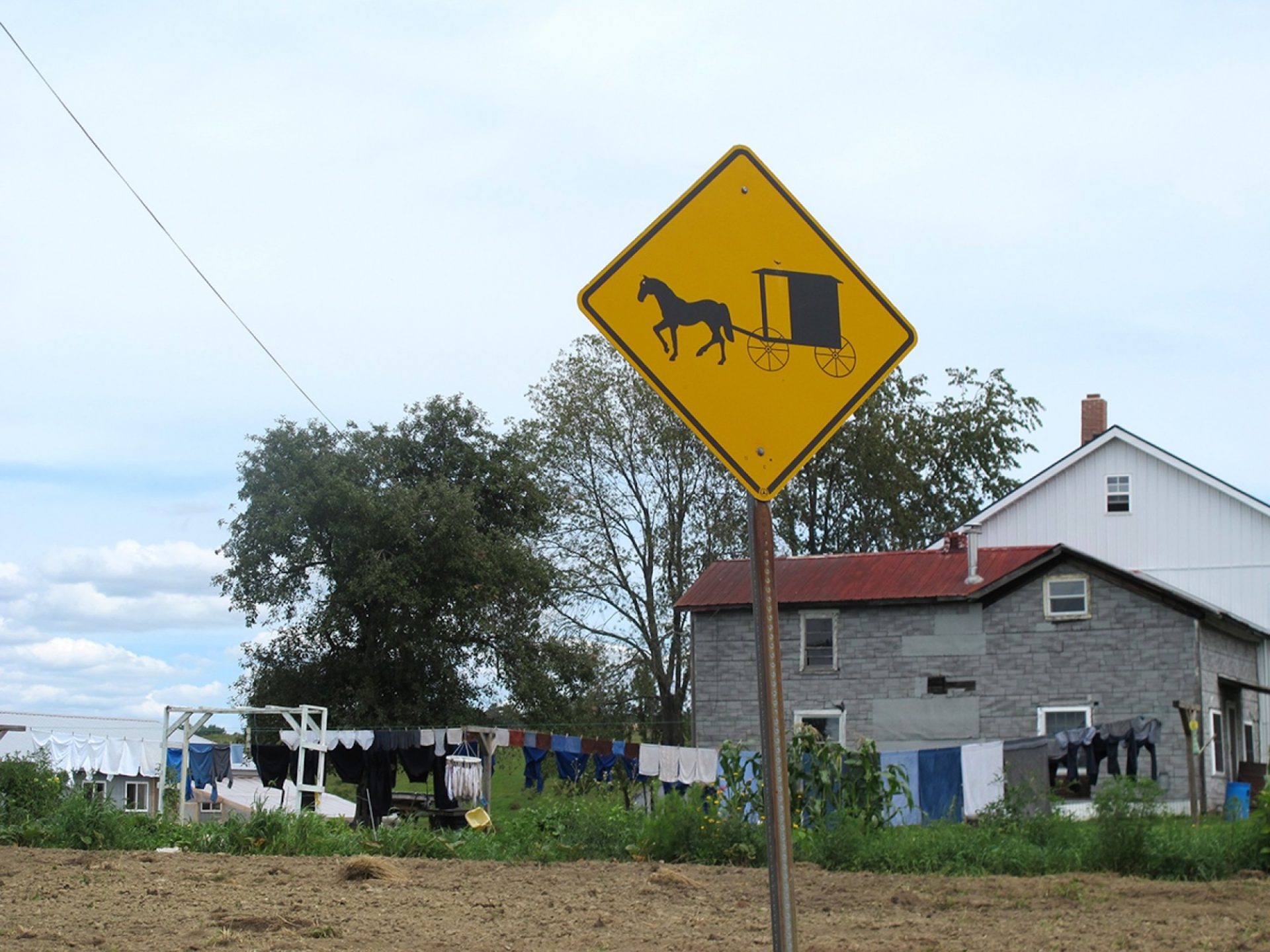 Pennsylvania health care providers are adjusting their vaccine outreach strategies to target those living in more rural parts of the state, including Amish and conservative Mennonite communities.

Donald Kraybill, senior fellow emeritus at the Young Center, said the vaccination decisions among the Plain community are as diverse as the 550 Amish congregations in Pennsylvania, because that’s where the decisions are made.

“I know of some congregations where they had an onset of infections back in last summer and last fall, and many of them feel, well, they’re already immunized by the fact that they already had the virus,” he said.

Alice Yoder, executive director of Community Health at Penn Medicine Lancaster General Hospital, said, “There is general belief in that community that they have a level of herd immunity because so many of them had been sick early on.”

“Herd immunity,” an idea that took hold early in the pandemic, is unlikely for the foreseeable future, experts say, because there are too many variants and the immunization rate has slowed recently.

There is no way to track how many Amish and horse-and-buggy Mennonite families have received their vaccinations, experts say, but they’re following the same path as many other rural residents: They’re skeptical; resistant to the government mandating what they should do; but following along with shots, in some cases, when it’s easy and accessible. In addition, some Amish believe their community has reached herd immunity because so many of them had the virus early in the pandemic.

Many of the attitudes toward the vaccine in the Plain community reflect the stance of the people they live near, Kraybill said.

“Amish people aren’t living on an island. They are all living in rural areas. None of them live in towns or cities. They get a lot of their information from local, rural people who may share negative attitudes about masking or vaccination,” he said. 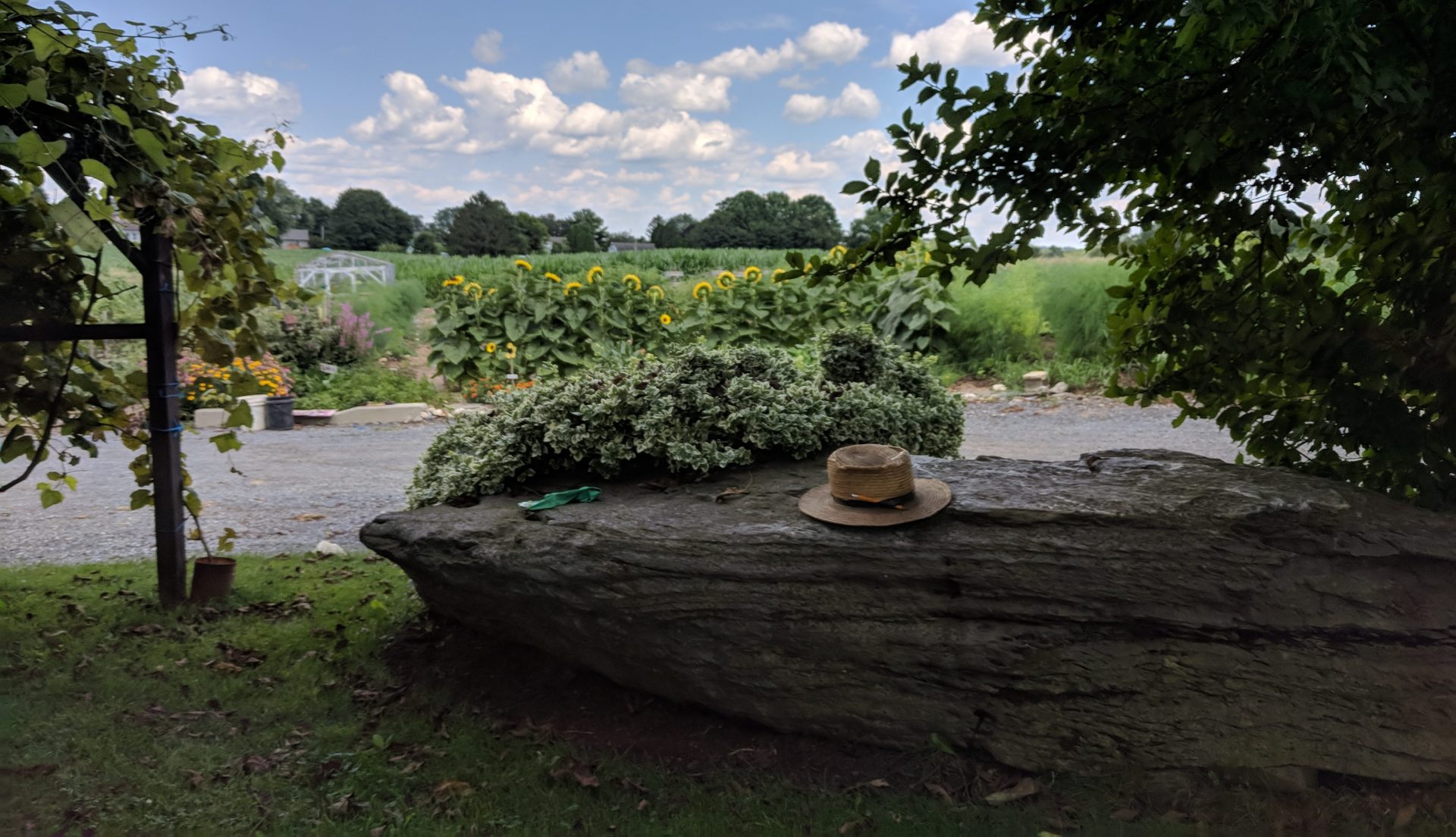 An Amish man’s hat rests on a rock outside a farmhouse in Leacock Township, Lancaster County, on July 24, 2019.

To push past any negativity, Penn Medicine LGH placed ads in Plain community newspapers and circulated flyers to explain the virus and the vaccine. They have even used telephone conferences to draw the Amish community into conversations with physicians.

Pop-up clinics in the eastern and southern parts of Lancaster County, where the Amish populations are highest, have helped, Yoder said. Just making the clinics easy and accessible have drawn both Amish and other rural residents in for vaccinations. Some waited to get their vaccination, and their success encouraged others to follow suit.

The number of Amish residents LGH has vaccinated or treated for the coronavirus is unknown because religious affiliations are not asked by medical staff, Yoder said.

“The ultimately goal is for those in the community to make an informed decision,” he said.

The Pennsylvania Department of Health said it has community health nurses who work regularly with the Amish community.

“These nurses are in nearly every county in the state (except for those that have their own health departments). They have worked extensively to build relationships with the Amish community over the years and throughout the COVID-19 response,” said Maggi Barton, deputy press secretary, in an email.