“It’s a no-brainer to permanently adopt [inclusionary zoning] for Lawrenceville. All our neighbors should be able to continue to call Lawrenceville home as it grows."”

(Pittsburgh) — Speakers at a Pittsburgh City Council hearing on Wednesday urged councilors to use every tool at their disposal to address the city’s affordable housing shortage — and to preserve a relatively new tool called inclusionary zoning, which will expire on July 25 without council action.

When new construction or renovations of 20 or more residential units take place within such zones, the regulation requires 10 percent of them to have affordable rental or sales prices.

A task force recommended in 2017 that inclusionary zoning be implemented citywide. Instead, council approved a pilot program in Lawrenceville, one of the city’s tightest real estate markets. In two years the initiative led to the creation of 35 affordable rental units at Arsenal 201, a mixed-use project on Butler Street developed by Indianapolis-based Milhaus, and five affordable for-sale units at the former Holy Family church on 44th Street.

Even in the midst of the pandemic, the policy did not hamper growth and proved to be effective, Lawrenceville United executive director David Breingan told council Wednesday.

“It’s a no-brainer to permanently adopt [inclusionary zoning] for Lawrenceville,” he said. “All our neighbors should be able to continue to call Lawrenceville home as it grows.”

He said the alternative is continued displacement, noting that in a five-year span, Lawrenceville lost half of the neighborhood’s low-income residents, half of Black residents, nearly one-third of children under 18, and almost 10 percent of older residents. Breingan urged council to make the regulation permanent in Lawrenceville and to expand its application. 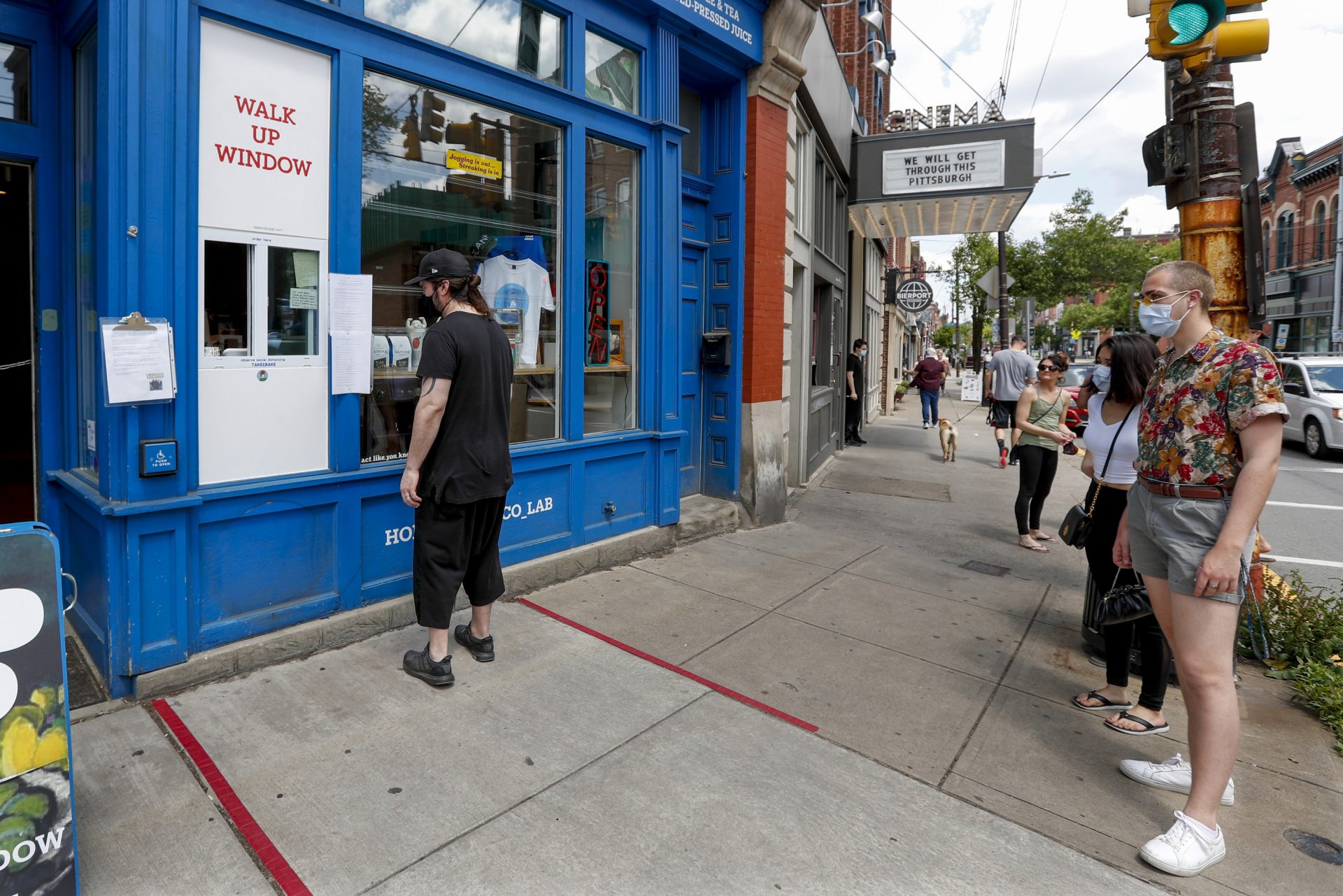 People wait for a take-out order at a restaurant along Butler Street in Pittsburgh’s Lawrenceville neighborhood as counties in southwestern Pennsylvania join northwestern and the north central regions with more relaxed COVID-19 prevention restrictions, Friday, May 15, 2020, in Pittsburgh.

Almost all of the 19 speakers on Wednesday hailed the Lawrenceville pilot as a success and called for its extension to the rest of Pittsburgh. Many speakers noted that the city has lost thousands of Black residents in recent years, in part because of rising prices.

“As a Black resident in Lawrenceville, as a Black person in this city, I’m just processing why a tool to create mixed-use housing hasn’t been approved yet,” said Amber Thompson. “[Inclusionary zoning] is not the only tool, but it shows a commitment to” making good on promises from elected officials to build an equitable city.

“Inclusionary zoning is a tool for racial equity, to embed housing choice in our city,” she said.

Bob Damewood, a staff attorney with Regional Housing Legal Services, also asked council to consider inclusionary zoning within the context of the city’s history. In the 1990s there was a concerted effort to tear down some 10,000 units of low-income housing, he said; the rationale was that the concentration of poverty wasn’t good for anyone.

Presumptive mayor-elect Ed Gainey campaigned on a pledge to expand the policy citywide, as part of his larger commitment to create and preserve affordable housing.

However, the policy is not without detractors. The hearing featured testimony that inclusionary zoning could keep prices artificially low, thereby reducing home values — and also claims that the policy could drive prices up.

Andre Del Valle, who directs government affairs for the Pennsylvania Apartment Association, said his organization appreciates the intent of the legislation, but “if made permanent, [it] would create a number of unintended consequences.” Those could include a decline in new residential housing and increased housing prices, he said.

But everyone should have an opportunity to live in neighborhoods with decent housing, good schools, and good transportation, said Ed Nusser, head of the City of Bridges Community Land Trust. He told councilors the city faces an affordable housing crisis only exacerbated by the pandemic.

“And I feel now is a good time to point out that this housing crisis that we face has been brought on by what many people would also call growth,” he said. “Growth to one person can be displacement to hundreds and thousands of our neighbors.”

Three city council members present at the hearing — Deb Gross, Erika Strassburger, and Bobby Wilson — said that while they have questions, they support inclusionary zoning. Council President Theresa Kail-Smith was present for a time, but did not speak.

If council does not approve legislation by the end of July, inclusionary zoning in Lawrenceville will end.