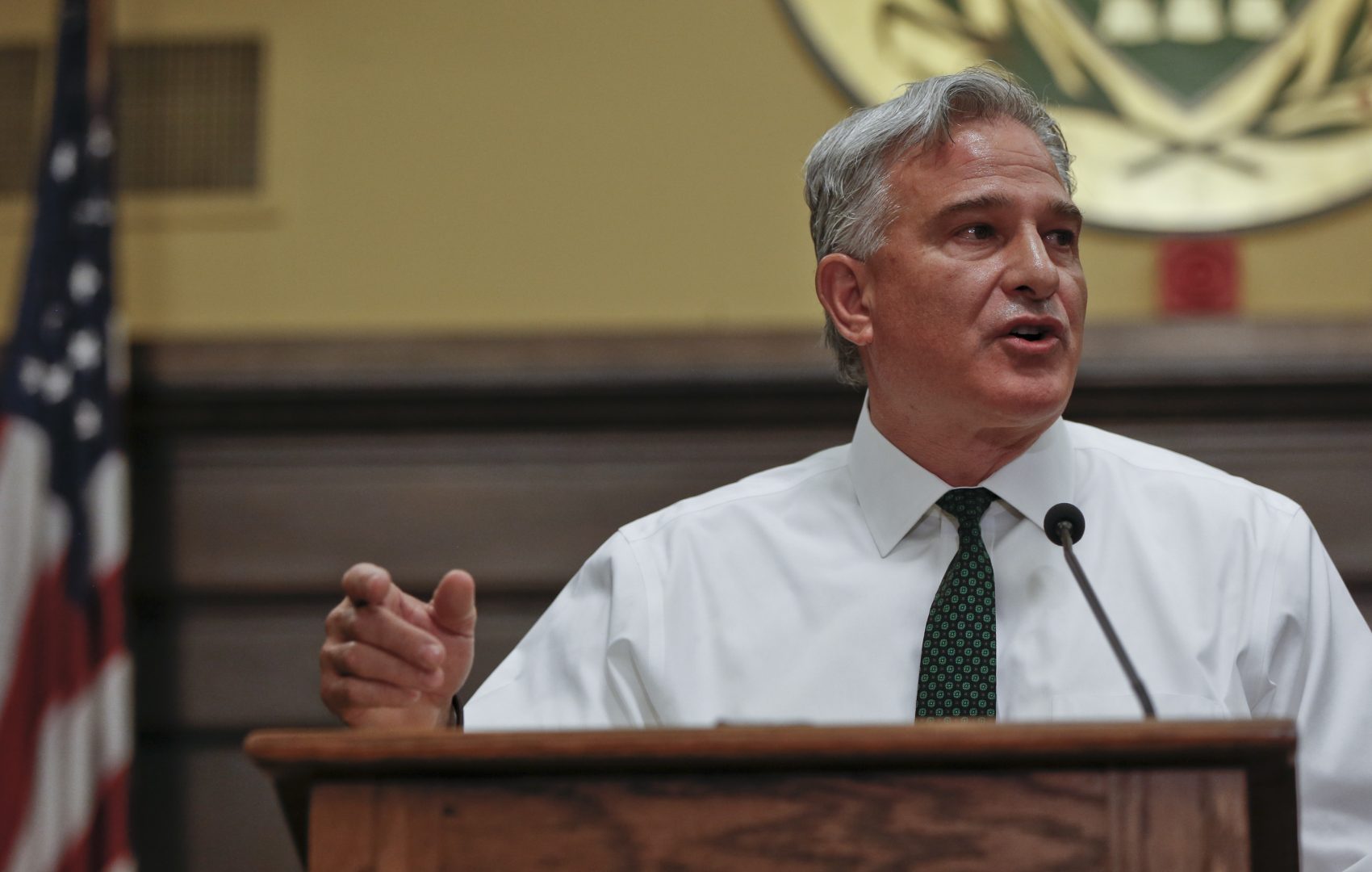 (Pittsburgh) — Allegheny County District Attorney Stephen Zappala drew swift condemnation Wednesday in the wake of a report that he ordered local prosecutors to deny plea deals to a Black criminal defense attorney who accused the DA’s office of systemic racism.

Local Democrats said Zappala, also a Democrat, should resign and face ethics sanctions after the Pittsburgh Tribune-Review reported on an email he sent to his staff last month targeting lawyer Milton Raiford.

The email was reportedly prompted by statements that Raiford made while appearing before Allegheny County trial judge Anthony Mariani May 13. Raiford criticized the county DA’s office, and the criminal justice system more broadly, for being “systematically racist,” according to the Trib. The newspaper reported that Raiford accused Zappala’s office, as well as local and state courts, of indifference to the racial justice movement that gained traction following the May 2020 police killing of George Floyd in Minneapolis.

As reported by the Trib, Zappala said in his email five days later, “On May 13, we experienced another issue of unprofessional conduct in the courtroom of Judge [Anthony] Mariani, this one involving Attorney Milt Raiford. … The transcript will evidence what is presently considered a convoluted critical diatribe. You are being advised of what actions will be taken.”

Zappala then went on to prohibit attorneys in his office from offering plea deals, which often result in shorter sentences, to Raiford’s clients.

Democratic state Rep. Emily Kinkead was quick to denounce Zappala for the email, describing it as an abuse of power. She demanded that the district attorney resign.

DA Stephen Zappala needs to resign or be removed immediately.

He just instructed his office to punish the clients of an attorney who criticized the criminal justice system as a whole (not just the DA's office) for being "systematically racist." https://t.co/KRBJtG2S49

“[Zappala] has absolutely betrayed his oath of office. If you are the district attorney, your role is to serve justice. It’s not to get revenge. It’s not to punish people. It is to get justice for those who have been the victims of crime,” said Kinkead, a lawyer herself. “And if you are punishing the clients of an attorney that you have personal animus with, then you are unfit to be the district attorney.”

A spokesperson for the district attorney’s office did not respond to a request for comment Wednesday morning. Raiford also could not be reached.

Democratic State Rep. Summer Lee, also an attorney, agreed with Kinkead that Zappala should step down. His reaction to Raiford, she added, “proves … the point [that] was being made” by the defense attorney.

“We have a Black lawyer who said that there was systemic racism in our courts, which is an objective fact,” said Lee. “And we have a DA, someone who has power over that, reacting by punishing all the people who would come before them with that lawyer.”

Stephen Zappala must be removed immediately.

Given that racial minorities are disproportionately likely to be charged with crimes, Lee added, “If you’re punishing everybody who hires this attorney … we can guess that they’re going to be Black and brown folks who are going to be impacted by that. That’s a very easy way of saying, ‘I’m going to discriminate.’”

University of Pittsburgh law professor David Harris said it was “puzzling” to hear Zappala had lashed out at Raiford.

“I think everybody is aware that people will criticize you if you’re a public official,” Harris said. “We expect attorneys to have opinions about the system in which they work. They are there every day. They see it in operation.”

Zappala isn’t up for re-election until 2023. “But [his response to Raiford] is an appropriate question for an ethics board or committee to examine,” said Harris. “It does seem to raise a real ethical question.”

The Disciplinary Board of the Supreme Court would be responsible for reviewing such a case. The 12-member board prosecutes professional misconduct cases involving attorneys.

The process begins when any member of the public files a complaint with the board, or if the body itself decides to inquire into a case of alleged misconduct. The board keeps the subsequent investigation confidential, although other participants could disclose it.

If the case is dismissed or results in an informal admonition, the board never publicizes it. But it does hold open hearings when it chooses to publicly reprimand an attorney. And it also discloses more severe sanctions, including suspension from practicing law and disbarment.

The state Supreme Court itself would have to approve any suspension or disbarment.

In March, the board suspended former Bradford County District Attorney Chad Salsman, who had faced charges for sexual abuse. But Salsman refused to step down while his criminal case was still pending. He ultimately resigned in May, however, after pleading guilty to reduced charges. His replacement, Albert Ondrey, was sworn in Tuesday.

While a similar outcome might be unlikely in Zappala’s case, Lee predicted that the movement to vote the district attorney out of office will gain momentum.

Zappala held off a challenge from independent challenger Lisa Middleman, in 2019. But calls for criminal justice reform has only grown louder since then: Middleman herself is currently running as a Common Pleas Court judge, along with a handful of other avowed reformers who won the Democratic Party nomination in May.

Chris Potter contributed to this report.

Florida inmate says he killed 6 in Pennsylvania in 1970s