To Honor and Serve, right, with jockey Jose Lezcano aboard, heads to the finish line during the running of the Pennsylvania Derby horse race at Parx Racing, Saturday, Sept. 24, 2011, in Bensalem, Pa.

Inspectors found items "that have no business on the backside, with needles and syringes and some other things that we discovered."

The revelation of the findings happened this week at Tuesday’s meeting of the State Horse Racing Commission, the Philadelphia Inquirer reported.

Tom Chuckas, the state’s director of thoroughbred horse racing, told the commission about what inspectors found when searching a barn, grooms’ quarters and rooms where riding gear is kept during the meeting.

“In our enforcement action, I can say, without getting into too much detail, a significant amount of contraband was discovered, dealing with medications,” Chuckas said.

Some of it was unlabeled or expired, Chuckas said.

Inspectors found other items “that have no business on the backside, with needles and syringes and some other things that we discovered,” he said. 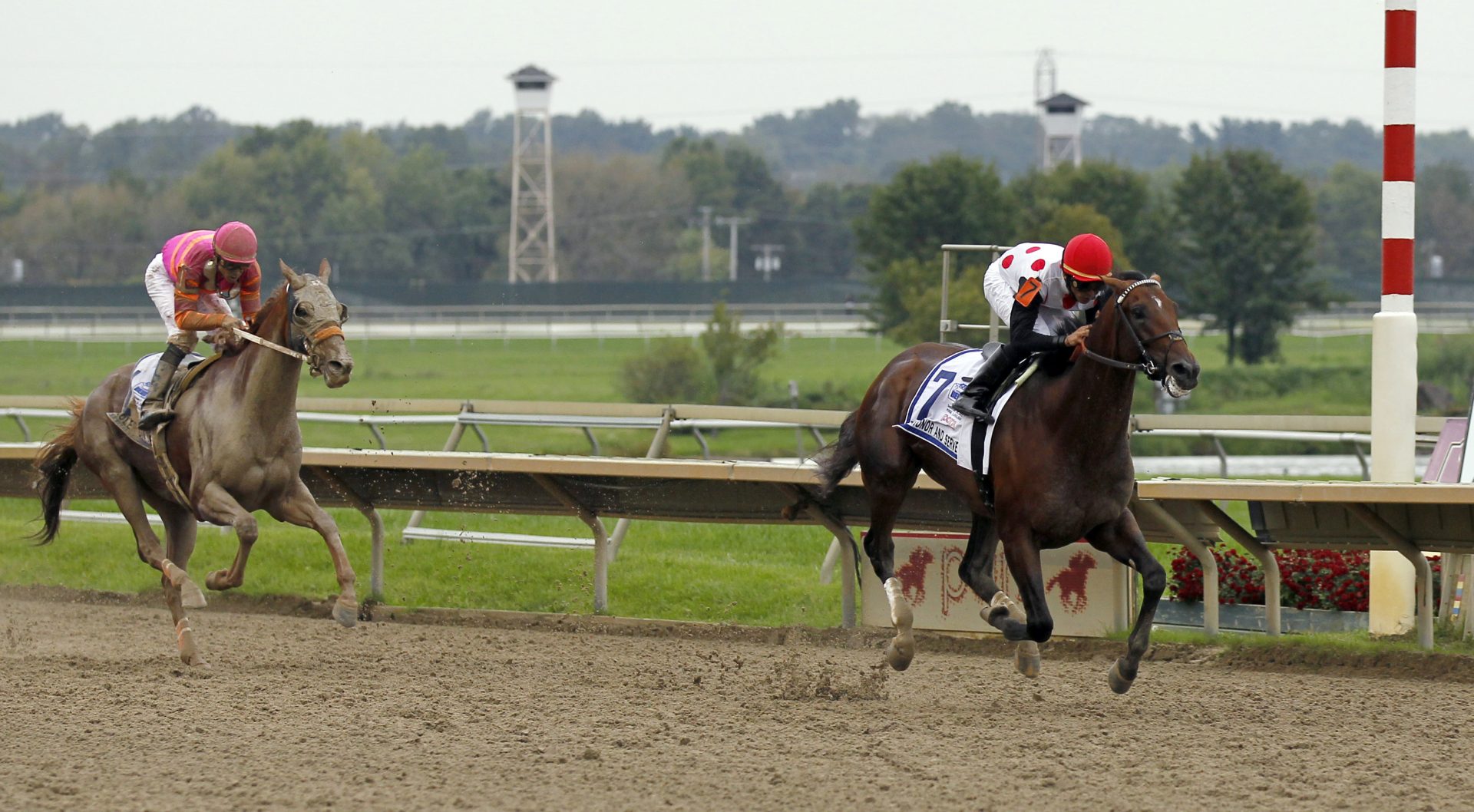 To Honor and Serve, right, with jockey Jose Lezcano, crosses the finish line in front of Ruler on Ice, with jockey Garrett Gomez, to win during the Pennsylvania Derby horse race at Parx Racing on Saturday, Sept. 24, 2011, in Bensalem.

A video clip of the virtual meeting was posted online by Kathryn Papp, an equine veterinarian. The commission itself did not provide video or a transcript of the meeting.

Chuckas said he could not disclose some details because an investigation is underway.

A state Department of Agriculture spokesperson, Shannon Powers, said the findings spurred an investigation. The searches were carried out last Friday and Saturday as part of the department’s routine enforcement duties, Powers said.

Parx cooperated with the inspections, she said.

Joe Wilson, chief operating officer of Parx Racing, said the company does not condone “anybody having anything in their possession that they shouldn’t, and we certainly support the commission on that.”

Wilson said three horses were scratched from races at Parx on Tuesday as a result of a trainer being suspended in connection to the commission’s search.

Pennsylvania regulators have suspended more than 1,800 licenses and handed out more than 4,500 fines in the last five years, including discipline for using banned drugs.

However, none of the horses that died in the last two years was found to have been injected with illegal substances, regulators said.

Why is it still so hard to see police bodycam footage in Pennsylvania?