The Pa. legislature has new power to overrule Wolf on COVID. The two camps differ on details

Because Wolf’s administration has been gradually phasing out the major components of his disaster measures, like business closures, many of the changes that the resolution would make are already moot. 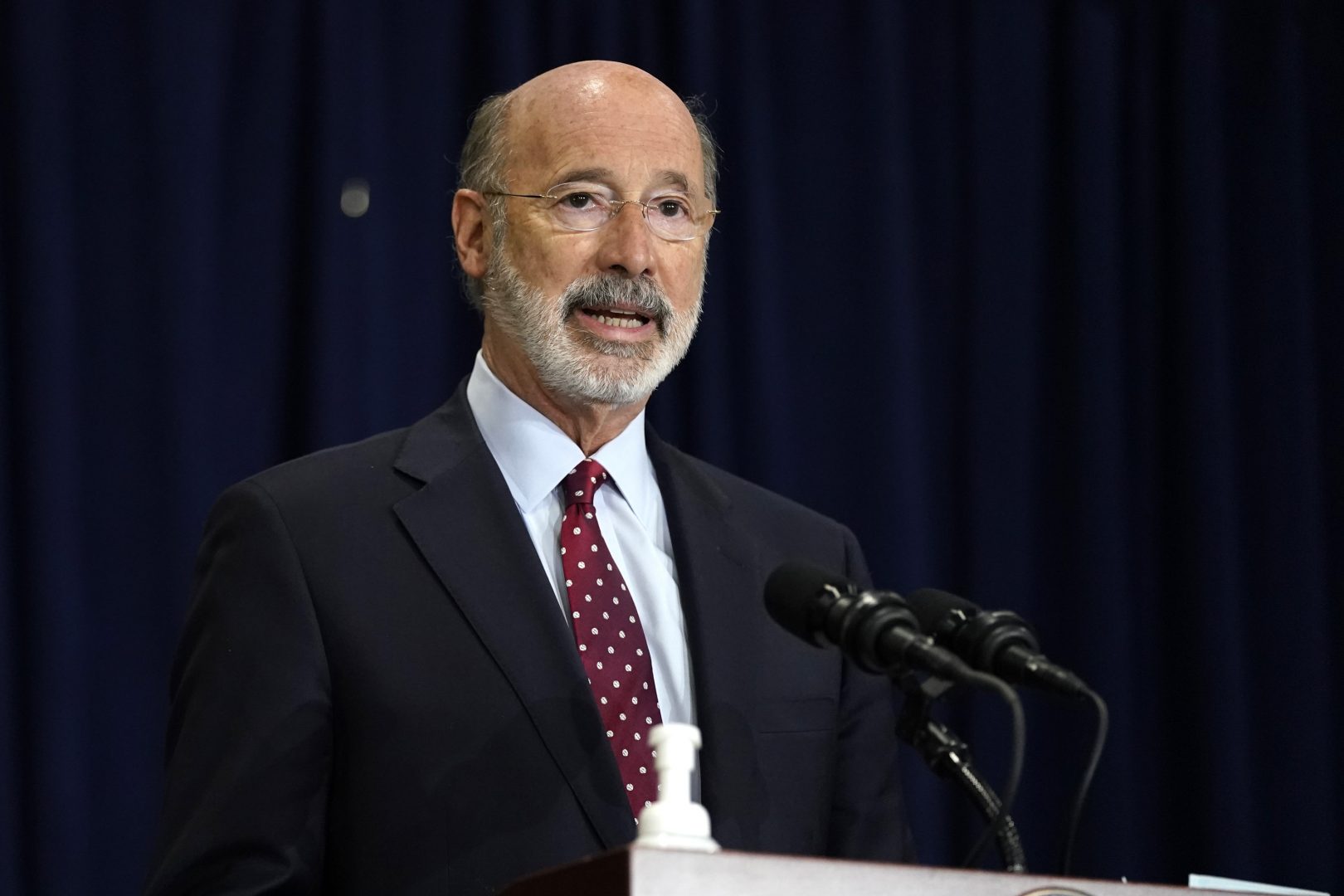 Republicans have chafed under Wolf’s COVID-19 orders for more than a year, and have tried repeatedly to take back some measure of control. But as they flex their new powers, there are still major disagreements about exactly how far those powers extend.

Because Wolf’s administration has been gradually phasing out the major components of his disaster measures, like business closures, many of the changes that the resolution would make are already moot.

But the GOP-driven resolution could have a significant effect on Wolf’s — or any governor’s — ability to re-implement those measures if the pandemic were to worsen again. And that power, coupled with conflict between GOP lawmakers and the administration over which of the governor’s powers the legislature can now curtail, could set the stage for lawsuits in the future.

What did Wolf’s emergency orders do?

Wolf first issued an emergency declaration due to the pandemic on March 6, 2020. He has repeatedly extended it since — most recently on May 20, two days after voters gave the Republican-controlled legislature power to end it.

At various points throughout the pandemic, he has issued stay-at-home orders, ordered businesses to close, shuttered schools to in-person learning, and mandated that Pennsylvanians wear masks.

There have also been less-visible changes. The emergency declaration gave the administration the ability to enter into no-bid contracts — which are typically quicker than the traditional bidding process governments use, but are also less transparent. Wolf has also halted a slew of regulations, including a requirement that people search for work in order to qualify for jobless benefits.

As COVID-19 cases have subsided and vaccination rates have improved, though, the Wolf administration has rolled back most of its rules.

Business and school closures have ended, and the administration has said it plans to get rid of its remaining occupancy restrictions on Memorial Day. Officials also pledged to reinstate work-search requirements on July 18.

What do Republicans still want to change?

When voters approved GOP lawmakers’ bid for more control over emergency orders — with amendments that passed 52% to 48% — they specifically allowed them to end all or part of any disaster declaration by a simple majority vote, and required legislative approval to extend any declaration past 21 days.

The most immediate change that would result from Republicans’ resolution would be an end to the administration’s ability to use no-bid contracts, and potentially an earlier return of work-search requirements. But the bill still includes language to repeal virtually all of the restrictions Wolf ever put in place — from business closures, to occupancy limits, to stay-at-home orders.

“Assuming that [Wolf] stays true to his word and rolls back those mitigation orders on Memorial Day, this would then prevent him, in the future, from using a disaster declaration as a means by which to reapply those,” he said.

Gottesman also notes, the amendment and resolution are designed to keep Wolf or any governor from simply restarting a new disaster declaration based on the same circumstances as a previous one curtailed by the legislature. According to the ballot measure, a new declaration can’t be “based upon the same or substantially similar facts and circumstances without the passage of a concurrent resolution of the general assembly.”

So, why is there still disagreement?

When lawmakers released their resolution aimed at curtailing Wolf’s power, he immediately cast doubt on whether it could actually work as they intended it to.

“The legislature is attempting to terminate specific actions that are not set forth in the disaster proclamation including occupancy limits, stay at home orders, and business closures,” he said in a statement. “These actions were taken subsequent to the disaster declaration.”

A spokesperson for Wolf wouldn’t comment further, saying the election results still hadn’t been certified, and therefore the constitution still isn’t formally amended. But Wolf was making an argument that he and his administration have made throughout the pandemic: that his ability to impose public health restrictions don’t just come from his emergency powers.

There are actually two provisions that govern emergency health situations in Pennsylvania.

One, passed in 1978, allows the governor to declare a “disaster emergency” and grants them broad powers. That’s the statute affected by the new constitutional amendments. But there is also a 1955 statute, the Disease Control and Prevention Law, which gives the Secretary of Health authority to prevent the spread of disease.

Bill Patton, a spokesperson for House Democrats who has puzzled through the difference with his own caucus, said he thinks the conflict comes down to different interpretations of state law.

“The word I would use is a lack of understanding,” he said. “There were assumptions made of what this vote in a primary would signify, without an understanding of which emergency measures were done under which authority.”

House Democrats, he added, have communicated with House Republicans on the question, but the two sides haven’t exchanged legal analysis.

“If they have one, we would like to see it,” Patton said.

Gottesman said as far as House Republicans are concerned, the analysis is simple.

“If you look at these orders, they all mention his authority under his emergency disaster declaration,” he said, adding that the caucus also doesn’t believe that Wolf’s COVID-19 mitigation efforts fall under the state’s Disease Control and Prevention Law at all.

The difference of opinion may never be an issue. But if Wolf or a future governor makes the case that lawmakers can’t curtail business closures, for instance, Gottesman said he can see the matter ending up in court.

“I’m not a lawyer, but I would imagine that that’s the case,” he said.

House Republicans’ proposed resolution passed out of committee this week with a 15-10 vote — before the primary election had been certified and lawmakers’ new authority was in effect.

Potential adjustments are still being tossed between the House and Senate. Both chambers return to session the week of June 7, and are expected to take up and pass the resolution then.