In this May 6, 2016, photo, Russell Eagle Bear, the historic preservation officer for the Rosebud Sioux Tribe, looks at photos and maps in his office in Rosebud, S.D., of the Carlisle Indian Industrial School in Pennsylvania. Eagle Bear led a meeting between leaders of several tribes, including the Rosebud Sioux Tribe, and representatives from the U.S. Army to address the possibility of repatriating the remains of at least 10 Native American children who died away from their homes while being forced to attend the school more than a century ago.

The U.S. Army preparing to exhume the remains of 10 Indian School students from Carlisle Barracks Cemetery

Carlisle Barracks was more than one hundred years old by the time the U.S. Army relinquished the central Pennsylvania Army post to the Department of the Interior in 1879.

What followed there became known as the Carlisle Indian Industrial School; an experiment to assimilate  American Indian children into white, American culture. It was the first government run boarding school for native children and by the time the school closed nearly forty years later, thousands of children representing more than 140 native tribes attended the school.

At the Claremont Road entrance to present day Carlisle Barracks sits the small cemetery that is the final resting place to 186 children who died while at the school. The U.S. Army has taken the mission to repatriate the remains of children who have been positively identified and whose families have requested their return. 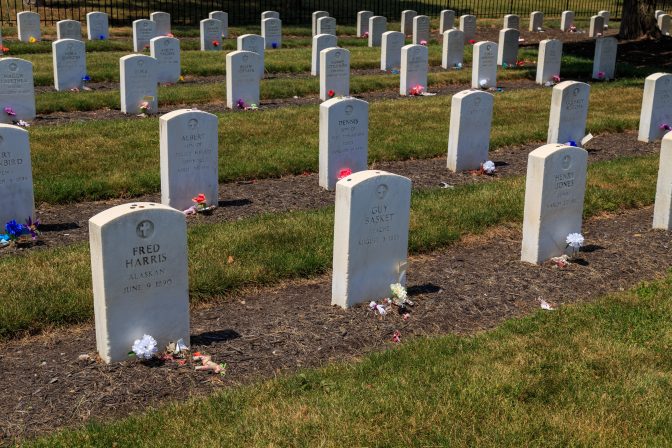 It is a painstaking process that the Army has completed three other times and will repeat again in June at the request of two Indian nations: the Rosebud Sioux Nation and the Alaskan Aleut Nation. In total, the Army will exhume the remains of ten students.

Renea C. Yates is the Director of the Office of Army Cemeteries and she appears on Smart Talk Wednesday to share details of the plan. Joseph Cress is an historian and education reporter with the Sentinel and he will join the conversation to offer details about the students who are buried in the cemetery. 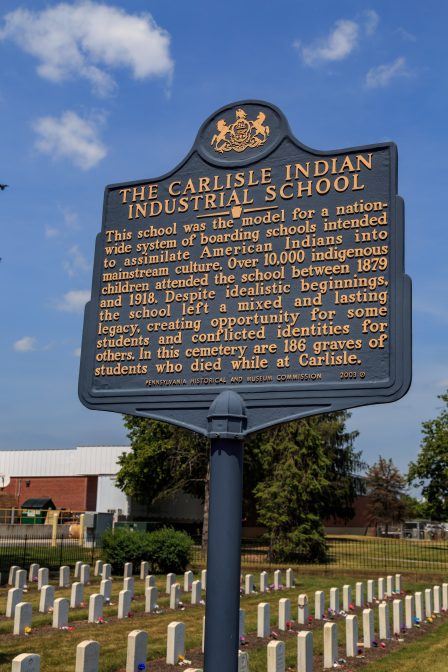 Carlisle, PA, USA – June 26, 2016: The Historic Marker at the gravesite of Native Americans that attended the Carlisle Indian Industrial School.