After saying he didn’t want to litigate 2020 election, Parnell says he supports audit of Pennsylvania results

Parnell was a guest on Steve Bannon’s podcast, where he spoke warmly of a controversial GOP-driven review of ballots in Arizona, and backed a “forensic audit” of the 2020 election in Pennsylvania. 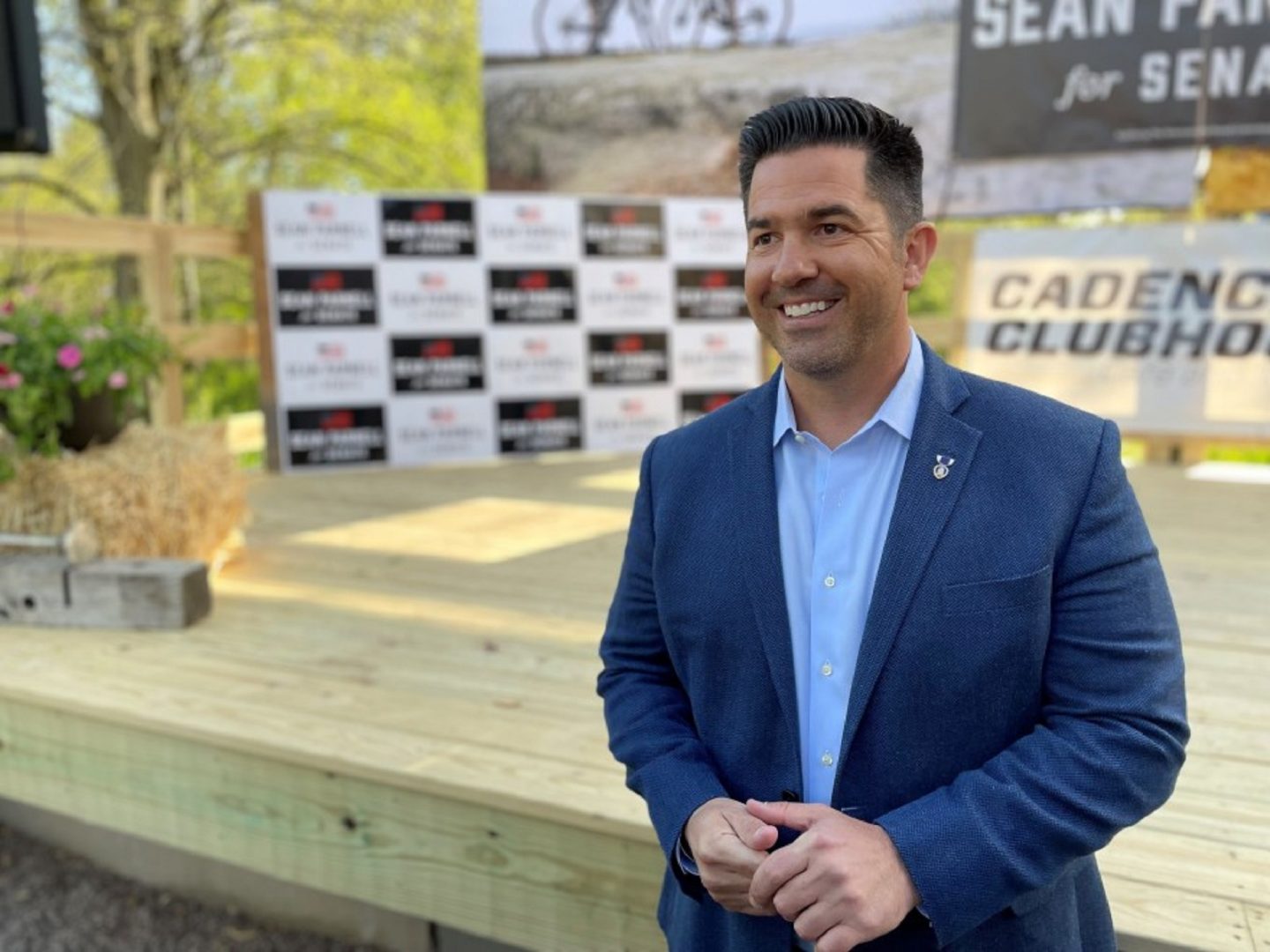 (Pittsburgh) – Republican Sean Parnell hopes to win the U.S. Senate race in 2022, but it’s not clear whether he believes Pennsylvanians should trust the outcome of the last major election. Just a few weeks after saying he didn’t want to relitigate past results, he said on a conservative podcast that he supported a “forensic audit” of the 2020 election in Pennsylvania.

When Parnell announced his Senate campaign, he was asked by reporters if he believed the 2020 election was stolen, and said he didn’t “want to relitigate 2020. We did everything we could, we fought our hearts out, and at the end of the day, Joe Biden’s sitting in the White House. So right now I’m laser-focused on winning Pennsylvania in 2022.”

But less than two weeks later, Parnell was a guest on Steve Bannon’s podcast, where he spoke warmly of a controversial Republican-driven review of ballots in Arizona, and backed a “forensic audit” of the 2020 election in Pennsylvania.

“Absolutely I’d support that,” he said on the May 21 episode of “Bannon’s War Room.” “I would have supported a forensic audit – in fact I would have welcomed it – after President Trump won in 2016. And I would support an audit after Joe Biden. … [T]his is about people trusting in the results of an election. And if an audit, a forensic audit after 2016 could have prevented this country from having to go through four years of a Russia hoax spent with taxpayer dollars, I would have welcomed an audit then and I welcome one now.”

There is no evidence of any widespread voter fraud in the 2020 election, and the Arizona audit has been denounced even by some Republicans. It is also not clear how an audit of 2016 would have precluded investigations into Russian influence, which focused on attempts to shape public opinion through hacking Democratic Party computers and other efforts.

A spokesman for Parnell’s campaign said Tuesday that Parnell hadn’t changed his position on the 2020 campaign since his campaign kickoff. “Doing an audit isn’t the same thing as litigating the 2020 election,” said Parnell spokseman Chris Pack, who repeated that Parnell supports audits in every election.

“The sad reality is that Democrats have full control of the federal government and collectively they are destroying America,” said Pack. “That is why Sean is focused on the battle ahead – which is bringing an end to full Democrat control of Washington.”

The campaign did not answer when asked if Parnell trusts the result of the 2020 election, but Pennsylvania Democrats criticized Parnell’s support of an audit Tuesday.

“Clearly failed congressional candidate Sean Parnell can’t move past the 2020 election and respect that the people of Pennsylvania didn’t want him to represent them,” said state party communications advisor Jack Doyle said in a statement Tuesday. “This Republican primary is already filled with fringe conspiracies and MAGA purity tests instead of the issues that Pennsylvanians actually care about.”

Parnell first ran for Congress last year as a Trump-like candidate against Democrat Conor Lamb, hoping to represent the Allegheny County suburbs and Beaver County in the U.S. House of Representatives. He lost by about 10,000 votes. On the May 21 podcast, Bannon appeared to cast doubt on that result as well, saying “there was a lot of controversy about even your race against Conor Lamb” and “we have not really gotten to the bottom of it.”

Bannon gave no basis for the claim, and Parnell did not respond directly to it, other than saying, “this isn’t about me.”

But Parnell joined Congressman Mike Kelly in a post-election legal bid to toss out mail-in ballots cast in Pennslyvania last year. And at the time of his May 11 campaign kickoff, Parnell’s 2020 campaign website was still raising money for an “election defense fund.” When asked at the kickoff if he planned to continue those efforts, he said that he had faith in the Republican-controlled state legislature and supported the work several committees have done on election integrity.

However, he did say he wished Act 77 (the 2019 law passed by Republicans in the state legislature allowing for universal mail-in voting) had been a constitutional amendment, which would have allowed Pennsylvanians to vote on the measure. He also said he was frustrated by court decisions last year that, among other things, extended deadlines for mail-in ballots to be received by election officials to compensate for delays from the U.S. Postal Service.

“Fifty percent of the people in this state had concerns about how 2020 was conducted,” Parnell said. “Not even alleging things like voter fraud, I’m talking about unilateral changes made to election law 60 days out made by Gov. Wolf and Sec. Boockvar that I think wove chaos into the system.”