FILE PHOTO: A row of signs advertising jobs are posted in front of a Burger King restaurant, Thursday, May 21, 2020, in Harmony, Pa. 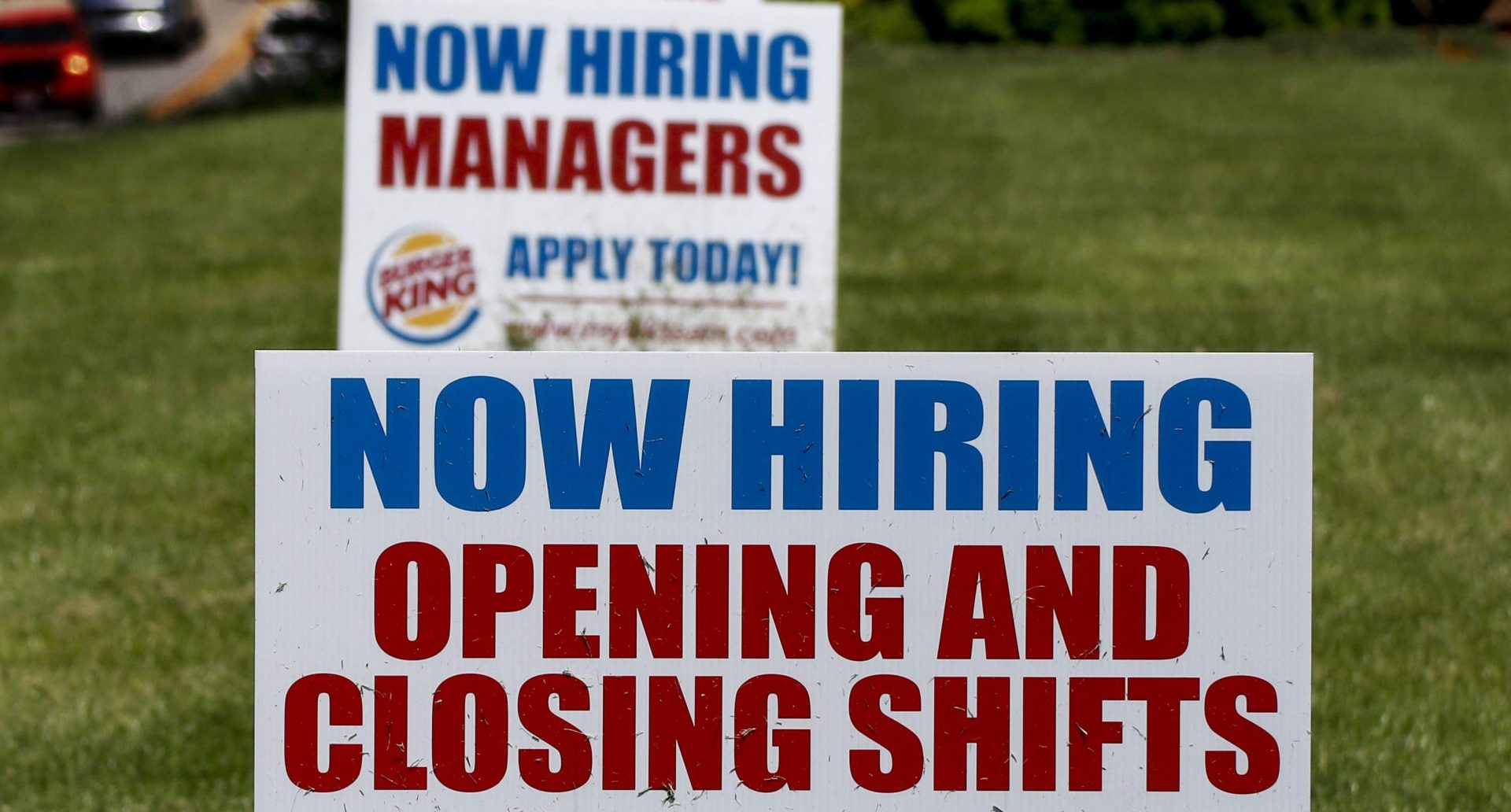 FILE PHOTO: A row of signs advertising jobs are posted in front of a Burger King restaurant, Thursday, May 21, 2020, in Harmony, Pa.

The figures come out as employers report that they are struggling to find workers to hire.

Pennsylvania’s unemployment rate rose one-tenth of a percentage point to 7.4%, the state Department of Labor and Industry said.

That was more than a whole point above the national rate of 6.1% in April.

In a survey of households, the labor force remained virtually the same in April, at just below 6.34 million, as the number of employed fell by 2,000 and the number of unemployed rose by 4,000. The state hit a record high labor force of almost 6.6 million just before the pandemic hit.

In a separate survey of employers, payrolls in Pennsylvania slid in April by 4,400, to below 5.67 million.

Pennsylvania has regained about 60% of the 1.1 million jobs lost in the pandemic. It hit a record high for payrolls of 6.1 million just before the pandemic hit, according to state figures.

The construction and financial services sector led the gainers, while the trade, transportation and utilities sector and professional and business services sectors lost the most jobs.