Social distancing and COVID-19 guidelines are posted at the Pennsylvania Capitol in Harrisburg, Pa., Monday, March 22, 2021.

This massive review is fueled by Tuesday's referendum in which voters became the first in the nation to curb their governor’s emergency powers.

(Harrisburg) — With voters shifting major new responsibilities to them, Pennsylvania’s state lawmakers are now tasked with deciding whether hundreds of state government regulations waived during the COVID-19 pandemic should be reinstated.

This massive review is fueled by Tuesday’s referendum in which voters became the first in the nation to curb their governor’s emergency powers, approving constitutional amendments that will give lawmakers much more power over disaster declarations.

A key component of a disaster declaration is a governor’s authority to waive a regulation, and one waived regulation that Republicans want restored is the work-search requirements for people claiming unemployment benefits.

On Thursday, Gov. Tom Wolf renewed the disaster declaration, his fifth straight in response to the coronavirus.

If the provisions of the constitutional amendments approved Tuesday apply to it, Wolf’s new disaster declaration will expire in three weeks. Before Tuesday, an emergency declaration by a governor could last for up to 90 days and be extended without limit.

That could leave lawmakers in charge of deciding whether to extend the whole declaration past its expiration on June 9, including the work-search requirement. 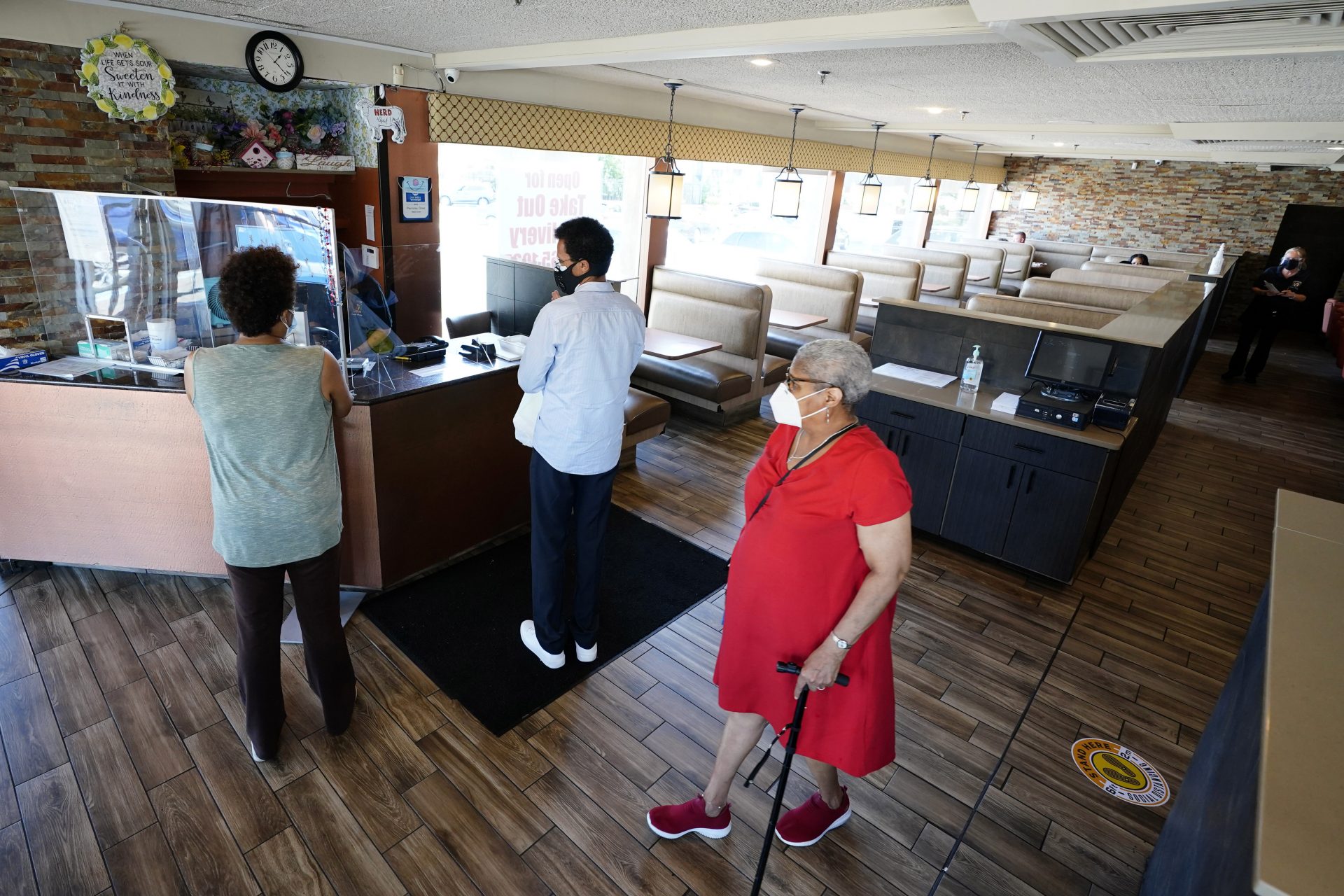 FILE PHOTO: Patrons wait to check out after eating indoors at the Penrose Diner during the coronavirus pandemic, Tuesday, Sept. 8, 2020, in Philadelphia.

“The decision that we face now is, ‘do we extend and renew the disaster declaration in whole, in part or not at all,’” said Jason Gottesman, a spokesperson for House Majority Leader Kerry Benninghoff, R-Centre.

Even though Wolf opposed the constitutional amendment, he pledged to work together with lawmakers. Lawmakers were still getting information Thursday from state agencies about which regulations were waived and why.

In recent months, the Wolf administration has secured bipartisan support for aspects of the COVID-19 vaccine rollout and measures to stem the spread of the virus through working with a task force that has appointees from each party in each legislative chamber.

A task force would have its work cut out.

The suspended regulations cover a wide swath of government requirements, everything from training and inspections to the rights and living standards of people in group homes and children in foster care.

At the Department of Labor and Industry, regulations were suspended related to boiler inspections, asbestos removal and the safety of stuffed animal toys.

The Health Department granted medical marijuana dispensaries the ability to fulfill orders with curbside delivery while the Department of State gave funeral directors more time to process corpses in case of a COVID-19-related surge. 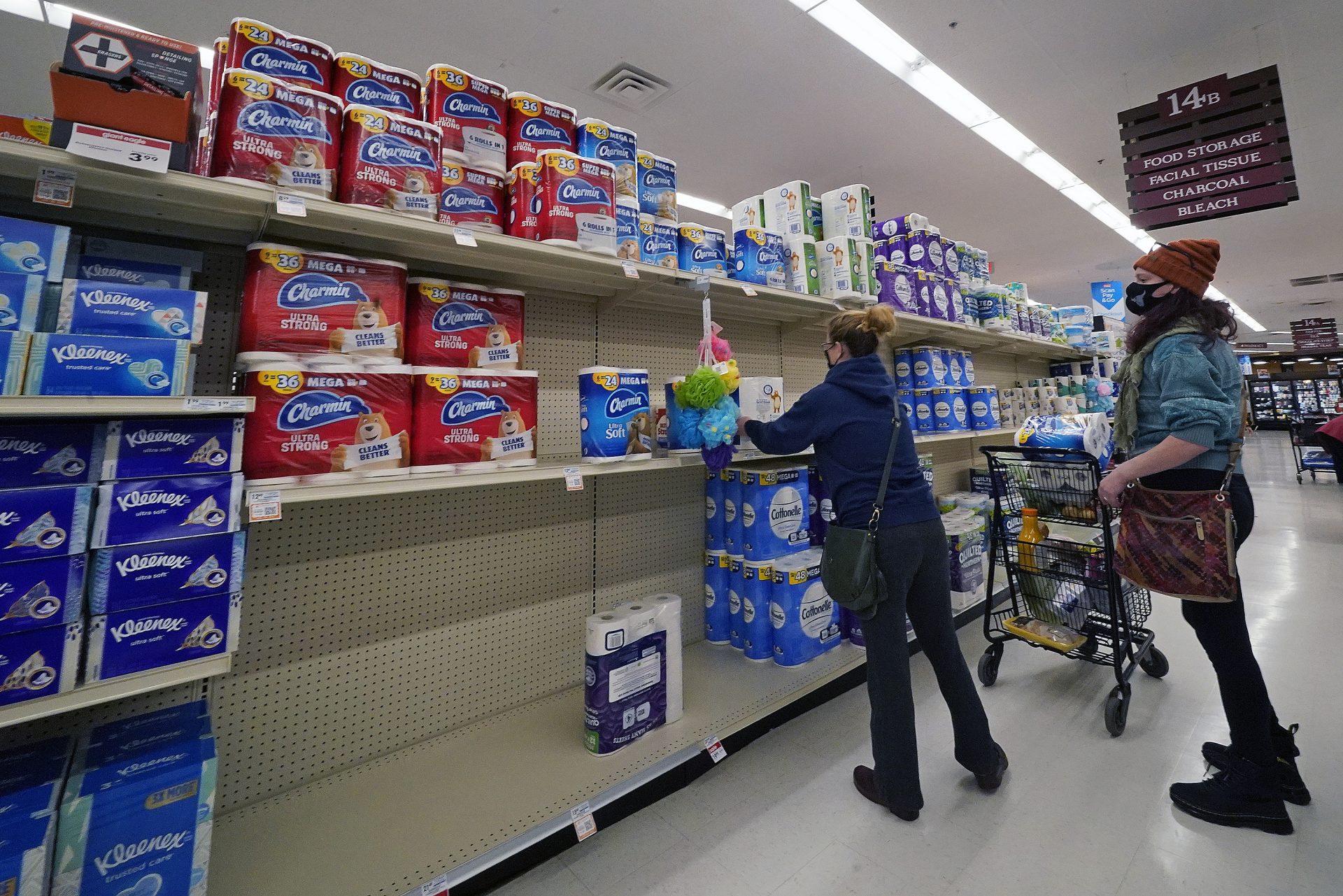 Wolf has said that orders aimed at stemming the spread of the virus are unaffected by the constitutional amendments, although Republicans have urged Wolf to speed up the expiration of his last remaining measures.

Also still in force is a mask-wearing mandate for the unvaccinated that tracks federal guidance, until 70% of adults are vaccinated.