Philadelphia Health Commissioner Dr. Thomas Farley speaks at a press conference ahead of the opening of the Esperanza Community Vaccination Center in North Philadelphia on April 9, 2021.

“This action lacked empathy for the victims, their family, and the deep pain that the MOVE bombing has brought to our city for nearly four decades."

(Philadelphia) — Thomas Farley has resigned as Philadelphia’s health commissioner due to his involvement in the mishandling of remains of the victims in the 1985 MOVE bombing.

His departure comes less than a month after news broke that a set of remains thought to be 12-year-old Tree Africa and 14-year-old Delisha Africa, who both died when the City of Philadelphia dropped a bomb on the MOVE headquarters in West Philadelphia, were held at both the University of Pennsylvania and Princeton University for decades and studied by their anthropology and archaeology departments, without their family’s knowledge.

May 13, the day of the announcement of Farley’s resignation, which is effective immediately, is the 36th anniversary of the MOVE bombing.

In a statement, Mayor Jim Kenney said he learned of a “very disturbing incident” that happened during the first term of his administration, where Farley had learned of remains found by the Medical Examiner’s Office that belonged to the bombing victims. Upon discovering them, Farley had the remains cremated and disposed of, rather than returning them to the family.

It’s unclear if these are the same remains that Princeton and Penn had in their possessions.

“This action lacked empathy for the victims, their family, and the deep pain that the MOVE bombing has brought to our city for nearly four decades,” Kenney said in a statement. 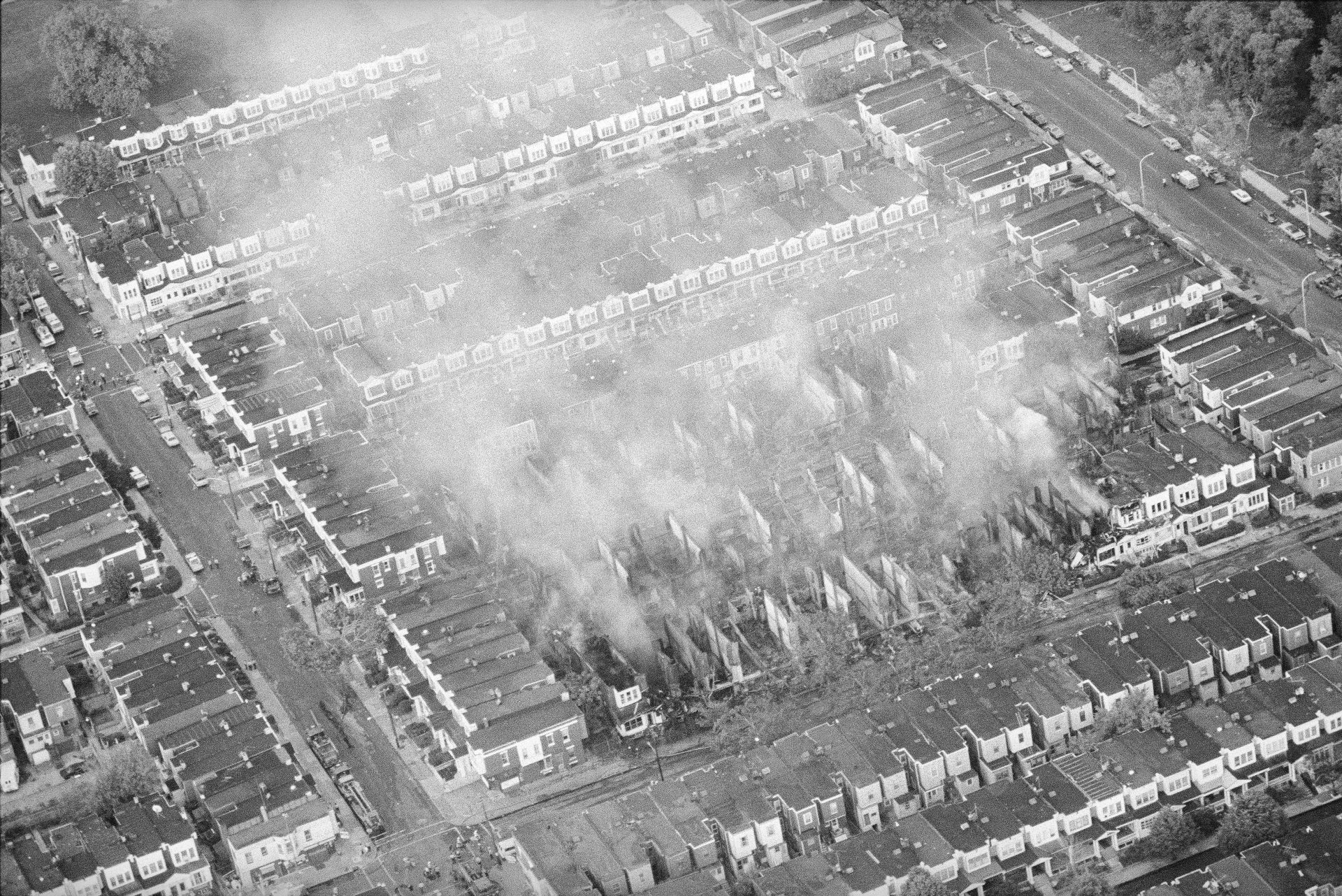 FILE PHOTO: Smoke rises from the ashes of a West Philadelphia neighborhood in this May 14, 1985 photo, the morning after a siege between Philadelphia police and members of the radical group MOVE left 11 people dead and 61 homes destroyed.

Dr. Cheryl Bettigole, the director of the Health Department’s Division of Chronic Disease and Injury Prevention, has been appointed acting health commissioner. Kenney said the city will conduct a national search to fill Farley’s role for the remainder of his administration.

Medical Examiner Dr. Sam Gulino has also been put on administrative leave, pending the results of an investigation. The city has retained law firm Dechert LLP to conduct a full review to “present a complete picture that’s been missing for far too long” to bring closure to the victims’ families.

In his statement, Kenney said that he met with members of the Africa family earlier on Thursday prior to publicizing Farley’s resignation. He said he apologized for the mishandling of their relative’s remains, and for how the City of Philadelphia has treated MOVE for the last 50 years.

“I cannot imagine that it means much, but I also offer a formal apology to the Africa family and members of the Movement on behalf of the City of Philadelphia, not just for this disgraceful incident, but also for how administration after administration has failed to atone for the heinous act on May 13, 1985, and continues to dishonor the victims,” Kenney said. “I am profoundly sorry for the incredible pain, harm, and loss caused by that horrific day.”

The mayor said the team investigating will review the handling — and mishandling — of all remains of every person who died in the MOVE bombing. Individuals involved in the investigation will be approved by the Africa family.

“Today marks 36 years since eleven Black Philadelphians — including children — were killed by their own government. We cannot rewrite history, but we pledge to use this recent revelation as an opportunity to pay dignity and respect to the victims, their families, and all Philadelphians who have suffered because of the MOVE bombing. We are actively engaging local stakeholders on appropriate and meaningful ways to commemorate MOVE, and we will share more on our plans in the coming weeks.”