Rep. Liz Cheney, R-Wyo., front, listens as President Joe Biden speaks to a joint session of Congress Wednesday, April 28, 2021, in the House Chamber at the U.S. Capitol in Washington.

In voice vote, GOP ousts Liz Cheney from leadership over her criticism of Trump’s election lie

"I will do everything I can to ensure that the former president never again gets anywhere near the Oval Office," the congresswoman said after the vote. 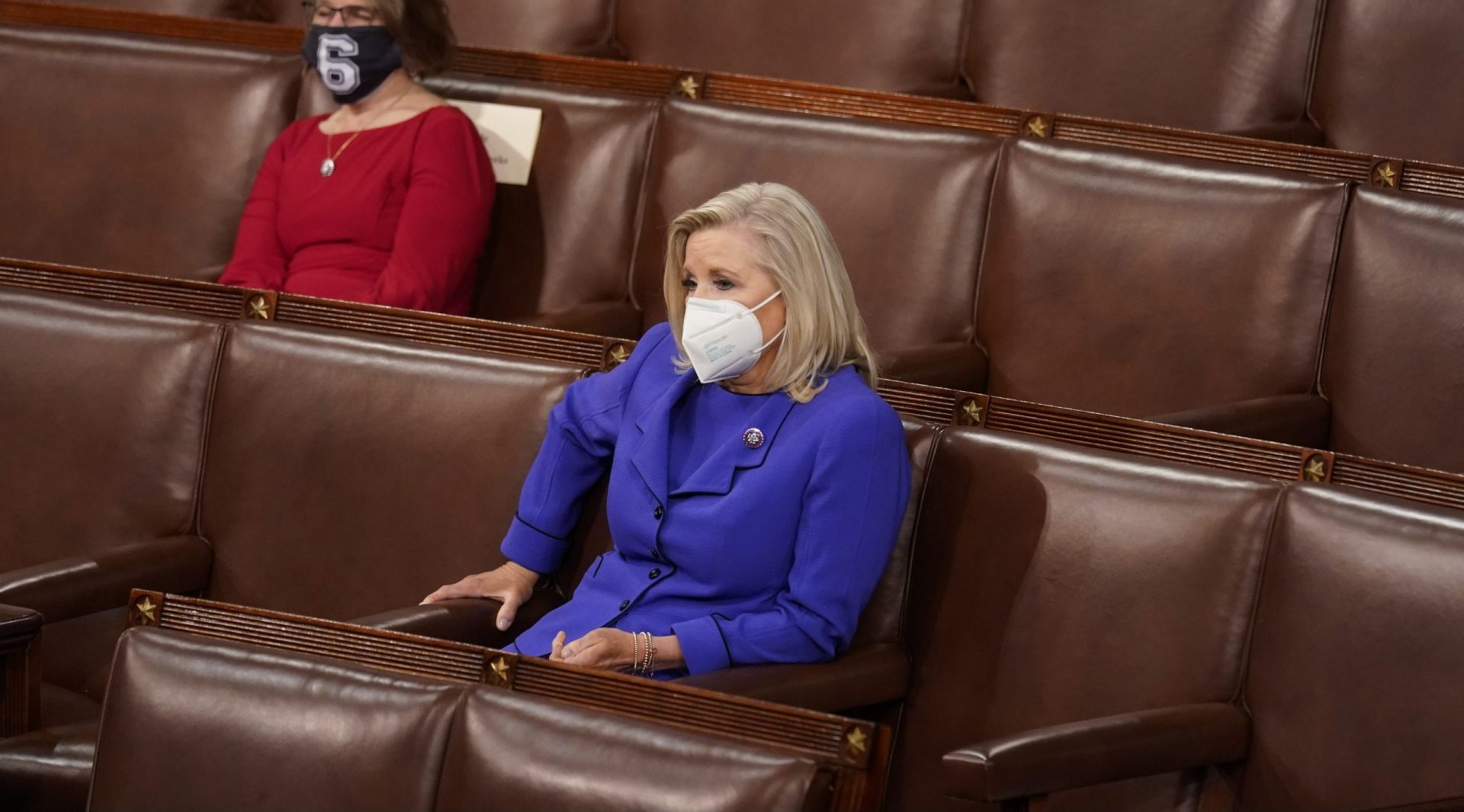 Rep. Liz Cheney, R-Wyo., front, listens as President Joe Biden speaks to a joint session of Congress Wednesday, April 28, 2021, in the House Chamber at the U.S. Capitol in Washington.

(Washington) — House Republicans have removed Rep. Liz Cheney of Wyoming as conference chair in retaliation for her unyielding criticism of former President Donald Trump, his continued false claims of a stolen election, his role in the Jan. 6 riot and his future in the Republican Party.

“I will do everything I can to ensure that the former president never again gets anywhere near the Oval Office,” Cheney told reporters after her ouster, which was done by a voice vote.

The move marks the second time this year that Cheney faced a vote from her fellow House Republicans to remove her as conference chair. But this time, she didn’t have the support of top Republicans such as House Minority Leader Kevin McCarthy, who openly endorses a candidate to supplant her.

Cheney’s ouster, which was widely expected, marks the end of her rise in the Republican Party — an ascent that began shortly after her election to the House in 2016. Cheney was among the most conservative members of Congress: She espoused traditional Republican views on foreign policy and national security, the economy and social issues. But the Trump presidency, and her criticism of the president and her vote to impeach him, turned her party against her. 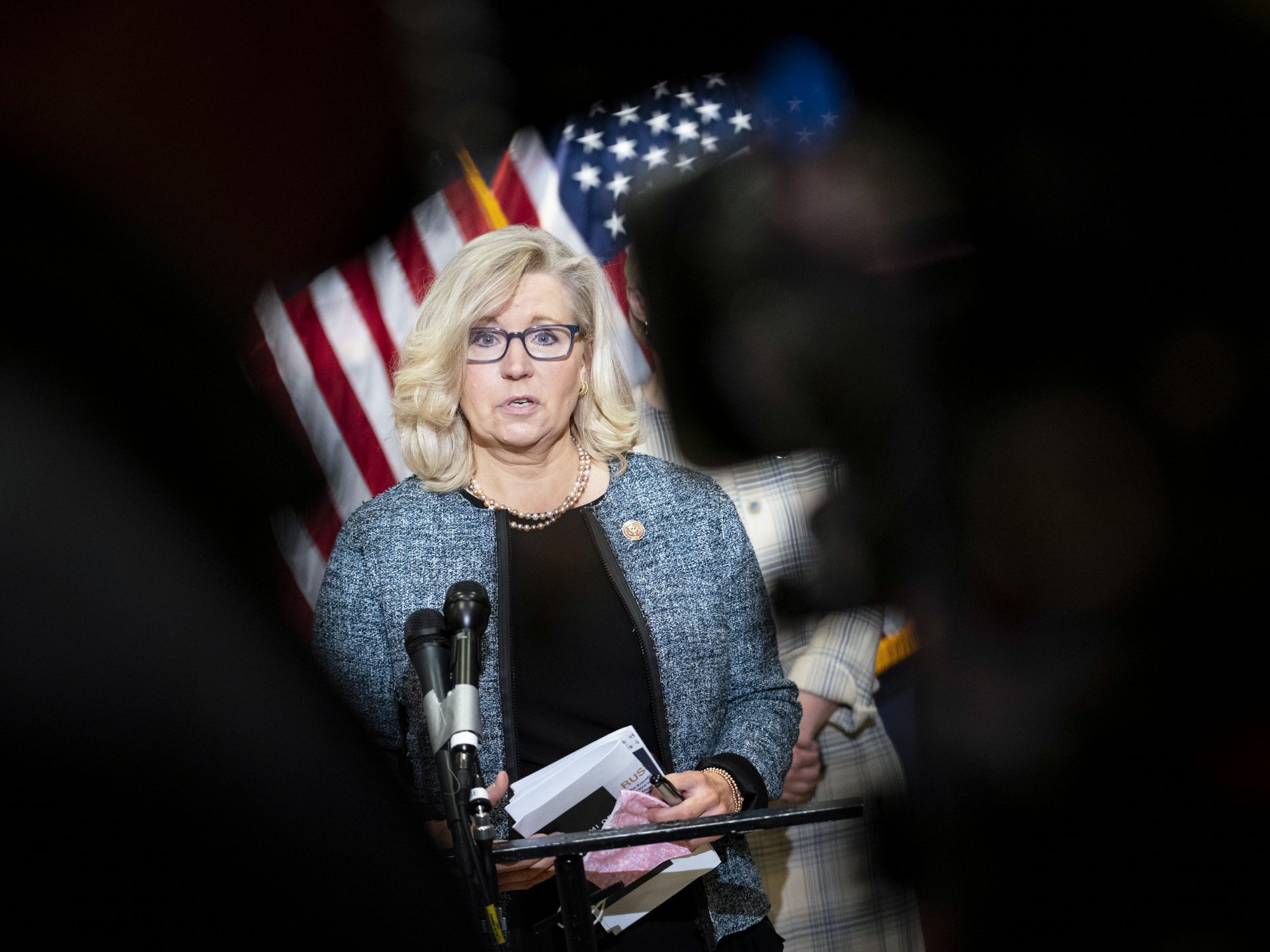 Support for Rep. Liz Cheney, seen here on April 20, is crumbling as the second-ranking House Republican is publicly supporting her ousting from GOP leadership.

Still, after her ouster Wednesday, Cheney appeared undeterred, telling reporters that the nation needs a strong GOP — and that she planned to lead it.

“The nation needs a party that is based upon fundamental principles of conservatism, and I am committed and dedicated to ensuring that that’s how this party goes forward, and I plan to lead the fight to do that,” she said.

But first she has to contend with her own role in the party. McCarthy, who helped Cheney thwart a vote to remove her from House GOP leadership in February, sent a letter Monday to rank-and-file Republicans announcing a conference vote Wednesday on Cheney’s position.

“If we are to succeed in stopping the radical Democrat agenda from destroying our country, these internal conflicts need to be resolved so as to not detract from the efforts of our collective team,” he wrote. “Having heard from so many of you in recent days, it’s clear that we need to make a change.”

The “internal conflicts” he references stem from former Trump’s repeated false statements that the 2020 election was rigged against him, as well as the former president’s role in the Capitol insurrection on Jan. 6.

In Tuesday night remarks on the House floor, Cheney pointedly criticized Trump and accused him of fomenting the deadly insurrection.

“Today, we face a threat America has never seen before: A former president who provoked a violent attack on this Capitol, in an effort to steal the election, has resumed his aggressive effort to convince Americans that the election was stolen from him,” Cheney said.

“He risks inciting further violence,” she continued. “Millions of Americans have been misled by the former president. They have heard only his words, but not the truth, as he continues to undermine our democratic process, sowing seeds of doubt about whether democracy really works at all.”

Freedom only survives if we protect it. We must speak the truth. The election was not stolen. America has not failed. pic.twitter.com/H4KrMxkPdy

Cheney added: “I will not sit back and watch in silence, while others lead our party down a path that abandons the rule of law and joins the former president’s crusade to undermine our democracy.”

Trump has cheered Cheney’s ousting and on Wednesday morning issued a statement saying House Republicans “have a great opportunity today to rid themselves of a poor leader, a major Democrat talking point, a warmonger, and a person with absolutely no personality or heart!”

After her ouster, he issued another statement, mere hours after the first one, calling Cheney a “bitter, horrible human being.”

Cheney has been steadfast in her criticism of Trump, publicly arguing he has no place in the present or future of the party. That’s at odds with the majority of House Republicans, including McCarthy, who are counting on Trump’s support to help them win back the House next year. 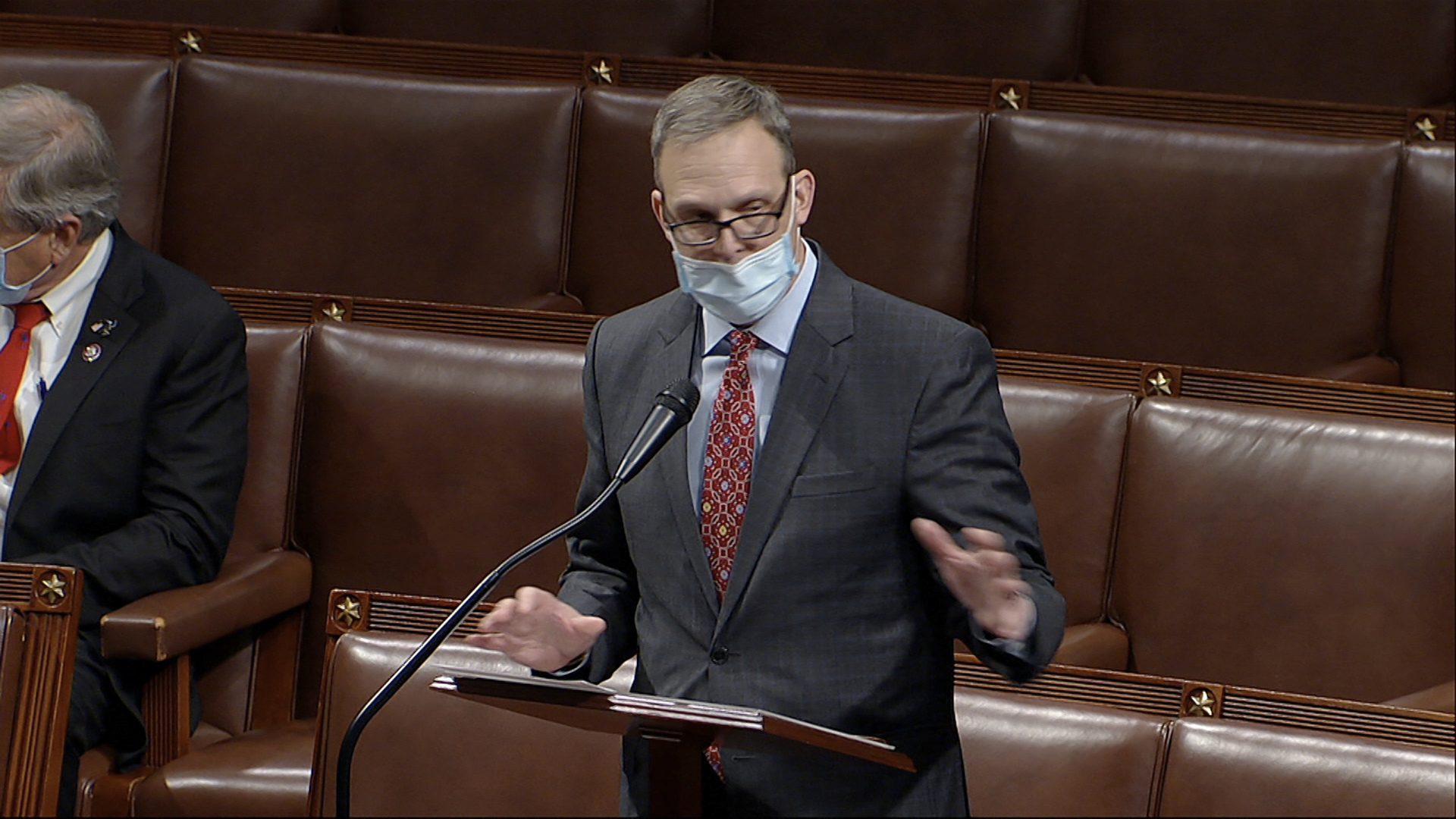 Republicans argue that Cheney’s position on the former president puts her out of step with the GOP conference, which makes her job to carry out party messaging untenable.

Trump ally Sen. Lindsey Graham, R-S.C., put it succinctly when he told Fox’s Sean Hannity that “the people who try to erase [Trump] are going to wind up getting erased.”

Cheney acknowledged the blowback in a recent op-ed in The Washington Post but argued that fidelity to the Constitution and democracy is worth any political repercussions she might face.

Stefanik is a moderate-turned-Trump loyalist who became a national star during Trump’s first impeachment hearings. She joined 138 House Republicans in voting to object to the Electoral College counts in Pennsylvania and has the support of Trump.