There have been, on average, 10 mass shootings in the U.S. each week this year

(Washington) — When a man walked into a birthday party in Colorado Springs, Colo., over the weekend, killing six people and then himself, it was the deadliest mass shooting in the state since March, when a rampage at a grocery store left 10 people dead.

The tally comes from the Gun Violence Archive, which defines a mass shooting as an incident in which four or more people are shot or killed, excluding the shooter. The full list can be found here.

While a rise in gun sales and divergence of some public health funding could be linked to the spike in gun violence in recent months, experts say it can be a challenge to isolate any single cause. And advocates against gun violence lament the limited legislative response from Washington so far.

Here are the 11 attacks that took place just this weekend alone:

Colorado Springs, Colorado
A man opened fire at a birthday party in a mobile home park on the east side of Colorado Springs shortly after midnight, slaying six adults before killing himself. Children at the scene were unharmed, police said.

Newark, New Jersey
Two men and two women were shot on a street in Newark on Sunday afternoon, Newark police said. All four were reported to be in stable condition.

Phoenix
A group of people attending an event at a Phoenix hotel got into an argument that led to gunfire. Police didn’t say what prompted the argument. One man was killed and seven others were wounded in the shooting, the Arizona Republic reported. 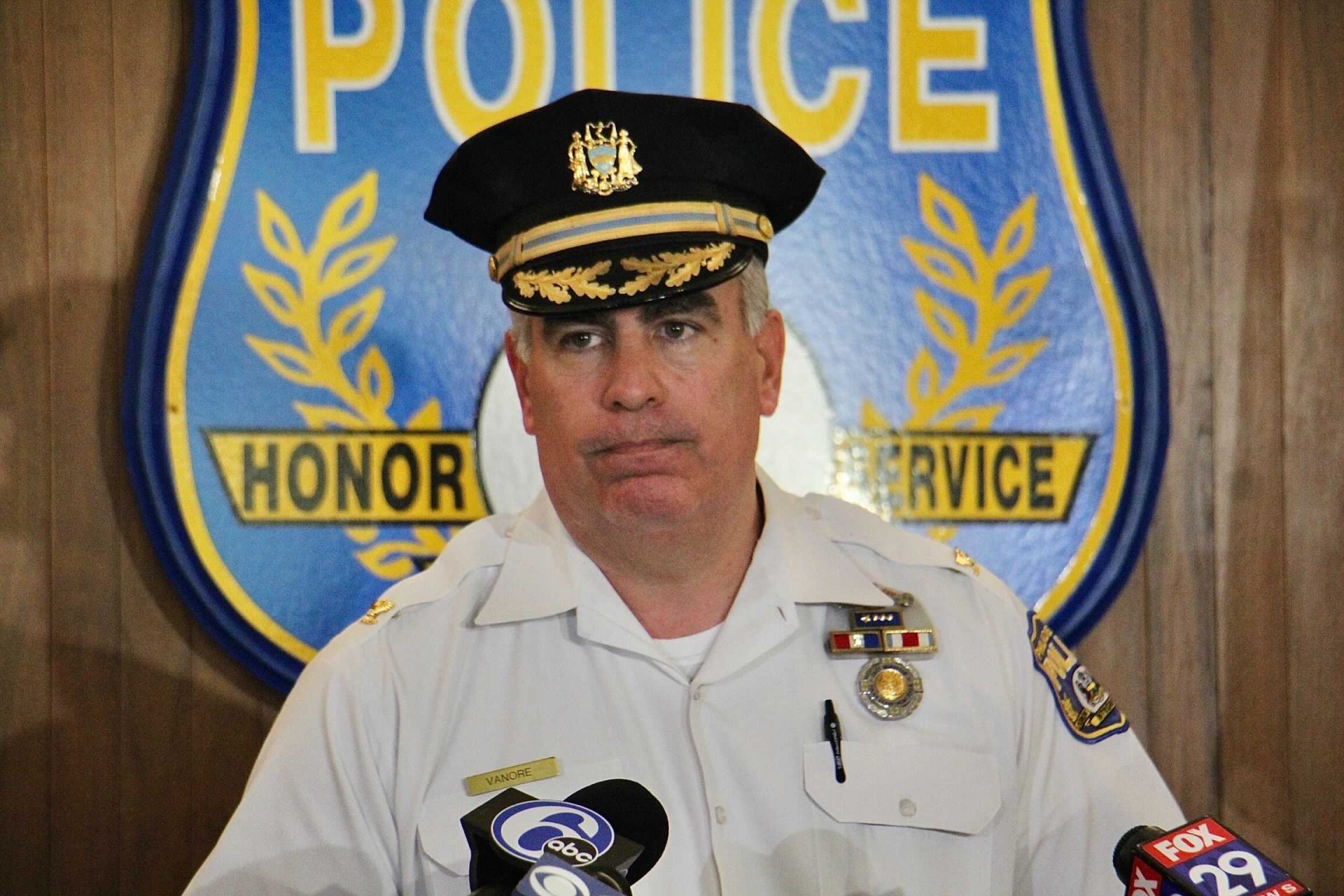 Chief Inspector Frank Vanore lays out the details of a violent weekend in Philadelphia. Twenty-five people were shot in 14 separate incidents. Seven of the victims died.

A shooting in the Olney neighborhood on Sunday afternoon left two people dead — a 17-year-old male and a 23-year-old-male — and injured three others, The Philadelphia Inquirer reported, citing police.

Four people were struck by gunfire after fights broke out at a bar in Citrus Heights, a city in Sacramento County, according to The Sacramento Bee.

Oakland, California
Someone fired shots at a group socializing at a lagoon in Oakland, injuring four people. Bullets also struck nearby buildings and parked cars, according to the East Bay Times.

Detroit
Four people were shot in an alley behind a building early Saturday morning. Their injuries were non-life threatening.

Compton, California
Compton Sheriff’s deputies heard shots fired and found two gunshot victims on Saturday. They were both pronounced dead at the scene. Soon after, deputies learned that two other gunshot victims had been taken to a hospital, one in critical condition.

Woodlawn, Maryland
A man set his home on fire, forced his way into his neighbor’s home, and shot and stabbed them, police said. He also allegedly shot two more neighbors as they came out of their home in the attack that took place just outside Baltimore. The attack claimed three victims, and the suspect also died after he was shot at by police. 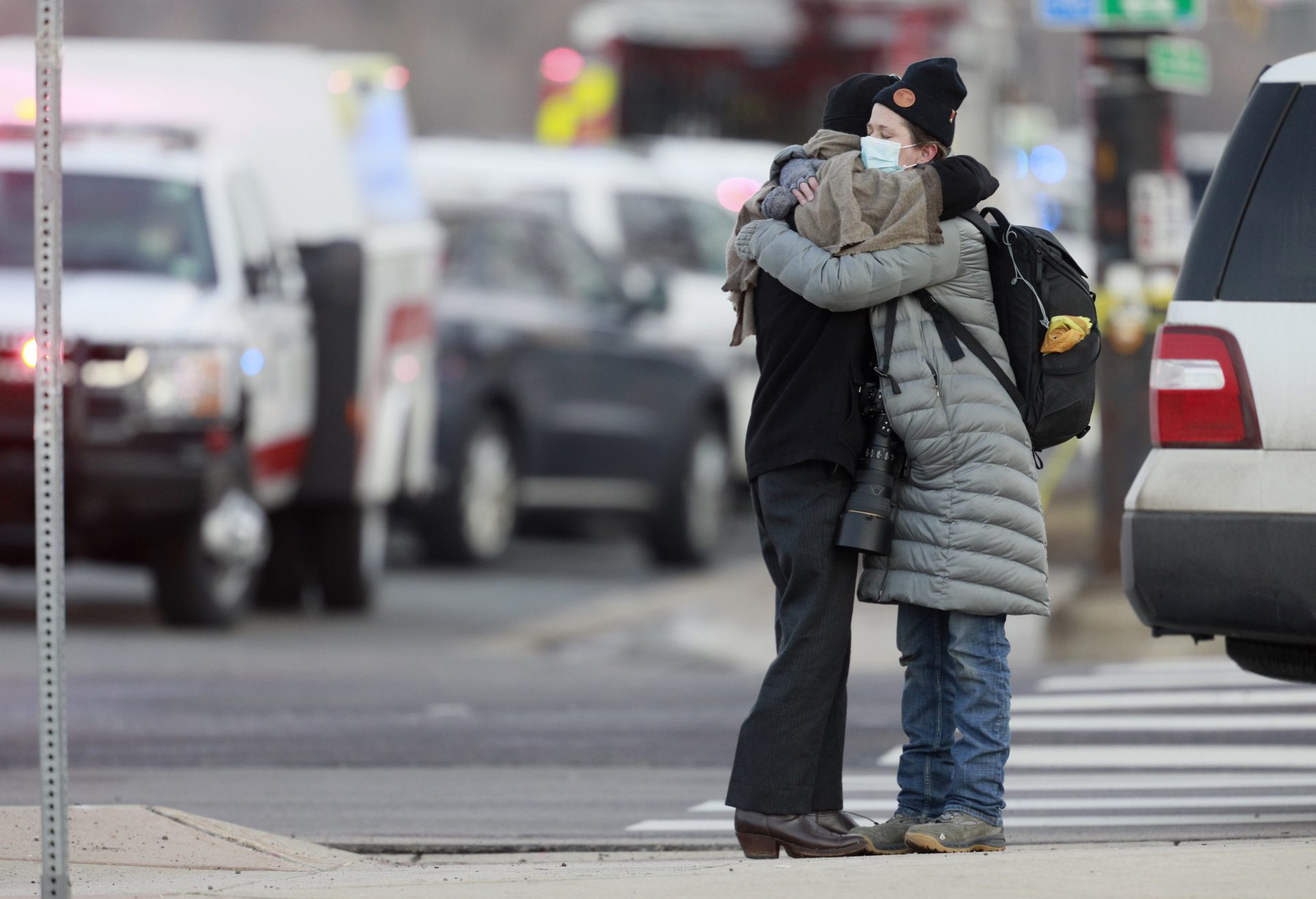 Women hug on the corner of Broadway and Table Mesa Drive near a King Soopers grocery store where a shooting took place, Monday, March 22, 2021, in Boulder, Colo.

Four people were injured in a shooting Saturday afternoon. The victim ranged in ages from 23 to 45. They are expected to survive. Police have arrested two men in connection with the shooting.

St. Louis
Two people were killed and three others injured in a shooting at a park Friday night, the St. Louis Post-Dispatch reported.