Meet the candidates in a crowded Lebanon City judicial race

District judges can hold major influence over people’s lives. They rule on eviction cases, set bail, and decide whether to throw out criminal cases or send them to common pleas courts. 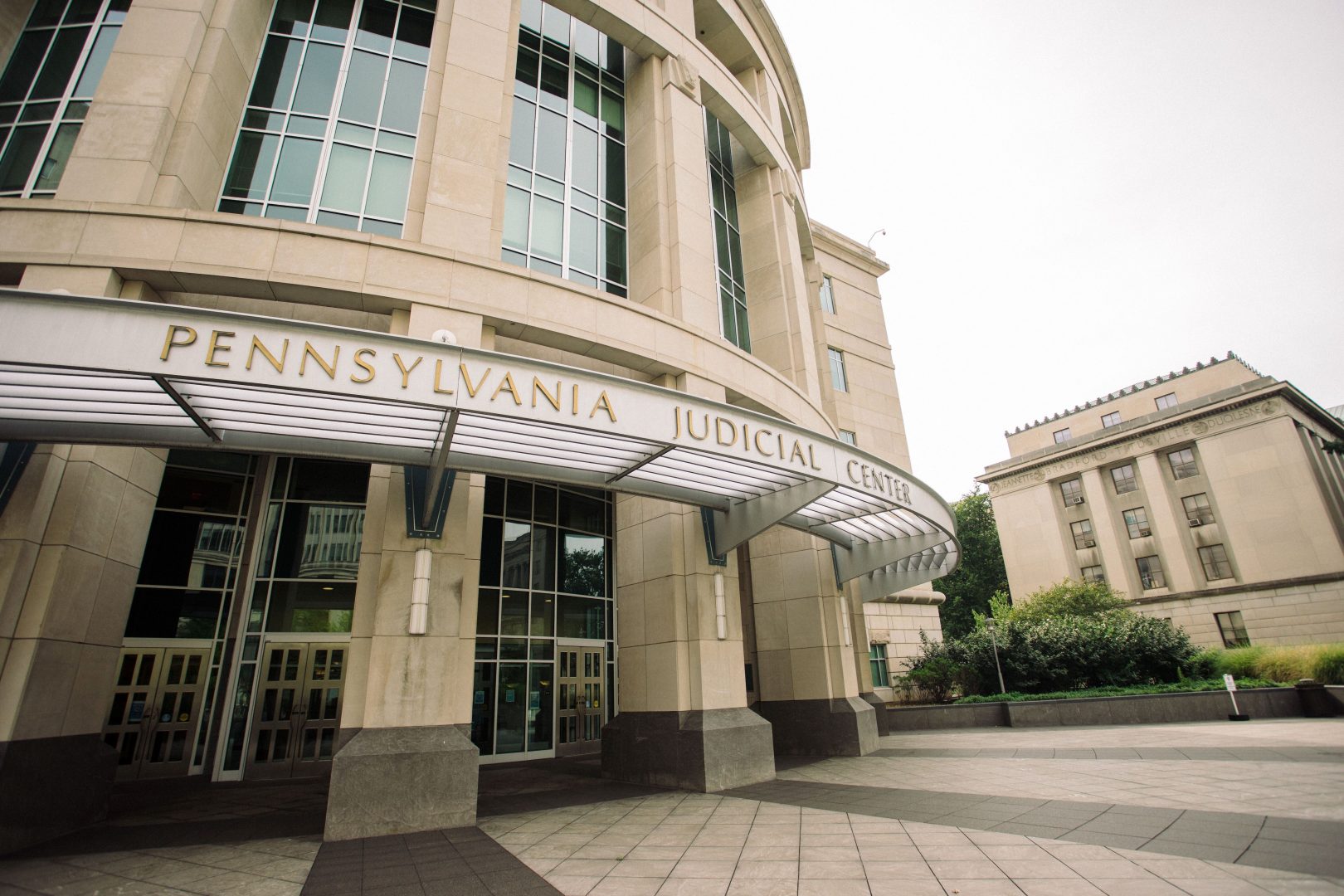 (Lebanon) – For most of the last decade, candidates for Magisterial District Judge in Lebanon County have run unopposed in primaries and general elections, with maybe two dozen votes swept into the write-in category.

But as the first layer of the court system, district judges can hold major influence over people’s lives. They rule on eviction cases, set bail, and decide whether to throw out criminal cases or send them to common pleas courts.

This year there is one district where ballots for the May 18 primary are more reflective of the weight of these decisions. Five candidates are vying for a seat in the northeast section of the city of Lebanon. The race is touching on issues as specific as scheduling and as personal as court cases can be.

Candidate James Capello a Republican, but cross-filed, or signed up to run on both the GOP and Democratic ballots.

He initially accepted an interview request but did not respond to messages seeking to schedule one.

In a minute-long announcement video posted to Facebook, the former constable, booking agent, and Lycoming County narcotics detective said he is qualified for the job, noting he attained the judicial certification required of district judges.

“The citizens that I would represent in Lebanon City deserve to have a fair and impartial judge serve them, and it’s my promise to do so,” he said.

Capello is the son of Republican Lebanon Mayor Sherry Capello. In a paid advertisement on the local news site Lebtown, he wrote about growing up in Lebanon and watching his adoptive father Thomas Capello in his work. The former district judge left open the seat in question when he retired in 2020.

Some in the community have been thinking about the empty seat for a while. Last summer, when campaigning for the presidential election was still ramping up, a firm called NAL consulting released a digital ad seeking Democrats to try for the seat. And a local activist and media creator wrote an op-ed last June calling for young people to run.

Aurelis Figueroa is a real estate agent and notary public who has worked in community development and youth advocacy. She is a registered Democrat and was endorsed by the county committee, but filed with both parties. She is running, she said, because she was asked.

“I see this as my responsibility to my community that has called me and told me, ‘Hey, you’re experienced, you’re bilingual, and you have compassion and integrity and we need you to run,’” she said.

After a couple bad experiences with local courts, Figueroa said she wanted to bring attention to problems she saw in how cases were being handled. So, she campaigned against Thomas Capello as a write-in candidate in 2015.

One issue she is still talking about is the county’s approach to preliminary hearings – the first step at which a judge can dismiss a case. Figueroa said she believes too many defendants are missing out on that opportunity, in part because of the way the hearings are scheduled – all at the same time and in the same room.

“I as Magisterial District Judge, if elected, will ensure that every defendant that steps in front of me will have the opportunity for a preliminary hearing,” she said.

Statistics from the Unified Judicial System of Pennsylvania suggest defendants in Lebanon County waived their preliminary hearings at a higher rate – about 78% of the time – than the statewide rate of 49%. But in a few other counties where hearings appear to be more staggered, the rates are similar or higher.

Figueroa said she would also exercise grace around fines and court fees.

For candidate Erik Itzen, collecting fines on time is a campaign priority. He said he could lower them for those who take a hearing on the matter, but that he believes it is important for judges to be fiscally responsible.

“It wouldn’t be something I would be too excited to do, because I understand peoples’ situations and I understand money doesn’t grow on trees,” he said.

Itzen is a Republican and like Capello and Figueroa, he cross-filed. Among his other campaign promises: raising bail for violent offenders, approving domestic abuse warrants, and supporting gun rights.

The security guard and former Lebanon police officer has endorsements from two police unions and said his law enforcement experience gave him useful experience in the court system. In a press release, James Capello wrote that he did not seek police endorsements out of an interest in impartiality.

But Itzen said he would have only a working relationship with the police department and neither his ties nor the endorsements would impact his decisions.

“I think my views on the world is not just from a law enforcement perspective,” he said. “It’s from a human perspective and I see the challenges people face in the world.”

Itzen points to other jobs he has held, such as substitute teaching and serving as a relief house parent for the Milton Hershey School.

Anthony Magaro, who owns an ATM business, shadowed Thomas Capello for a law enforcement course he took years ago.

“I’ve always been confident in my ability to use logic and common sense,” he said. “So, seeing that and how you could affect the outcome for somebody – it was kind of neat.”

Magaro said he has worked multiple jobs for most of his life and did not expect to have the chance to become a judge. His central pitch to voters is that by not asking for endorsements or contributions, he stands out as someone who would be independent.

He points to early experiences with the criminal justice system that gave him a unique perspective. His mother was killed in the late 1980s and the case was never solved. But Magaro said the loss and the custody suit that followed forced him to grow up quickly.

“I can relate to how violent crime affects not only the victims but the victims’ family as a whole and how that disrupts their lives — and how serious it should be taken even if it’s threats or something,” he said.

Magaro is a member of the local Republican committee, but, like Capello, Figueroa, and Itzen, he cross-filed with both major parties.

A fifth candidate, Sean Maguire, is the only candidate who is not cross-filing. He says he only received the required number of signatures on the GOP side. Maguire is a Republican, but says he wishes anyone could vote for any judge in the primaries.

“It just adds this flavor of partisanship to a judicial position, which I don’t think is proper or fitting,” he said.

Maguire works at a bilingual Christian school, and says his candidacy started as an exercise to teach kids about civic engagement.

“And then I realized I was the only attorney in the race,” he said, a recent qualification which he believed would position him to win.

Maguire passed the bar exam last year. Knowing the law, he said, would prevent him from making mistakes, which are the source of many of the complaints against judges at all levels in the commonwealth, and save people the cost of an appeal.

“That’s hundreds a year of people who did not get justice at the first hearing because the judge made a mistake of the law,” Maguire said.

Voters in one other district in Lebanon County will see a district justice slot on their ballots, but the incumbent, John Ditzler, is running unopposed for both parties.

As unusual as it may be for voters to have several options for MDJ, the job pays well, with a salary set at $93,000 per year.