Artwork inspired by All Without Words by Angela Weddle

WITF Music: All Without Words

Inspired by the vocalizations of his nonverbal autistic son, a composer turns struggle and joy into music. 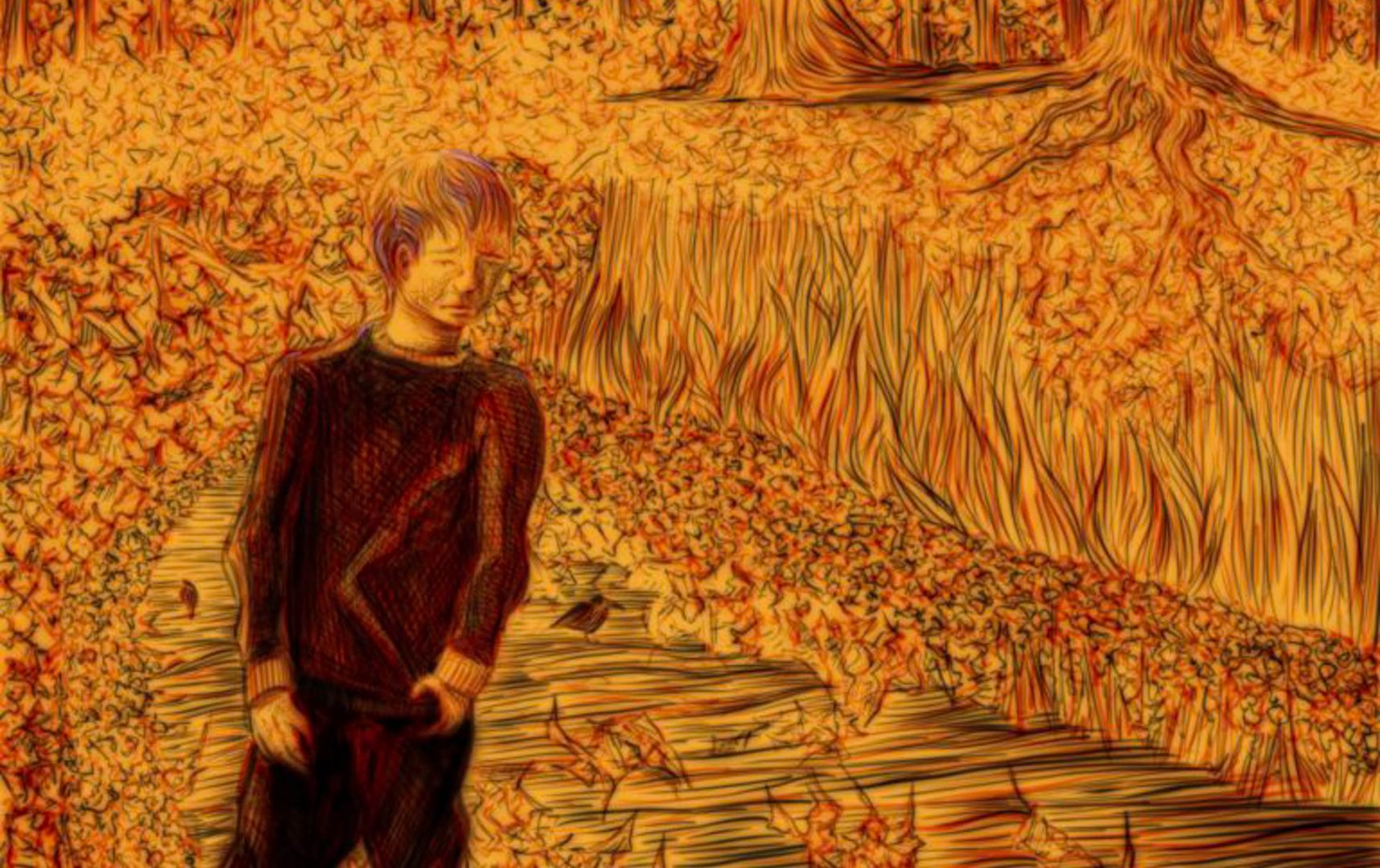 Artwork inspired by All Without Words by Angela Weddle 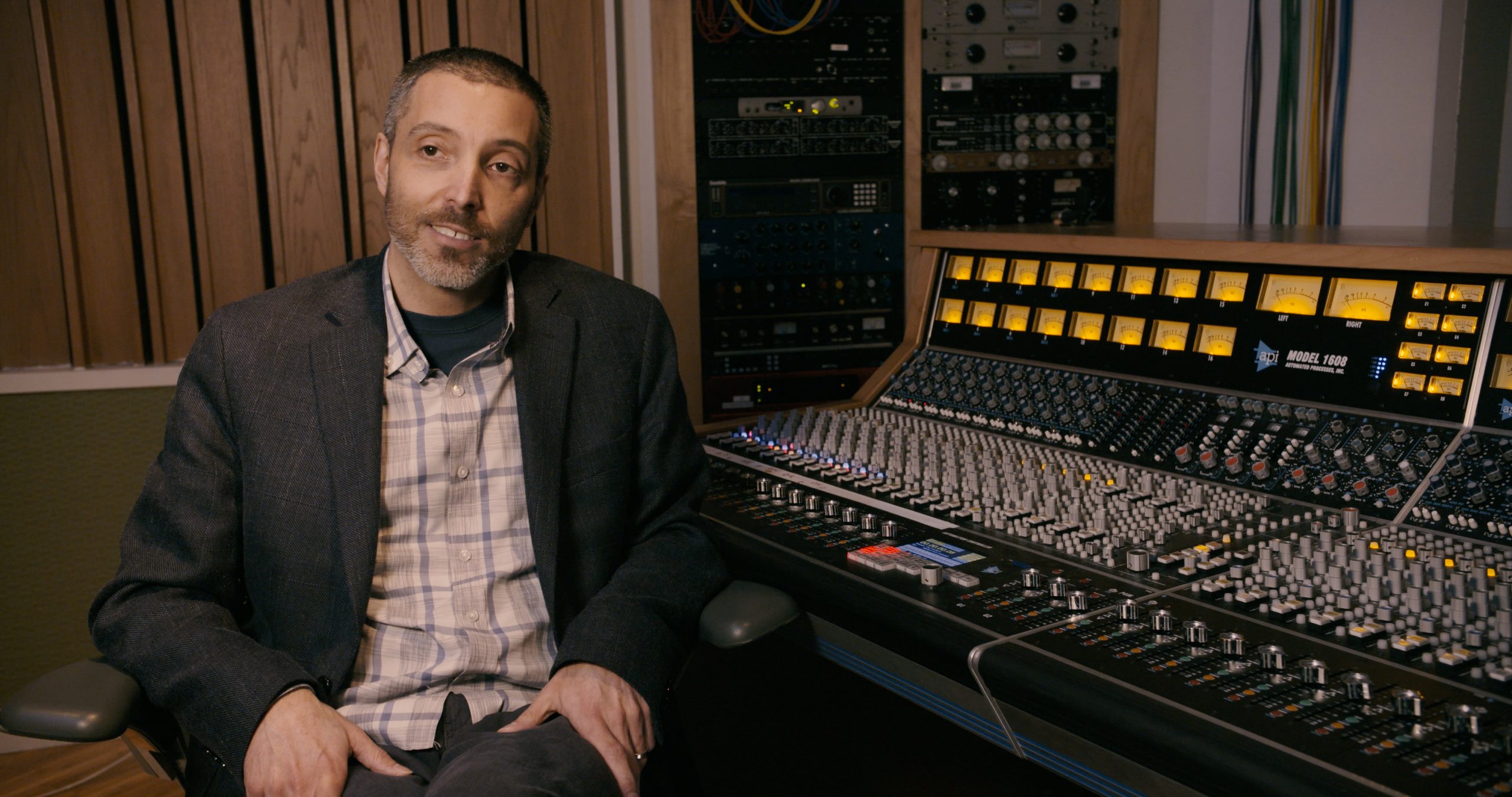 Loren is 16, has autism, and he doesn’t speak. But he’s not silent.

“I recorded some of the vocalizations he makes,” his father, Justin Morell says. “I just happened to capture it one night on my voice recorder on my phone.”

Morell is a composer and composition and theory professor at Lebanon Valley College.

“Afterwards I went and I listened to some of the short excerpts from it and found these two moments that were just these great little melodic shapes,” he said. “And I slowed them down and transcribed them, and that became the theme.”

Justin worked that theme into a piece titled All Without Words: Variations inspired by Loren. 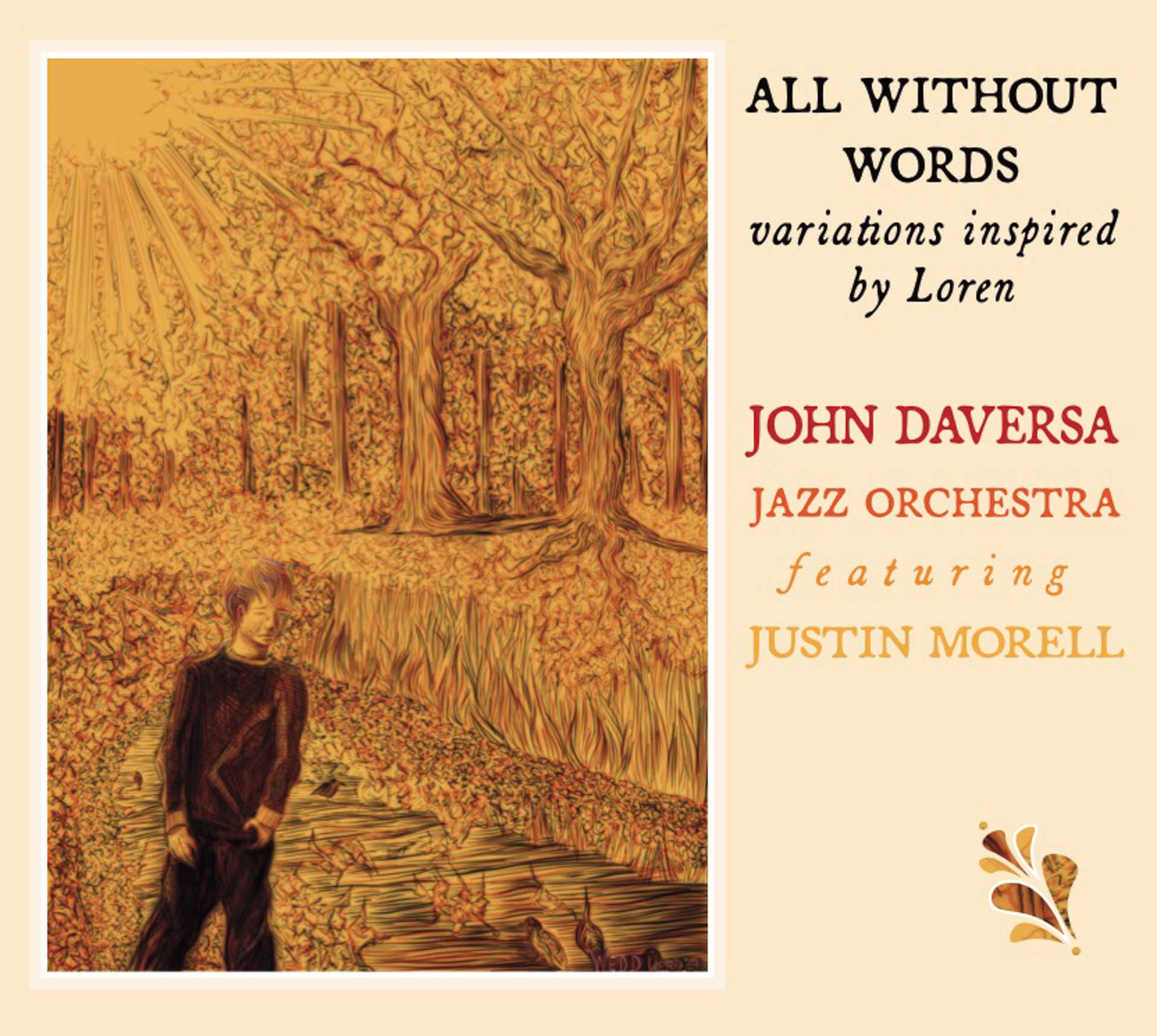 “Loren is 16 years old. He’s a nonverbal kid. He loves to listen to music and really he likes to spend his time — when he’s not in school — hanging out in our basement, swinging and playing in the backyard and exploring all the plants and things like that.”

All Without Words is a collaboration between Morell and his good friend, trumpeter John Daversa. Morell describes the piece not as an attempt to speak for Loren, but rather a collection of the struggles and joys of raising a child with non-verbal autism.

“For a long time I had wanted to write a piece of music that … reflected on my experience as a parent of a child who has difficulty with communication,” Morell says.

“Once you’re in that place you suddenly are confronting all these challenges that you didn’t necessarily plan for, you don’t know necessarily how to handle. And so it becomes such a huge part of every moment of your life and it’s hard really not to think about incorporating that into your art form if you’re an artist.”

For Daversa, All Without Words presented him with a special kind of responsibility as a musician. 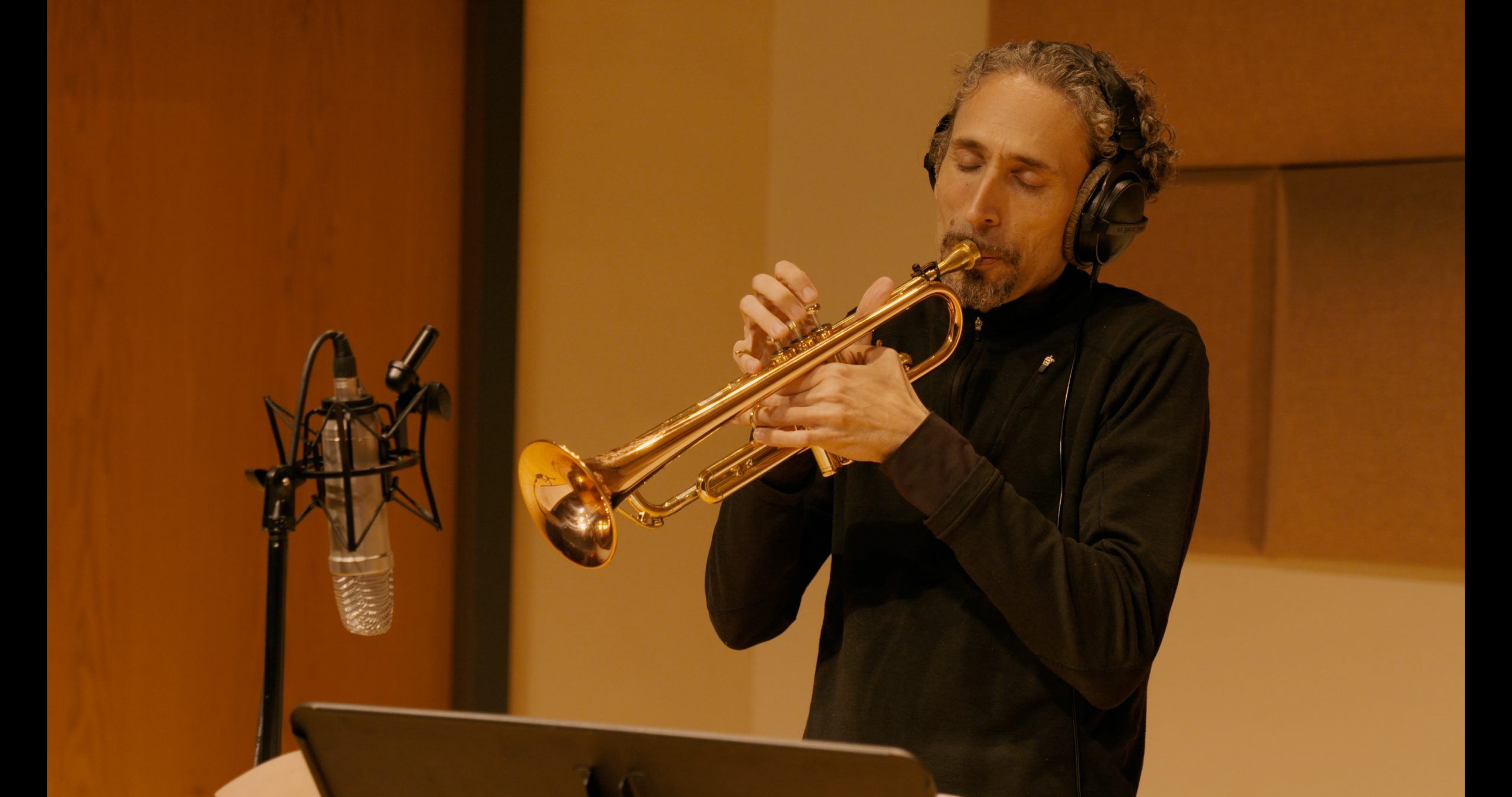 “You go into it just knowing the responsibility of what this means, to be carrying the voice of someone that’s not you and also of a family as well, you just want to be able to portray that voice with respect and reverence.”

“Everything was stacked against us … I didn’t know how it was going to happen. I just started talking to people about it and we just figured out a way to do it … We found a way to do it on a big concert stage with fewer numbers of people, distancing everybody out … So many people really aligned with the message of Justin’s piece and also the music itself … So it just happened by will and universal intentions.” 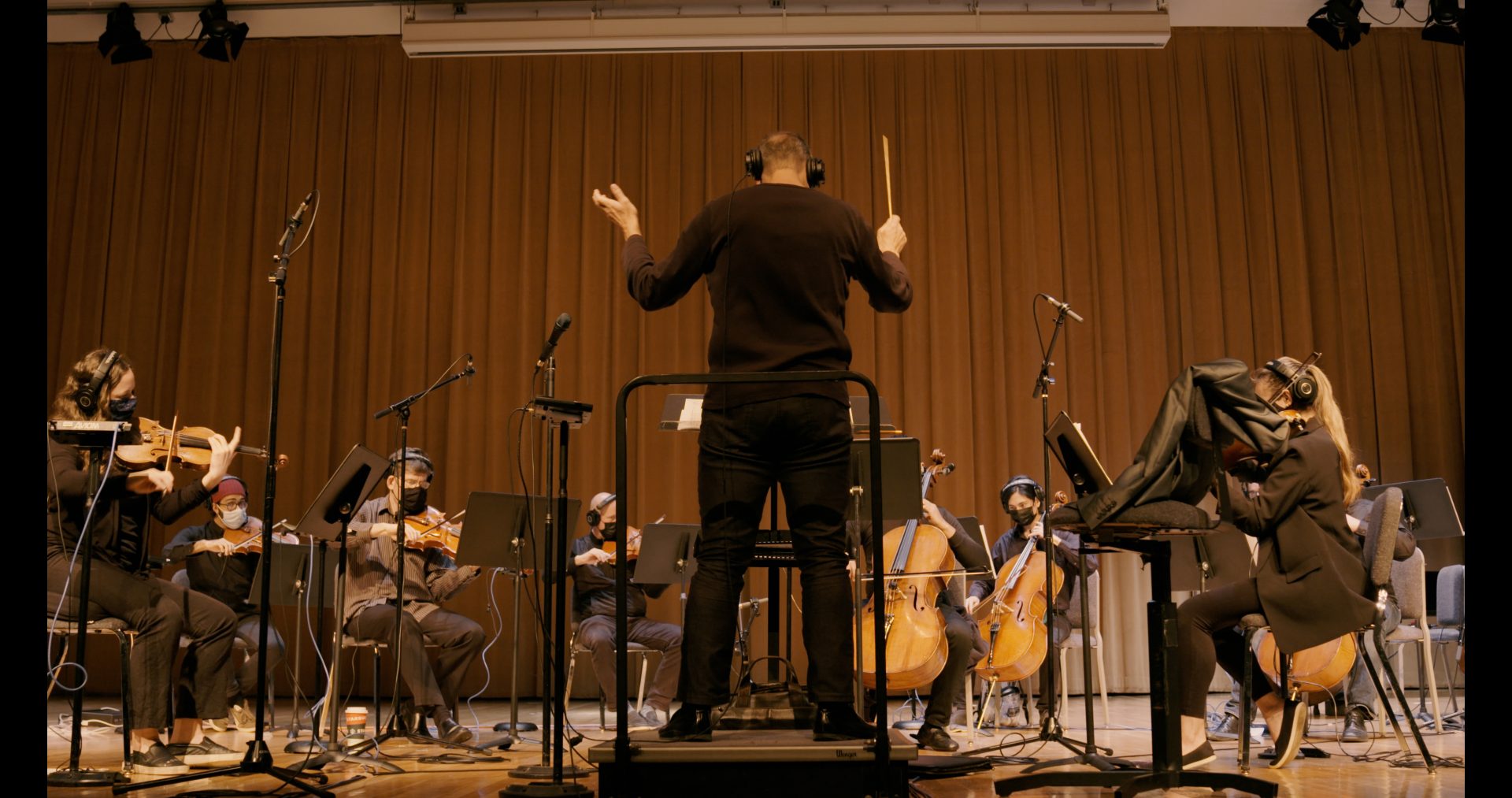 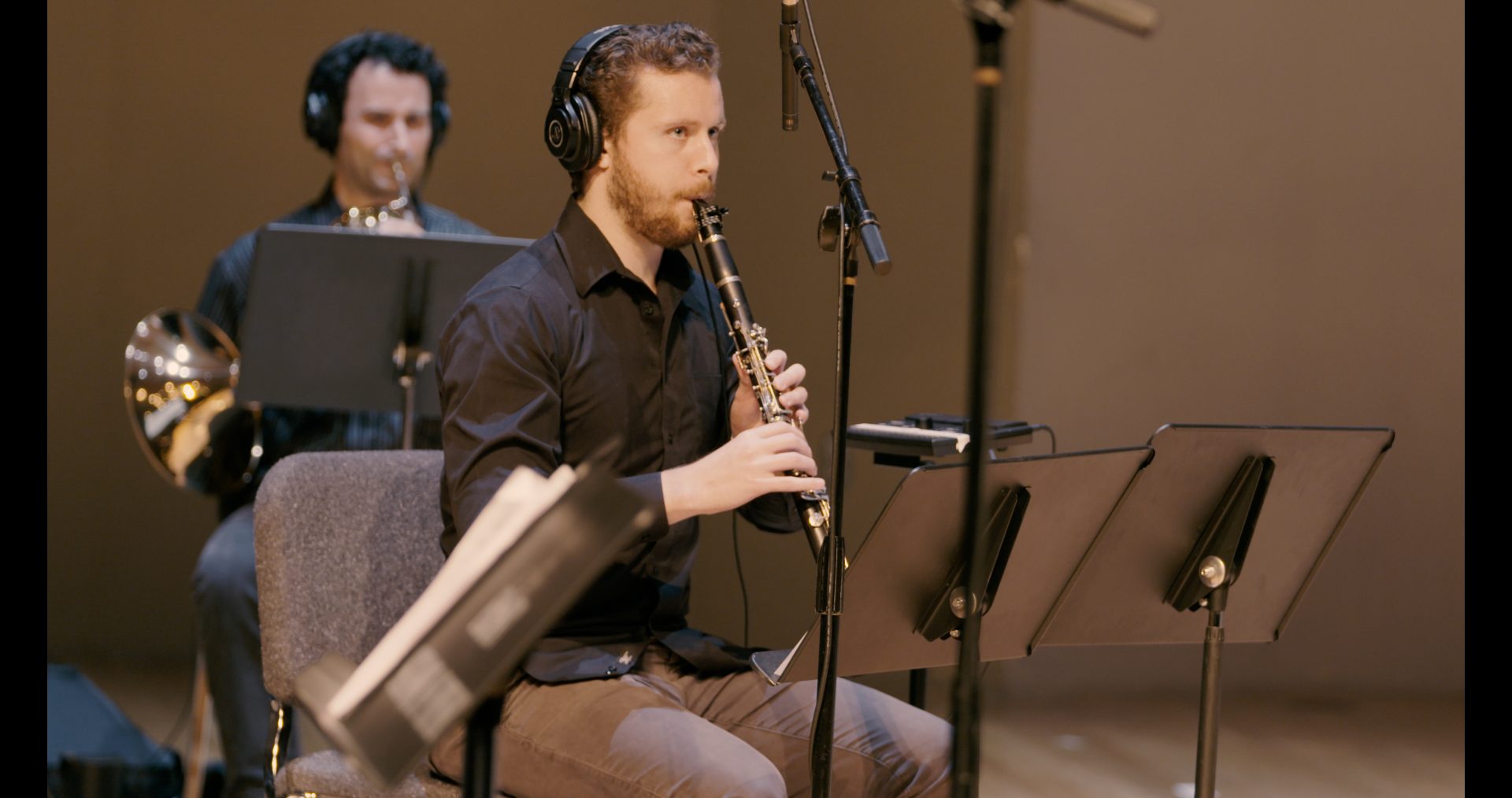 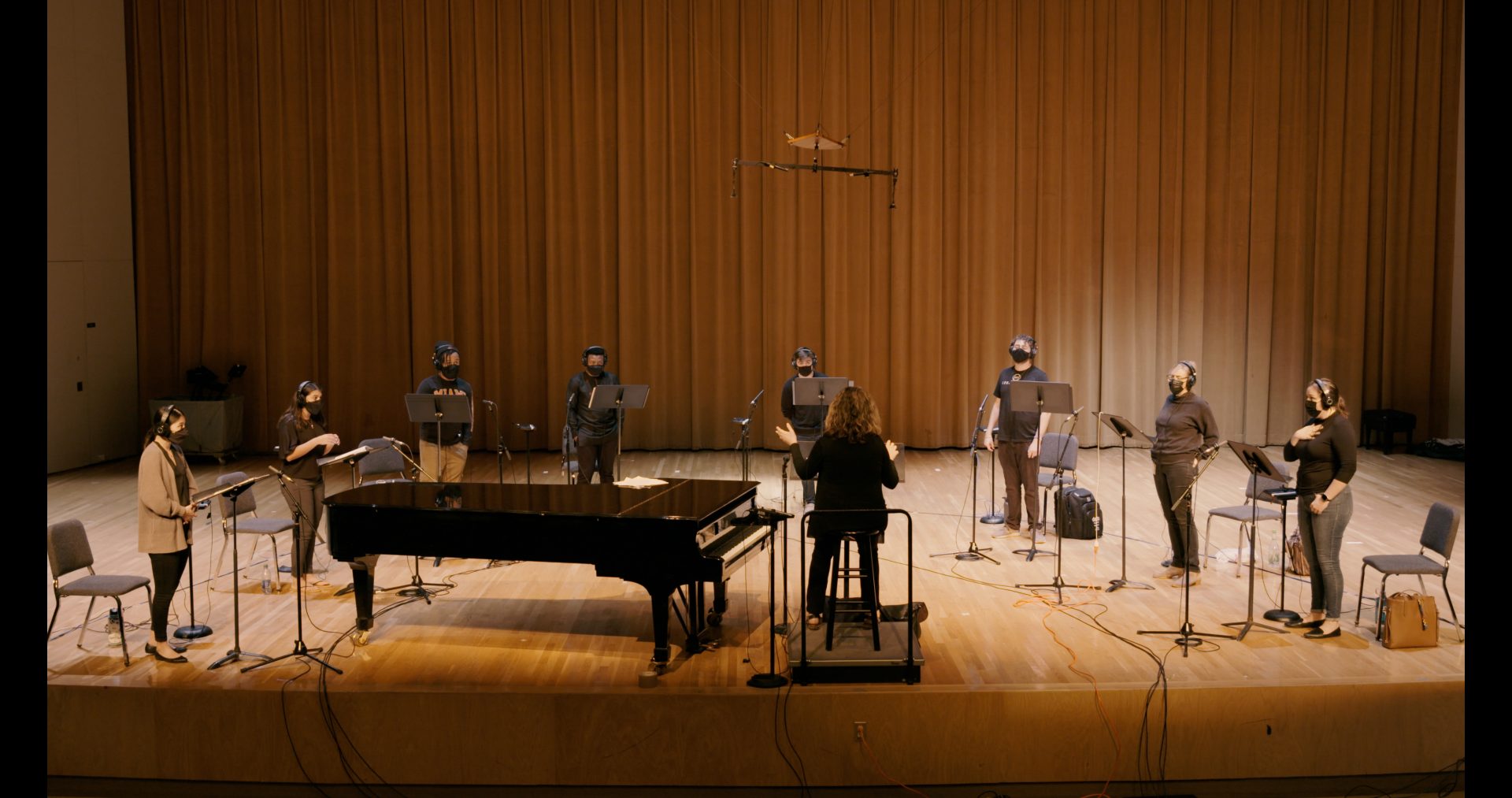 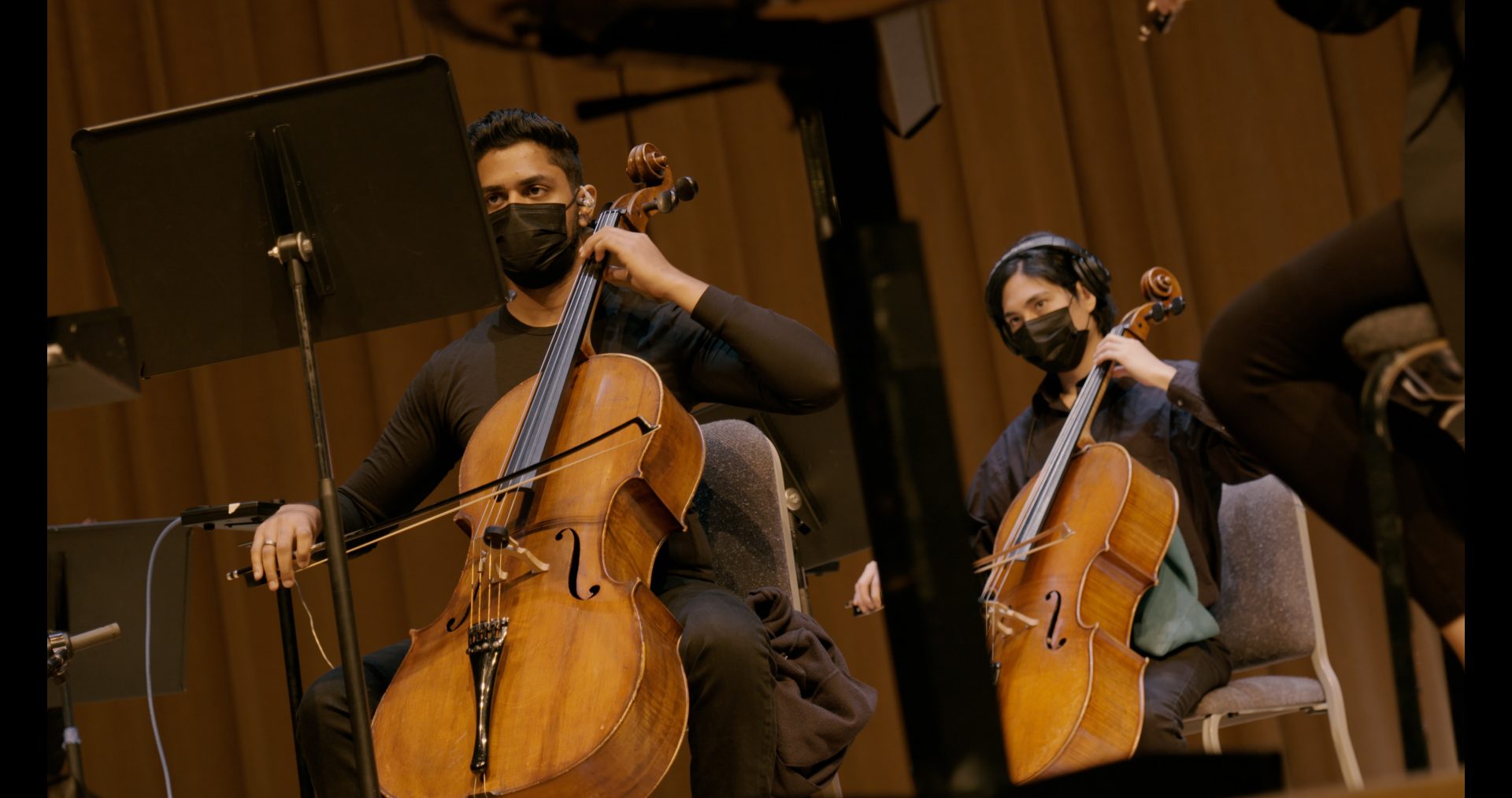 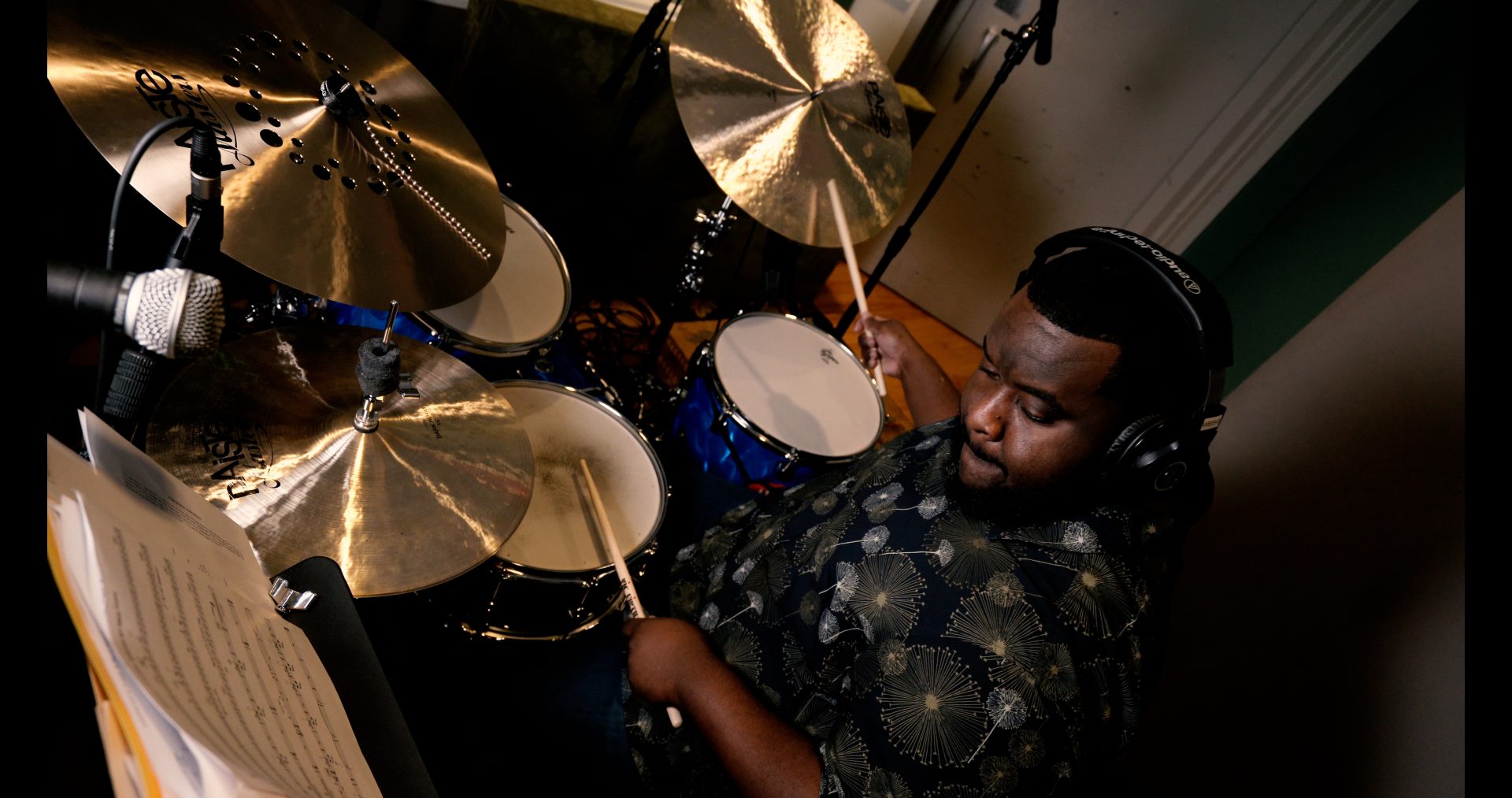 All Without Words has 11 variations, and each deals with a particular aspect of parenting a child with autism. Morell describes some of the variations.

“The fourth movement is the one called ‘The Urgency of Every Moment.’ You get a lot of advice from a lot of different practitioners and experts and things like that who tell you, ‘Well, you need to start this therapy right away’ and ‘Don’t do this therapy. You have to do this one’ and ‘If you don’t do all of this stuff now you’re going to miss a window of development.’ You feel this real urgency as a parent to solve problems quickly and not let one single moment go by.”

One of the lessons Morell has taken away from the experience is to take joy in the little victories. The eighth movement is called “The Smallest Thing”.

“For us as a family we’ve learned to really appreciate small victories, small accomplishments, especially around communication. Sometimes just those moments when my son is able to clearly tell us what it is that he wants or what he needs, it can be a pretty simple thing but it feels really important to us. You can’t lose sight of those things I think because communication can be so incredibly frustrating when it doesn’t happen. So when it does it’s just this magical moment.”

Morell and Daversa have collaborated with artists with autism to create pieces of art based on All Without Words. The cover art for the piece was created by Angela Weddle. Other works are based on individual movements. 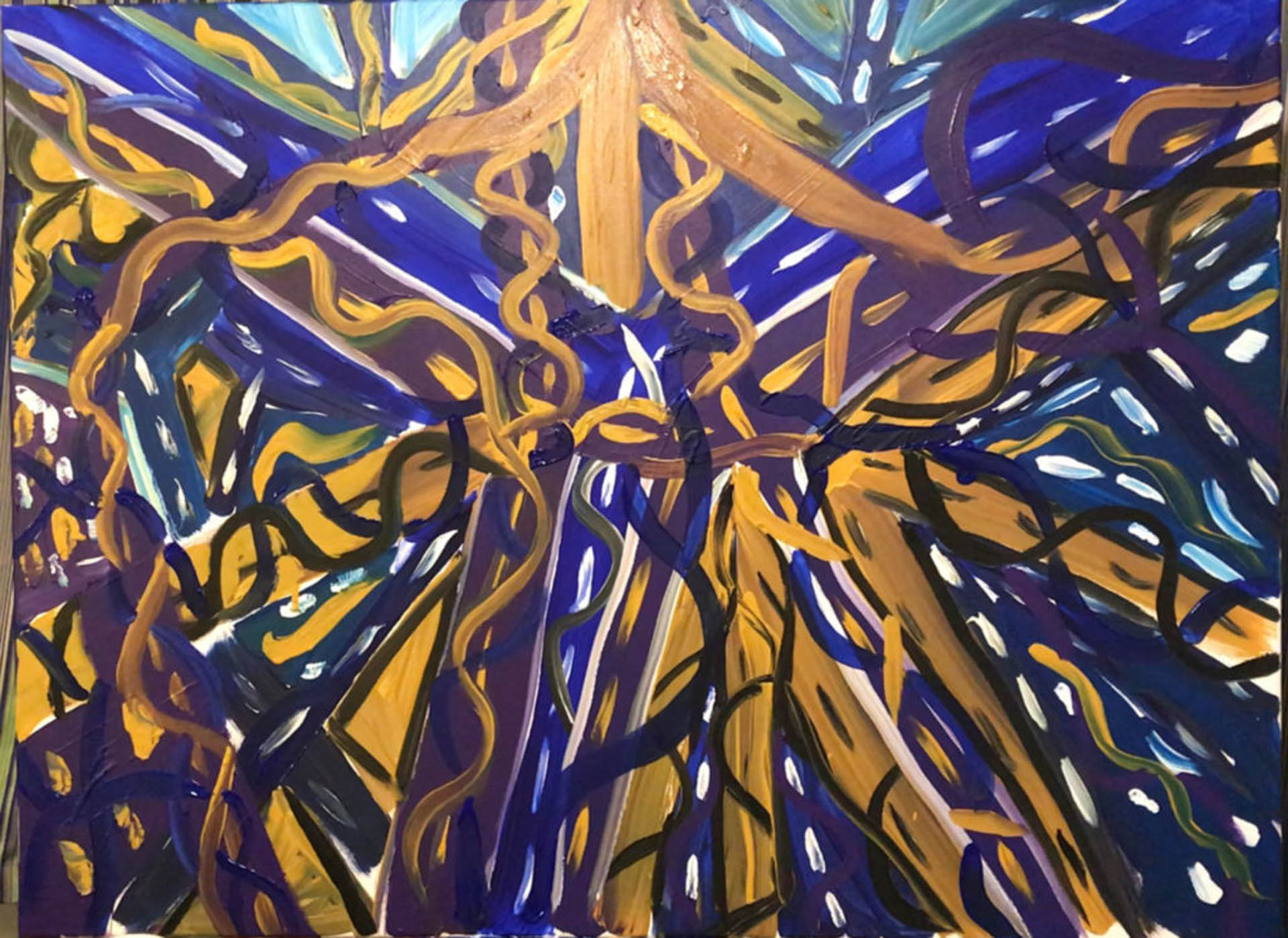 Three Roads Diverged, a work by Joel Anderson based on the movement of the same name.

“Justin was able to reach out to an organization, Art of Autism,” Daversa explains. “We found some artists to collaborate with and they’ve been so wonderful. So we’re creating some music videos that go along with the art that they’ve created. I hope that we’re able to create a little bit more exposure for them … so people buy their pieces and their work and celebrate their art. That’s the whole idea.”

“One of the reasons why it seemed so important to have different voices collaborating on this project,” says Morell, “is because the piece of music that I wrote is really just about my experience as a parent of one particular child. And it’s not a piece that is in any way trying to speak on behalf of the autism community. I think one of the ways to make that clear is to just have so many different voices and people participating and show that everybody is a unique person, everybody has a unique perspective. And the more of those unique perspectives we could bring to the table for this project, it seemed like, how can we not do it if the opportunity is there?”

Emerging cicadas may be creepy to some, but they've long been revered in Chinese art