In their order, the Pa. Supreme Court's justices, five Democrats and two Republicans, did not explain their pick.

(Harrisburg) — A former University of Pittsburgh chancellor will chair the committee in charge of drawing Pennsylvania’s legislative districts, a potentially tie-breaking position that can influence who holds power in the General Assembly for the next decade.

The Pennsylvania Supreme Court announced Monday that it had appointed Mark Nordenberg, who previously served as the dean of Pitt’s law school, to the Legislative Reapportionment Commission.

The four legislative leaders on the panel — Republicans Sen. Kim Ward and Rep. Kerry Benninghoff, and Democrats Sen. Jay Costa and Rep. Joanna McClinton — failed to agree on a fifth member after interviewing more than 30 people last week, giving the responsibility of naming a chair to the high court.

“It was an assignment I thought I could perhaps do some good in,” Nordenberg told Spotlight PA and Votebeat during a phone interview Monday afternoon, explaining “the court” approached him and asked if he would consider serving if the four commissioners couldn’t come to a consensus. 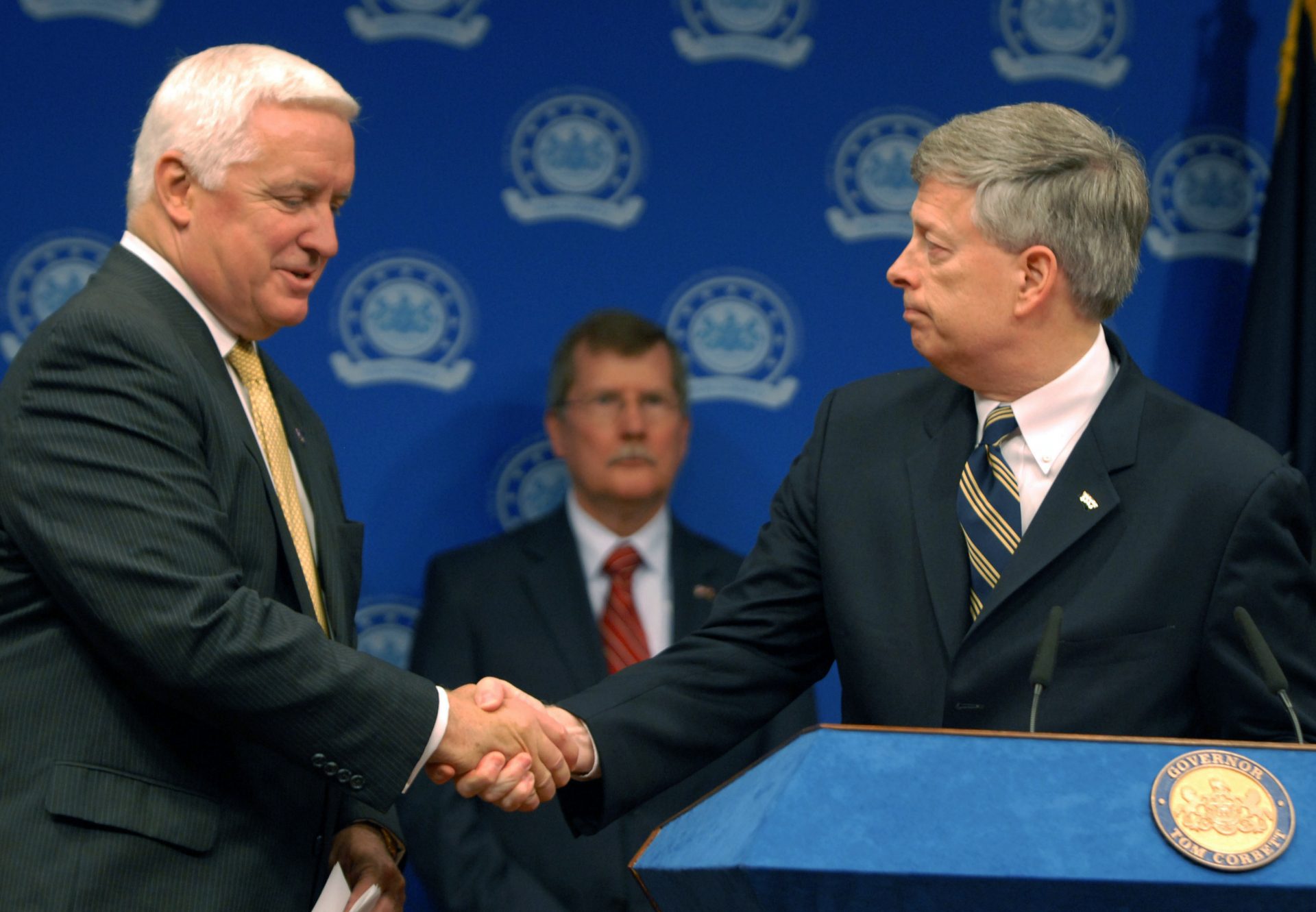 The commission must now wait until at least mid-August for the U.S. Census Bureau to deliver the new population data needed to begin redrawing Pennsylvania’s state House and Senate districts.

In their order, the justices — five Democrats and two Republicans — did not explain why they picked Nordenberg. The redistricting chair typically serves as mediator and referee between the four legislators, who historically have submitted maps that benefit their own party. The chair also serves as the tie-breaker vote in the event of an impasse.

“I know that it’s going to be a lot of work, and there may be contentious moments along the way. But it is an extraordinarily important process for Pennsylvania’s democracy,” he said.

Nordenberg, who was born and raised in Minnesota, became a law professor at the University of Pittsburgh School of Law in 1977. He became dean of the law school in 1985 and was elected chancellor in 1996.

He announced his retirement in June 2013 and was named chair of the University of Pittsburgh Institute of Politics, an independent nonprofit at Pitt, a year later.

Nordenberg will be the third former law professor to serve in the role. The position has also been held by three former judges. The chair has always been a man.

It’s the fifth time in the commission’s six-decade existence that the court has appointed a chair after commissioners deadlocked.

Nordenberg said he was a finalist for the chair position once before, when he was a law school dean in 1991. The four legislative commissioners at the time voted 2-1 with one abstention to appoint him, but questions about whether a majority vote was needed made him walk away from the position, leaving the court to appoint someone.

The caucus leaders told the state Supreme Court justices in a letter Friday that they wanted someone who was a “fair and neutral arbiter of the process” and who hadn’t run for office or worked as a lobbyist recently.

“This will ensure the chair of the commission will come into this process dissociated from partisan politics,” the commissioners wrote.

Nordenberg said he hasn’t spoken directly to the four commissioners, but reached out to them individually to get a better sense of their expectations for his role as chair. He wasn’t one of the roughly three dozen people the caucus leaders publicly interviewed for the position.

Pa. Republican lawmakers and the U.S. Capitol attack
As part of WITF’s commitment to standing with facts, and because the Jan. 6 attack on the U.S. Capitol was an attempt to overthrow representative democracy in America, we are marking elected officials’ connections to the insurrection. Read more about this commitment.
Senate Majority Leader Sen. Kim Ward and House Majority Leader Rep. Kerry Benninghoff both signed letters asking Congress to object to electoral college vote certification. The election-fraud lie led to the attack on the Capitol.

In statements, the two Democrats on the committee, Costa and McClinton, said Nordenberg was qualified for the position. Benninghoff and Ward, the Republicans, said they were pleased the appointment was made in a timely manner.

“The citizens of Pennsylvania are counting on him to navigate the challenging process in his role as chairman of the commission,” Ward said in a statement.

A registered Democrat who identifies as a centrist “in most things that I do,” Nordenberg said he has worked well with members of both political parties. As chancellor, he spent time in Harrisburg advocating for his university and said he “came away with genuine respect for and good feelings toward” state House and Senate members.

“I have admiration for people on both sides of the aisle,” he said.

He has been publicly critical of former Republican President Donald Trump, writing that Trump’s allusions to violence — including his call to armed militia members to “liberate” state capitols — were “troubling” and that Trump’s time in office deserved a “D” grade “for disease, denial, deceit and division.”

The once-a-decade redrawing of Pennsylvania’s political boundaries comes after a year of intense partisan clashes over the 2020 election and the state’s pandemic response. While Republicans held redistricting power a decade ago, that balance has shifted toward Democrats because of changes in the executive and judicial branches.

Republican lawmakers will draw a new congressional map as part of legislation, but it must go to Democratic Gov. Tom Wolf for approval. Should they fail to reach an agreement, the state Supreme Court could be asked to step in.

The five-member Legislative Reapportionment Commission, meanwhile, draws the state House and Senate maps. Anyone may challenge the final maps, and if that happens, the map will be sent to the high court for review.

In 2011, the Republican-majority court rejected the commission’s first maps for splitting too many municipalities in violation of the Pennsylvania Constitution.

Nordenberg said he isn’t coming into the process with any kind of partisan bias.

Are Pa.’s state House and Senate maps gerrymandered? Depends on how you measure them.