A protester confronts police during a march Tuesday Oct. 27, 2020 in Philadelphia. 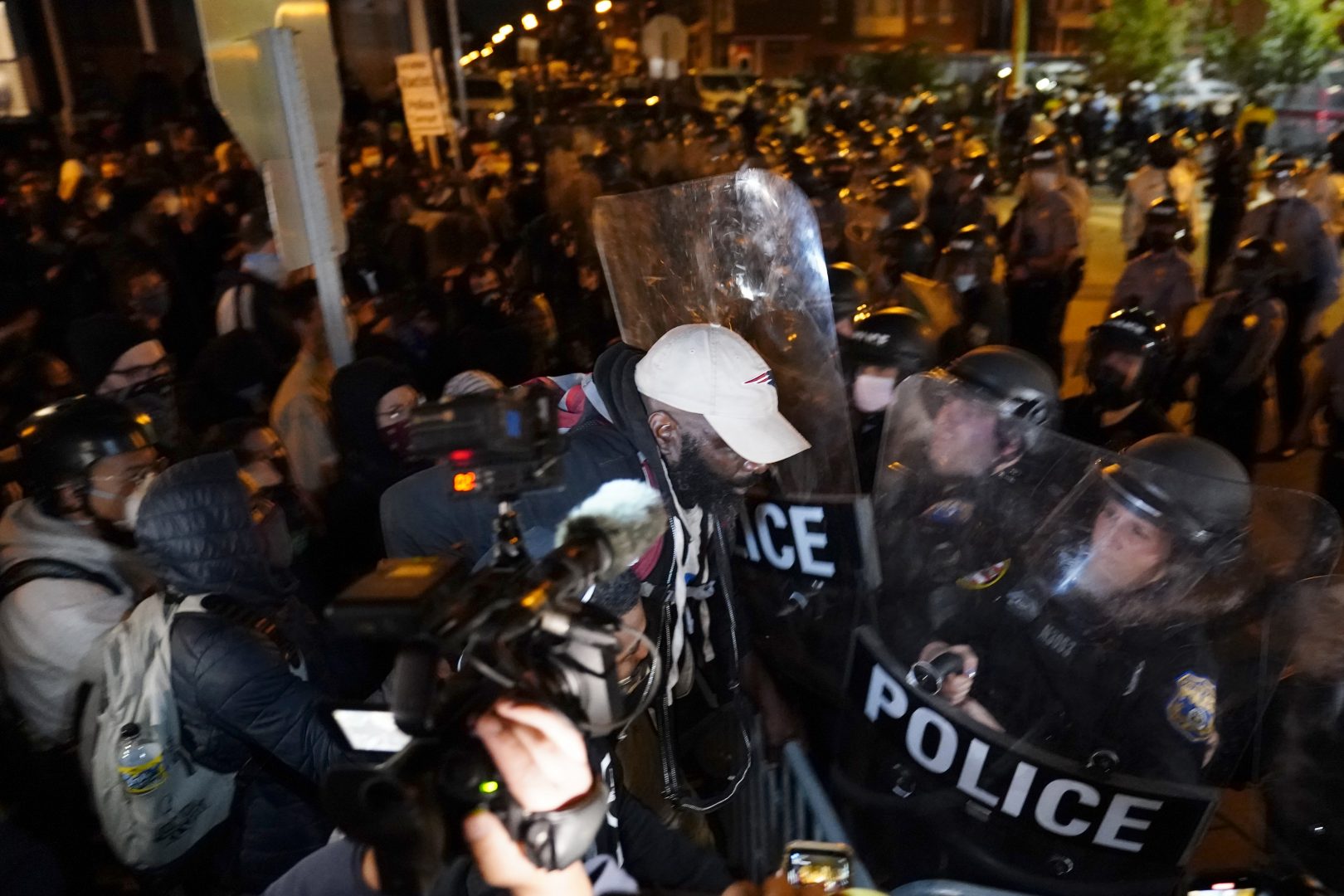 A protester confronts police during a march Tuesday Oct. 27, 2020 in Philadelphia.

(Philadelphia)  — Amid growing calls for police reform and national debate over the deadly use of force, police departments in Philadelphia and beyond are struggling to retain and attract officers, law enforcement officials say.

Across the region and the nation, police officials and union leaders described the state of recruiting as in “crisis” mode.

“It’s the perfect storm. We are anticipating that the department is going to be understaffed by several hundred members, because hundreds of guys are either retiring or taking other jobs and leaving the department,” said Mike Neilon, spokesperson for the Philadelphia Fraternal Order of Police, Lodge #5, the union that represents city police officers.

The pandemic has also hampered recruiting efforts, as has the relatively new requirement that police applicants live in the city, Neilon said.

“All of that coming together is creating some issues with finding the best and brightest to sign up to be Philadelphia police officers,” he said.

The Philadelphia Police Department is budgeted to have 6,380 officers, but currently has just 6,112, leaving 268 vacancies, officials said.

Law enforcement officials attributed the decline in interest in police jobs to a confluence of events, from the national outcry over the death of George Floyd in Minneapolis and the murder trial of his convicted killer, former Officer Derek Chauvin, to the fatal shooting of Walter Wallace Jr. at the hands of Philadelphia police to general mistrust of police authority.

“Every action has a reaction. When you vilify every police officer for every bad police officer’s decision, (people) don’t want to take this job anymore,” said Pat Colligan, president of the New Jersey State Policemen’s Benevolent Association, the state’s largest police union

“It’s been a very trying and difficult time to put on the badge every day,” he added. “There’s a recruiting crisis.”

Departments across the country are grappling with the fallout of Floyd’s murder, said Jack Rinchich, president of the 4,000-member National Association of Chiefs of Police.

“There’s no doubt in my mind that what’s transpiring in our nation today is contributing to the lack of retention and the difficulty in hiring new officers. A lot of cops right now in view of the environment are saying, ‘Hey, I’ve gone 20, 30 years without being sued, shot, or divorced. I’m going to get out while I have an opportunity,’ ” Rinchich said.

Officers are demoralized, he said, by some departments’ decisions to eliminate specialized units, such as SWAT and K-9 teams, and from local officials freezing and cutting police budgets and debating whether to strip officers of qualified immunity, which shields them from being sued in most cases.

Some departments are footing the bill for the police academy, an expense previously shouldered by prospective recruits. Others are waiving application fees as well, essentially eliminating the cost of entry to the department.

His own department, in previous years, would get applicant pools of 200 or 300. So far during the current open call for applicants, which ends April 30, only 72 people have applied, he said.

Elsewhere in the Pennsylvania suburbs, departments looking ahead to fill vacancies of veterans scheduled to retire are similarly struggling. Hatfield Township, a Montgomery County town near the border with Bucks County, had 100 applicants during a recent call for new officers. Of that group, only 47 showed up to take the exam, according to Chief William Tierney. Those who did apply, he said, were from a mix of backgrounds: Some were college graduates struggling to find work in their fields, others had a lifelong interest in policing, and another group applied out of curiosity about the field.

As of Thursday morning, the agency had received 2,670 qualified applicants in its current recruitment drive.

The last time the agency had an online application process, he said, was two years ago, when 5,000 qualified applicants applied. And in 1993, when he applied to the force, there were about 15,000 applicants at a time when the police force had about the same size as today, he said.

Callahan agreed that, “what we are seeing around the country” with the killing of George Floyd and others is contributing to the lower recruitment numbers.

But there are some departments that have yet to experience recruitment declines.

”From our perspective, the Pennsylvania State Police have never had a problem attracting applicants. Part of that has to do with the very attractive pay and benefits we offer our recruits, and the breadth and depth of opportunity that the department provides people to take on many roles and advance their career” said Ryan Tarkowski, state police spokesperson.

The starting salary, he said, is $63,364. “We have far more applications coming in than we have spots available,” he said.

Barnegat Police Chief Keith Germain said his Ocean County, N.J., department has seen an increase in applicants. Last year, about 400 people signed up for an application test compared to about 200 a decade ago, he said.

He credited the rise in applicants to increasing salaries in the department, where officers can now make as much as $130,000 within five years, and to department recruiting advertisements on Facebook.