President Biden pledged on the campaign trail to restore asylum protections for domestic violence survivors from other countries but more than 100 days into his presidency, that yet hasn't happened. 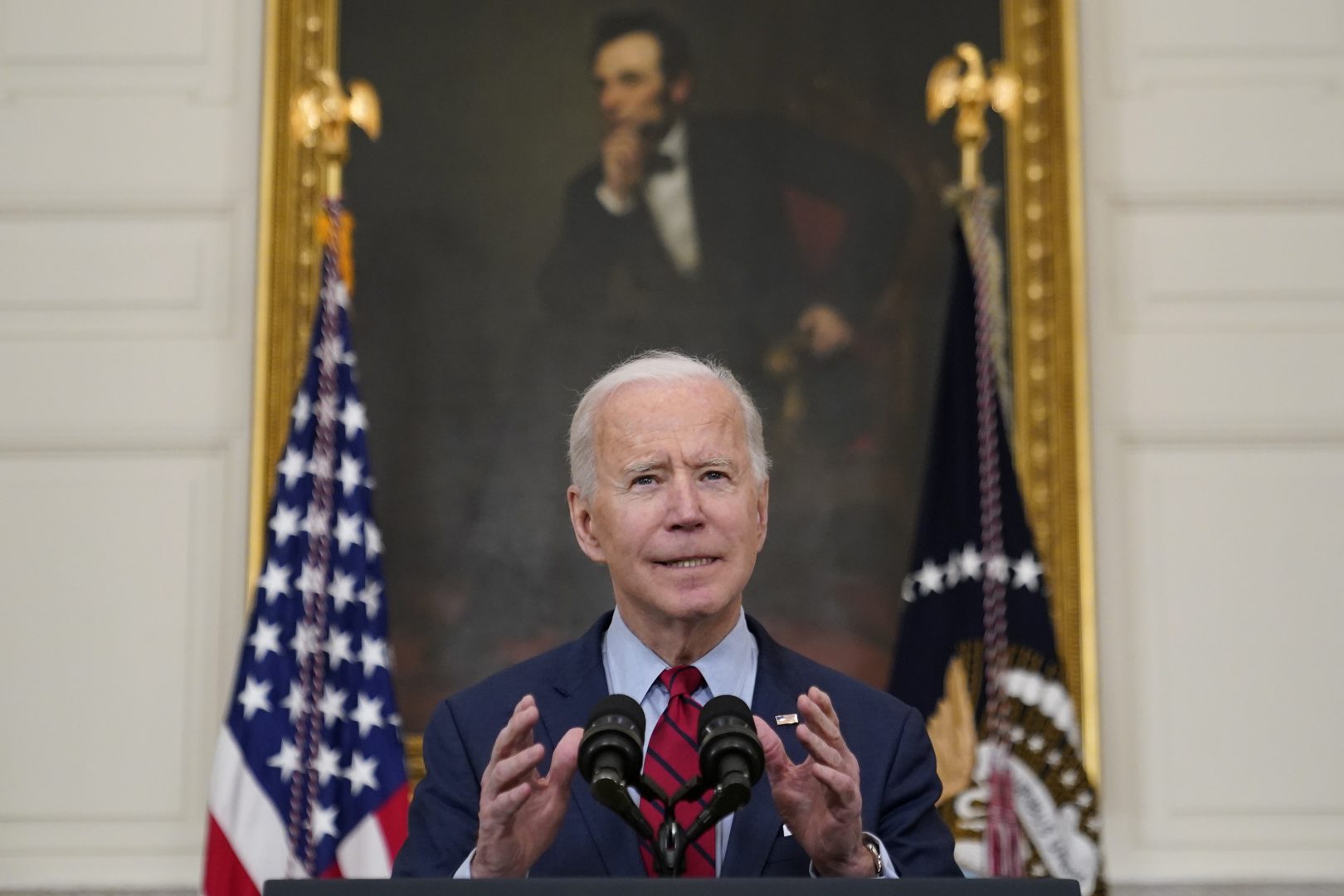 President Biden pledged on the campaign trail to restore asylum protections for domestic violence survivors from other countries but more than 100 days into his presidency, that yet hasn't happened.

(Washington) — As part of a sweeping effort aimed at ending domestic abuse against women, Joe Biden pledged on the campaign trail to restore asylum protections for domestic violence survivors from other countries.

But 100 days into his presidency, that hasn’t happened, as President Biden’s administration grapples with a humanitarian crisis at the southern border that has overshadowed much of his immigration agenda.

In the meantime, immigrant advocates say abuse survivors are still being deported to their home countries where they could face further abuse and where authorities won’t help them.

“Women, children, families are being sent back to the very dangers that they fled,” says Blaine Bookey, a lawyer at the Center for Gender and Refugee Studies at The University of California, Hastings College of the Law.

Bookey and other immigrant advocates are urging the Biden administration to follow through on his campaign promise and quickly overturn a series of controversial legal rulings issued by the Trump administration that state domestic and gang violence are generally not grounds for asylum.

Biden signed an executive order in February telling his administration to rewrite the asylum rules. But that process will take months, if not years — and Bookey says many women and families need help now. 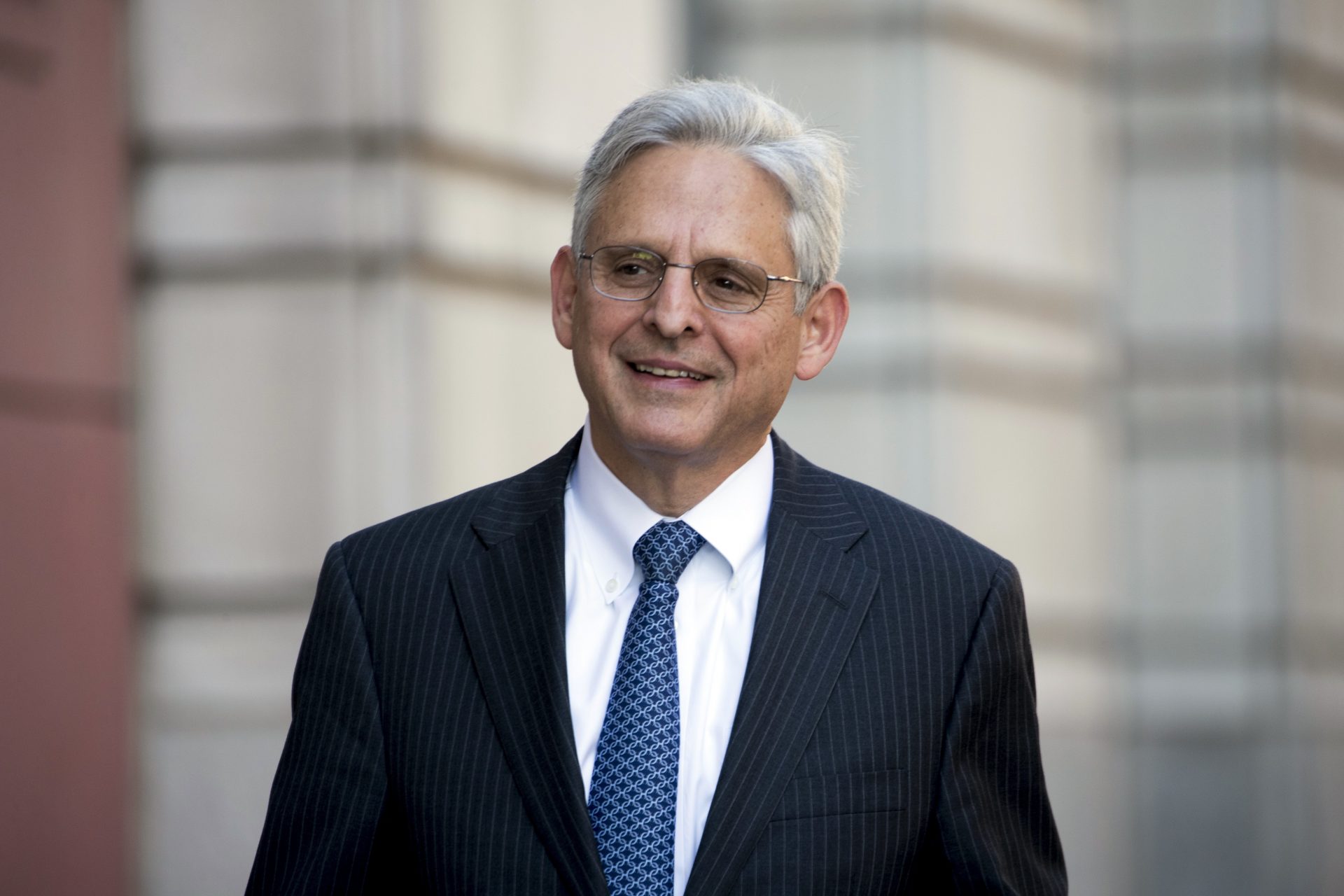 That’s why she and other advocates this week called on Biden’s attorney general, Merrick Garland, to step in, and immediately vacate the Trump-era rulings on domestic and gang violence.

Rewriting asylum rules may not be easy

“This one simple action that Attorney General Garland could take right now could help protect women and families who are turning to the United States for protection,” Bookey says.

She says that includes people like her client Cristina, who fled Honduras seven years ago with her youngest daughter. Cristina is her middle name. We’re not using her full name because her asylum case is still pending.

“If I were living in Honduras, then I would no longer exist,” she says in Spanish through an interpreter. “They would have already killed me.”

Everywhere she turned in Honduras, Cristina faced danger. She says the father of her children physically abused her for decades. Then she says her boyfriend abused her, and threatened her daughter.

The police in Honduras told her they don’t get involved in domestic disputes. Police also did nothing, she says, when her brother and sister were killed by a politically powerful family that had a vendetta against hers.

When the same family began to menace her, Cristina says she took her 9-year-old daughter and fled to the U.S. in 2014 and requested asylum.

But when Cristina finally had a hearing in immigration court a few years later, her claim was rejected. On appeal, the judges cited the legal rulings from the attorneys general under Trump.

Cristina and her daughter, now 15, are still living in the U.S. while they appeal their case. But Honduras is never far from her thoughts.

“My head hurts much of the time. There are times when I can’t sleep thinking about whether they will return me to Honduras,” she says. “I don’t sleep much. I wake up early. Sometimes I am gripped by insomnia.” 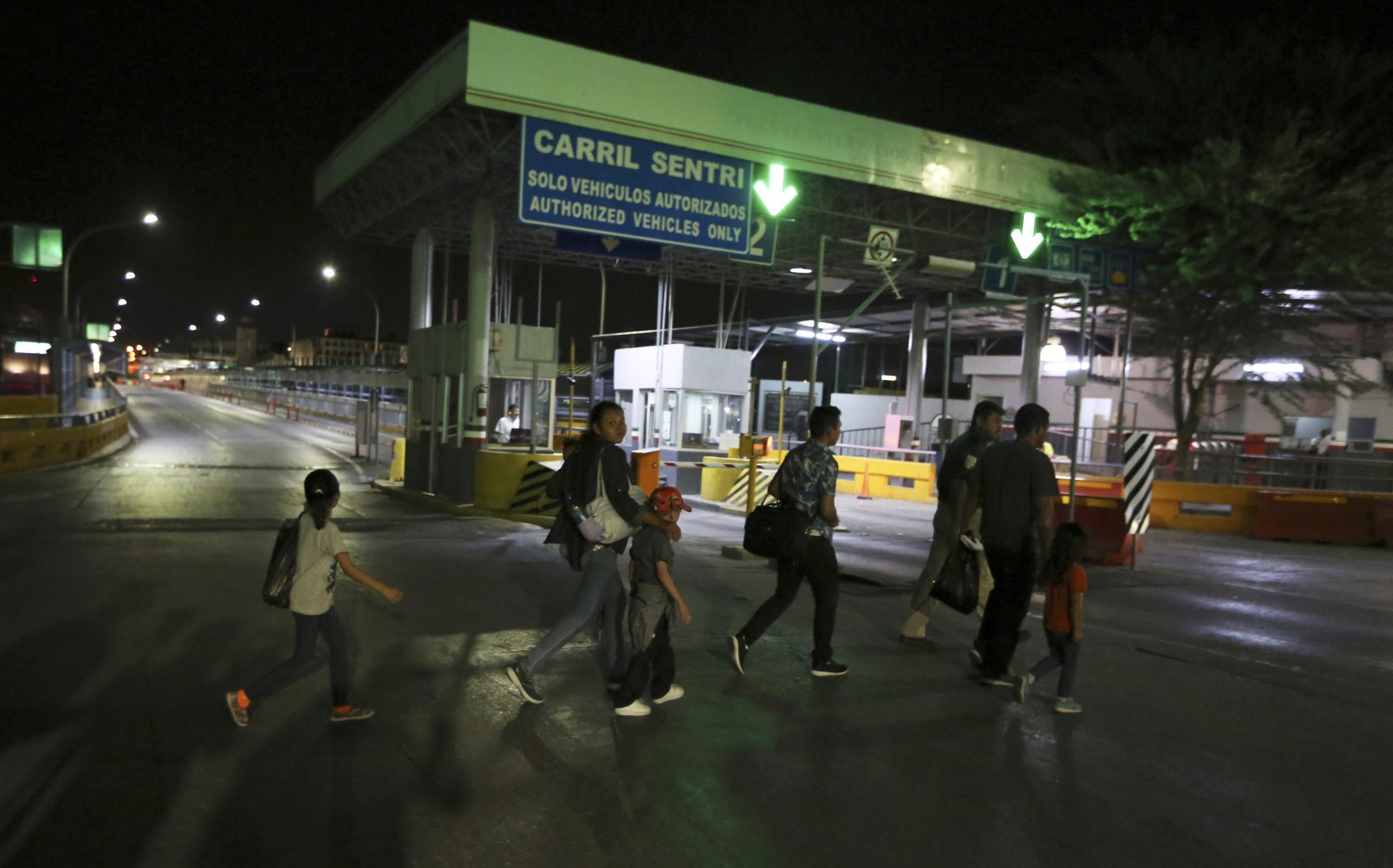 FILE PHOTO: Migrants who are applying for asylum in the U.S. walk to a border bridge as they make their way to their appointment with U.S. authorities, in Nuevo Laredo, Mexico, Tuesday, Sept. 17, 2019.

Asylum denial rates, which were already high, got even higher during the Trump administration. Roughly seven in 10 claims are denied.

Trump frequently referred to asylum as a “scam.” And his administration took many steps to limit asylum protections for migrants arriving at the southern border.

“The asylum system is being abused to the detriment of the rule of law,” said then-Attorney General Jeff Sessions during a speech in 2018, when he argued that there are some social ills the U.S. just can’t fix.

“Asylum was never meant to alleviate all problems — even all serious problems — that people face every day all over the world,” Sessions said.

In the process, immigrant advocates say Sessions took U.S. law backwards to a time before women’s rights were human rights. Many policymakers in the U.S. had come to agree that domestic violence should be grounds for asylum, at least in some circumstances.

But simply rewriting the asylum rules may not be easy.

“It’s going to be difficult because the issue is difficult,” says David Martin, a former top lawyer at the Department of Homeland Security who also taught at the University of Virginia School of Law.

Martin thinks the recent surge of migrants at the border complicates the situation because the Biden administration doesn’t want to encourage more unauthorized migration.

The challenge, Martin says, is to protect vulnerable women who cannot find protection in their home countries — without opening the door too widely.

“There’s general public support for protecting people who are facing persecution, but it’s not unlimited,” Martin says. “People get nervous when it looks like it’s an uncontrolled system, or there seem to be too many people getting into it.” 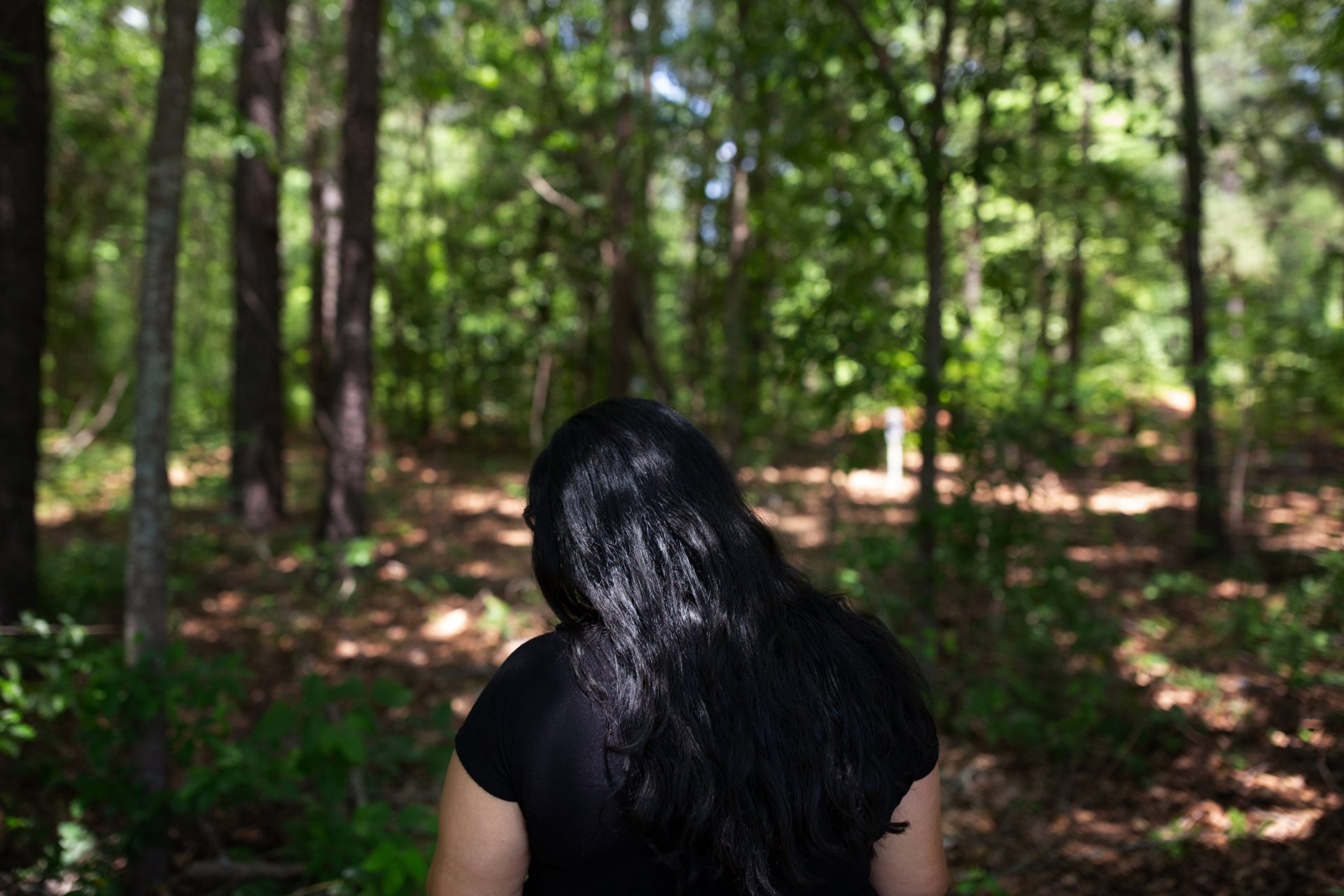 Ms. A.B. had been allowed to stay in the U.S. for years while her case is pending. She requested that NPR identify her only by her initials because she is afraid her ex-husband might find her.

Many women are suffering persecution

It’s hard to tell exactly where Attorney General Garland stands on this because his career as a federal judge doesn’t offer many clues.

When Garland was asked at his confirmation hearing about the Trump administration’s asylum rules, he said he had “no experience whatsoever” with them.

But he did get emotional at that hearing when he talked about how his own family immigrated to the U.S. from eastern Europe more than a century ago.

“I come from a family where my grandparents fled anti-Semitism and persecution,” Garland said. “The country took us in and protected us.”

Immigrant advocates say many women are also suffering persecution in countries where the police won’t protect them from violent partners.

That includes the woman known in court papers as Ms. A.B. Former Attorney General Sessions used her case to set the legal precedent about domestic violence and asylum that is still on the books. Ms. A.B. says she didn’t want to leave El Salvador but, like so many others, she had no choice.

“We are fleeing the possibility of being assassinated,” she says in Spanish through an interpreter. “I was able to escape, but many have died, many people are no longer around to tell their story.”

Ms. A.B. is also urging the Biden administration to act quickly. After Sessions intervened in her case, her asylum claim was rejected. Her appeal is pending.

What happens to the Afghan army once American forces leave?