Filmgoers attend the "Nomadland" screening at the Queens Drive-In at the New York Hall of Science during the 58th New York Film Festival on Saturday, Sept. 26, 2020, in New York.

The film beat out the likes of Aaron Sorkin's historical drama Trial of the Chicago 7, and David Fincher's story of old Hollywood, Mank, about the creation of Citizen Kane. 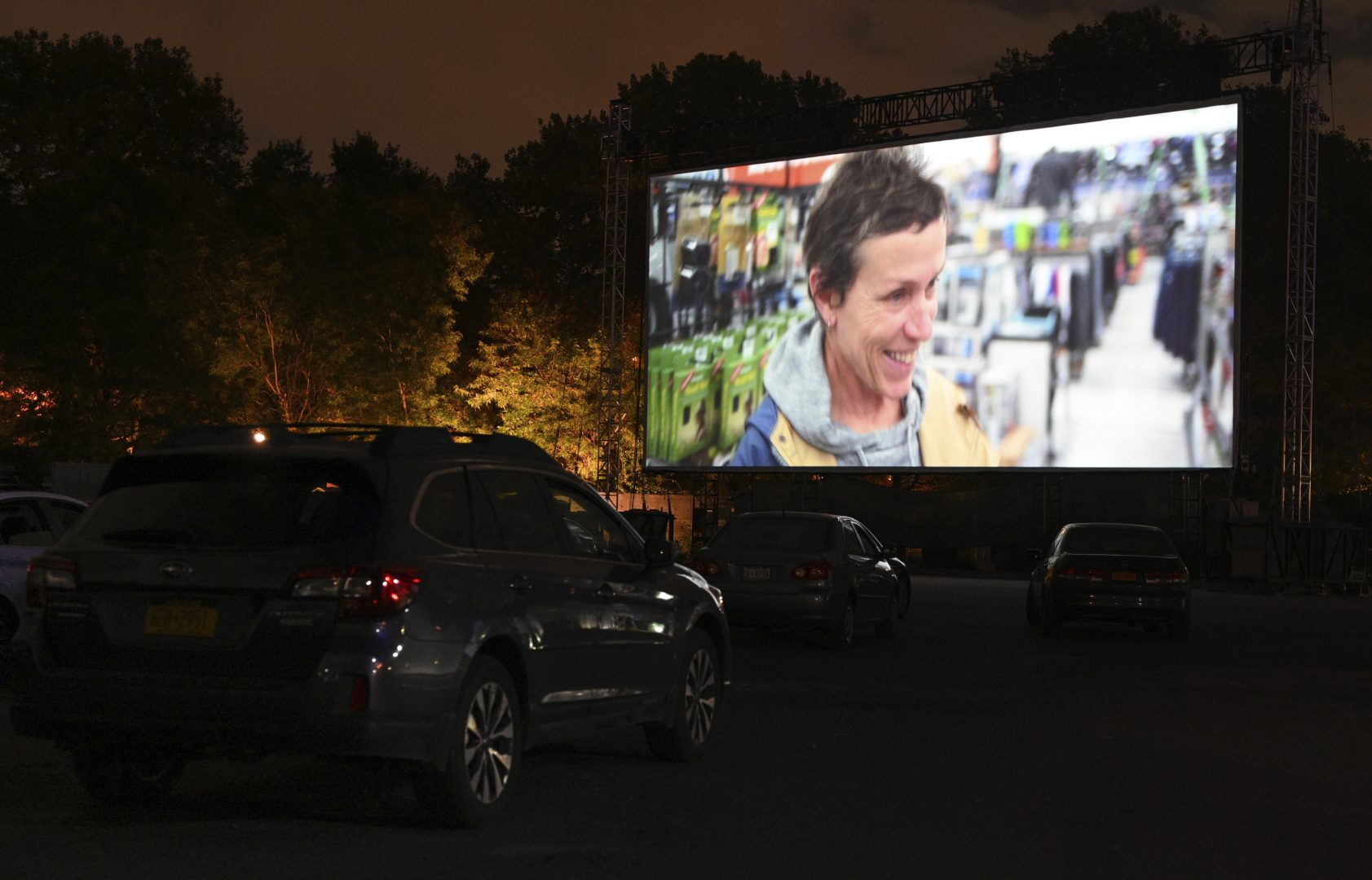 Filmgoers attend the "Nomadland" screening at the Queens Drive-In at the New York Hall of Science during the 58th New York Film Festival on Saturday, Sept. 26, 2020, in New York.

(Los Angeles) — Nomadland, the epic odyssey of a woman who loses her job and her home and joins the growing number of Americans living out of vans as they search for work, is the big winner at the 2021 Academy Awards.

It was named Best Picture, beating out the likes of Aaron Sorkin’s historical drama Trial of the Chicago 7, and David Fincher’s story of old Hollywood, Mank, about the creation of Citizen Kane.

Written, directed, edited, and produced by Chloé Zhao, Nomadland is based on the 2017 non-fiction book Nomadland: Surviving America in the Twenty-First Century by Jessica Bruder. The film has a fictional composite character – a widow named Fern, played by Frances McDormand – interacting in scenes with many of the actual individuals featured in the book’s pages.

Nomadland was nominated for six awards.

Since its premiere on Sept. 11, 2020, at the Venice Film Festival, Nomadland had received accolades from dozens of critics’ groups and film societies, including top awards from the Golden Globes, BAFTAs, Critics Choice Awards, and the National Society of Film Critics. It was also named the American Film Institute’s Film of the Year.

This year’s Oscar nominees had been notable for their diversity, in stark contrast to last year’s awards when only one person of color was nominated in the main acting categories, and no women were nominated for Best Director, prompting a social media outcry.

In response, the Academy created a set of “inclusion standards” for Best Picture nominees, to be phased in over four years starting in 2022. Those standards did not affect this year’s nominees.

McDormand, who produced as well as starred in the film, had issued a call in 2018, when she was accepting her Best Actress statuette for Three Billboards Outside Ebbing Missouri, for Academy members to insist on an “inclusion rider” in their contracts, mandating diversity behind the camera. In making Nomadland, she took her own advice.