"My gun store has had a run like I've never seen before. It was just an avalanche of new gun buyers for the first time." 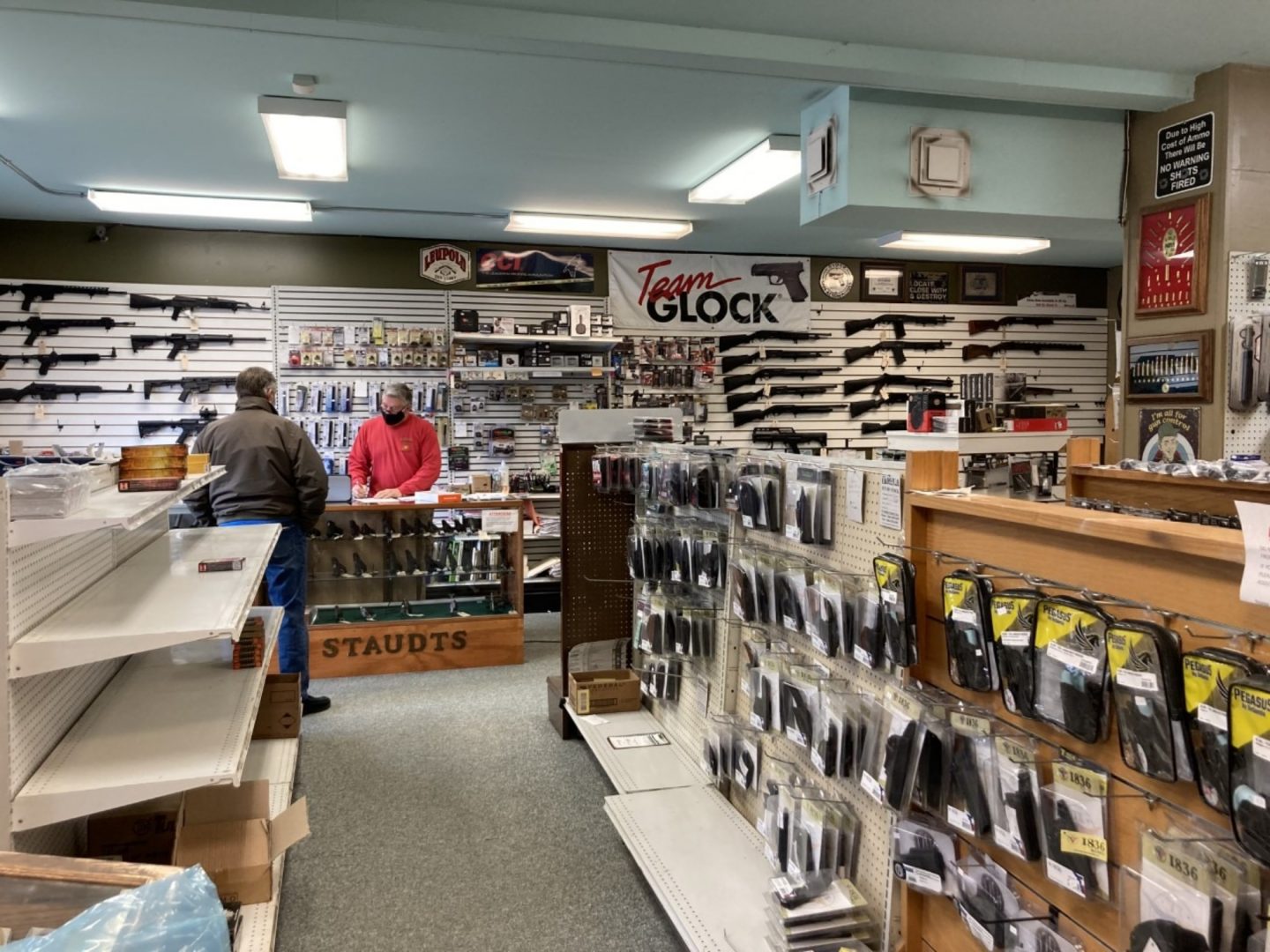 (Washington) — First time gun owners, young and old from across the country, are helping to push record levels of gun sales for what looks like the second year in a row.

“My gun store has had a run like I’ve never seen before,” said Todd Cotta, the owner of Kings Gun Center in Hanford, Calif., in the state’s agriculturally rich Central Valley. “It was just an avalanche of new gun buyers for the first time.”

These buyers are white, Black, Asian, and Latino and come from all political beliefs. And they’re being driven by uncertainty, fear, and a need to feel safe.

Gun sellers across the country said the pandemic and civil unrest over the last year has pushed customers to feel they must take control of their family’s protection. Fears of Congress passing new gun control legislation in the wake of a rash of mass shootings since March are also adding fuel to the buyer’s craze, industry insiders said.

Burbank, Calif.-based Redstone Firearms owner Geneva Solomon said both sales at her and her husband’s gun store and enrollment in their firearms education classes are up.

Solomon said she and her husband try to calm the nerves of first time buyers in those classes, in which they go over the fundamental rules of gun ownership.

“We’ve definitely seen an uptick in the class options we offer,” she said. “Before they would never sell out. Now they sell out two days after we post them.”

FBI data show that six of the top 10 days for instant background checks — which are required by the federal government before a licensed firearms retailer can sell a gun — were last month alone. It reported that the week of March 15 to 21 was the top week for FBI background checks since 1998, completing 1,218,002 total firearms checks.

During the entire month of March 2021, the FBI completed nearly 4.7 million background checks compared to the same month the year before, when the agency reported 3.7 million checks.

A spokesperson for the FBI said the agency’s Criminal Justice Information Services Division’s National Instant Criminal Background Check System Section “is unable to speculate on factors that cause an increase or decrease in firearm background check volumes.” 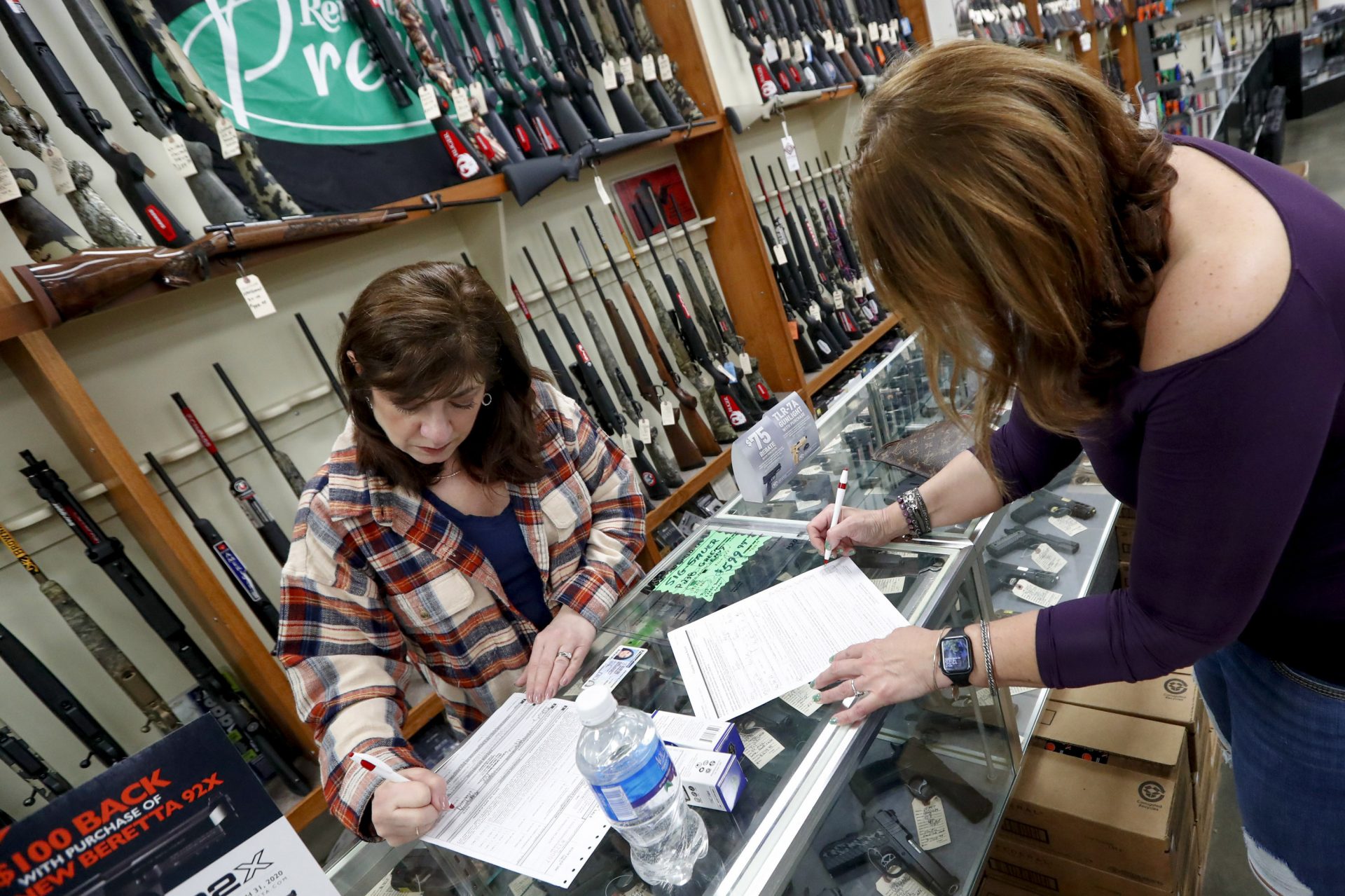 Andrea Schry (right) fills out the buyer’s part of legal forms to buy a handgun as shop worker Missy Morosky fills out the vendor’s parts after Dukes Sport Shop in New Castle, Pa., reopened on Wednesday.

“Today’s gun owner looks a lot less like me and looks a whole lot more like America,” Oliva, who is white, said.

Most often, the first timers are purchasing a semiautomatic handgun, outpacing the second-most purchased firearm, shotguns, by a 2 to 1 margin, according to NSSF.

Solomon, owner of Redstone Firearms and who has been running California’s only Black owned-gun shop since 2015 with her husband, said in the last year, she’s noticed an increase in the number of Black women who have come into the store to buy a gun.

Part of that interest stems from the strained relations between the Black community and police, and a real fear of dialing 911 in emergencies, she said.

“Because of that most of our customers that have come in here take on that personal responsibility to be able to protect themselves,” she said.

These women are also mothers who want to learn about firearms to share that education with their children, Solomon said. That way, if their children were to ever come across a gun, they would know what to do. 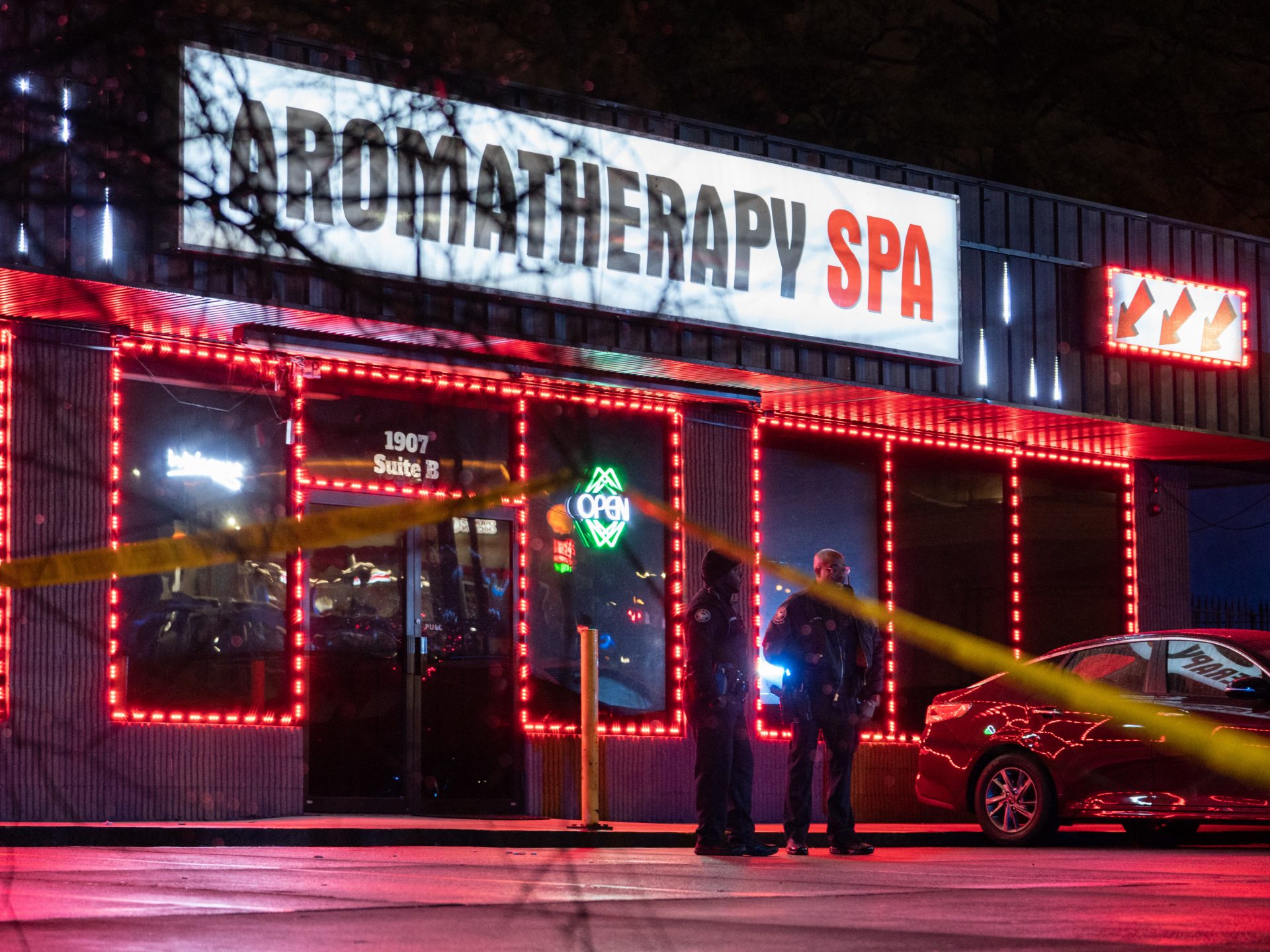 Law enforcement personnel are seen outside a massage parlor where a person was shot and killed on March 16, 2021, in Atlanta, Georgia. – Eight people were killed in shootings at three different spas in the US state of Georgia on March 16 and a 21-year-old male suspect was in custody, police and local media reported, though it was unclear if the attacks were related.

In the wake of mass shootings at workplaces, grocery stores, and spas in Indianapolis; Boulder, Colo.; and Atlanta, lawmakers have called for comprehensive gun control legislation.

That effort often has an unintended effect.

“We see this trend often – whenever high profile mass shootings occur people begin stockpiling weapons out of fear that the government will restrict gun rights,” said James Densley, co-founder of The Violence Project, a nonprofit, nonpartisan research center that tracks public mass shootings in the U.S.

“It’s a reactionary response,” he said.

Social and political unrest also overlap with a bump in background checks and gun sales, data and anecdotal evidence indicate. 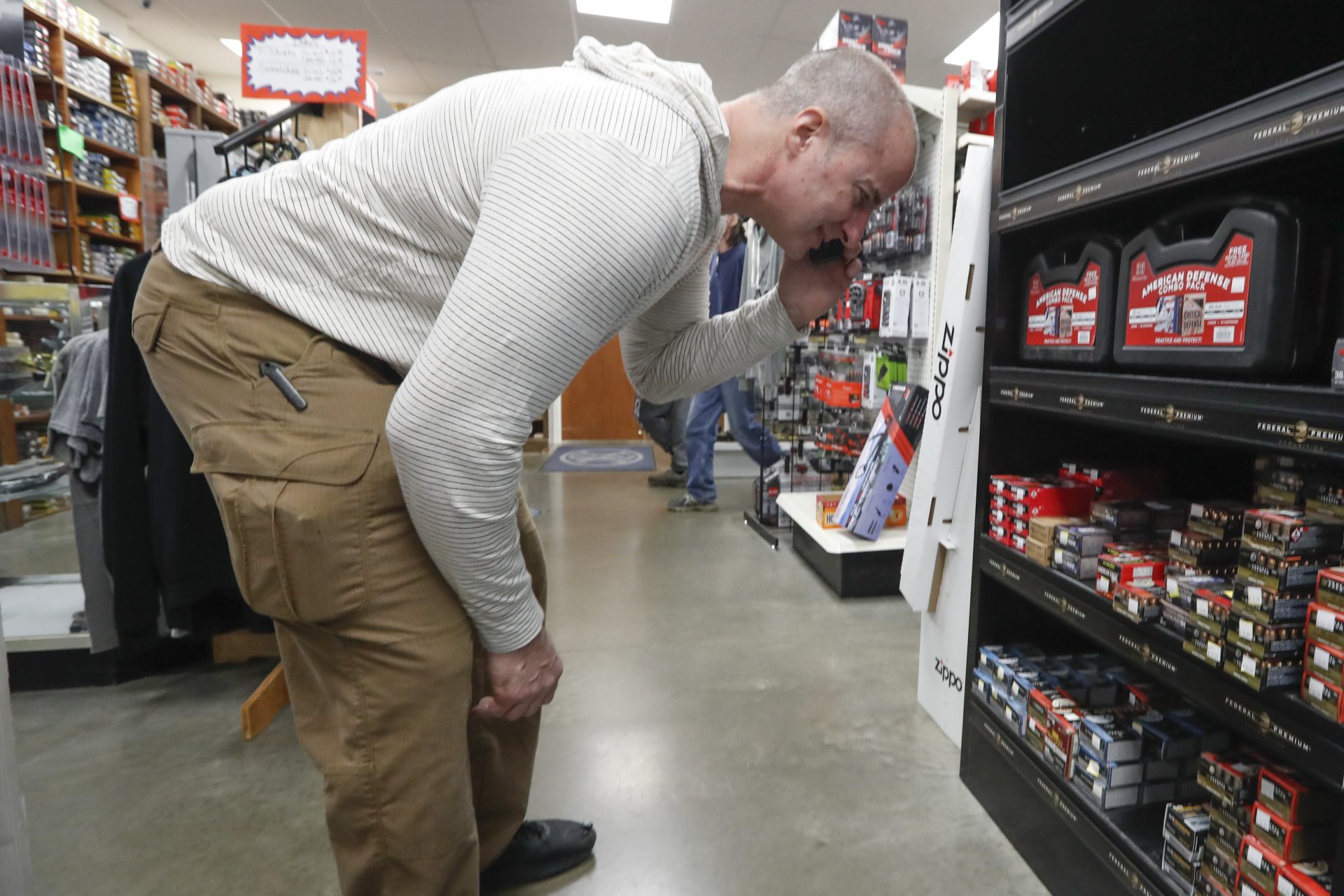 Wes Morosky looks for specific ammunition for a customer on the phone at Duke’s Sport Shop, Wednesday, March 25, 2020, in New Castle, Pa.

“If I would’ve had a supply of guns and ammunition throughout this last year, it could’ve been a big boon for me,” Cotta said. “But I’m running on 10% of the inventory I used to run with and I can’t restock it even today.”

That’s due, in part, to pandemic-induced inventory issues, such as shipping delays, and continued demand. Manufacturers have focused on pushing out just the most popular gun types to fulfill orders, Cotta said.

The most popular tend to be semiautomatic 9mm pistols and other handguns, Cotta said.

Solomon said customers were forgoing their preferred color of gun just to get their hands on any firearm.

“People got to the point where they wanted to get their training started and just bought whatever we had in inventory,” she said.

Both retailers said they expect a good percentage of first-time buyers (Cotta said about 20-30% and Solomon said 60%) have, or will, return to become regular customers.

And they seem to return with a boost in confidence.

“There is a sense of freedom and a feeling like they can protect themselves,” Solomon said.

100 days: How President Joe Biden has fared so far on his promises