This Sept. 6, 2019 file photo, shows the Eagle Butte coal mine just north of Gillette, Wyo. While most states pursue ways to boost renewable energy, Wyoming is doing the opposite with a new program aimed at propping up the dwindling coal industry by suing other states that block exports of Wyoming coal and cause Wyoming coal-fired power plants to shut down.

Miners’ union backs shift from coal in exchange for jobs

The president of the United Mine Workers of America, said ensuring jobs for displaced miners is crucial to any infrastructure bill taken up by Congress.

(Washington) —  The nation’s largest coal miners’ union said Monday it would accept President Joe Biden’s plan to move away from coal and other fossil fuels in exchange for a “true energy transition” that includes thousands of jobs in renewable energy and spending on technology to make coal cleaner.

Cecil Roberts, president of the United Mine Workers of America, said ensuring jobs for displaced miners — including 7,000 coal workers who lost their jobs last year — is crucial to any infrastructure bill taken up by Congress.

“I think we need to provide a future for those people, a future for anybody that loses their job because of a transition in this country, regardless if it’s coal, oil, gas or any other industry for that matter,” Roberts said in an online speech to the National Press Club.

“We talk about a ‘just transition’ all the time,” Roberts added. “I wish people would quit using that. There’s never been a just transition in the history of the United States.”

Sen. Joe Manchin, D-W.Va., appearing with Roberts at the Press Club event, said measures to help coal miners in West Virginia and other rural states must be part of the $2.3 trillion infrastructure package taking shape in Congress. 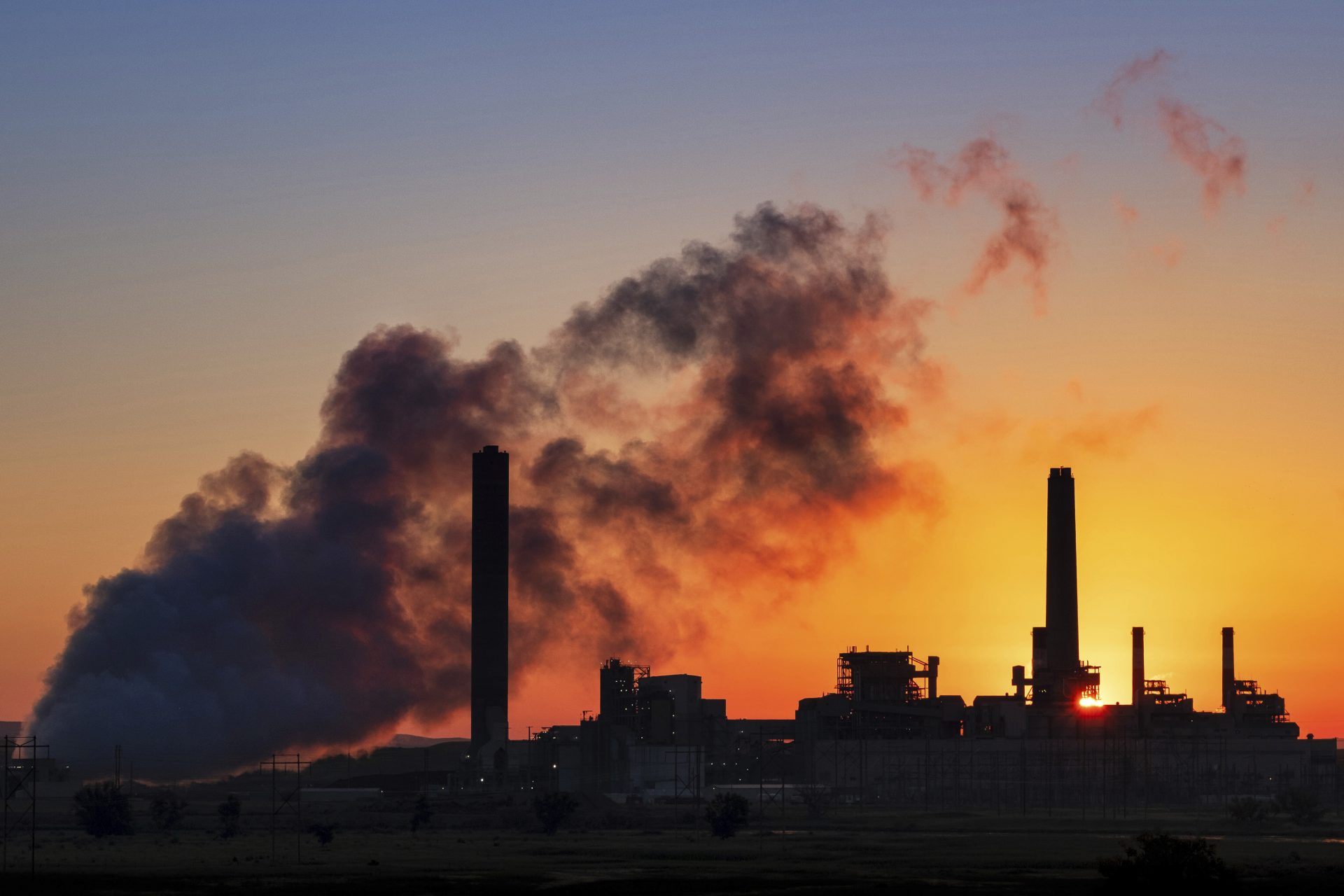 In this July 27, 2018, file photo, the Dave Johnson coal-fired power plant is silhouetted against the morning sun in Glenrock, Wyo.

“Basically what is needed … is the human infrastructure,” Manchin said. “You can’t leave anybody behind,” especially those in his hard-hit state, which has lost thousands of jobs in mining and other resource extraction industries jobs in recent years.

“I can tell you how West Virginia feels. We feel like returning Vietnam veterans,” Manchin said. “We’ve done every dirty job you’ve asked us to do. We never questioned. We did it and performed well. And now all of a sudden we’re not good enough, we’re not clean enough, we’re not green enough and we’re not smart enough. You want to know why they quit voting for Democrats, that’s the reason.”

A plan put forward by the mine workers’ union calls for significant expansion of tax incentives for renewable energy and preference in hiring for dislocated miners; full funding for programs to plug old oil and gas wells and clean up abandoned mines; and continued incentives to develop so-called carbon capture and storage technology that traps carbon dioxide produced by burning fossil fuels and stores it underground.

The union proposal, and Manchin’s endorsement, comes as Congress is considering Biden’s $2.3 trillion infrastructure package to rebuild the nation’s roads, bridges and power grid, promote electric cars and boost clean energy such as solar and wind power. A bipartisan group of lawmakers met with Biden Monday to discuss the plan.

Republicans have slammed the infrastructure package as a Democratic “wish list” with huge tax hikes, including a proposal to raise the corporate tax rate to 28%. Manchin, a centrist and key Democratic vote, has said he prefers a 25% corporate rate.

In his remarks Monday, Manchin made it clear he wants to preserve the coal industry, despite continued declines nationwide amid steep competition from cheaper natural gas and other energy sources.

“I’m for innovation, not elimination” of coal, Manchin said, adding that even if coal was reduced to zero in the United States, thousands of carbon-polluting coal mines would still operate in China and other countries. “It’s not North America climate. It’s global climate,” he said.

As part of the mine workers’ proposal, Manchin endorsed a Democratic bill that would invigorate labor unions, following decades of court defeats and legislative setbacks. The House passed the Protecting the Right to Organize, or PRO Act, in March, but the measure faces a near-certain Republican blockade in a narrowly divided Senate.

The bill would reverse “right to work” laws that have crimped unions’ ability to collect dues from workers who refuse to join, yet benefit from deals negotiated on their behalf. It also would block tactics employers can use to drag out organizing drives, contract negotiations and ratification of labor agreements.

Manchin said the bill would “level the playing field” for union workers, but a pro-business group said Manchin was siding with “union bosses” over West Virginia’s workers and small businesses. 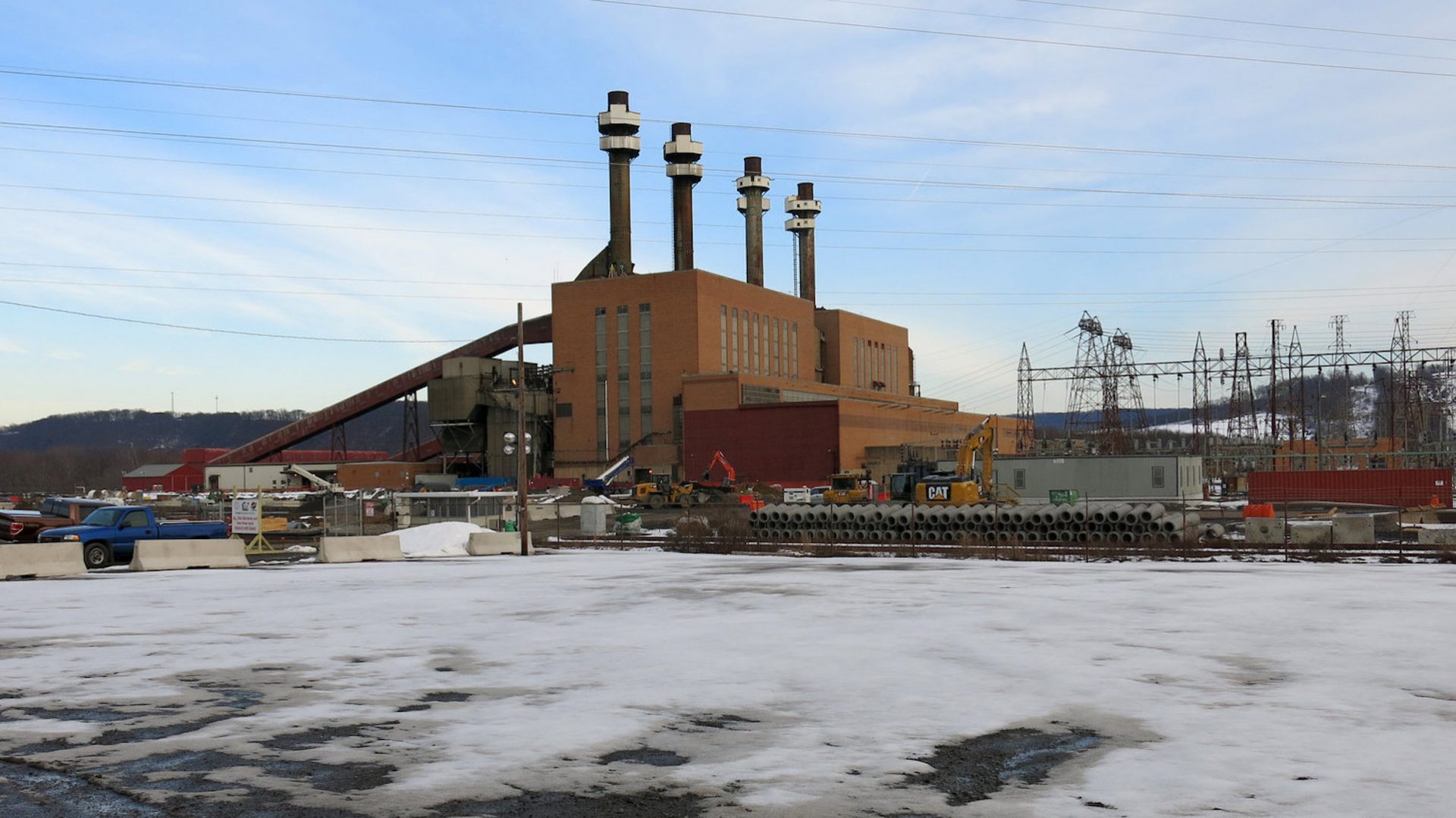 The coal plant in Shamokin Dam, Pa., is a local landmark that delivered electricity to this region for more than six decades. It closed in 2014. Next to it, a brand new natural gas power plant is under construction. The Sunbury Pipeline will feed Marcellus Shale gas into that plant.

The bill would strip workers of “vital privacy rights,” forcing employers to turn over personal contact information to union organizers, said Kristen Swearingen, chair of the Coalition for a Democratic Workplace, a group representing the U.S. Chamber of Commerce, National Association of Manufacturers and other organizations.

“With unfettered access to employees, labor organizers would have the ability to harass and bully workers into joining a union against their will,” she said.

Biden’s infrastructure proposal includes $16 billion to plug hundreds of thousands of “orphaned” oil and gas wells and clean up abandoned coal and hardrock mines that pose serious safety and environmental hazards. The White House said the plan would create thousands of jobs and remediate pollution, including greenhouse gases that contribute to global warming.

Biden’s plan also includes tax incentives for renewable energy and billions in spending to deploy carbon capture and storage, two other elements of the union proposal.