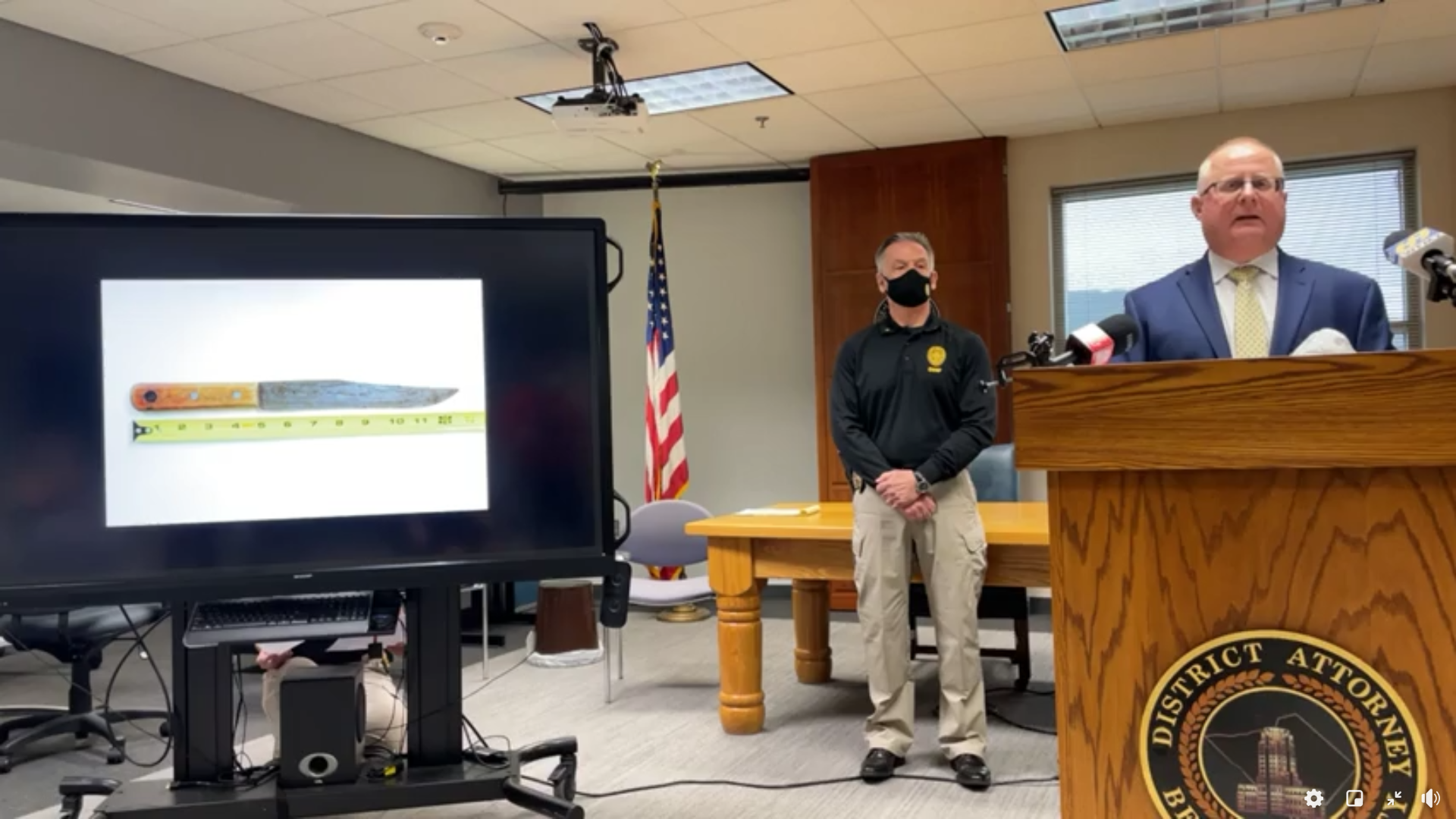 This story has been updated with a statement from the lawyer of Stephen Hughes’ family.

“While it is very unfortunate that a life was lost, the action taken by the officer involved was for protecting himself and his fellow officer,” Adams said Thursday. “Therefore this was a justified use of force.”

On March 15, Hughes’ niece called the police, saying her uncle was intoxicated, had a knife and had threatened her.

When police arrived, Hughes had locked himself in a bedroom. Police were concerned that Hughes was going to hurt himself after he stopped responding to them through the door.

When the officers unlocked the door and entered the room, Hughes brandished a knife and did not follow officers’ instructions to drop it.

Officers attempted to use a stun gun on Hughes, 62, but it did not work. One of the stun gun probes hit a metal part of Hughes’ clothes, which prevented the stun gun from properly working, Adams said.

Hughes continued to approach officers with the knife and did not drop it as officers instructed him to. That is when an officer shot Hughes once in the chest, killing him, Adams said.

Stephen Hughes’ daughter, Anjie Hughes, did not comment on Adams’ findings, but the family’s lawyer sent a written statement in regards to Adams’ decision to not file criminal charges against the officer.

“[M]ultiple officers responded to Mr. Hughes’ house because he was in need of mental health care,” the statement said. “Instead of providing that care, they entered his home without his permission, forced their way into his locked bedroom, and shot him in the chest.”

“We will continue to seek transparency and accountability, and we call on Muhlenberg Township to release all materials related to this investigation to Mr. Hughes’ family as soon as they receive it,” the statement said.

WITF submitted a Right-To-Know request for written, audio and video records of the incident last month. That request was denied by Muhlenberg Township Police, who said the materials were part of a criminal investigation.

Hughes’ daughter and activists say police did not have to use deadly force.

“The police didn’t need to kill him,” Anjie Hughes said last month in a joint statement with the civic group Berks Stands Up. “What they did to my father was completely unjustified.”

Anjie Hughes also told Daily Voice last month that her father, who was a cancer patient undergoing chemotherapy, would sometimes get emotional and confused after his treatments.

She also told WFMZ 69 News on the day of her father’s killing that his brain cancer diagnosis caused him to need psychiatric help.

“The mental health professional advised her to contact the police because in his professional opinion, he felt that Hughes was a possible threat to himself or others,” Adams said.