The Capitol is seen at dusk as work in the Senate is stalled on the Democrats' $1.9 trillion COVID-19 relief bill, in Washington, Friday, March 5, 2021.

In Pennsylvania, redrawing the districts to correspond with population shifts identified by the 2020 census will have a particularly unpredictable effect on congressional districts, since the state is expected to lose a district. 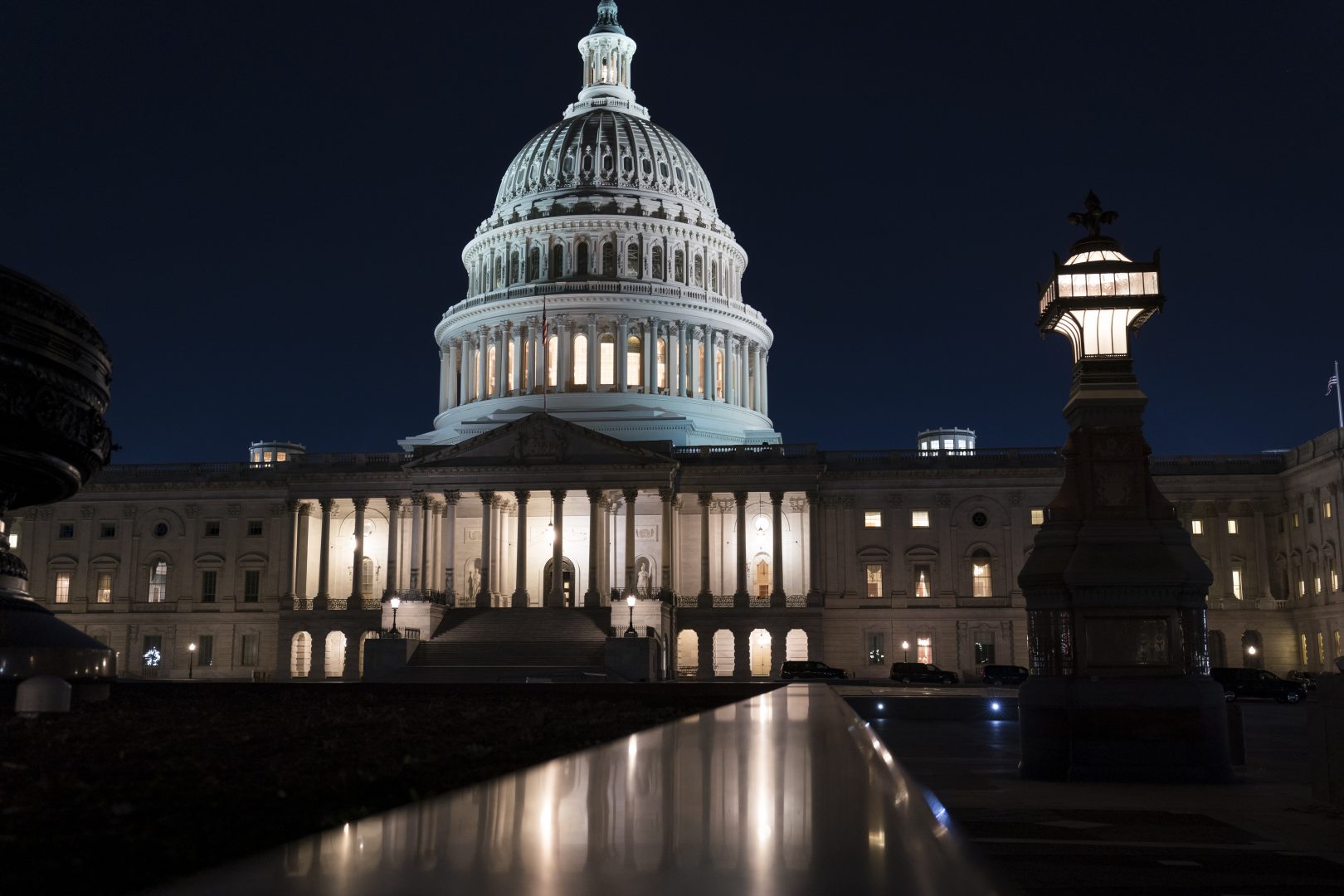 The Capitol is seen at dusk as work in the Senate is stalled on the Democrats' $1.9 trillion COVID-19 relief bill, in Washington, Friday, March 5, 2021.

(Harrisburg) — There may be nothing more nerve-wracking for a member of Congress than redistricting, when the once-a-decade redrawing of district boundaries injects a dose of uncertainty into their political careers.

In Pennsylvania, redrawing the districts to correspond with population shifts identified by the 2020 census will have a particularly unpredictable effect on congressional districts, since the state is expected to lose a district.

That means there will be 17 districts for 18 incumbent U.S. House members from Pennsylvania when next year’s elections roll around, raising the question of whose district will disappear and whose political career could be upended.

“I think the first question that everybody asks is, ‘Is anybody retiring?’” said Ryan Costello, a former three-term congressman from Chester County. 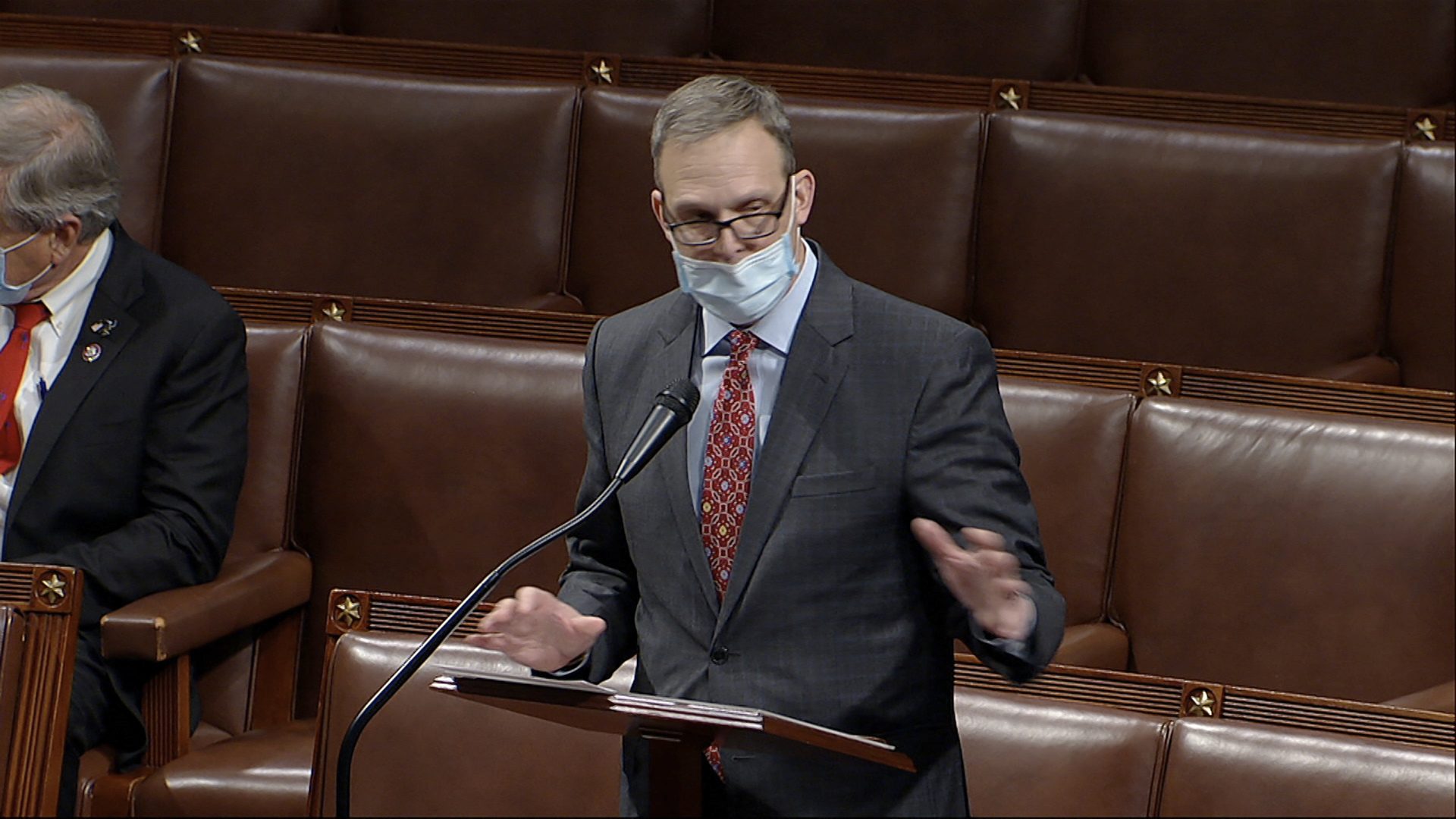 By the end of April, the U.S. Census Bureau is releasing the first numbers from the 2020 census, including the state population count that determines how many congressional seats and Electoral College votes each state gets.

If that confirms projections that Pennsylvania will lose a seat, it will be the 10th consecutive decade that the Keystone State has lost clout in Congress and presidential contests as its population growth continues to lag behind the nation’s.

A new map of districts must win approval from the Republican-controlled Legislature and Gov. Tom Wolf, a Democrat, and the districts they draw could have a dramatic effect on the political careers of the state’s 18 U.S. House members.

If each of the 18 wants to run for another term in Congress, two of them will have to run against each other.

What they have to look forward to is a bare-knuckled political exercise in a state Capitol where partisan disagreements over how the pandemic and last year’s election were handled have sown a particularly poisonous atmosphere.

A new map is necessary before it is time to circulate petitions to get on next year’s primary ballot. If Wolf and lawmakers can’t agree on one, the state Supreme Court will do it for them.

“What is this map about? Power,” said Jim Burn, a former state Democratic Party chair. “I would fall out of my seat if (Wolf and GOP lawmakers) worked it out. That’s why I think the court will have to take the lead in working it out again.”

Courts have gotten involved in at least the last three redistricting rounds, to some extent, including ordering the map redrawn in 2018 after ruling that Republicans had unconstitutionally gerrymandered it six years earlier to benefit their party’s candidates.

What makes Republicans nervous is that the state Supreme Court has a 5-2 Democratic majority. 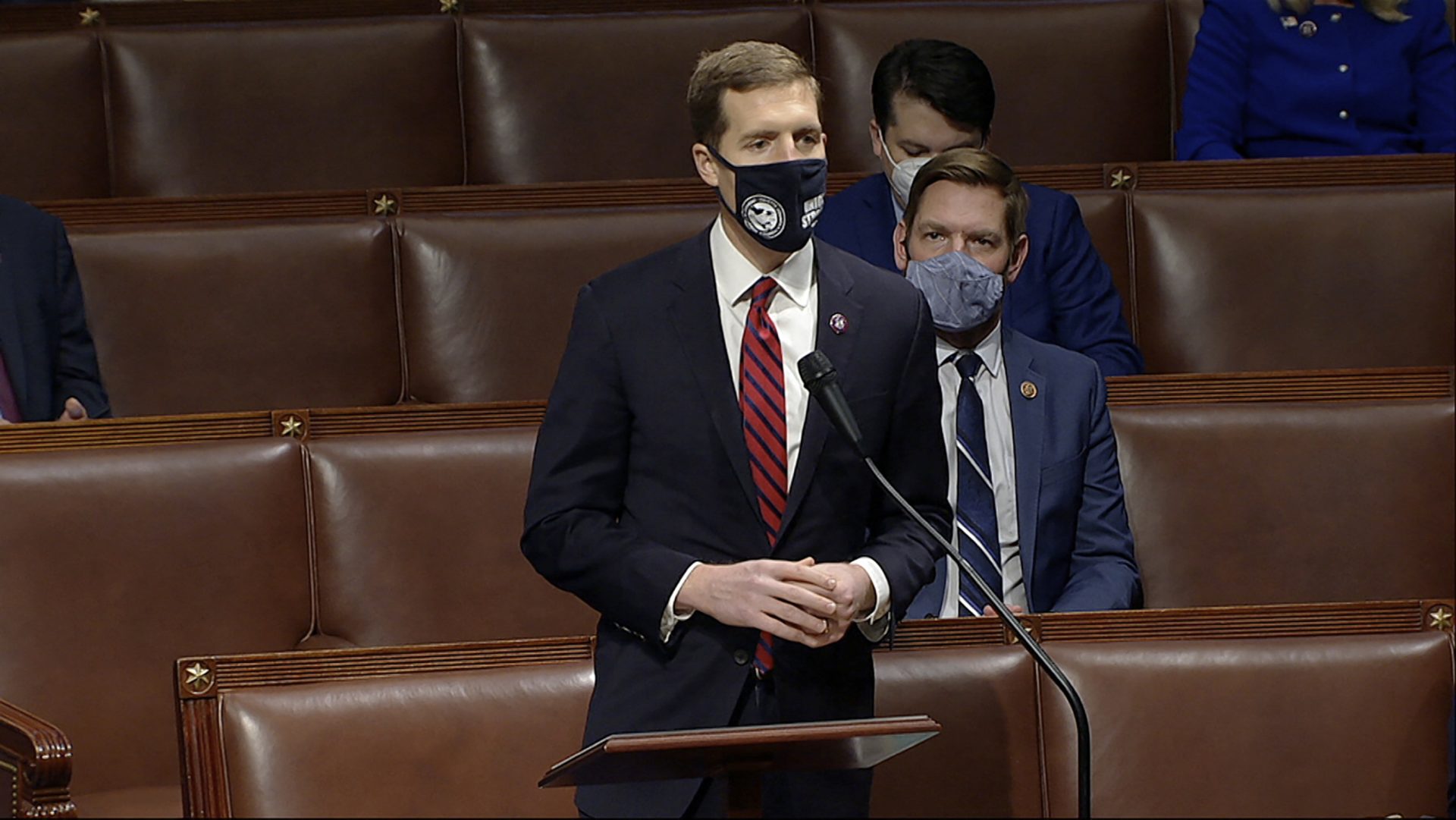 In this image from video, Rep. Conor Lamb, D-Pa., speaks as the House debates the objection to confirm the Electoral College vote from Pennsylvania, at the U.S. Capitol early Thursday, Jan. 7, 2021.

The most practical place to eliminate a district is where the population is stagnant: northern and western Pennsylvania.

But by all accounts, it is too early for backroom political fights over which district must disappear.

Redistricting data necessary to drawing districts that are equal in population — they include counts of population by race, Hispanic origin, gender and housing at geographic levels as small as neighborhoods — isn’t expected to be released by the Census Bureau until August, at the earliest.

As a result, the question of how the new map will look hasn’t come up too often in conversations, said Democratic U.S. Rep. Brendan Boyle, of Philadelphia.

Rather, the discussion tends to revolve around whether next year’s primary will be pushed back because of the delay in census data or whether courts will ultimately decide the next map, Boyle said.

Of particular interest is speculation that a member of Congress — if not several — will run for higher office and thus reduce the number of incumbents lobbying state lawmakers for favorable district lines.

In next year’s election, Pennsylvania has two very attractive lures for ambitious politicians: a U.S. Senate seat and governor’s office that are opening up in 2023.

Typically, partisan map drawers strive to give each incumbent of their party a district where they live and have at least a reasonable shot at winning another term.

If an incumbent decides to retire or run for higher office, map drawers become far more likely to eliminate that district, or at least substantially change it to accommodate the wishes of incumbents who plan to run again.

“That seat then gets a little bit deprioritized,” Costello said, “because each of the political parties is going to go to bat for each of their incumbents first, not for a seat that nobody’s in.”